I mean, like I said, it really wasn’t a bad one. It got started off with an early morning workout (love starting Mondays off on the right foot!), but I was dreading having to actually get dressed and presentable to be seen in public (aka, at work). I would have much preferred to stay at home all day in my cozies with Lucas. 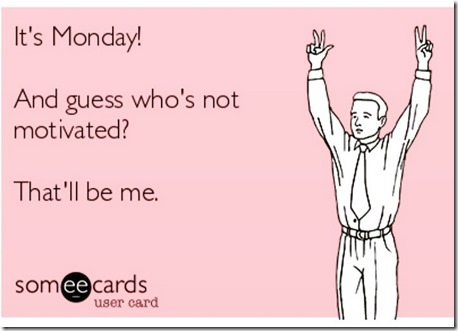 I was tempted to con myself into getting psyched about the workday by going the bribery route and saying I could stop at Starbucks for a coffee. And I probably would have, except Jay was sweet enough to make me my own coffee in the morning (which he does most mornings if I’m drinking it from home) so I really had no excuse to go at that point. I think he really makes my coffee to attempt to stop me from spending unnecessary money at these places…he’s a smart guy.

I got out on my lunch hour for a quick trip to Target, and wound up doing the “oh that looks good, I’ll snag that” move with this bag of popcorn as I approached the register. 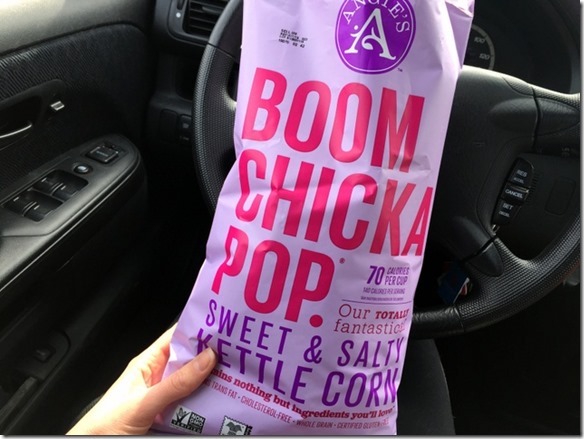 Ughhhh…this stuff is delicious. I’ve had Angie’s popcorn before, but I don’t think I’d ever tried the kettle corn. You guys probably know by now that kettle corn is one of the keys to my heart, and this stuff is legit. Trouble with a capital T.

The afternoon seemed to draaaaaag by, but eventually we made it, and I was off to get the little man. We spent some time outside once we got home, and I’m just SO excited to finally have some warmer weather around here. 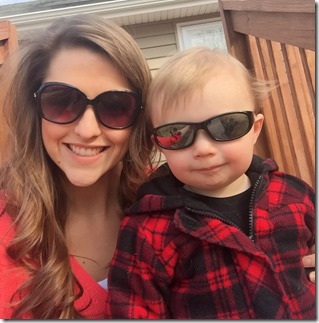 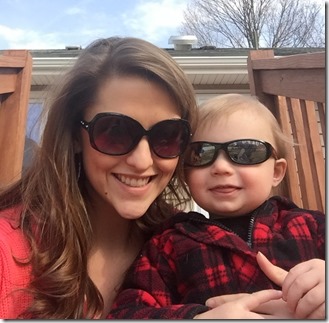 It’s so refreshing and nice to actually be able to be outside again! 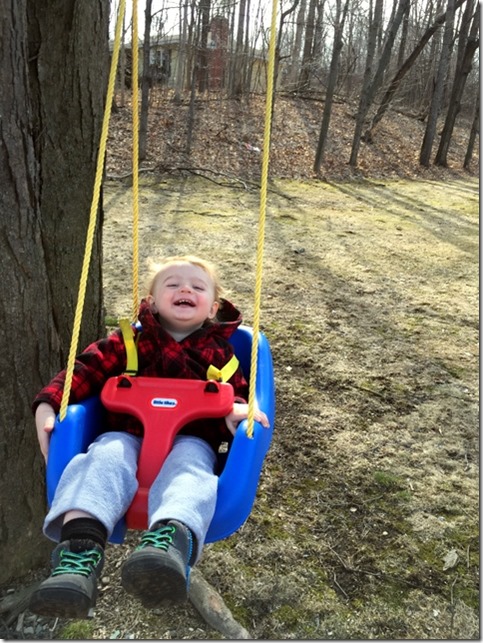 Almost an hour later, we finally made it back inside and got dinner going. 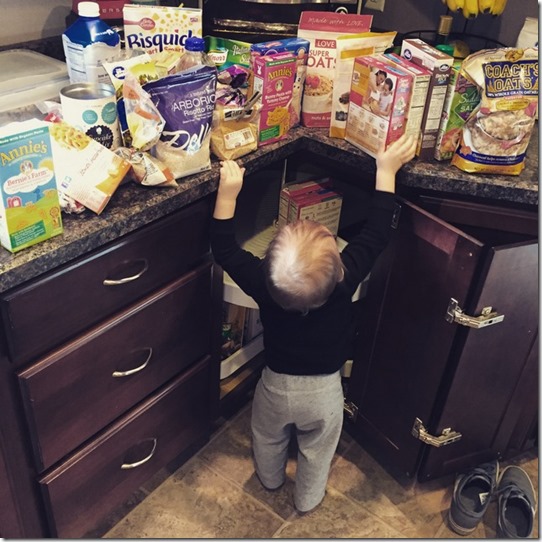 Or, rather, I attempted to get dinner going, and Lucas decided to empty out the lazy susan for me instead. Such a good…helper?

So switching gears a bit…I can’t remember where I read it, but the other day, I saw somebody talking about “things they’re terrible at.” It made my chuckle, partially because it’s a bit different from what you’d usually read, but partially because I was immediately like, “oh yeah, I could totally do a list like this.” And here we are today, because I always love poking a little fun.

Remembering to do laundry. It’s not that I’m horrible at doing the actual laundry…I’m just horrible at remembering to do it. For whatever reason, it’s just one of those chores that I never seem to think of and suddenly, our hamper is overflowing and I’m out of socks.

Making decisions. I’d say 85% of the time, making a decision is a struggle. And a lot of the time, I’ll sit on something for forever before I actually bite the bullet. Like the blog changes I just did? I’d been inquiring about them for about 5-6 months. Seriously. It can be anything from what to order for dinner, to where to go to college (oh, that was rough…). I’m really not great at it. Thankfully, though, at least 9 times out of 10, I feel like I made the right decision. I guess that indecisiveness pays off…?

Stopping at just one cookie/dessert/drink. If you put a bowl of chips in front of me, I can likely eat just one and walk away. Put some homemade cookies in front of me though? And I’m eating at least one, likely more. Same thing goes for drinks, too. If I have a glass of wine while cooking dinner, and finish before dinner is ready, it’s almost a guarantee I’m gonna pour myself another one.

Letting Lucas get dirty. This might sound really silly, and I know that it’s something I’m going to have to get over quickly, but I get so weird about letting him get full out dirty. Like when he eats, I’m constantly wiping his hands (partially because he almost always rubs his eyes or grabs his hair when he eats, and then proceeds to get food in them). And when we’re outside, I desperately try to keep him out of the muddy grass. But, being a boy mom, I know that these are some things I’m gonna have to let go of. I’m getting there!

Staying away from social media. Like a moth to a flame…

Being on time.  I am the worst, and this is one thing I really need to get  my act together on. I’m not always late, but it happens way more often than it should.

Attempting to do anything left handed. It’s just not happening. At all.

Picking up the phone. I’ve never been a huge phone talker. It’s nothing personal against anyone in particular, but I swear, texting was made for me. It’s just always so much easier for me to shoot a text to someone about something, rather than pick up the phone…and I know how terrible this is!!! I need to get better about it, especially with friends, because it really is so important to keep in touch, minus the technology of texting or social media.

Opening bags and boxes of food. This kills Jay…but for whatever reason, have the hardest time opening bags or boxes of food (like cereal, crackers, etc.) without seriously ripping something. It drives him nuts because then we always have a hard time closing them so they’re sealed shut. But yeah, I’ll admit it, I’m horrible at that.

Brushing my teeth without spilling toothpaste somewhere. Apparently, I just never learned how to brush my teeth properly? Because anytime I brush, I wind up having so much foamy toothpaste “stuff” that it winds up dripping somewhere (thankfully, it’s usually the sink, but my PJ’s might tell you otherwise).

Now it’s your turn! Tell me…what is one thing (or more!) you’re horrible at??