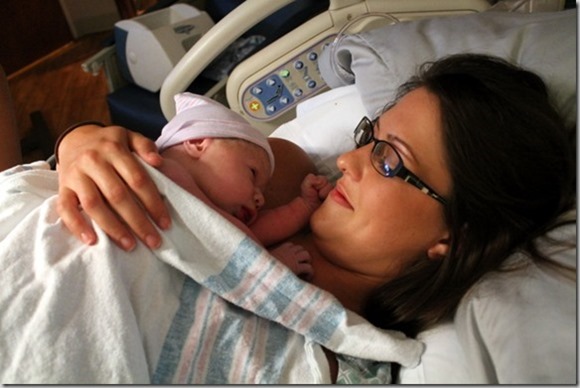 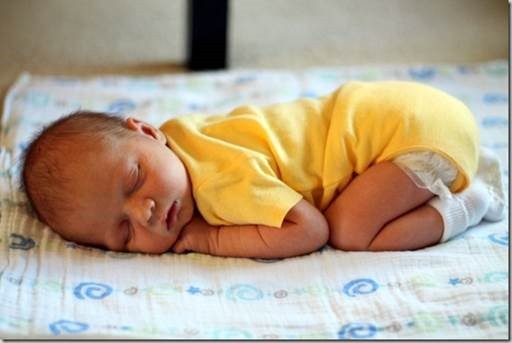 While I don’t have another baby or personal experience to compare mine to, I think it’s safe for me to say that Lucas and I really did have an amazing relationship with breastfeeding. He latched right away, and despite a couple of hiccups while we were still in the hospital after his birth, he and I had this thing down pretty well. 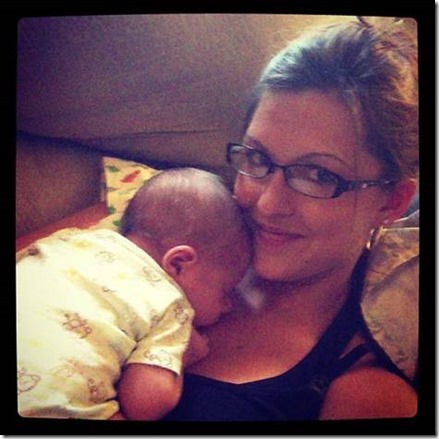 Don’t get me wrong…I’m certainly not trying to paint a beautiful picture here. Sure, he ate like a champ, but let’s not forget about the leaking, the soreness, the hot flashes, the mastitis, the rigid feeding schedule and feeling like my life revolved around my boobs, and everything else in between. But then, just like that, we made it to three months and we were still going strong. 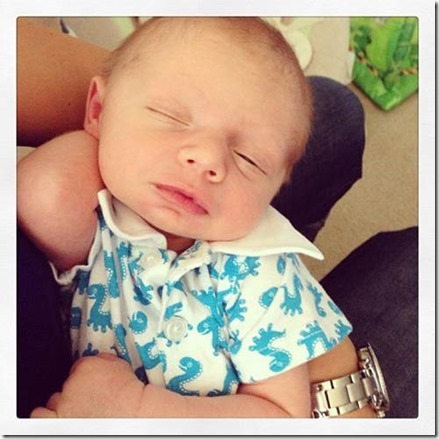 At this point, I was heading back to work and knew that our exclusive nursing sessions were now going to be broken apart with my pumping at work. Knowing that this could make things a bit more difficult, as I’d been told by many, I gave myself another new goal of making it to 6 months of breastfeeding and pumping. 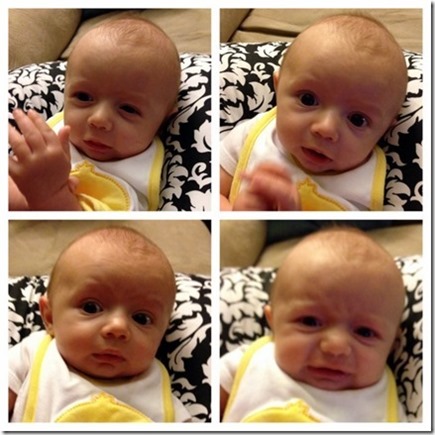 So for 166 days, I carted my pump bag to and from work. At first, I started out pumping three times a day, which was just awful. Eventually, I cut it down to two times a day, and finally, for about a month, I was able to get away with just pumping once a day at work. There were only 3 days where I forgot my pump parts at home and had to drive back and get them, so out of 166 days, I’d say that was a victory. 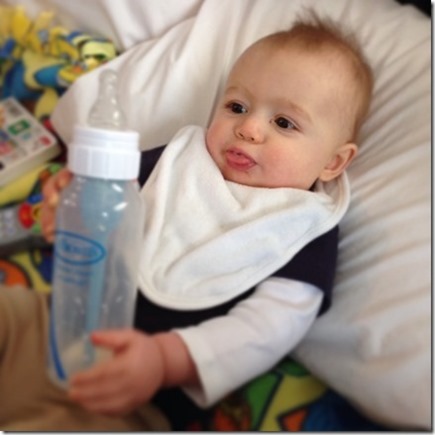 Again, with time flying quicker than ever, we found ourselves at 6 months and things were still going great. I wasn’t pumping quite enough milk every day for him, so we had to start supplementing a bit with formula around this time. Some days we needed it, others we didn’t. But I still carried on with my nursing and pumping the same way I had been. At this point I thought, “Well, we might as well try to make it to a year?,” and so, we carried on…me both surprised and thrilled that we were still at it. 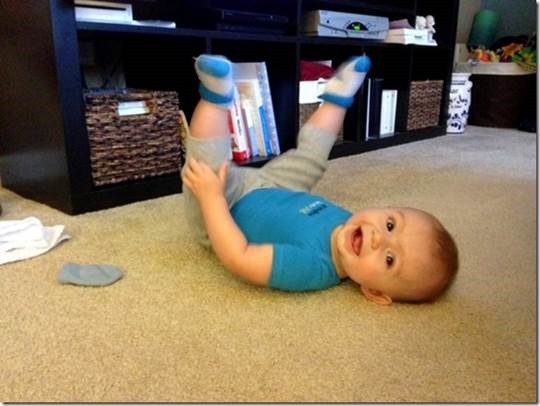 Around the 10 month mark, I was really done with pumping. My supply was getting noticeably smaller, and the output just wasn’t worth the effort in my opinion anymore (about 2-3 oz total). I told myself to stick with the pumping at work up until 11 months, which was right before we went away to Wildwood. While we were away, I attempted to nurse him in the afternoons when he’d typically get his bottle, but he was just too busy and wanted to be up and moving (either that, or he was attempting to bite me…) so we gave him a bottle instead and didn’t worry about pumping. 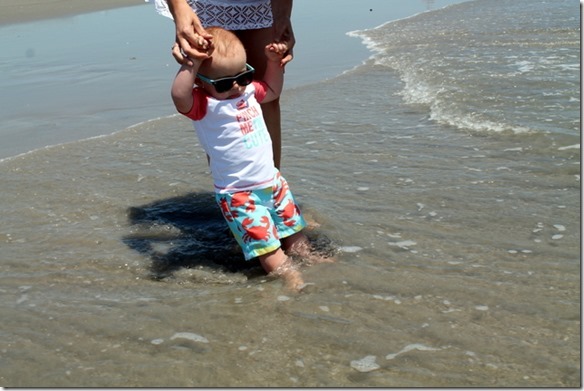 About a week after Lucas turned 11 months, I had a night where I was incredibly exhausted and just wanted to go to bed, so I skipped my usual before-bed pumping session. When I tried the next day, I got close to nothing, so that session was the next one that was nixed. I felt no discomfort or pain (as some do feel when they start to wean from breastfeeding), which I attribute to my supply already diminishing.

At this point, we were still nursing in the mornings though, and it was my one and only time Lucas and I could really have our one-on-one cuddles. No other time would he cuddle with me, except for our morning nursing session, where we’d giggle and laugh and play our blinking game. I love this time. Or rather, loved. 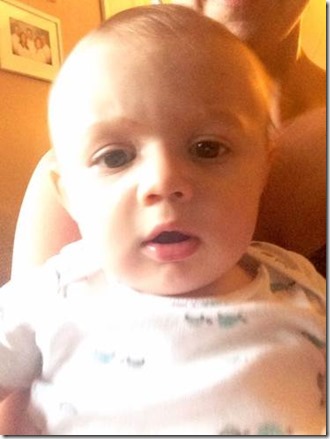 On Friday, July 11th, I went to nurse Lucas as I typically would in the morning. He latched on for 30 seconds but then the weather came on the tv and he just had to watch it, as usual (the kid loves the 7 day forecast?!). From there, he had no interest in having anymore and just wanted to play. On Saturday, July 12th, I gave it one more attempt; I sat him in my lap and as I went to get him to nurse he looked up at me with the funniest face, as if he were saying, “Umm mom, what are you doing?” And just like that, we were done.

350 days later, our breastfeeding journey was over.

And although we were just short of my goal of a year, I could not have asked for it to go any smoother. Lucas weaned himself from his final nursing session, which is exactly what I had hoped, and I didn’t have to deal with any discomfort. That morning nursing session was never really something he went nuts about, so I figured he’d be okay with however the transition was made; but knowing he helped guide that decision makes the teeny bit of mommy guilt I still feel for stopping seem a bit smaller. Honestly, we could have gone two years, and I know I’d still feel a little bit of guilt and sadness. That’s just how I am.

Breastfeeding was an immensely awesome relationship that I was fortunate enough to have with Lucas, and knowing he’s done also means he’s really growing up on me. This manages to make my heart ache and fill me with so much excitement all at the same time, because I cannot wait to see what’s to come with this sweet little boy of mine. 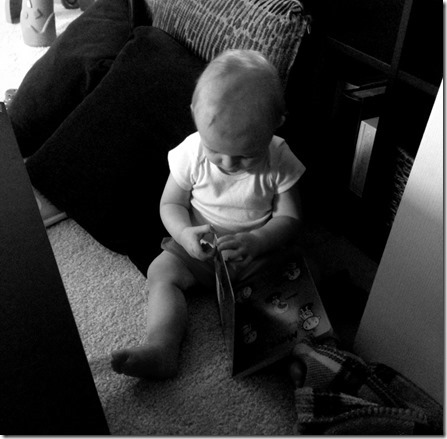