Looking for some more easy weeknight dinner ideas? Here are some recent favorites we’ve had! And, of course, you can always check out the Meal Planning Archives for LOTS of other ideas! 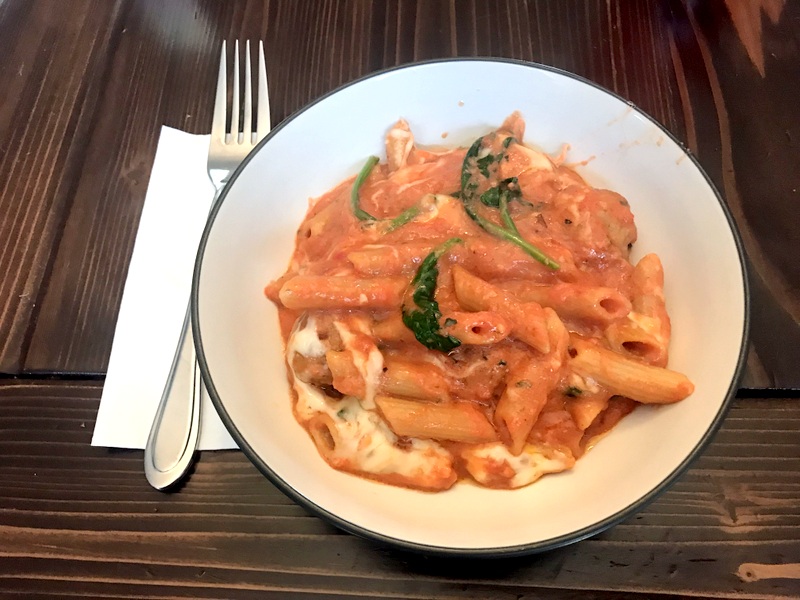 We actually just had this meal last night, and it was REALLY good!! I mean, being able to just throw everything, uncooked, into the casserole dish and letting it bake? Does it get much better that that?!?

We also added a little extra mozz on top of ours… 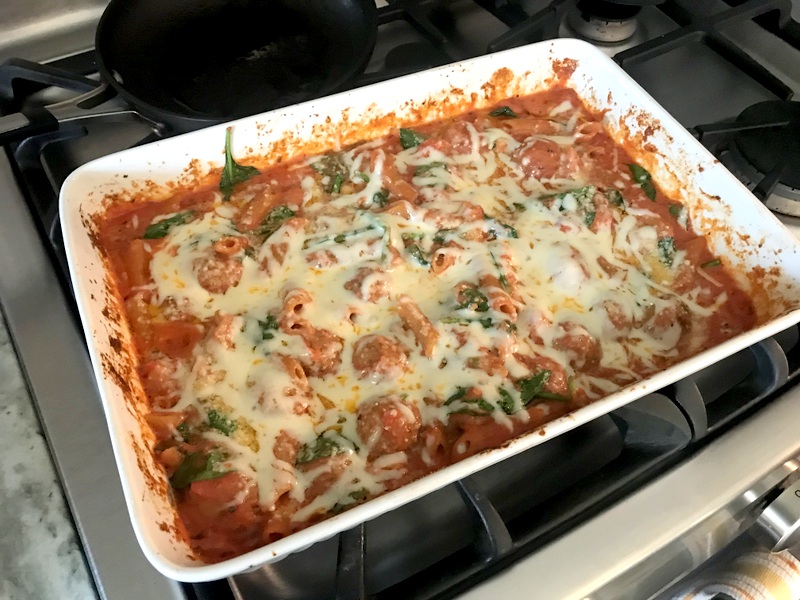 One thing I’ll note…the recipe says it should take 35-40 minutes, but we found ours to be closer to 50 minutes. And even then, it probably could have gone a little longer. The recipe also says to let it sit a little bit for the sauce to thicken up, but we were too hungry to wait.

This is a meal that I’m pretty positive both boys would have eaten, but because it was taking too long and we had already surpassed ‘hangry,’ I quickly cooked them up some hot dogs and veggies with leftover noodles. Best of intentions, right? 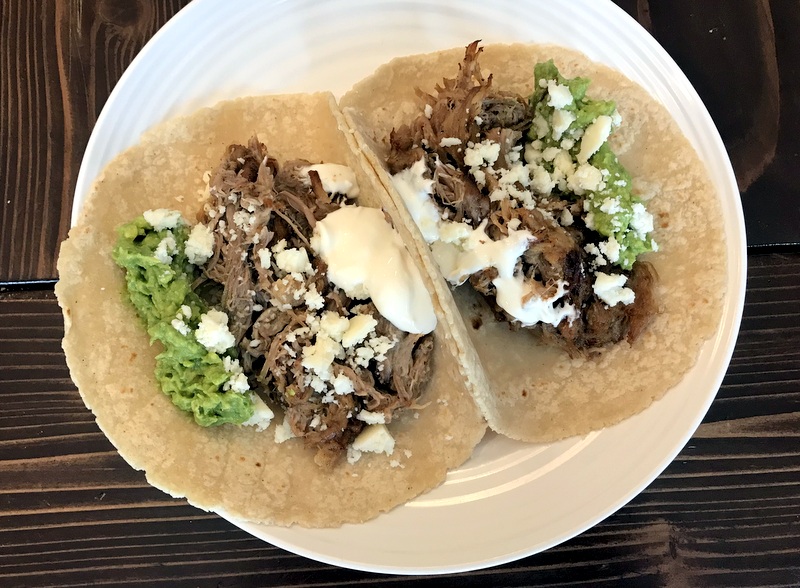 Another winning recipe from Pinch of Yum! These carnitas were SO GOOD and so full of flavor!! We didn’t feel like getting too elaborate with dinner, so we just used the meat for tacos, which were topped with some crumbled cojita cheese, homemade guacamole, and sour cream.

The recipe left us with lots of leftovers, too, so I’m sure we’ve likely got some quesadillas in our future!

I didn’t expect the boys to be too excited about these, so we served them chicken nuggets and some guacamole, along with a small serving of the carnitas to try. Alex wanted no part, Lucas enjoyed it and ate it all. 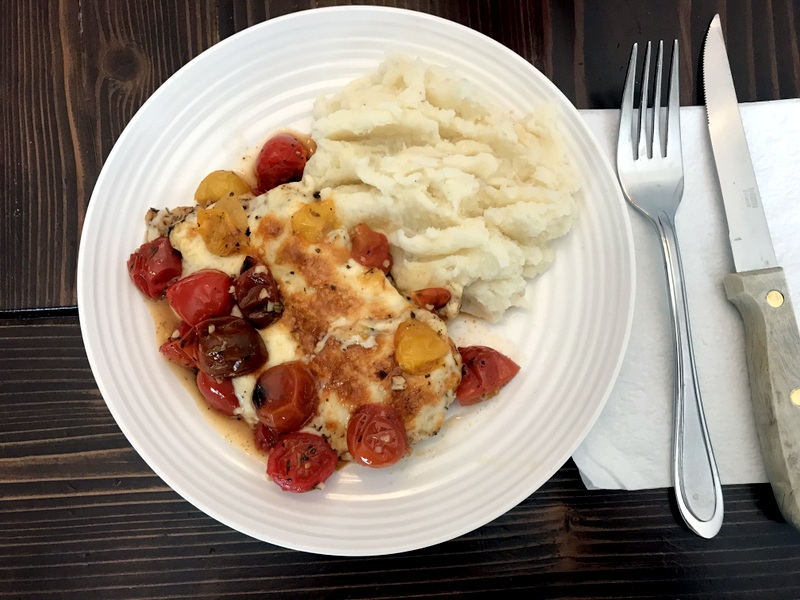 Okay, this one was incredible. Seriously. Loved the combination of the tomatoes with the garlic butter and honey, and all that fresh mozz on top of the chicken made for one heck of a dish. Just don’t do what I did and try using a (way too old) bag of frozen mashed potatoes as your side. Make the real thing.

The boys both ate the chicken from this dish, but were not interested in the tomatoes (expected) or the potatoes (don’t blame ’em). Since I anticipated them not being too into the sides, they had some cooked broccoli and leftover noodles to go with the chicken. 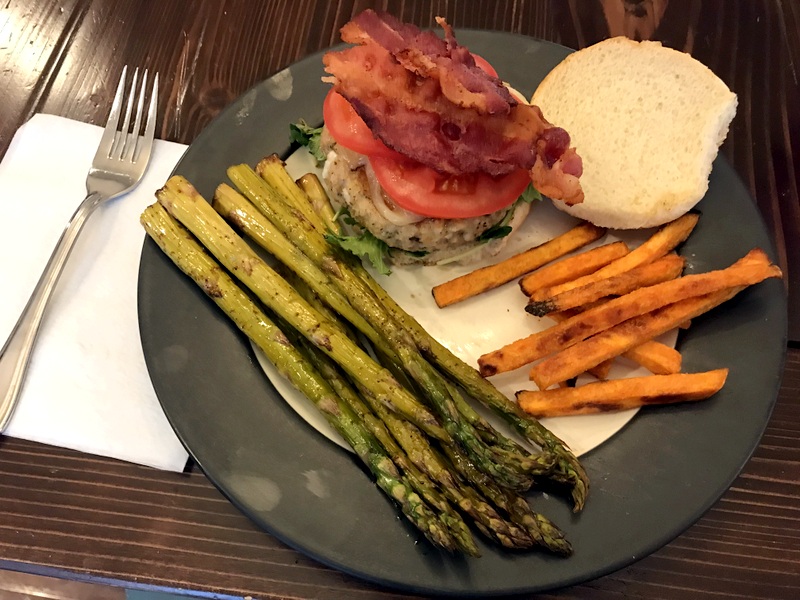 These chicken burgers are just so easy to cook up during the week, so it’s pretty common to see them around here. I had Alexia to thank for the sweet potato fries, and for the asparagus, I just tossed it in a little olive oil, salt, pepper, garlic, and balsamic vinegar.

Both of the boys ate their chicken burgers (cut up, no bun) but were not very interested in the sides. 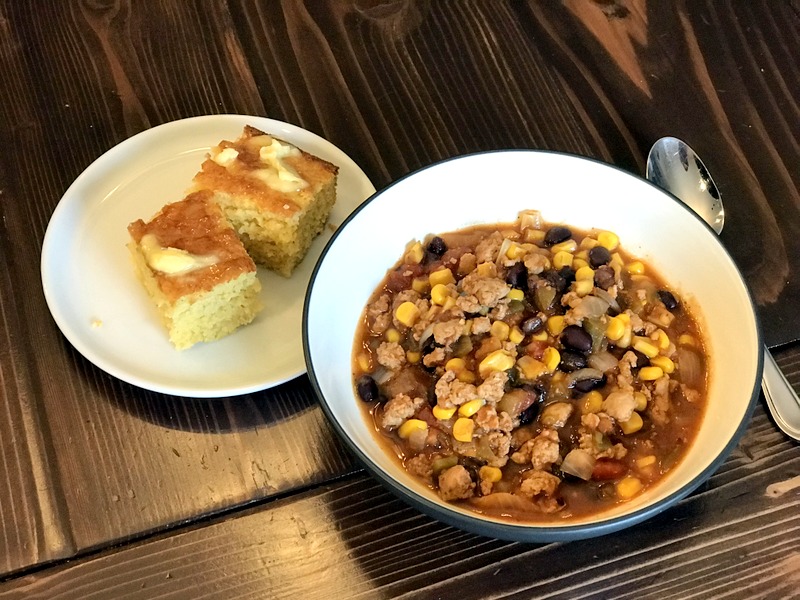 Guys…this soup. I’m OBSESSED!! It was ridiculously easy to throw together, and the flavor was fantastic. The only sub I made was ground turkey for ground beef (what I had on hand) and I will no doubt make it again.

And, not gonna lie…the only reason I wanted to make this soup in the first place was because I had a craving for cornbread and figured the two might go well together. Cornbread is just my jam. Maybe because it’s like you’re technically eating cake at dinner, but because it’s called cornbread, it’s acceptable? I don’t know.

What I do know is that making a quick, homemade honey butter to go on top of said cornbread is a necessity. And for the first time ever, I made it with Kerrygold butter, and I don’t know if I’ll ever be able to go back. WOW.

Better yet?? Both boys actually ate AND enjoyed this whole meal. I was floored! Although the soup did have a little kick to it, so they kept asking for extra water…and more cornbread. Smart kids. 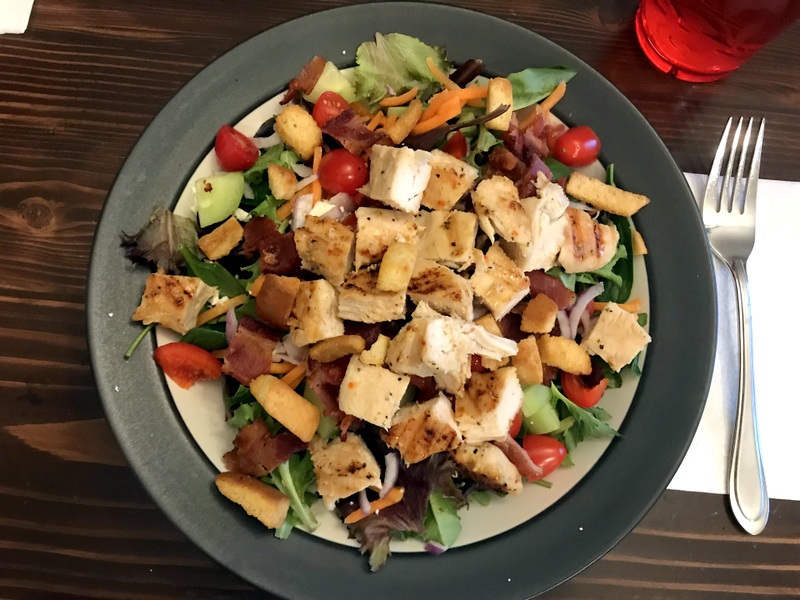 If you haven’t already caught onto it, we’re pretty big chicken/bacon/ranch fans over here. Jay more so than me, but I’m usually down for whatever it is. These salads were awesome, and were nice and quick since we already had the chicken cooked and just needed to cook up some bacon.

Since I eat salads for lunch almost everyday, it’s not too often that we have them for dinner, but sometimes, a huge dinner salad just hits the spot.

Beef and Noodles (aka Poverty Meal) 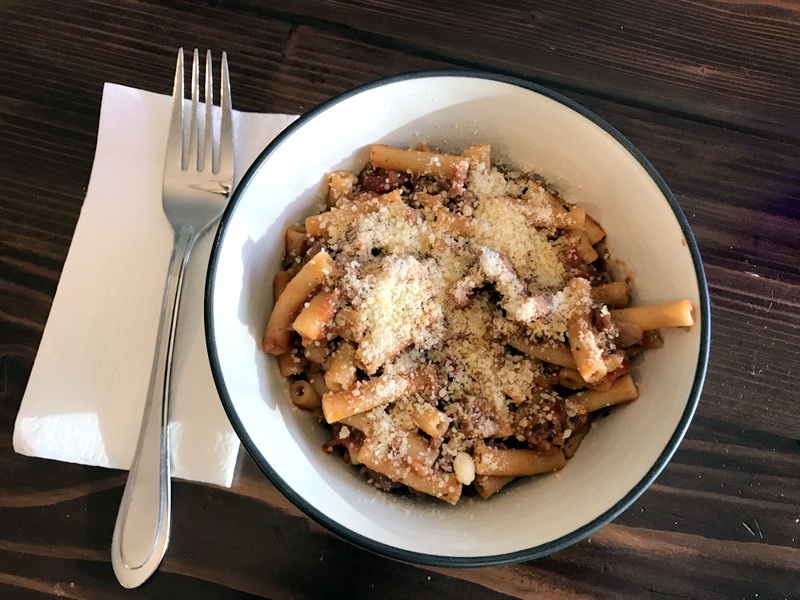 We’ve had this meal before and enjoyed it, but it just did not turn out all that great this time around. I think part of it had to do with the fact that I didn’t have stewed tomatoes so I tried subbing in diced and crushed. Ahh well.

But, go figure, the boys both liked this one, and Alex actually had three servings of it that night!

How about you guys? Any recent favorites? Share ’em below!