A weekend that’s a perfect mix of lazy snuggles and fun with friends is always a winner in my book. And this past weekend was just that. 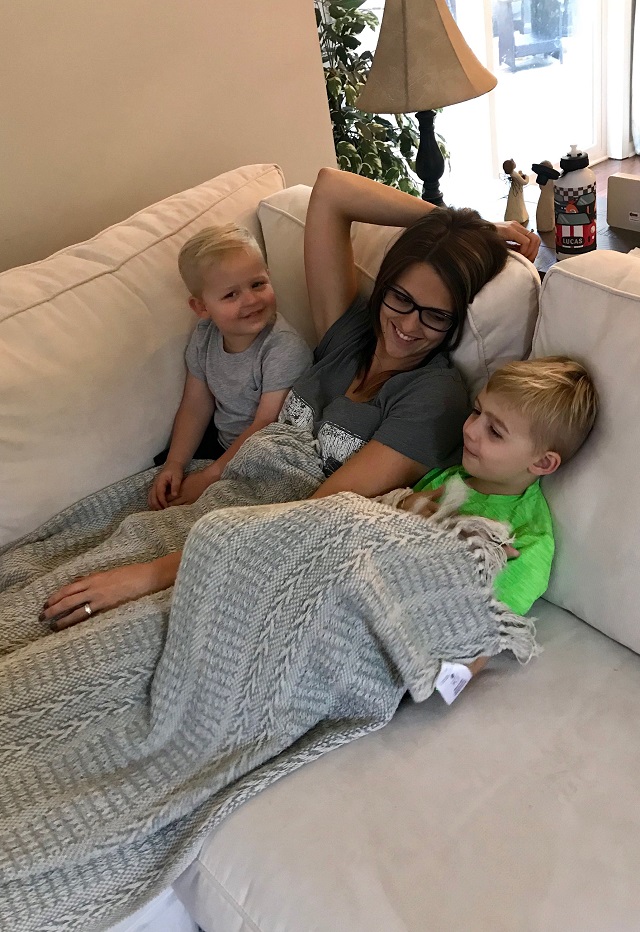 A quick change of plans on Saturday morning (Lucas was supposed to have a soccer game, but he’s been battling a cold and wasn’t feeling all that great early Saturday morning) meant that we had a little extra time to chill and be lazy.

But even better than that was the fact that Jay took both boys out with him to Home Depot shortly after, AND even stopped and picked up some of my absolute favorite doughnuts on their way back, from Schuyler Bakery. 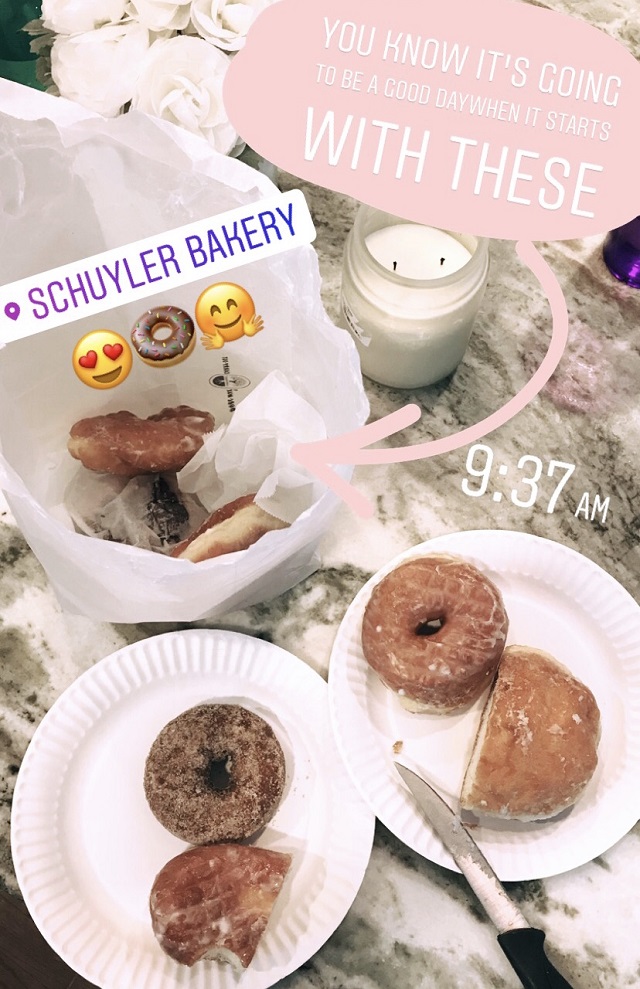 Local friends, tell me you’ve tried the glazed doughnuts from Schuyler Bakery?! I know some people say they’re a bit greasy (and I agree, they are a little)…but they’re just. so. good.

The rest of Saturday morning and afternoon was spent outside as much as possible, thanks to a little bit of summer still trying to hang on for dear life (it can hang around for as long as it wants!), and then Jay and I were lucky enough to enjoy a double date night out with our neighbor friends, John and Natalia. 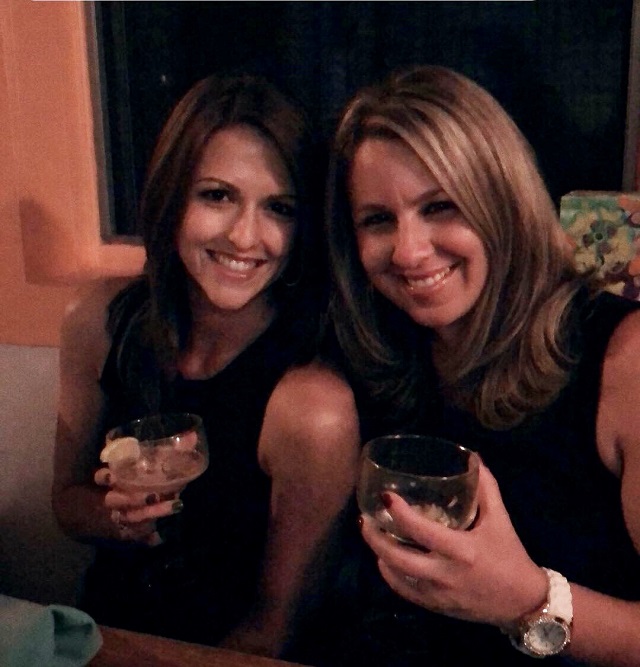 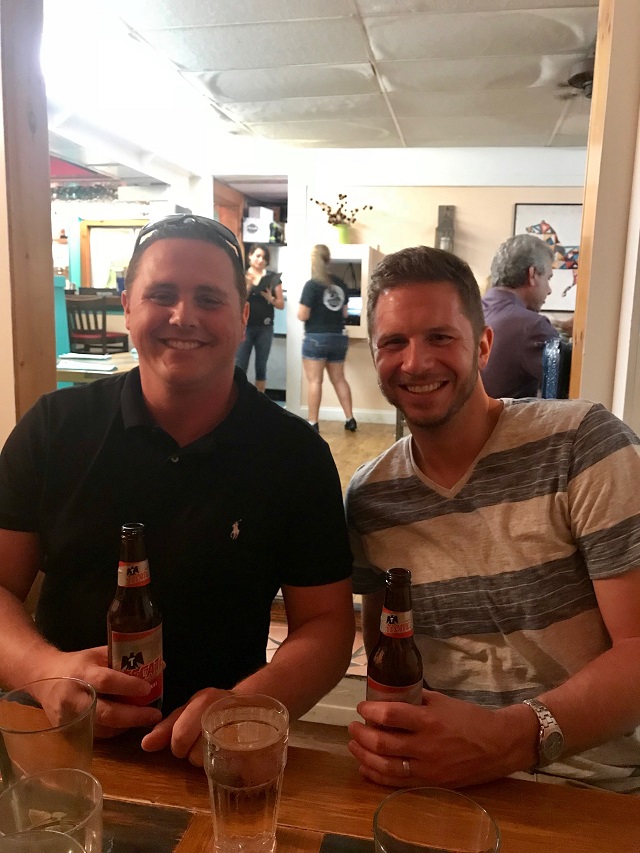 We enjoyed some delicious margaritas and dinner at Mexican Connection in Saratoga, which Jay and I haven’t been to in over 5 years (I was pregnant with Lucas the last time we were there!). Hard to believe it had been so long because they have some of the best guac around. 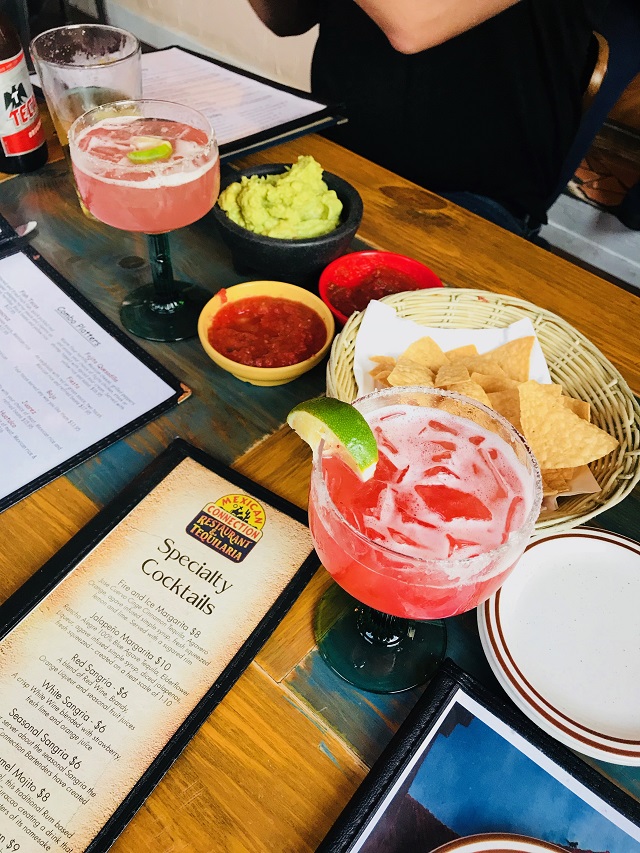 It was an awesome few hours out, and also my first experience with Uber, believe it or not. It’s pretty awesome!

Our wonderful children allowed us to sleep in until almost 8am on Sunday morning, which was very much appreciated after the later night. And then after spending the morning getting things ready, we had a few cousins/friends over for a football Sunday.

Thanks to another beautiful, late summer day, we had one game on TV inside, and had another TV on outside to watch, too. 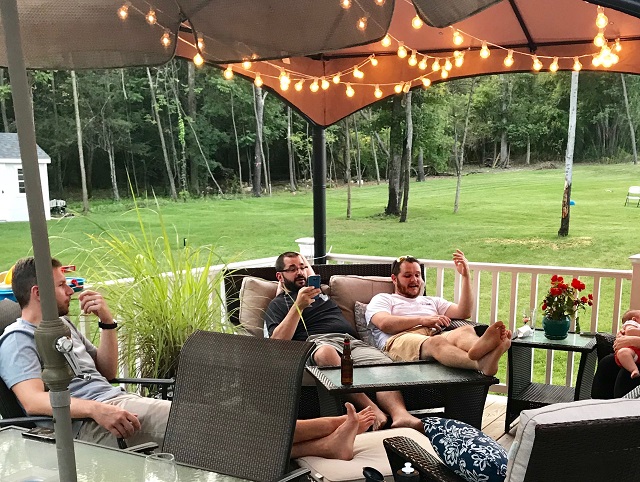 We kept the food/snacks simple with a batch of BBQ Pulled Chicken sliders, garbage bread (I did pepperoni, but my BBQ Chicken one is a favorite!), and Jay’s famous Caramelized Onion Dip. 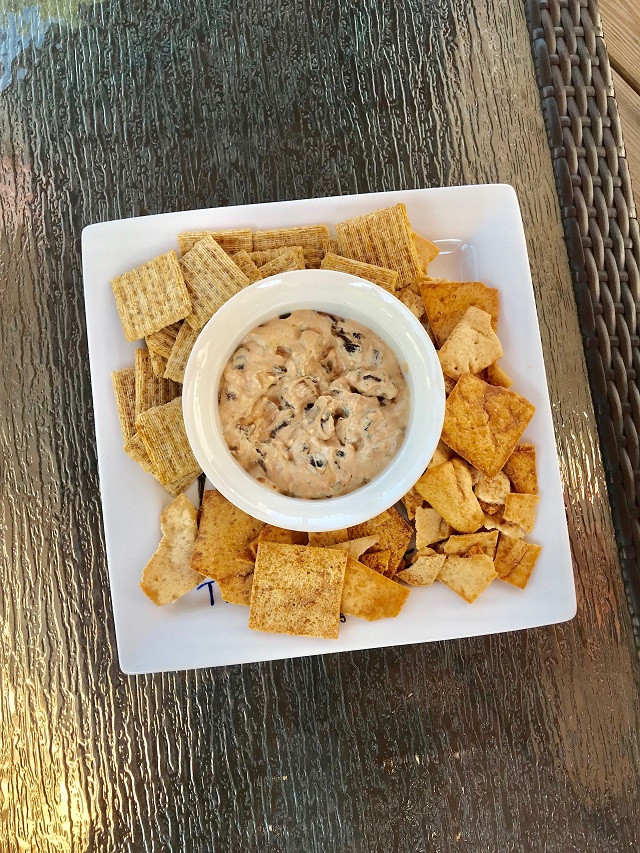 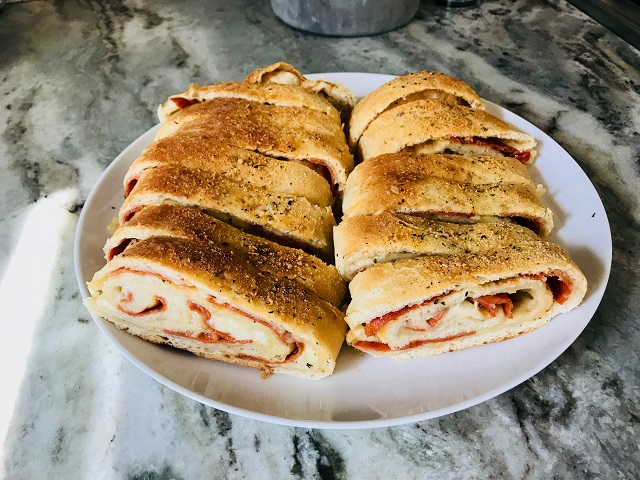 Then Mal made her delicious Oatmeal Carmelita Bars (you can see the details and my PUMPKIN version HERE!) for dessert. 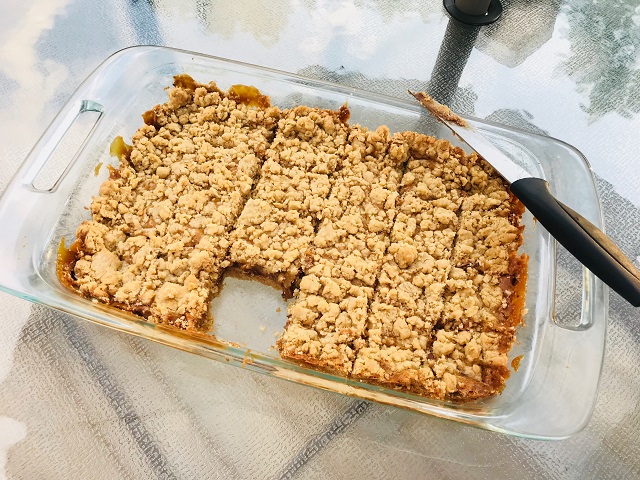 Lots of football, good food, plenty of drinks, time to play outside, and just straight up fun with friends. 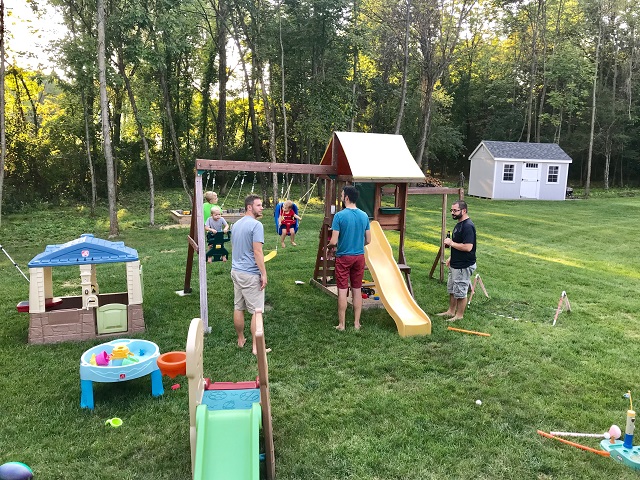 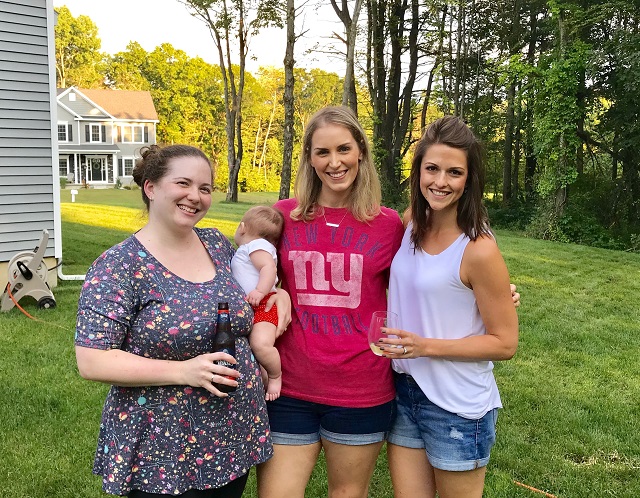 But really, I think the big winner of the weekend was Alex, since our friends have a sweet, 3 month old baby girl and, well… 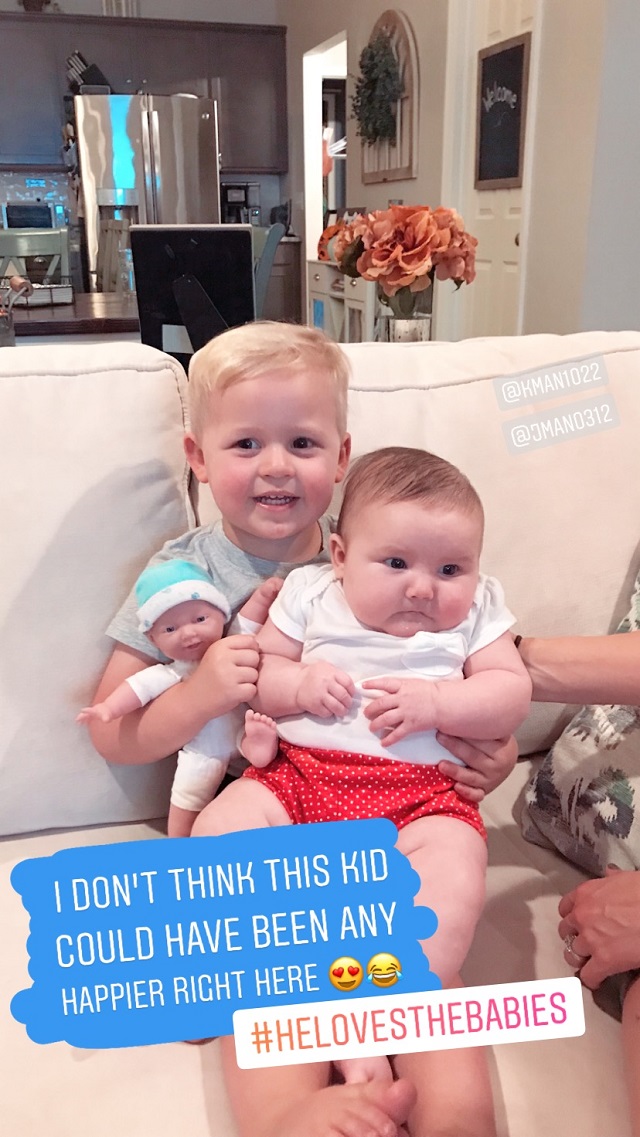 He was just in heaven. Loves him some babies!

Definitely a great way to end the weekend. <3

I hope you all have a fantastic week, and I should be back soon with another recent outfits post!