I hope you’ve all been up to some fun and exciting things. I know we have!

Okay, I mean, I guess they’re nothing all that exciting, but we have been busy and having fun along the way.

I was lucky enough to be able to have a super nice Mother’s Day. I got to “sleep in” until about 7:30, and then Jay took both boys out of the house to go and pick up my one request for the day… 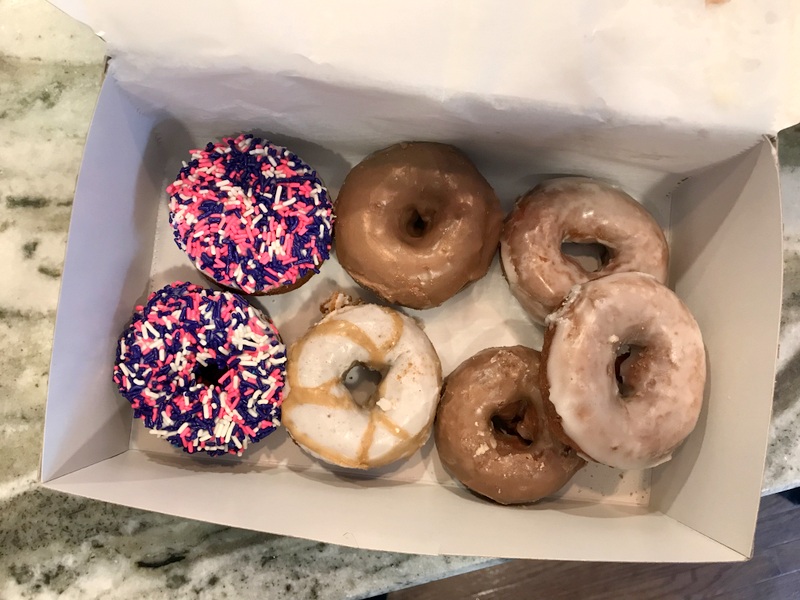 While the boys were out, I did a workout down in the basement, then had the pleasure of being able to sit on the couch and drink my coffee in peace and quiet. It was quite the treat!

A little while later, the boys returned home and my mother-in-law also came over for a little brunch. Along with those amazing donuts, Jay cooked up some sausage, bacon, and legit, one of THE best omelettes I’ve ever had in my life. 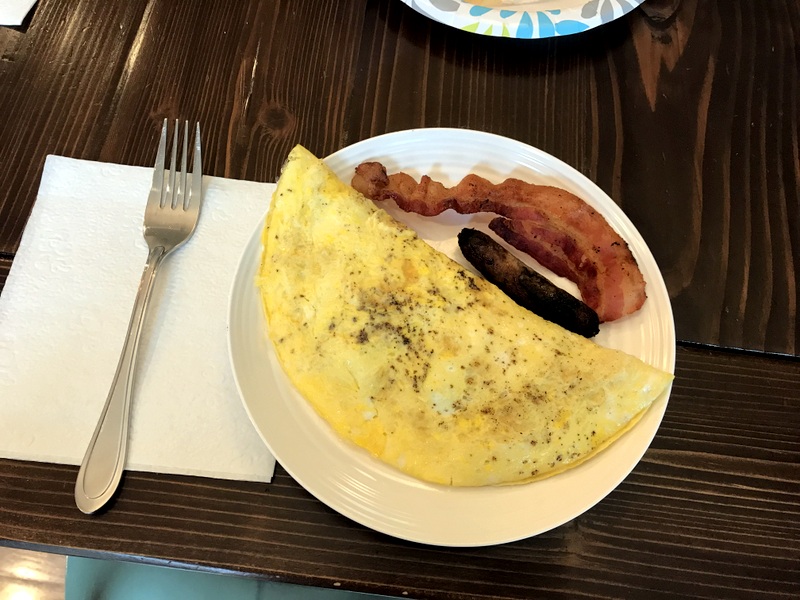 It was just crazy good!! Sauteed ham, peppers, and onions, along with a little freshly shredded cheddar…OMG, I’m drooling just thinking about it.

I was also gifted with a spa gift card and some outdoor plants, along with some pretty fabulous homemade gifts from the two coolest boys in the whole wide world. 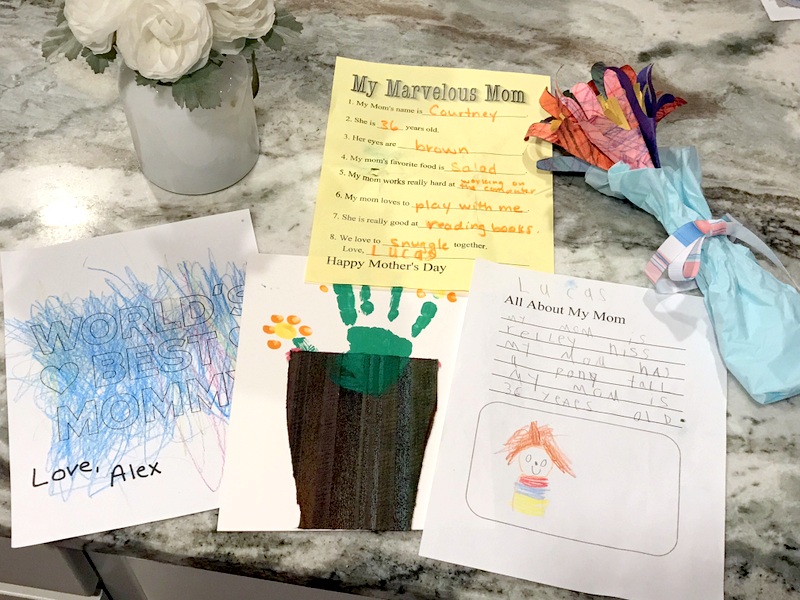 The rest of the morning and afternoon was spent just hanging inside (since the weather was crap), and then after Alex’s nap we headed over to my parents’ house for dinner. 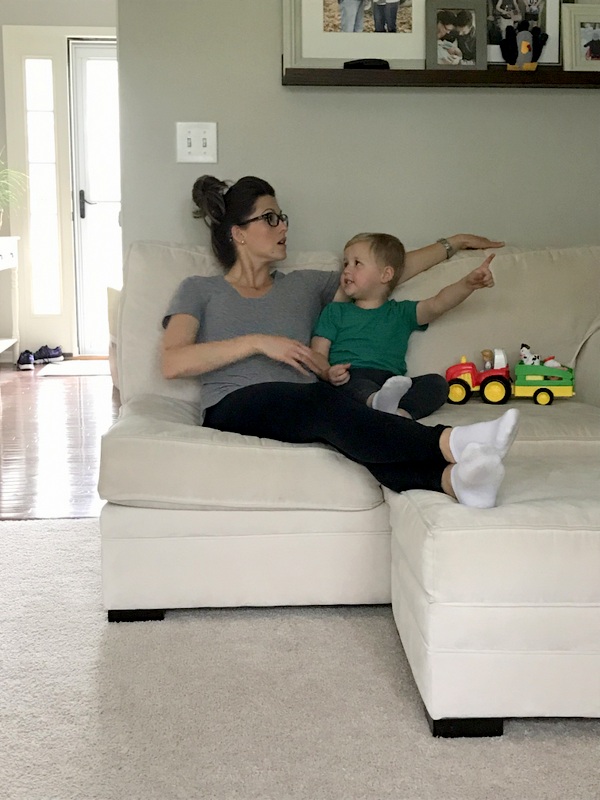 Totally didn’t even snap any pictures, but it was delicious (my brother’s salmon was out of this world) and was so nice to be able to spend some more time with my mama. <3

So that was Mother’s Day…what else have we been up to? Well, Jay and I squeezed in a little date night on Friday night at long time favorite, D’Raymonds! 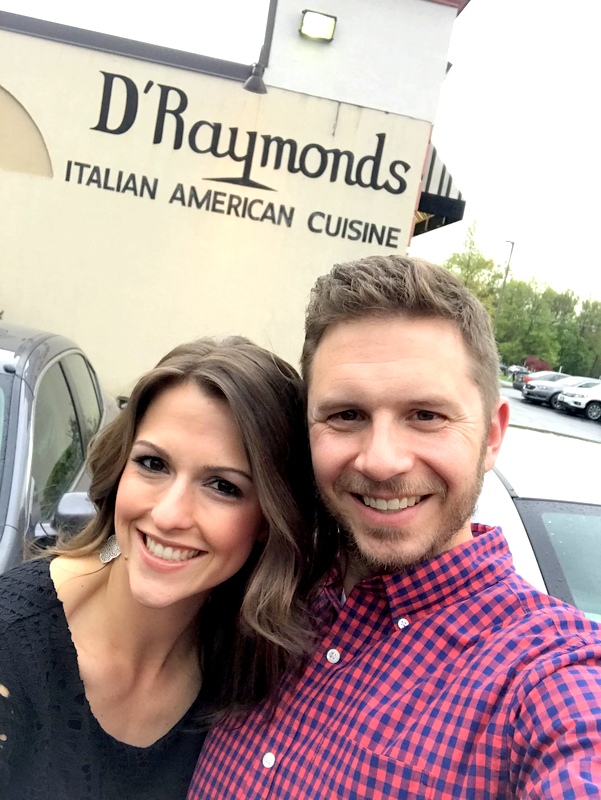 We’ve had a gift card for the longest time, and finally decided we should go and put it to use. We arrived a little bit earlier, so we had enough time to sit for a drink at the bar before our table was ready. The bar is our favorite! And the bartender recommended an outstanding rose wine, which I thoroughly enjoyed a couple of glasses of throughout the evening.

I had actually thought it had been longer since we’d been there, but after consulting the ol’ blog archives, it turns out we were last there in 2013 for our anniversary.

And just like I remembered, their bruschetta is still the BEST. 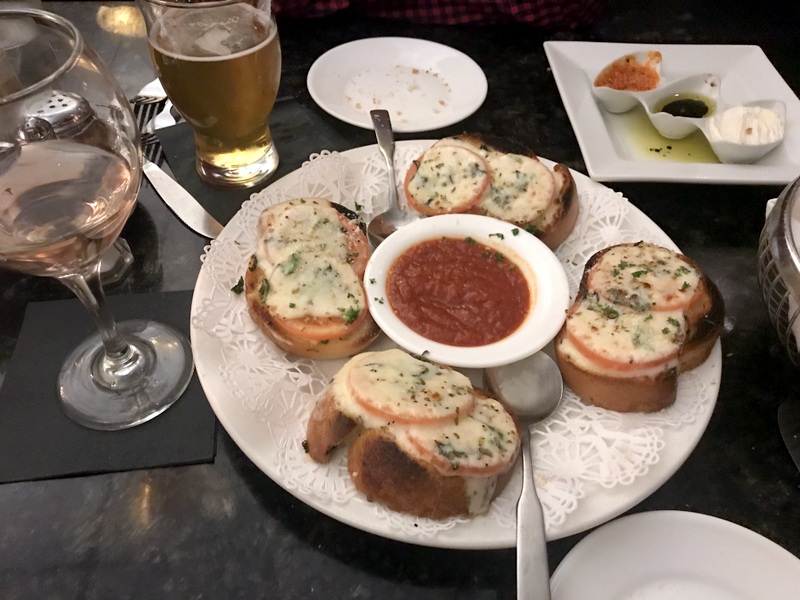 Dinner was equally impressive, with my entree being a baked, stuffed chicken dish. 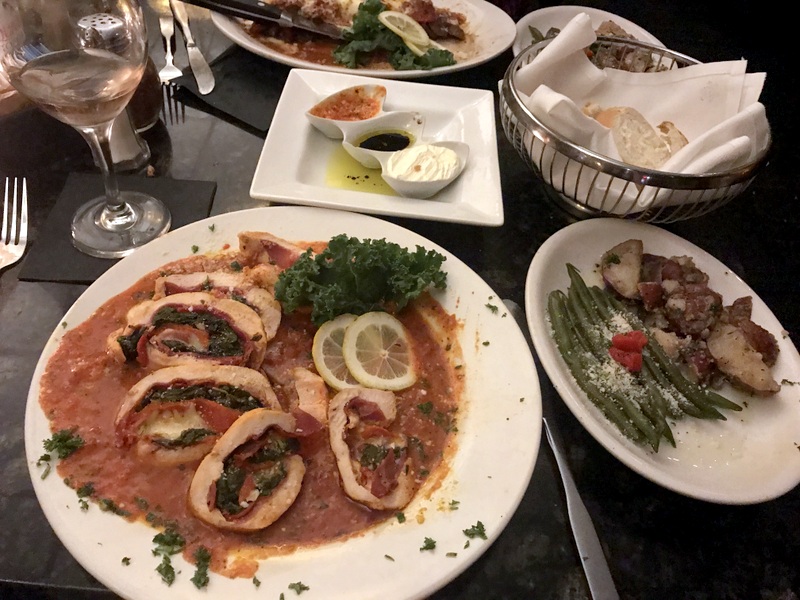 And even though we were already full enough, it was a ‘go big or go home’ kinda night, and we finished off the evening by sharing a slice of their lemon blueberry cake. So, so good. 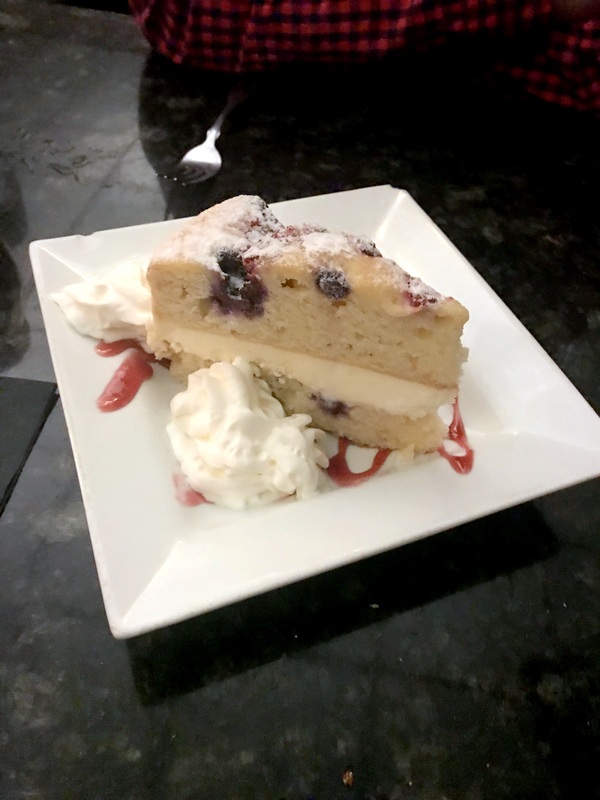 Let’s see, what else?

There’s been lots of baseball! 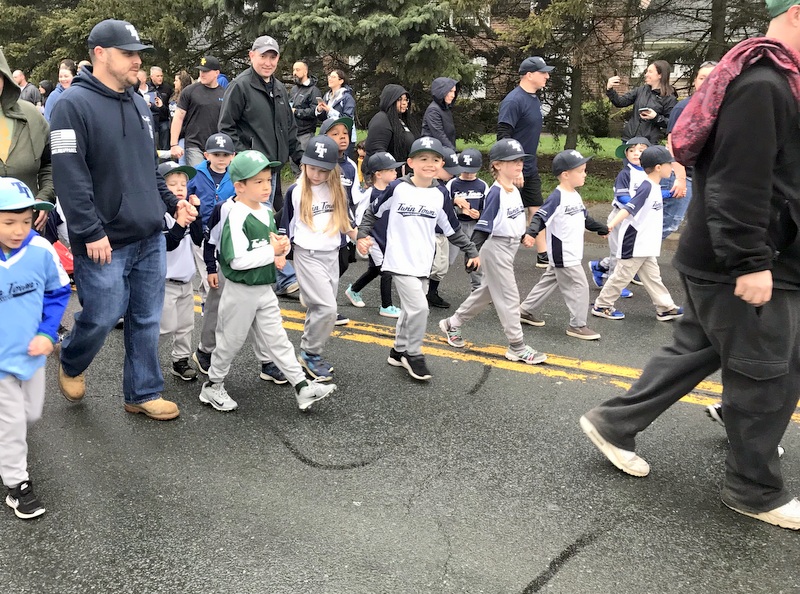 Between practices and games, the season is definitely in full swing and Lucas seems to be loving it just as much as (if not more than) last year. We’ll even run into the occasional neighbor friends while at the fields, too! 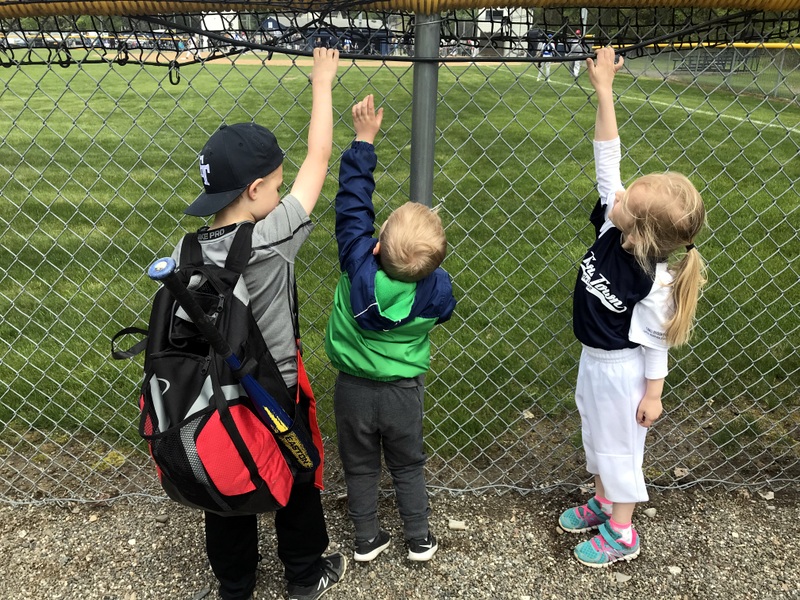 We’ve also been continuing with swimming lessons, and I’ve been so proud of how far Lucas has come. He’s been working hard, and I feel so much better knowing that he’s going to have some of these lessons under his belt by the time it’s swimming weather around here. 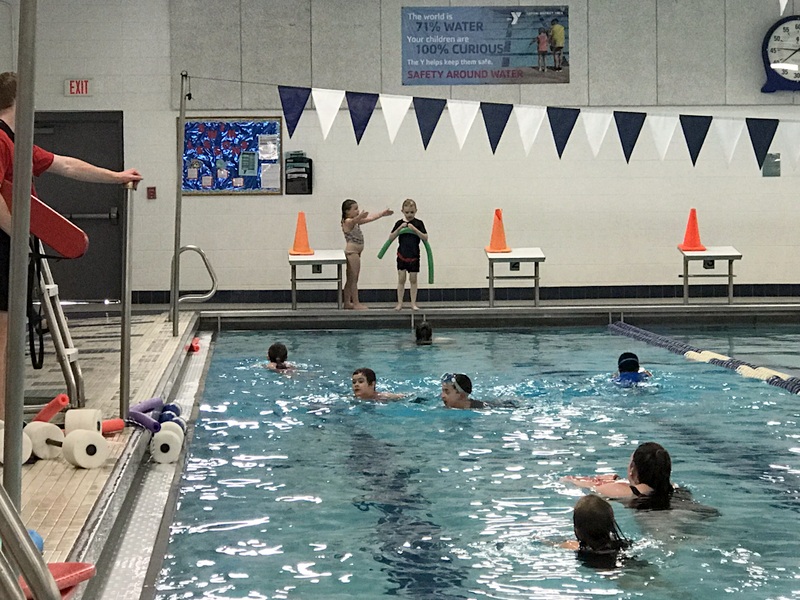 We’ve been watching lots of movies and episodes of Our Planet on Netflix, both in the mornings before school and on the weekends. The boys love that series, and I’ve come downstairs in the mornings more than once to see them seated like this, watching intently. 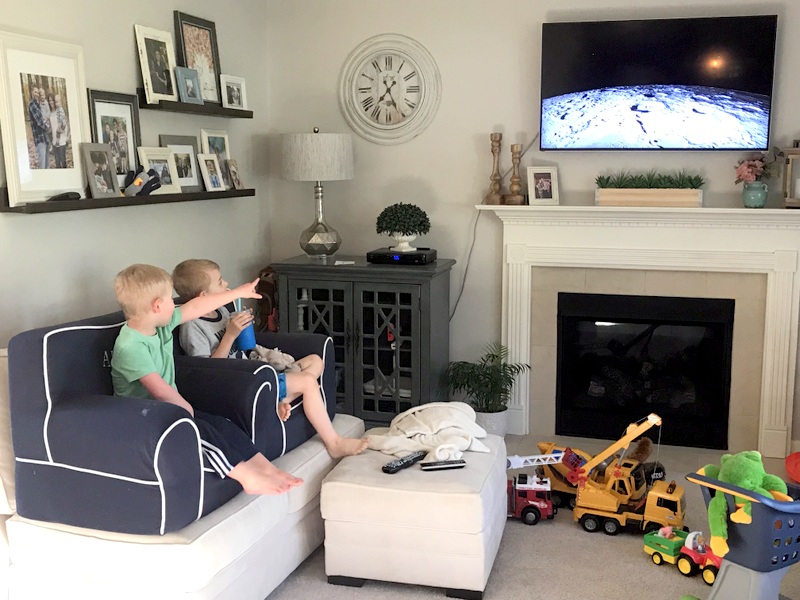 When the weather is nicer (few and far between, it seems these days!) you’ll find us outside, likely along with the rest of the neighborhood. The kids are on their bikes, or running through the yards, and the adults are most likely chatting with a beverage in hand. 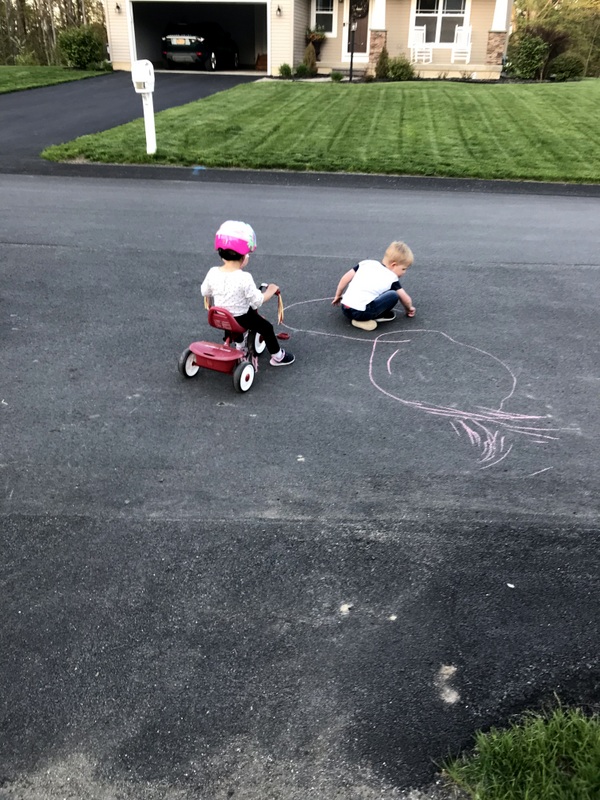 Sometimes, that even results in impromptu garage dates, such as this one that happened on Cinco de Mayo. 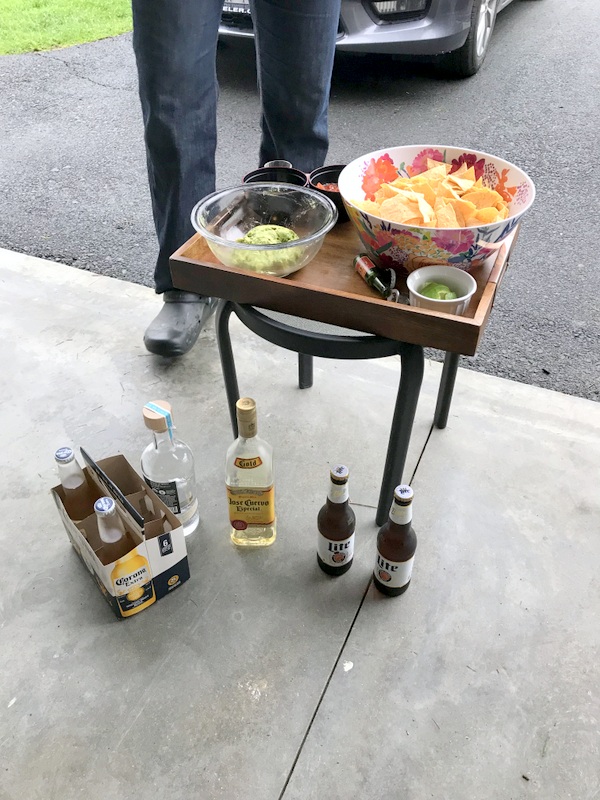 Our neighbor, Dave, makes some of the best guacamole!! 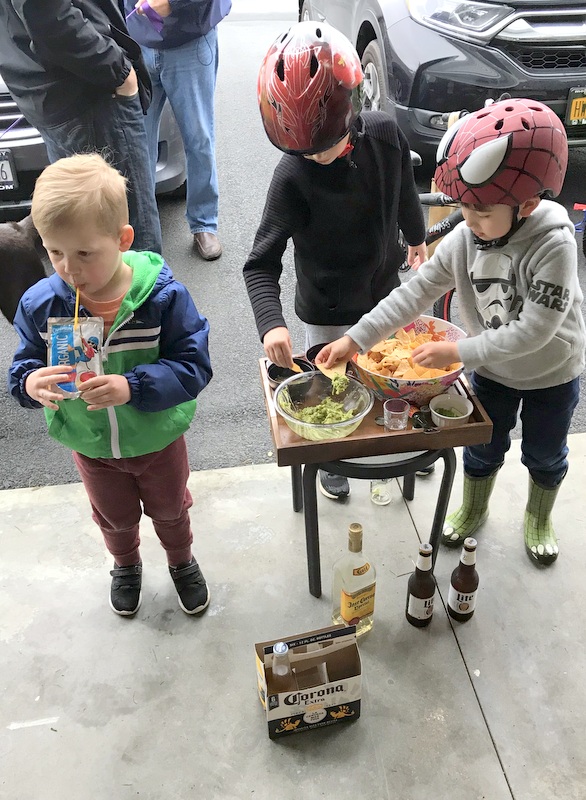 Wrapping up a few more things that have been going on…

I don’t know why I waited so long, but I have become obsessed with this eyeshadow palette from Beautycounter’s holiday collection. 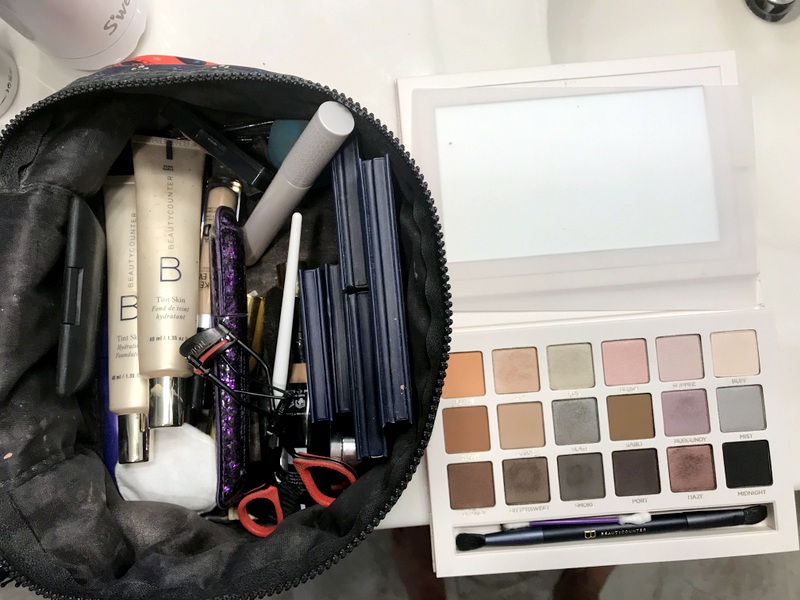 So many gorgeous color combos to choose from!

I’ve been dying to be able to start wearing more of my spring/warmer weather outfits, but Mother Nature just can’t quite seem to be able to figure her ish out, so they’re scattered in occasionally with the cool weather sweaters. This shirt is one of the ones I recently snagged from TJ Maxx. 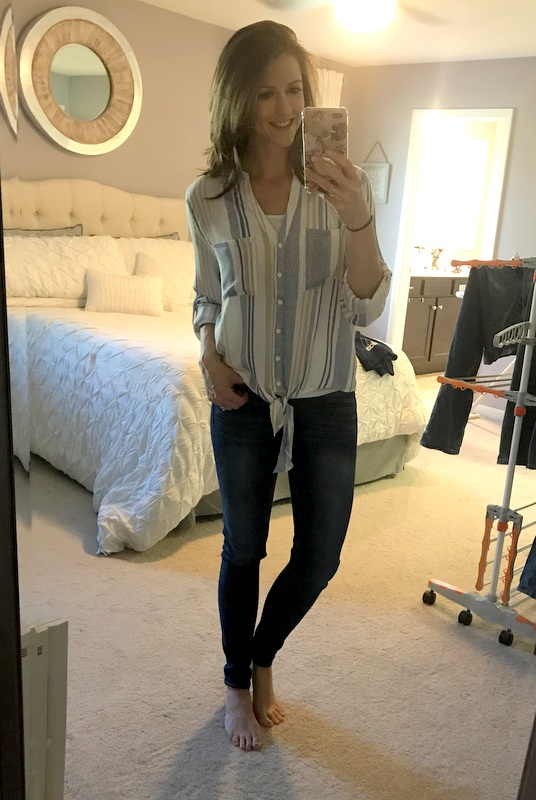 And last but not least, I gifted myself a couple of extra goodies to add to our basement gym! 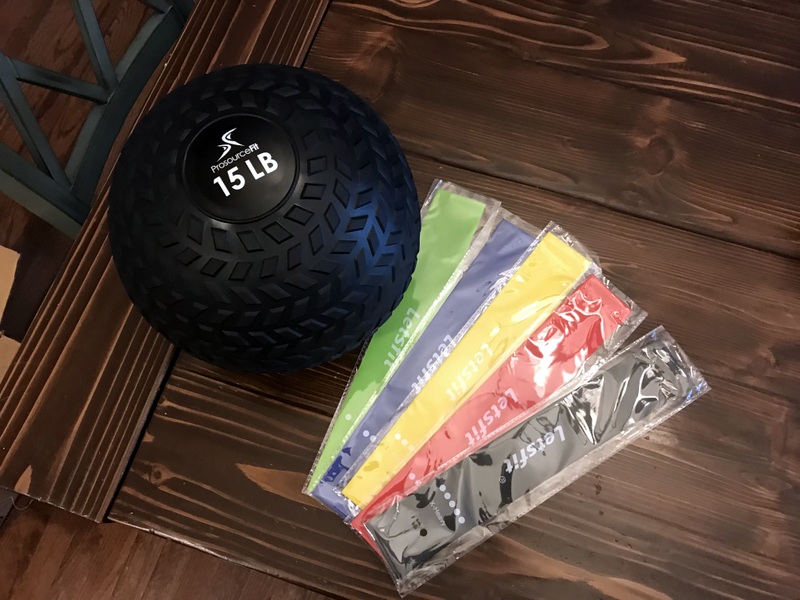 I ordered this 15lb medicine ball (that one is the tread vs the classic) along with these resistance loop bands after seeing that they were two commonly used pieces of equipment that are used in some new workouts I’ve been trying out.

What workouts am I trying out, you ask? They’re the Weekly Moves Workouts from Madeline Moves, and although I’ve only completed two whole workouts so far, I can tell you that they have left my muscles TOAST. I wasn’t sure if I’d like them, since I’m so used to following along with a video when I workout from home, but so far, they’ve been AWESOME. And I actually feel like they’re maybe even pushing me a little harder, too. I’ll be sure to keep you guys up to date with how they’re going!

WHEW, that was a long one. If you’re still with me, you rock! I’ll catch you guys soon <3