Even though it’s been forever and a minute since I shared some meals with you, that doesn’t mean I haven’t been snapping pictures of them! It just means that it takes me forever to compile them together to share with ya.

Most nights, we’re scrambling to cook up whatever we planned on (or didn’t plan on) for dinner that evening as quickly as possible. Our boys are typically ready to eat (aka, borderline hangry) by 5pm if they don’t get a hefty snack after school/daycare. On a good night, as long as Jay is home from work on time, we’re eating by 5:30pm, although sometimes it’s a little closer to 5:45-6pm.

Since that 4-5pm hour is one of the most hectic, I’m always looking for something that we can cook quickly, with minimal effort. Mostly because, if Jay isn’t home yet, I’ve got two little loves vying for my attention, and making any attempts at trying to cook quite comical.

Jay will occasionally send me links to recipes that look absolutely incredible, but then I look at the ingredients and/or prep/cook time and typically just chuckle. Because, yeah, not happenin’ during the week!

So here’s a look at a few recent dinners… 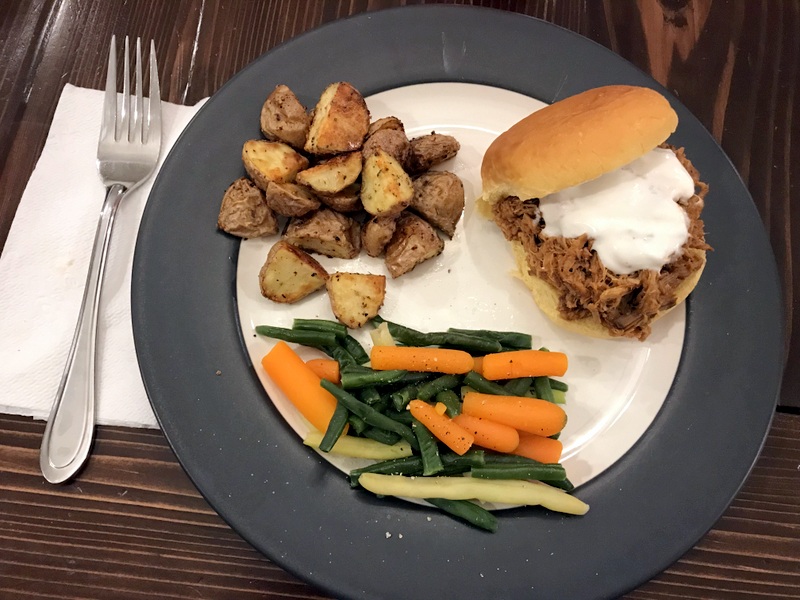 We use that potato recipe linked above so often that I had to save it to my favorite sites on my phone. It’s definitely our go-to (I do cut back on the salt and olive oil a bit!) and it goes with everything. While pulled chicken isn’t a favorite for the boys, they will usually eat at least some, and a couple of potatoes if we’re lucky. They don’t do buns though (like, ever, for anything), so I constantly question if they really are my children. 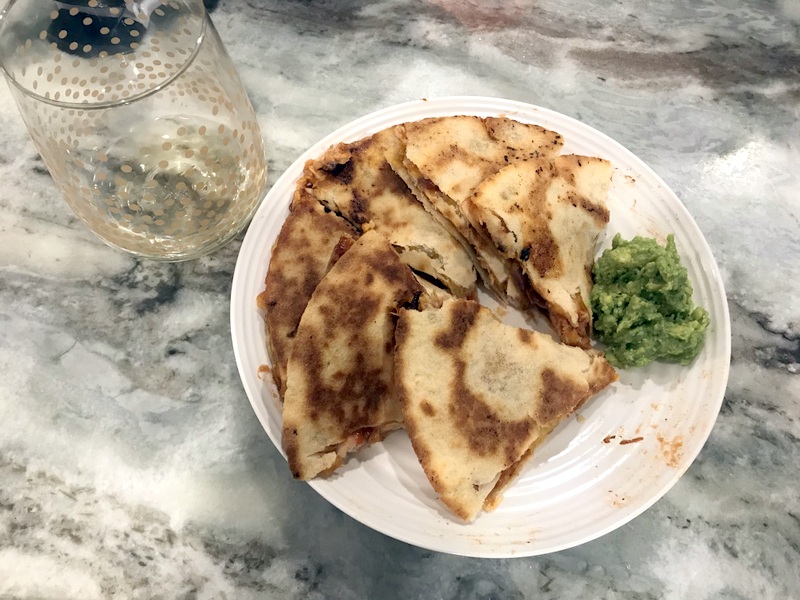 Typically, any time we make a batch of our BBQ Pulled Chicken in the crockpot, we’ll plan on using up some of the leftovers for quesadillas. They’re super quick to throw together when we’ve already got the chicken cooked, and then it usually leaves us both with some leftovers for lunch the next day. The boys aren’t fans of chicken in their quesadillas, so we make their quesadillas with just cheese and serve some chicken and guacamole on the side. 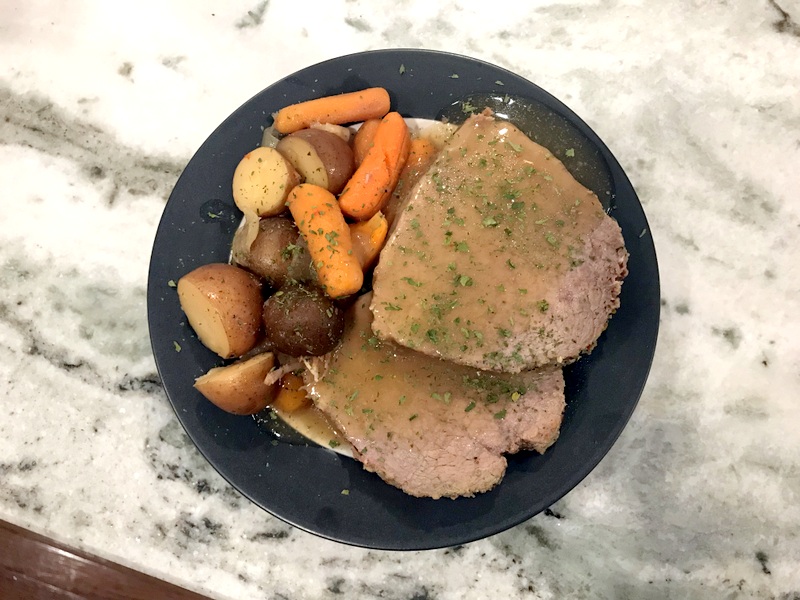 We were so excited to make this meal because the last time we had it, it was AWESOME. But I don’t know whether it was the cut of beef this time, or maybe it just didn’t cook right, but it was not nearly as good as I remember it. In fact, it doesn’t even LOOK as good as the last time… 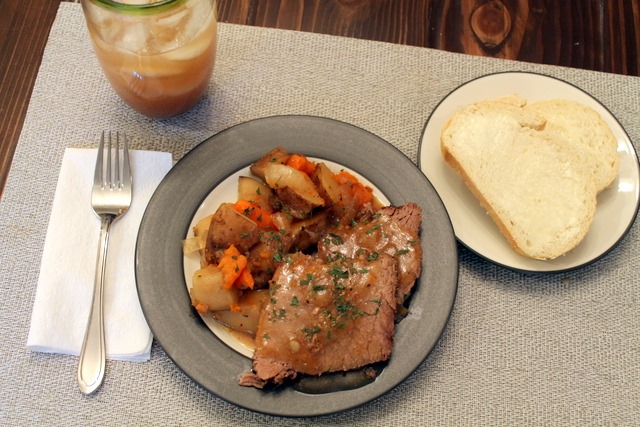 Ahh well. We really do think it was the cut of beef this time, so I’m not giving up on it just yet because it really is super easy and I know it has the potential to be delish. The boys were not into this meal at all. 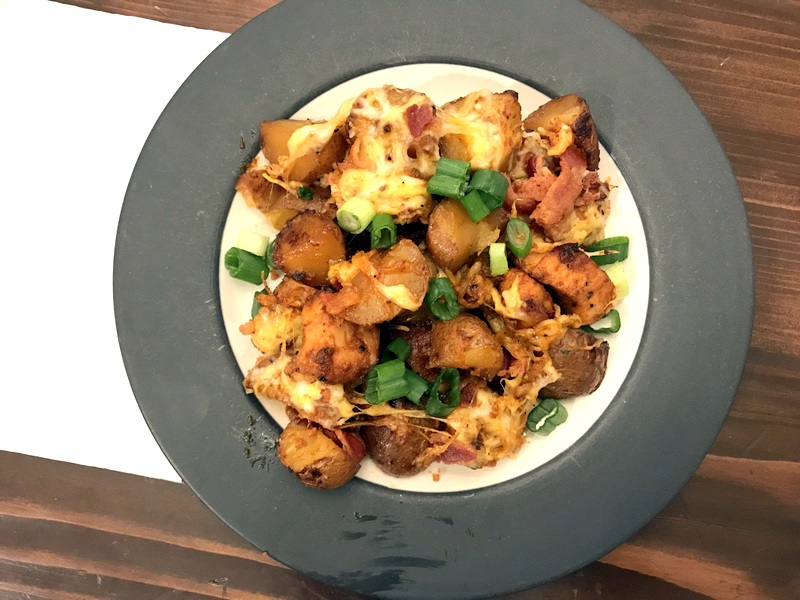 This is a meal we’ve kept in our rotation for a while now, and it never disappoints. I love how everything gets tossed into the casserole dish to bake, and it could easily be prepped ahead of time (if I’m on my game, I’ll try to cut up the chicken and put it in a gallon-sized bag to marinate in all of the seasonings! The boys will eat the chicken out of this one, along with the cheese and bacon from the top, but neither of them are big on the potatoes for this one (I know, I don’t get it either…). 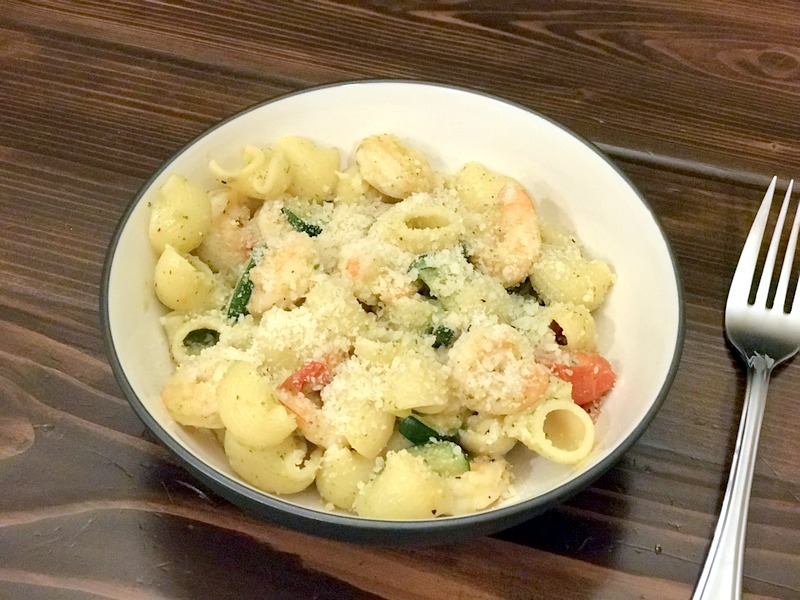 We had a Blue Apron delivery scheduled for the end of January, and the two meals that arrived in it were both great (we did the family plan option for this delivery). I couldn’t tell you the last time I had cooked any sort of fish/shellfish in the house, so it was nice to change things up a bit. This one had some great flavor and made a TON. The boys had some of the pasta noodles, but neither of them would try the shrimp (womp, womp…). 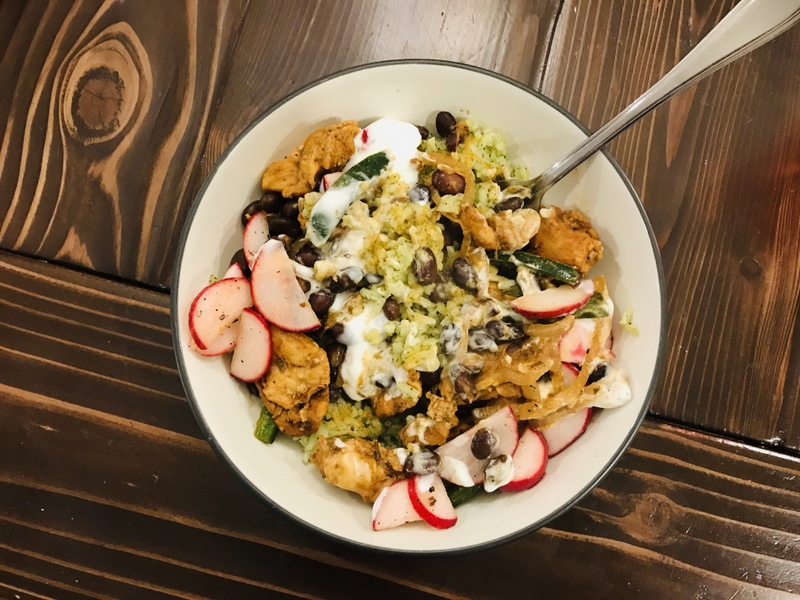 I loooooved this meal! All of the flavors came together so well and the cilantro rice was fantastic. This was a meal that wound up being cooked one night after the boys went to bed and while Jay was away for work (I knew I needed to get it cooked up) so Jay ate it as leftovers and neither of the boys tried it (although I’d be willing to bet Alex would have liked it best). 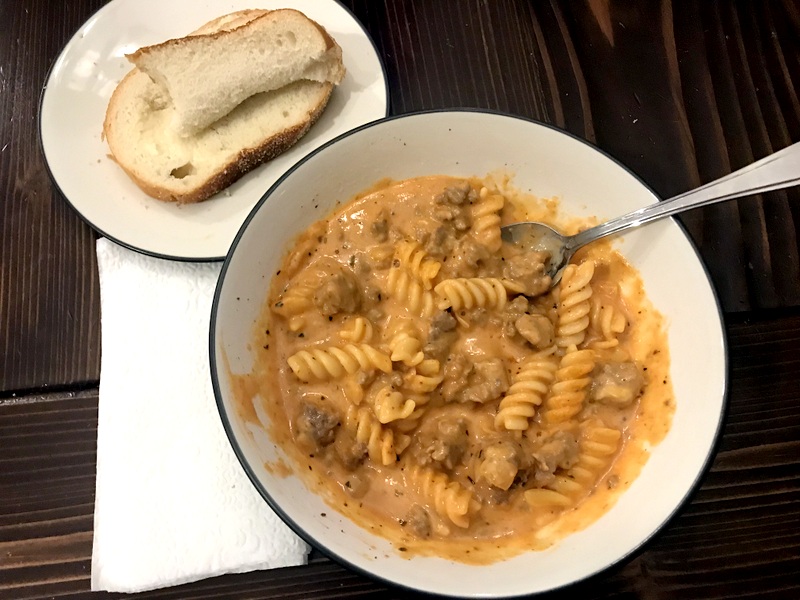 Ohhhh, do we love this recipe (it’s actually planned for this week, too!). It’s quick and easy, and a great way to use up some ground beef for something other than burgers or burrito bowls. The boys will eat this one, but we have to serve it with less “sauce” for them, and I try to give them some bigger chunks of ground beef and we call them mini meatballs. Because, you know, my kids are totally cool with trying new things. #sarcasm. 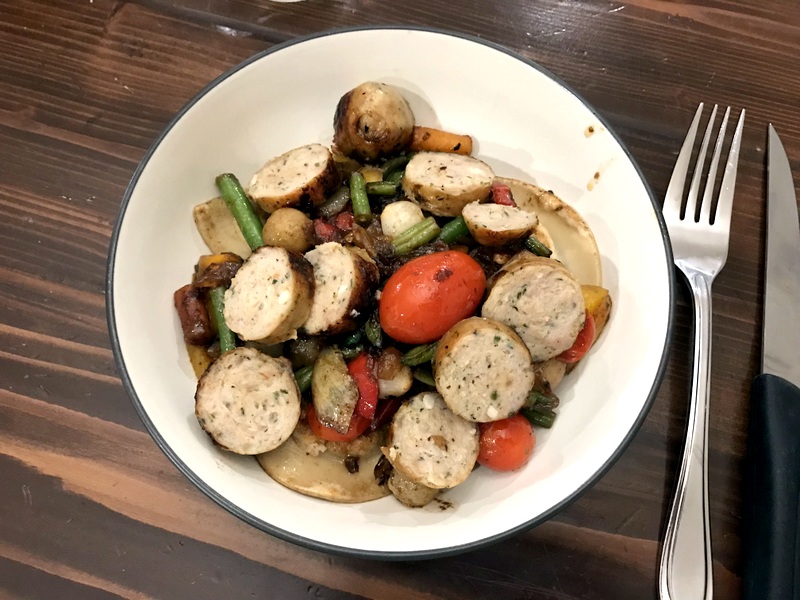 This is one of our signature “Courtney is busy with something and/or just does not want to cook tonight so Jay is going to take over for dinner” dishes. Since this isn’t anything the boys would eat (unless some major bribery was involved), we’d typically feed the boys some leftovers/something else at their normal dinner time and then we’d eat this meal either after they’re done or after they go to bed. Not the most ideal dinner situation, but sometimes it just happens.

Jay introduced me to pierogies wayyyy back in the days of dating, and they still occasionally show up in our dinner rotations. They’re just so easy to cook up (we first boil/cook through), then just add everything else into a skillet and let it cook until done! 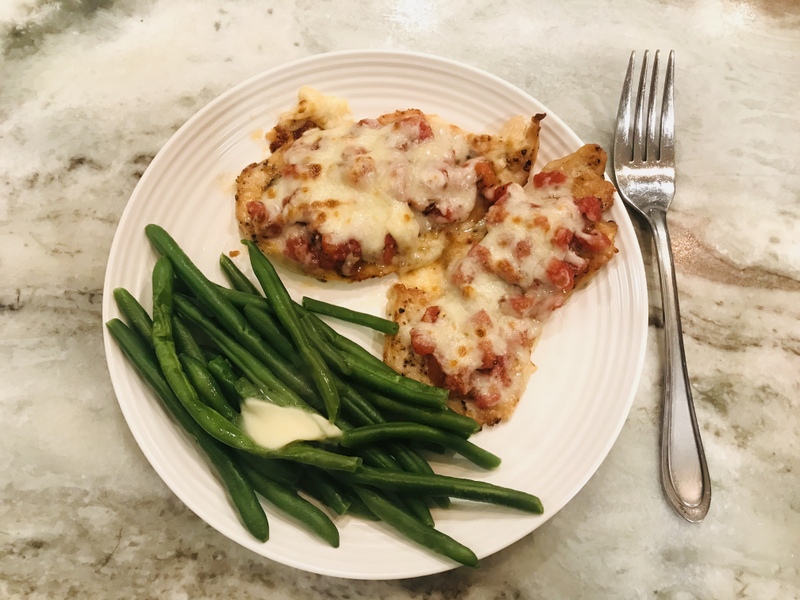 This is another recipe that I can take zero credit for. Jay managed to pull this one together on another night where I had thrown in the towel and was willing to just eat cereal or toast for dinner. Man, I’m a lucky gal. These cutlets were totally delicious and they took like, no time to put together. Another reminder why it’s always good to have some diced tomatoes stocked up in the pantry!

Alright, that’s all I’ve got for now, but I’ll be back with more. Got any recent favorites? Drop ’em in the comments section below!