This afternoon, the UPS man came to visit me.

I always love when the UPS man comes to visit me; that means he’s bringing me goodies. 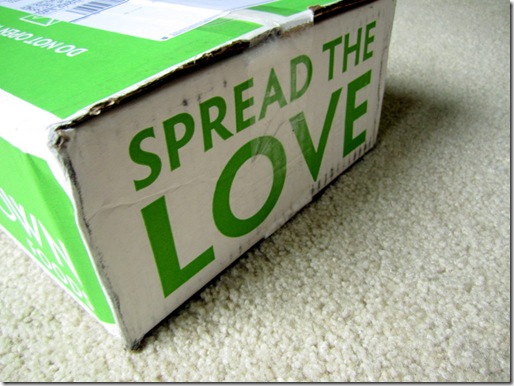 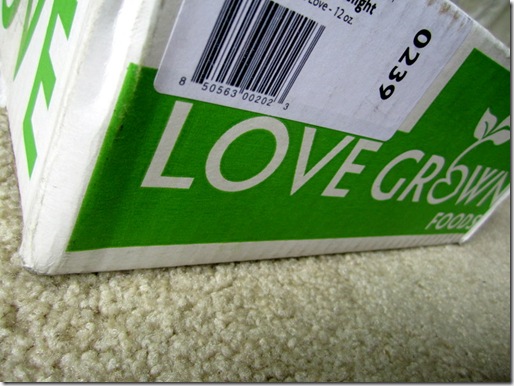 But when I saw that he was bringing me goodies in the form of Love Grown Foods Granola, I loved his afternoon visit even more. 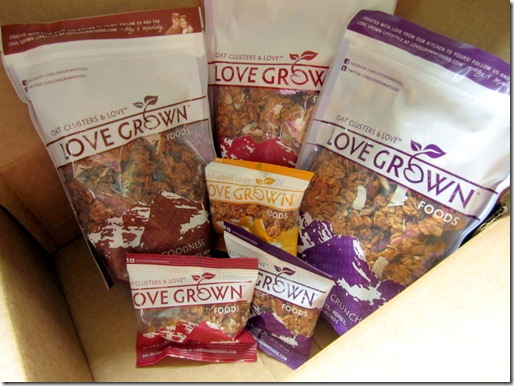 The granola couldn’t have come at a better time, really. I just ran out of my Sunflower Seed Butter Granola a couple of days ago and had it on my to-do list to make more tomorrow. I guess that’ll just have to wait. 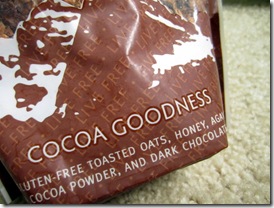 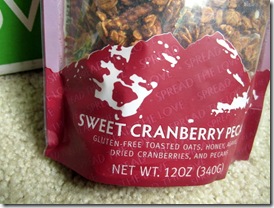 Especially now that I have so many amazing combos to try out. 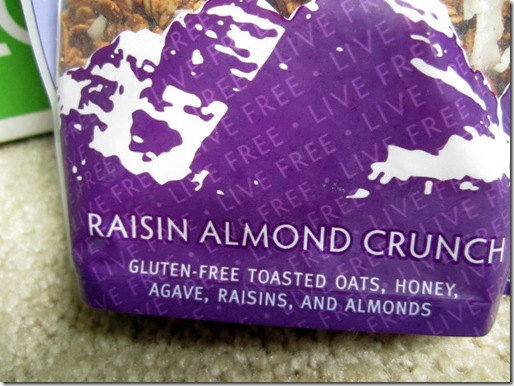 Obviously, I couldn’t wait to dig in… 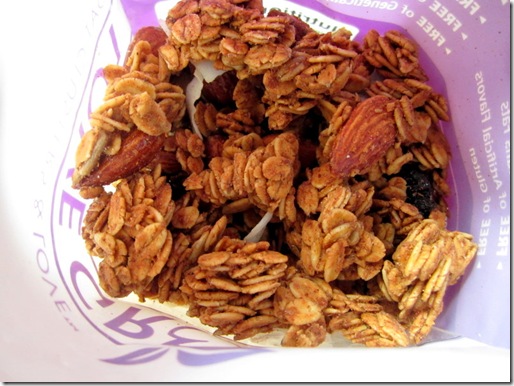 And I’m happy to announce the Raisin Almond Crunch tasted phenomenal as ever, and was even powerful enough to lift my spirits from being a little down in the dumps… 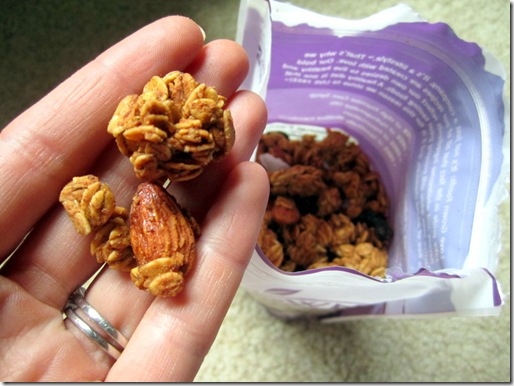 Yes, this afternoon was somewhat of a sad afternoon for me…

I’ve never been really good with change. I’ll be honest.

But today I had to say goodbye to something that has been very near and dear to my heart for the past 10 years. 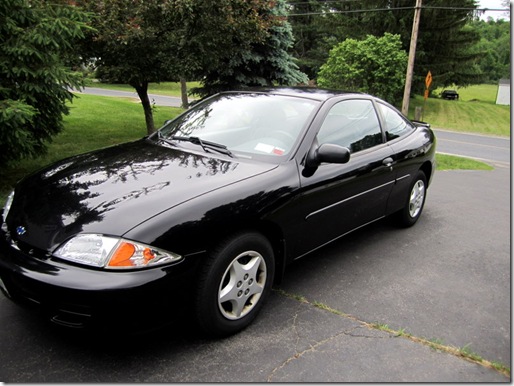 Yes my friends, that would be my little 2002 Chevy Cavalier. (You like the taillights? Jay and I bought those for my car right around the time that the Fast and the Furious movie came out and everyone was drooling over “fast cars” while I was drooling over Paul Walker.) 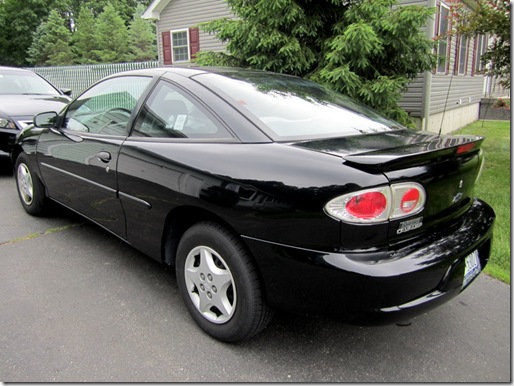 I was greeted with this little gem on Christmas morning of my senior year in high school and actually caused such a scene that the home video we sent into America’s Funniest Home Videos actually may have made it on TV (we never saw it, but we got letters back from the show asking that everyone appearing in the video sign a release).

I guess you could say that I was a tad bit excited…but then again, what high school senior wouldn’t be ecstatic to have this waiting for them on Christmas morning with a big red bow on it? 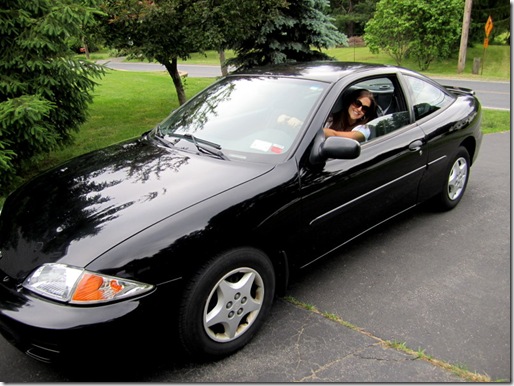 Obviously, I’d be lying if I said the car wasn’t my favorite part of this gift (which was actually a Christmas/Birthday/Graduation present for what I was told would be the next 10 years…they fibbed).

One that I have kept, and will continue to keep, not because I like to hoard things (which I do) but because this letter meant so much more to me than my parents could have ever realized. 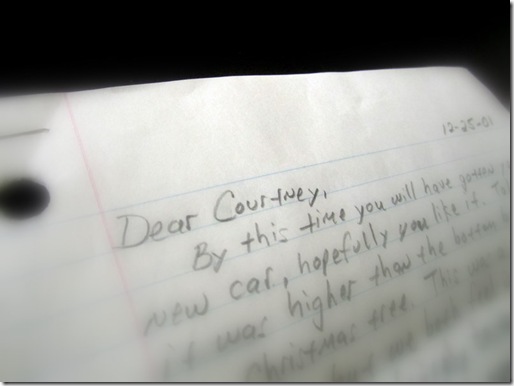 This letter was further proof of the fact that I made my parents proud. Something that I had always strived at. I’ve long been a people pleaser, but mostly with my parents.

I basked in the satisfaction and praise that I would get after coming home with a stellar report card I had worked so hard at. My parents were always proud of all of my accomplishments, not only in academics, but in sports, and in life. They were proud of the young woman I had become, and they were proud to have me as their daughter.

(I always laughed at the fact that they included my brother’s name on this letter because he clearly was not as excited about me receiving the car as I was, or as excited as my parents were to give it.) 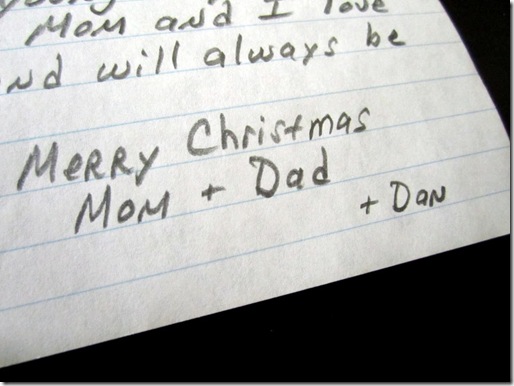 So I guess you could say that while, yes, my car and I went through a lot together…a whole college career, 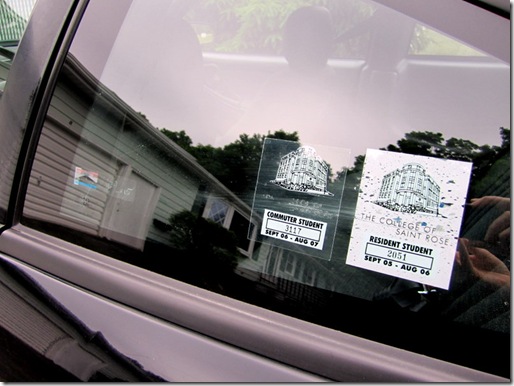 a year away from the love of my life, and some of the toughest times I’ve ever had to face as a young woman…there’s a lot of sentimental value behind my little Cavalier.

What can I say, I’m an emotional gal! 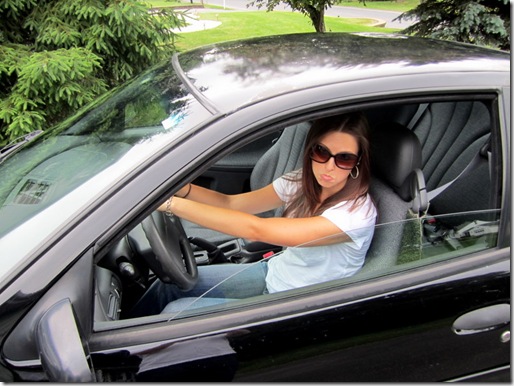 So it was rather bittersweet today when I received a call from someone inquiring about the car that has been posted for sale. Before I knew it, after a couple weeks on Craigslist, the transaction was finally made, and the new owner drove off with my baby. 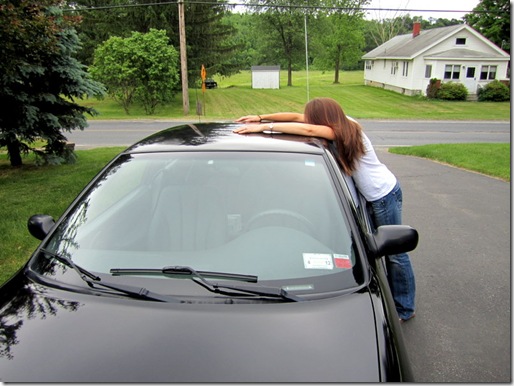 Ohhhh don’t you worry about me…I’ll be fine. Like I’ve said, I’m super sentimental and can be rather dramatic when I want to be.

And since I’m sure some of you are wondering why I would bother to sell it, it’s because my grandmother recently moved to a new place where she will no longer need her car. So now, I’ll be toolin’ around, trying to get used to a whole new (but not really new) vehicle.

So tonight, I think while Joe & Kate are here for dinner, I’m going to toast to my Cavalier with a glass of wine. 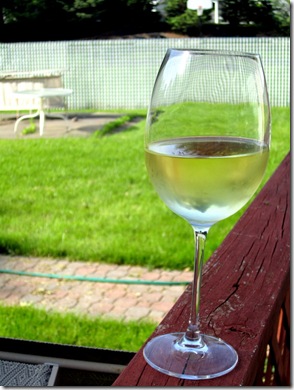 Hey, I’m always looking for an excuse to celebrate with wine…

Do you deal well with change?

What’s the best gift (physical or not) that you’ve ever received?