Well hey there, my friends! Happy Monday to you all! Did everyone have a great weekend? Mine was actually suuuuper productive, with a few other fun perks thrown into the mix as well…and I even took some photos along the way too.

The one downer to the weekend was that I was solo…well, besides my Codester and the dancing machine that’s all up in my belly. Jay actually left on Thursday to head to Arizona for a wedding and didn’t get back until late yesterday afternoon. But it wasn’t all bad…I got some quality down time and got a TON of work done around the house.

Friday night after work, I treated myself a girly movie and some fro yo. 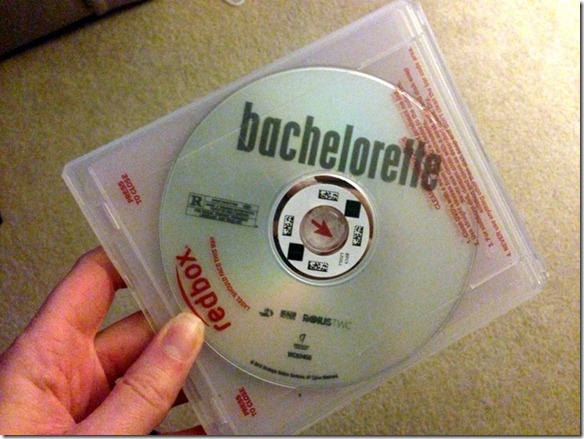 The movie wasn’t all that great, but the fro yo was fantastic. And obnoxiously large. Whoops. 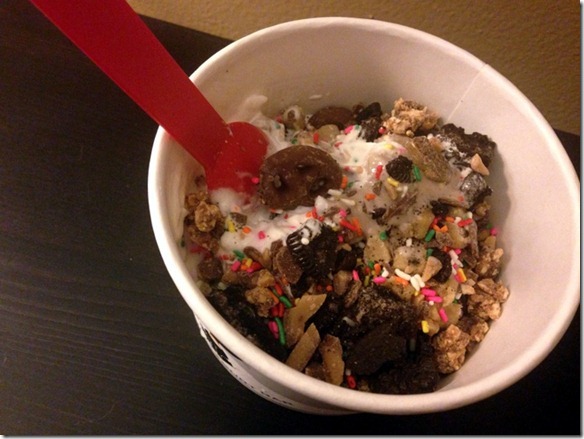 Saturday morning I met up with Heather for a breakfast date. Turns out, I didn’t have to worry about choosing pancakes or an omelet because we went to a little coffee shop called Mocha Lisa’s that had some wraps instead. 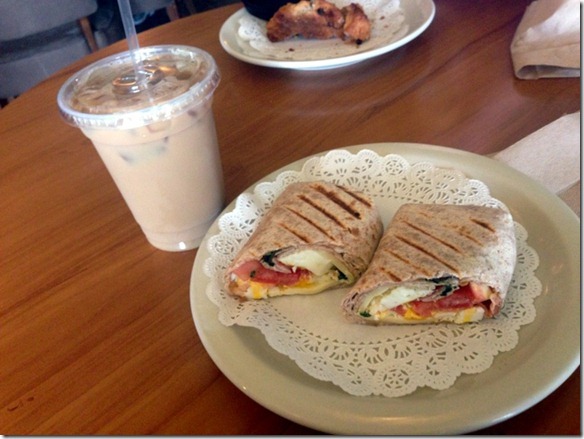 Actually, Heather and I have visited this place before, wayyy back in 2010. Who knew?

After a couple of hours at breakfast, I had some errands to run, including a grocery shop and a trip to Target…which resulted in the purchase of this cute little onesie. 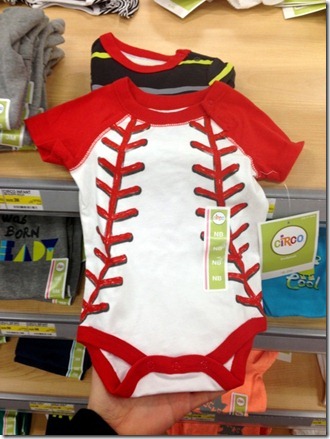 I actually saw it and texted a picture of it to my dad, since I knew he’d love it, and told him the little guy can wear it while we’re down cheering on the softball team this season. I’ve got to admit…I’m super bummed about not being able to play this season, even though it is all for good reason. Hey, I suppose I can always be a base coach until he arrives? I’ll just definitely need a different jersey to wear. ;) 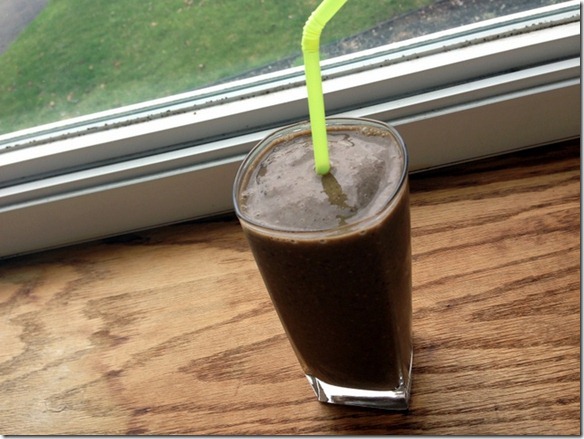 and a plate of random leftovers and whatever else I could find that looked good for dinner…that included a chicken sausage, mini sweet potato with salsa and Greek yogurt, sugar snap peas, and a toasted naan. Super tasty. 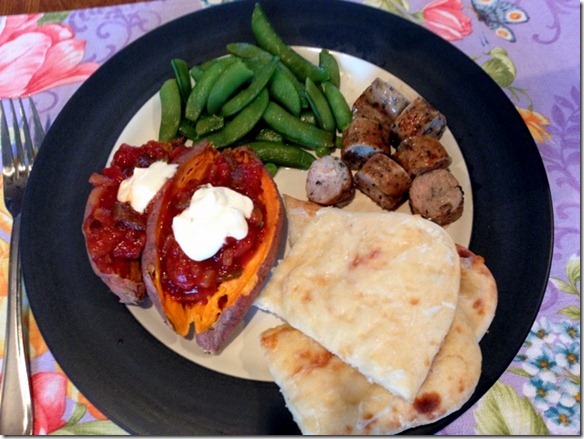 Cody kept me company all day long while I cleaned and worked around the house, and we made sure to check in with dad to let him know that we missed him. 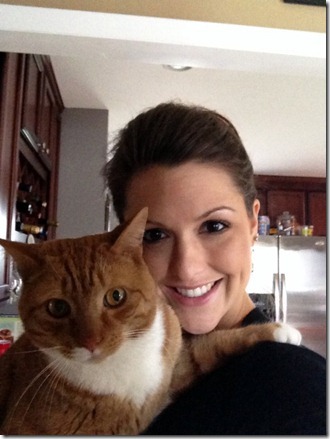 Saturday evening after eating diner, I found myself in the kitchen with a strong urge to bake. 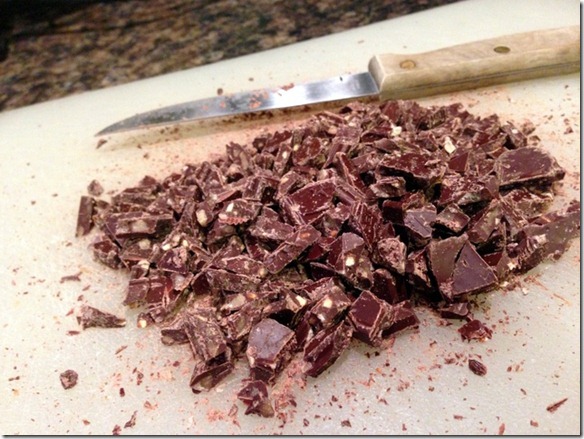 I ended up making a batch of these cookies (SUPER good!), 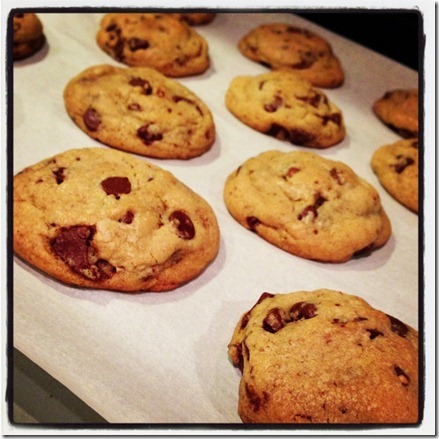 and a slightly adapted version of this banana bread (made without the glaze and with sugar free banana cream pudding mix), which was also quite tasty. I know…two recipes in one night…all at like, 9pm. I’m nuts.

Me and the Codester played some fetch while we waited for the goodies to come out of the oven. 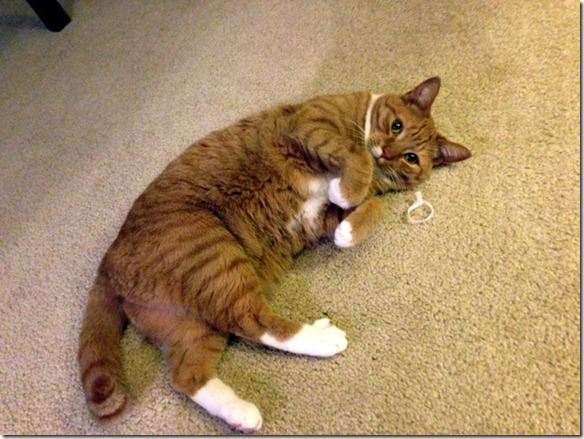 Sunday morning started with a workout…an excellent 50 minutes of Pilates. 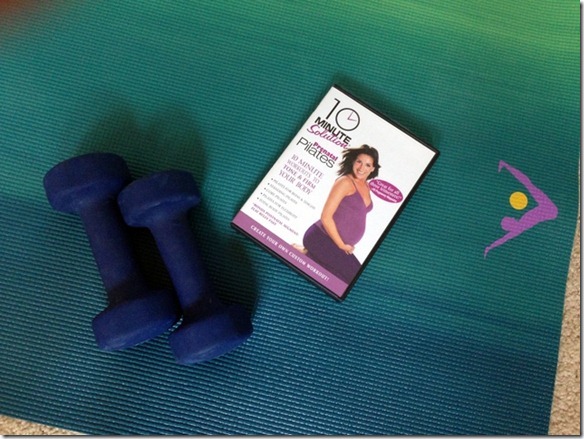 Saturday’s workout was definitely house cleaning…good lord, did I clean that house!

But anyways…I should also mention that on Saturday night, I began the process of making Pioneer Woman’s iced coffee recipe. Sunday morning after my workout, I attempted to finish up the process and get the coffee poured into pitchers. Welp…that didn’t turn out to be as easy as I had hoped… 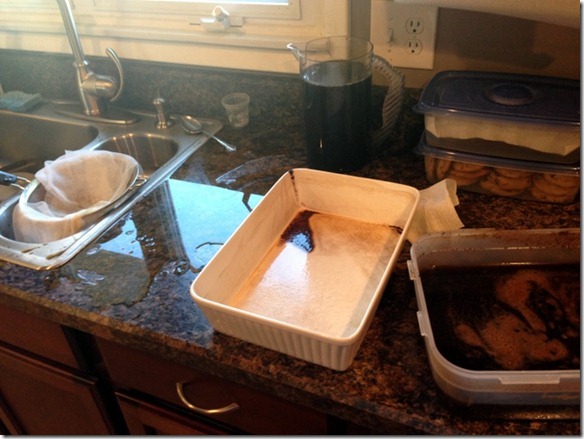 Turns out, it’s not very easy to pour coffee grounds out of a 9×13 pan. Yeah, Jay definitely made fun of me for that one.

BUT…the coffee turned out GREAT, and I now have over a gallon of iced coffee in my fridge. I. Am. Pumped.

Sunday afternoon included a trip out to visit my parents and brother at the new house that they just bought. Basically, this is eventually going to be my brother’s new house…and as you can tell, they have a LONG ways to go! 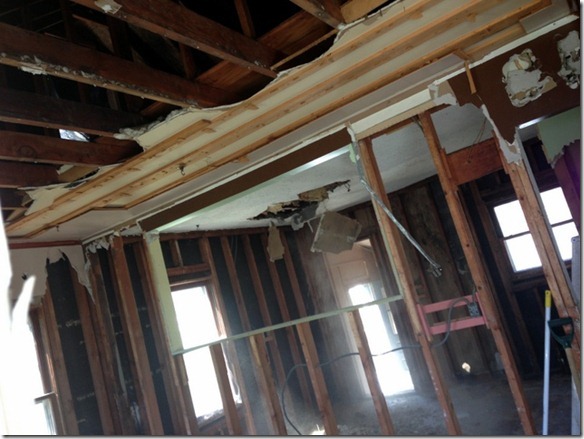 They are literally gutting the thing from top to bottom. It’s quite a scene, but I think it’s going to be so cool to see the whole process go down. If you look at the hole in the ceiling, my brother was in the middle of kicking it down when I was taking that photo.

Came home after visiting, did a little more cleaning, painted my nails a funky green color, 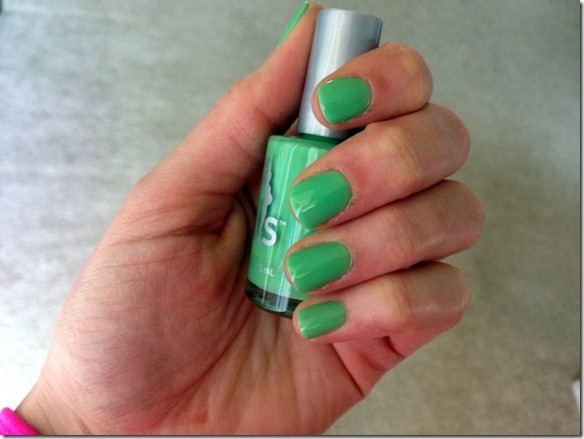 did a little reading (and laughed my head off…omg this book is GREAT so far!) in this book that Heather is letting me borrow, 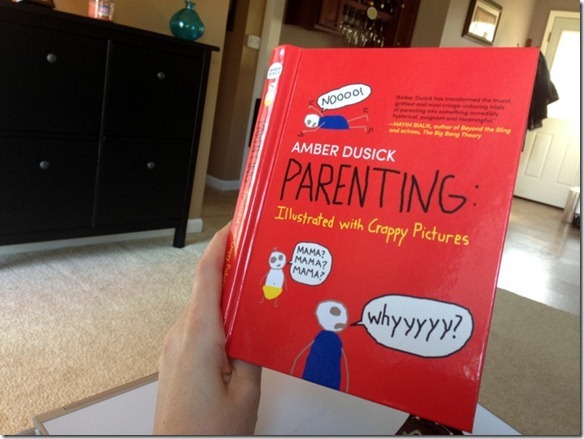 and then my hubby came home. :)

We spent the rest of the evening just hanging out and catching up from the weekend, and then we made dinner together. 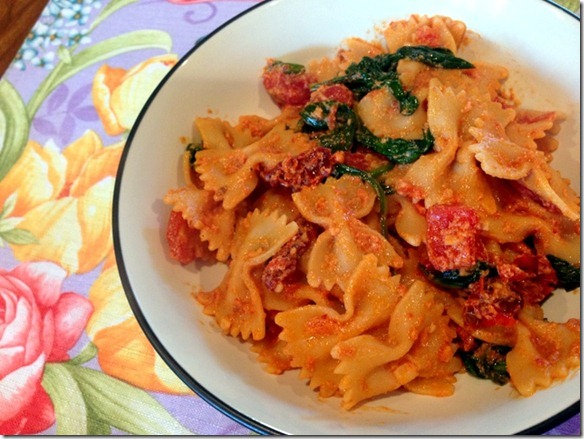 I found this recipe for Sundried Tomato Fettuccine (obviously, we didn’t have fettuccine) on Pinterest, and we both had really high hopes for it. Unfortunately, neither of us ended up caring too much for it…it was really lacking in flavor and just not what we expected. I was *this close* to throwing it away, but I couldn’t bring myself to do it, so we’re hoping that some extra sauce and/or cheese on the leftovers will help salvage it. We’ll see!

So yeah…there’s my weekend in a nutshell. Definitely busy and productive.