So, my intention was to get together a fun little WIAW post for you all yesterday, but those plans got wiped away after experiencing a couple pretty bad days. Luckily, it’s not this little guy who’s the culprit (who happens to be loving watching his hands and feet these days)… 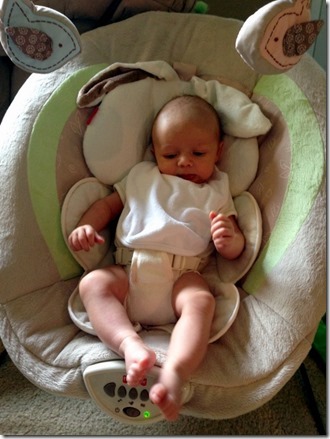 Tuesday morning, I woke up with an extremely sore neck and a headache that was starting down at the bottom of my neck. I attributed the sore neck and shoulders to the upper body workout that I did on Monday, so I didn’t think much of it. The headache wasn’t too bad during the morning, so I even took advantage of Lucas’s nap time with 30 minutes of cardio on the treadmill.

Pre-workout snack, of course, included two of my egg cups. 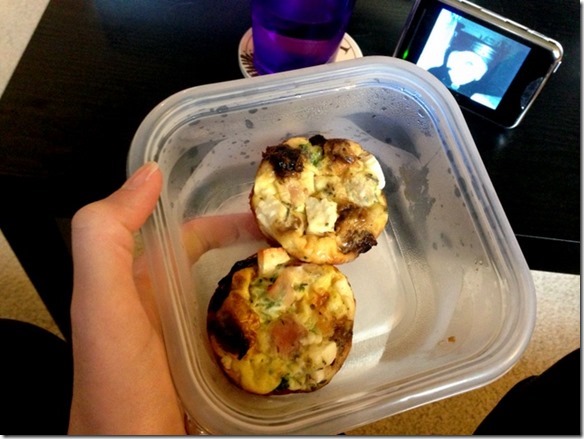 The workout went great, and most of the afternoon was going okay, but I noticed my headache was increasing. I had no idea why, since it’s very, very rare that I get them. I thought maybe if I ate some lunch it’d help, so I had some leftover pasta fagioli that we got sent home with from Sarah and Jeff on Sunday. 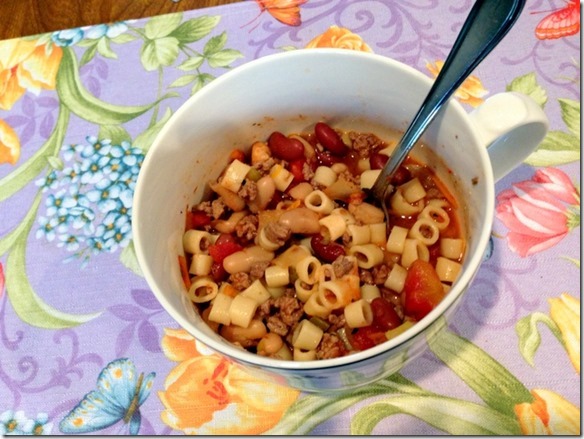 Headache still continued to get worse, and around 4pm while playing with Lucas on the floor, I suddenly found myself shivering and with an extreme case of the chills. It was so odd, but only lasted for maybe an hour or so. Later that evening though, around 7ish, the chills came back, my shivering was uncontrollable, my whole body ached, and my headache was practically debilitating. I put Lucas to bed and then headed to bed myself shortly after.

A few hours later, I woke up absolutely scorching. Like, body was sweating, face felt like it was on fire. I took my temp, which turned out to be 102.5. My whole body just felt wiped…almost like I was coming down with the flu.

Fast forward to yesterday morning…I still had a wicked headache, but my temp went down to about 100.9. I should also mention that during all of these aches and pains, I was also experiencing extreme breast tenderness and a large lump in one of my breasts. Knowing that all of this could be a sign of something more serious, I called the doctor and made an appointment.

Thankfully, Jay’s mom was available, so she watched Lucas while I went out. And let me just get off on a tangent quick…baby swings are amazing. We didn’t end up getting one because I didn’t think (or hoped) we’d need it. Well, we are now borrowing this from our friends Josh & Erika, and it is fantastic. 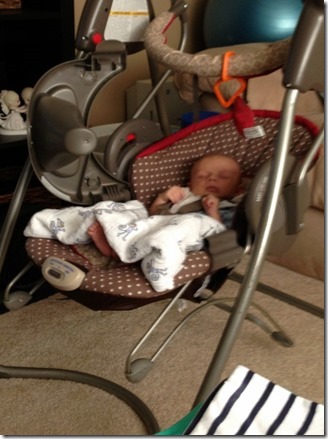 He immediately calms down and occasionally falls asleep, too. We all love it.

But anywho…off to the doc I went. I explained all of my symptoms, and after he checked me out, it turns out I have a case of mastitis. UGH. He prescribed me antibiotics to start taking, which will hopefully get this over with soon. 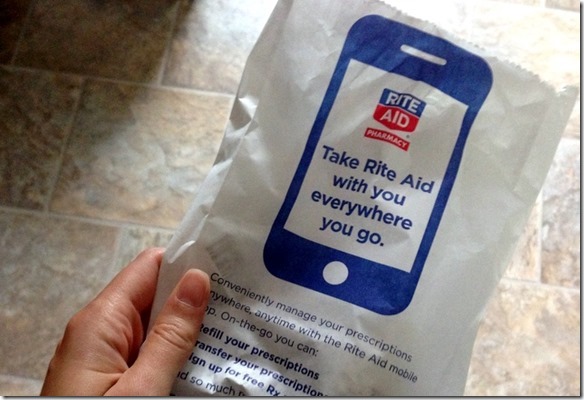 In addition to that, apparently my white blood cell count came back low (I think?), so they’re sending that out to get cultured, and I’ll be heading back on Friday for a follow up. Lucky, lucky me. I was initially really worried about how having the mastitis would effect my breastfeeding, but after discussing it with my doctor, I’m feeling positive that there won’t be any long term issues.

Today, I still have this damn headache, and my neck is beyond stiff and sore, but I’m slowly feeling a bit better and more like myself. Last night, Jay even offered to go and get me some of my favorite orange and vanilla soft serve with rainbow sprinkles and I think that alone helped me feel better. 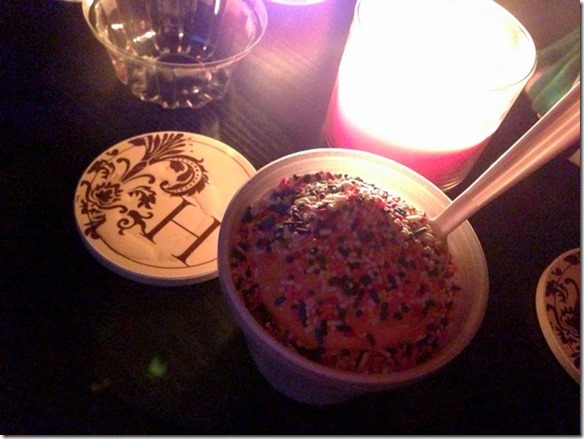 And yes, our ice cream had to be enjoyed by candlelight, since we were lucky enough to experience a nice ol’ power outage. It only lasted for about an hour and a half, but Lucas didn’t seem to mind it one bit. 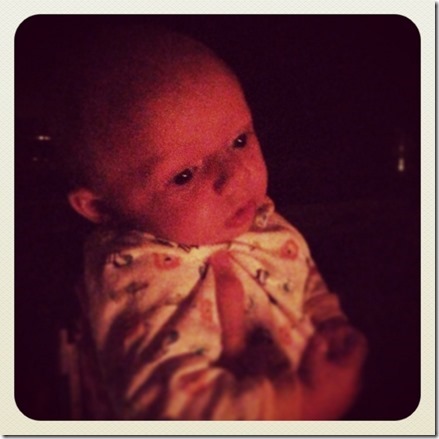 He was totally mesmerized by those candles. Adorable.

So yes, there we have it. A little recap of what’s been going on over here. Not all fabulous, but could certainly be worse! Now, hopefully, we can just get this mastitis cleared up and get back to normal.