December 5th…well, well, well. This day sure brings back a lot of memories.

Specifically, it brings me back to a movie theater, twelve years ago. A nervous teenager with sweaty palms and a fluttering heart. Oh, and a box of Raisinets too, of course.

The movie? “Anywhere But Here,” but I really only remember that because I knew well enough to keep and cherish that particular movie stub ticket. 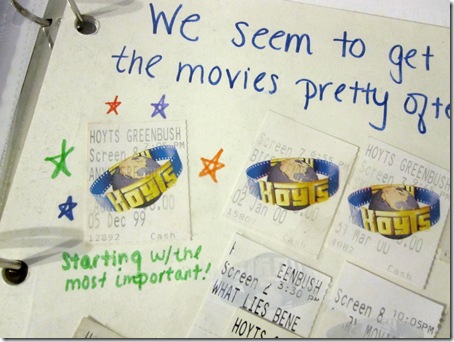 My nerves were shooting through the roof, at that ripe old age of 15 that I was, as I sat next to a boy that somehow gave me butterflies like no other had. We had already gone on a first date, but there was something about this one that made me nervous.

The movie was filled with the awkwardness that you would expect…”Do I grab for his hand?" “Should I wait for him to grab mine?” “Oh crap, my palms are so sweaty, he probably thinks I’m gross.”

The movie ended, the theater cleared out, and I quickly realized that it was just the two of us left. It was at that moment when this particular boy looked over at me and asked me to be his girlfriend. Boy, I’m so glad I said yes. 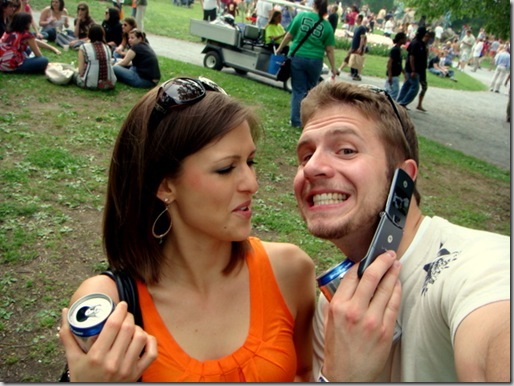 (That photo always makes us laugh!)

So now, twelve years later, even though we’re old and married (haha) and quickly approaching our two year wedding anniversary (wow), I still celebrate this special day because it was the day that started it all. And I honestly can’t believe it’s been this long. We’re getting OLD. 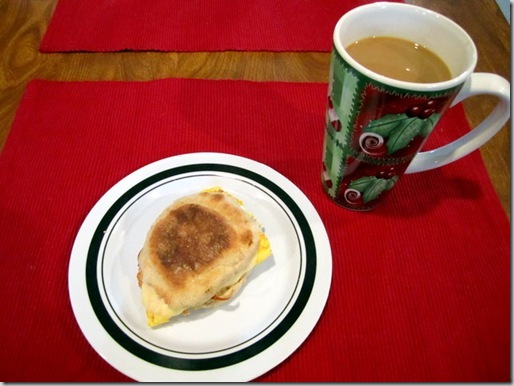 This morning called for another egg, provolone cheese, and jam English muffin, which really turned out awesome, thanks to the melted, crispy cheese on the edges. 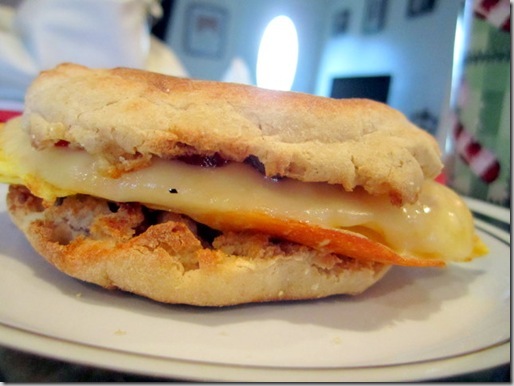 The coffee was also the mini sample that I bought yesterday, which Jay and I both decided was decent, but not a favorite.

Now it’s about time for me to get goin’ on a few other things on my agenda for today. Have a great Monday, everyone!

Non-Married folks: Do you celebrate dating anniversaries year-by-year or month-by-month?

Hitched folks: How long have you been dating and/or married to your S.O?