Hey hey! Happy Tuesday, and happy last day of March to you all. This has been a crazy month for us, and weather has certainly been, well, crappy. So I’m totally looking forward to a fresh April, which will hopefully bring some warmth with it. Because, seriously. Snowing on March 30th? Not cool, Mother Nature.

First things first, I made a few changes to the fonts on here yesterday, which seemed to be the biggest piece of feedback I received (I was with ya, too small and hard to read!). Hopefully the updates are looking good on your end now?? Any better?

So since I had a couple different posts for you yesterday for a Monday, I never got the chance to fill you in on some weekend highlights. Honestly, it was a pretty quiet weekend. I only left the house once between Saturday and Sunday and that was to take care of the grocery shopping. Other than that, we were homebodies, which was fine by me. It’s nice to have weekends like that once in a while, you know?

Friday night, however, was a different story, and oh did I have fun! Me and a few of the girls went to go watch our friend Erica perform in a play (it was The Marvelous Wondrettes) at a local church. Erica was fabulous, as was the rest of the show, and we had a few good laughs. 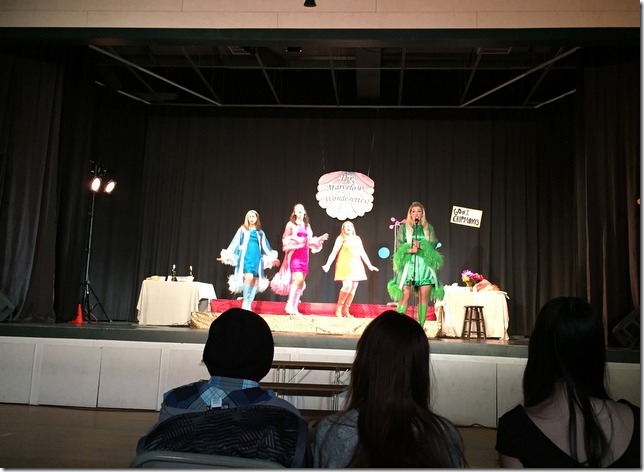 By the time the show ended, a little after 10pm, we decided to all head out for a drink (despite the fact that I was about ready to pass out…Friday night bedtimes rarely happen after 10pm!). We all had a quick beer and ended up staying until last call, chatting away about anything and everything. 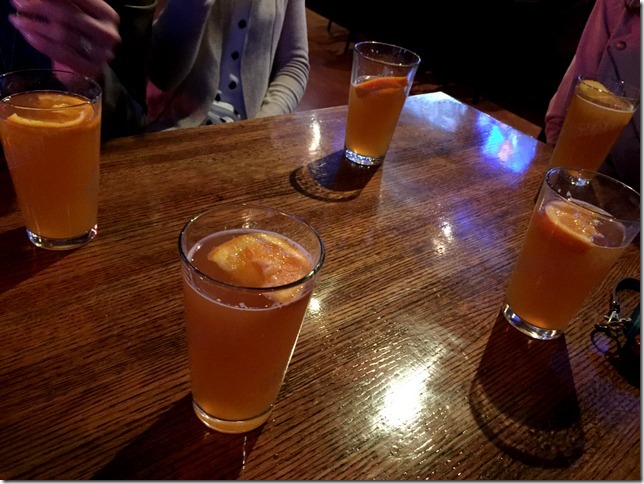 I love having any extra time with those girls!

So like I mentioned, Saturday and Sunday were pretty low key. We did some work around the house, I did the grocery shopping, and did a lot of hanging around in our cozies and our PJ’s. 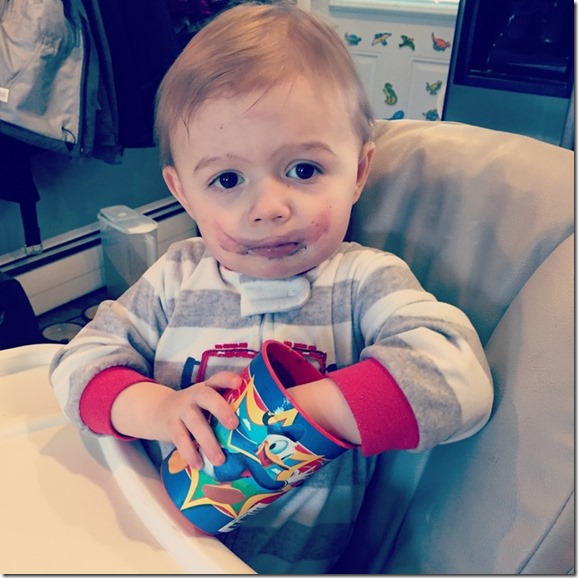 Jay dressed Lucas on Sunday this way, and he swears he didn’t do that on purpose… 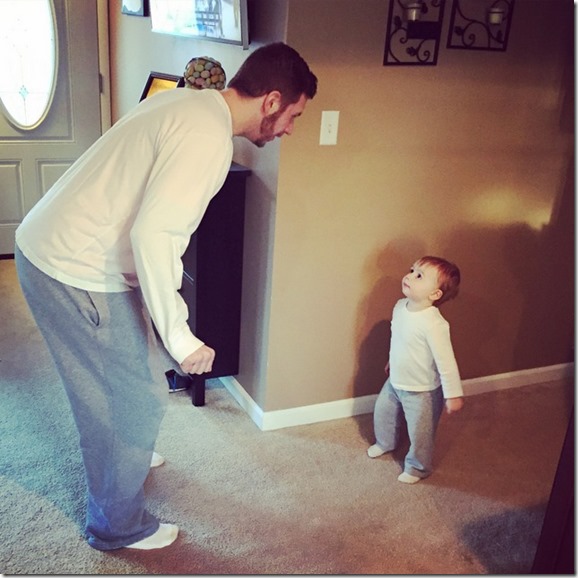 Either way, I don’t care. The twinning was adorable.

Oh yeah, we also had Burger King for dinner on Saturday night and it was awesome. 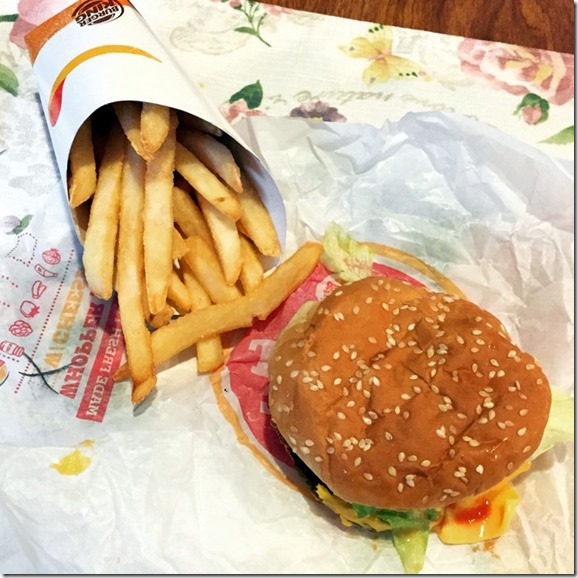 We were both feeling pretty lazy when it came to dinner time and we had a coupon that came in the mail so we figured, hey, let’s do it. Whopper Jr. + French fries, baby. Do you guys remember when I had major Whopper cravings when I was pregnant with Lucas? Well, don’t worry…I’m not pregnant.

For the first time in months, we were also finally able to bring Lucas outside to play! This winter was just brutal – it was either too cold, or there was too much snow for him to even walk around. But now that the snow is almost gone (!!) and the temps were closer to 40, we had to get out of the house for a bit. 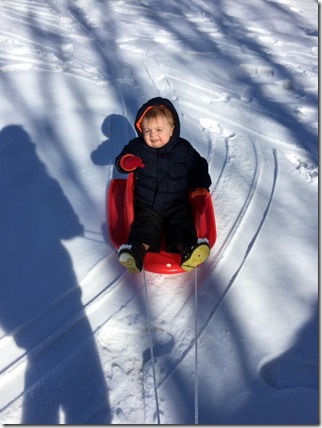 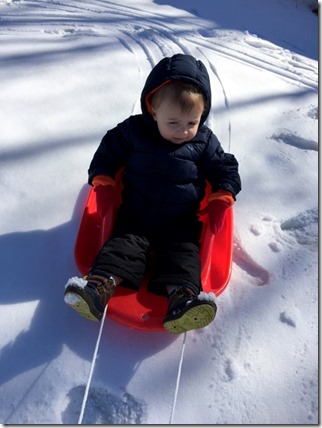 He had a blast walking/running around, getting pulled in his sled, throwing snowballs, and eating snow like his daddy. 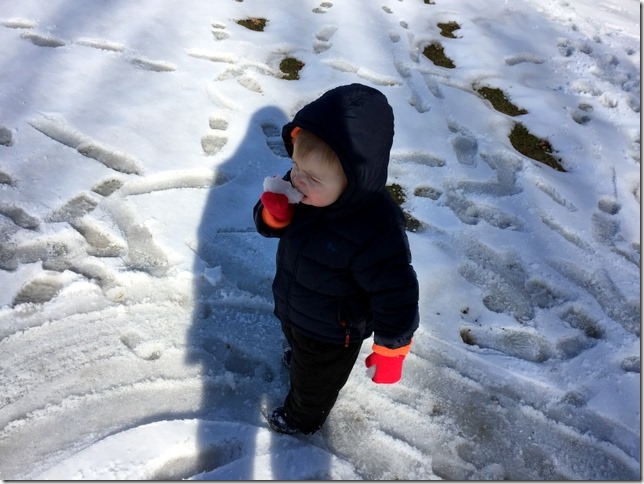 Ohhh, I can’t wait to be able to get out there again without the snow.

I also got some extra cuddles from my snuggle bug. Lately, his MO is to get as close as humanly possible to us while sitting on the couch. Never mind the fact that he had a full cushion up for grabs… 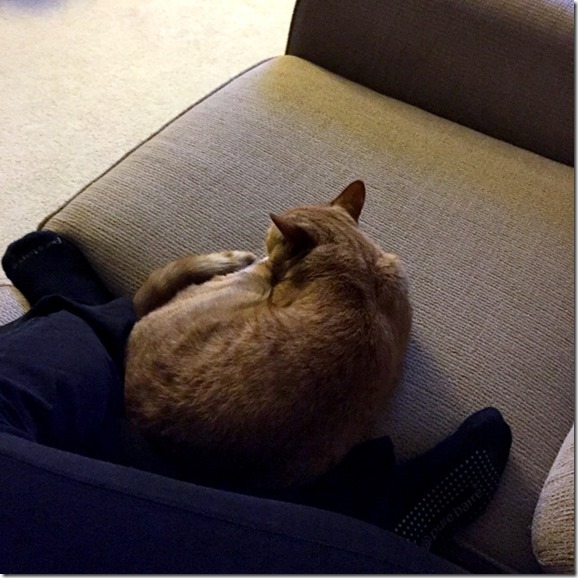 Well, that pretty much covers most of the highlights from our weekend! I’d ask how all of your weekends were, but now that it’s Tuesday, I feel like I missed my window. So instead, how about I ask what you guys are looking forward to in the week ahead? Any fun weeknight plans? Good dinners on the agenda?

« Check Out the Blog Updates!
Three Meals + A Dessert I Would Go Nuts For Today »