Well, considering the fact that my motivation today is about a two on a scale of 1-10, I’ve actually gotten quite a bit more done than I expected. Props to me!

I spent most of the morning working on a few training plans, following up on some emails and personal stuff, and organizing a bit in the office. Our office is in need of much more than I accomplished today but, hey, at least it was a start.

Around 12:45, I broke from work and rewarded myself with a lunch I’d been craving allll morning. 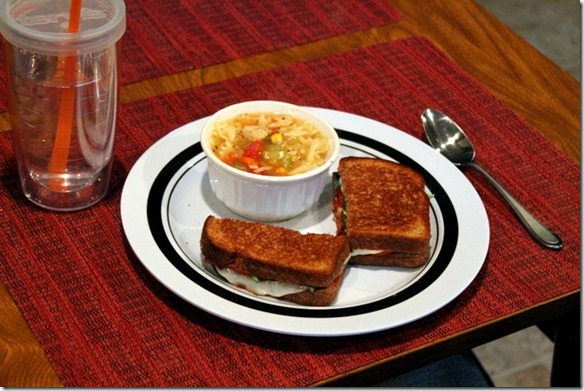 I could not get the idea of grilled cheese out of my head, so that’s exactly what I did…and I went big. I filled up two pieces of whole wheat bread with provolone cheese, tomato slices, turkey bacon, and spinach. 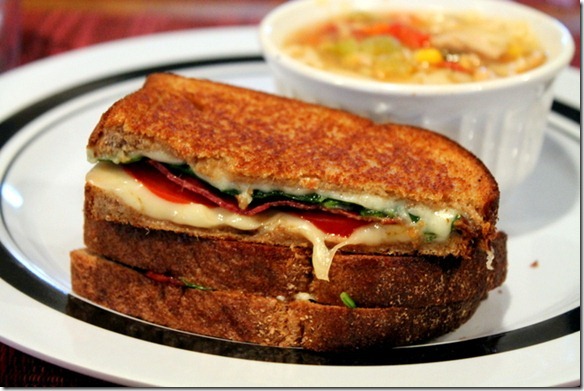 To say it hit the spot would be an understatement. WOW.

On the side, I had a small bowl (cup?) of steaming hot leftover turkey and veggie soup, which is just about gone now. 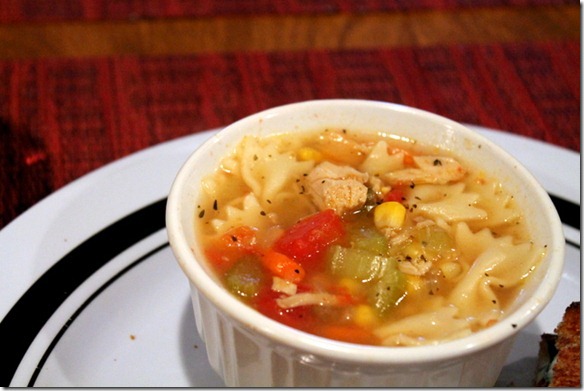 I’m hoping to get some walking in this afternoon, since I haven’t gotten a chance the past two days, so we’ll see what happens. Later this evening, Jay and I have a hot date…

We’re heading over to Lowe’s to pick up some new white bedroom doors for the house. It doesn’t get much more romantic than that, right?

Anyone else have anything fun going on tonight or this weekend? We actually have a Christmas party tomorrow evening, but other than that, it’s probably just working around the house and possibly finishing up the Christmas shopping. If that’s the case, this will be the first time in, well, forever, that I’ll be done that early. That’s exciting!

The winner of Laura’s Illustrated Look-Alike Character Giveaway has been chosen! Check out the original post to see if it was you!

« I Broke the Streak
A Doorstep Full of Packages »