Well good morning, friends! Sorry for no post last night…we lost power around 5:00pm due to the thunderstorms that rolled through and it didn’t turn back on until about 10:30, as I was lying in bed in that awkwardly creepy dead silence. Anyone else have a hard time sleeping without noise? We always, even in the winter, sleep with a fan running, so we were quite thankful for our return of power.

So anyway…here’s the post I had written up last night!

It was a hot one up in here today, folks. A HOT one. 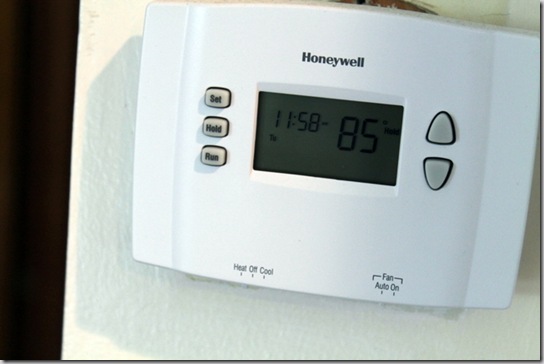 And that was before it even hit noon.

Now, don’t get me wrong…I love me some warmer months. BUT, it is still only May, right? I mean, we don’t have usually have this kind of heat for at least another month. And by then, we at least have our A.C. up and running so I can hide out in the bedroom if need be.

I’m pretty sure the heat was playing games with my appetite today, because it was basically non-existent for most of the afternoon, which is quite rare. Around 2:00, I ended up making myself a yogurt bowl. 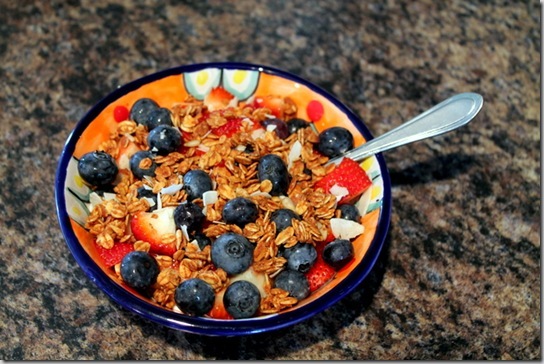 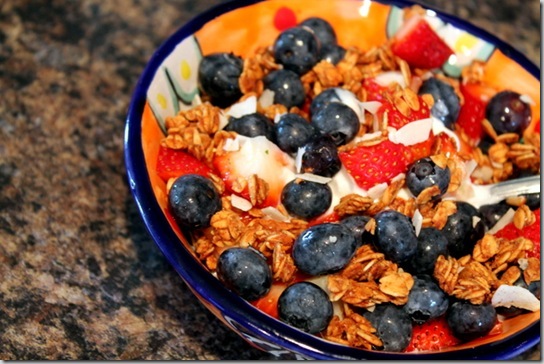 I also ended up dipping a pineapple SOYJOY bar into my yogurt, which was really good. 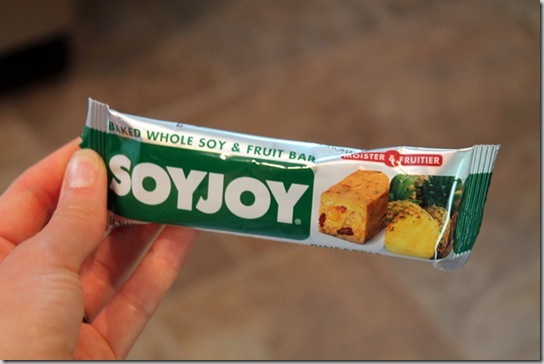 I’d be wiling to bet that this flavor would be awesome crumbled on top of my tropical muesli!

A short while later, I also snacked on a leftover cookie bar from yesterday. 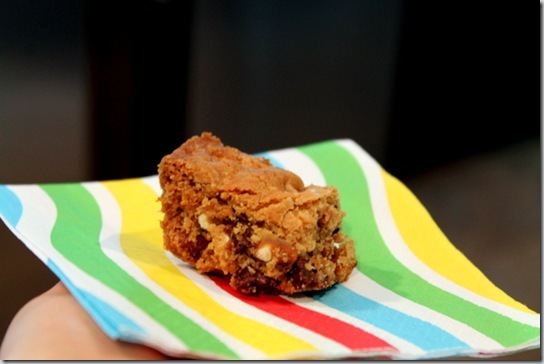 I tried finding the original recipe online for you guys, but I had no such luck. I CAN tell you, however, that the recipe came from Two Peas and Their Pod and the recipe is “Chocolate Chip Cookie Pretzel Bars.” Perhaps I was just too lazy to look further for it earlier (I had printed it out a while ago), but if you find it, keep it. It’s delicious.

The heat continued well into the afternoon today and we made it up to a whopping high of 86 degrees in the house. 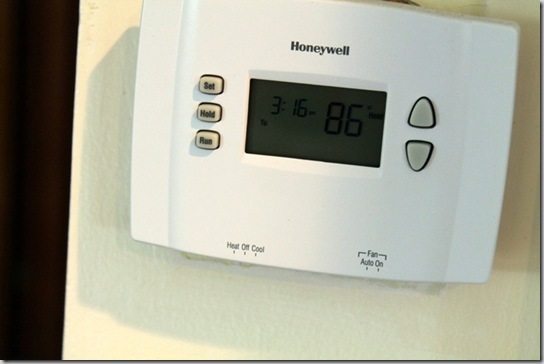 It didn’t take long before it started to take a toll on my little…errr, big, furball. 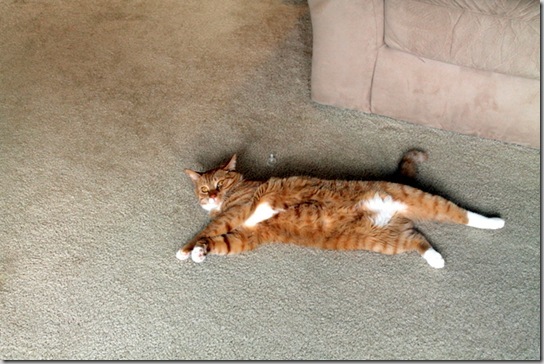 This guy was sprawled out all over the place today and was actually quite a good source of entertainment for me. 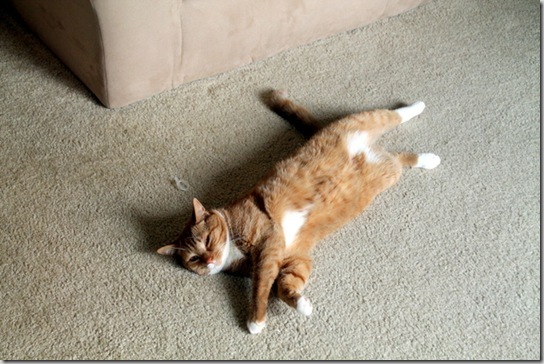 Around 5:00, we heard that there were some pretty heavy storms about to roll through, so we did the only natural thing and sat out on the back deck and waited for them to arrive. 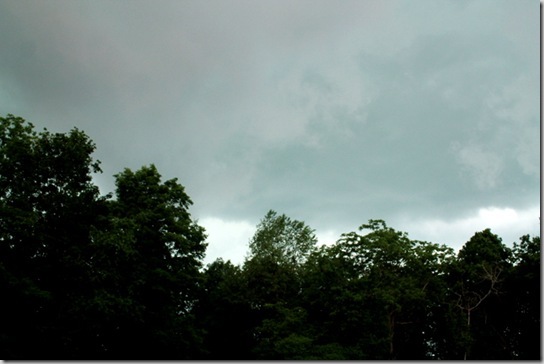 We both love thunderstorms but they almost ALWAYS miss where we live, so we were psyched to see that they were actually headed our way. The clouds were moving like crazy, and before we knew it, we had a full-blown storm. 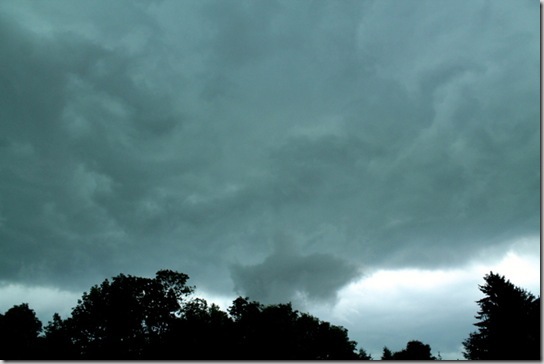 It was a pretty good one…didn’t last long though. 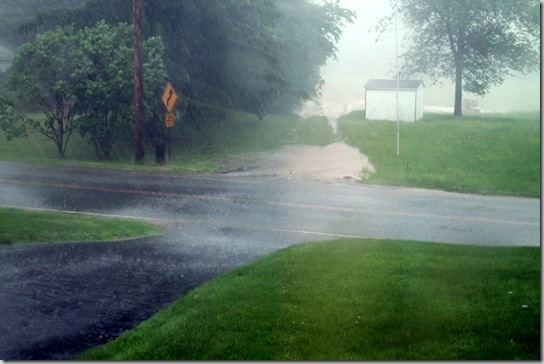 But about two-thirds of the way through the storm, we ended up losing power. Booo.

Leftovers from Monday for dinner tonight, easy peasy. A quick shift at work tonight and then its back home to a house with (*hopefully*) power. If you’re reading this post, then that means we’re back in business! <—Yes, only 12 hours later.

If your home lost power entirely and you could only return power to ONE item, what would it be?

If I knew it was going to be longer than 24 hours, I’d say the refrigerator. If it was just a couple hours and it was hot out? Then definitely a fan. Definitely.