This weekend was a fun one. 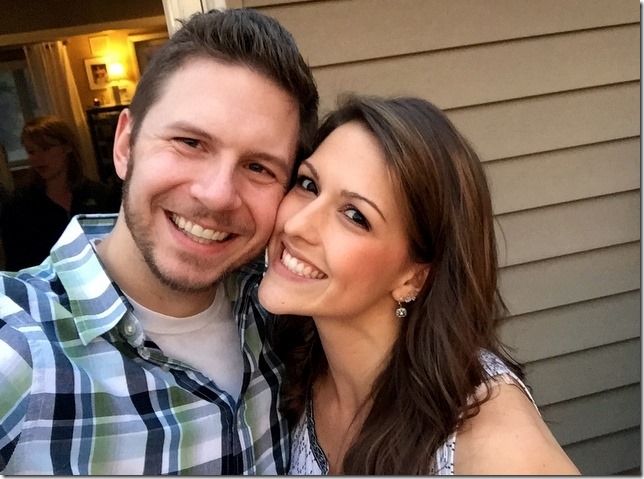 Since our days and weeks are limited here at our home, Jay and I wanted to have one last “hurrah” with our cousins and friends to help us create some lasting memories here. As usual, they didn’t disappoint, and everyone had a total blast. AND, I only managed to have one sad moment with tears (so bittersweet to know it’ll likely be our last party here), so I considered that a victory. I can be such a basketcase.

The party was kiddo-free (Lucas stayed overnight at Jay’s parents’ house) which made it extra nice to be able to actually sit and chat with everyone, as opposed to having half conversations while chasing after the littles. Oh, how things have changed over the years! 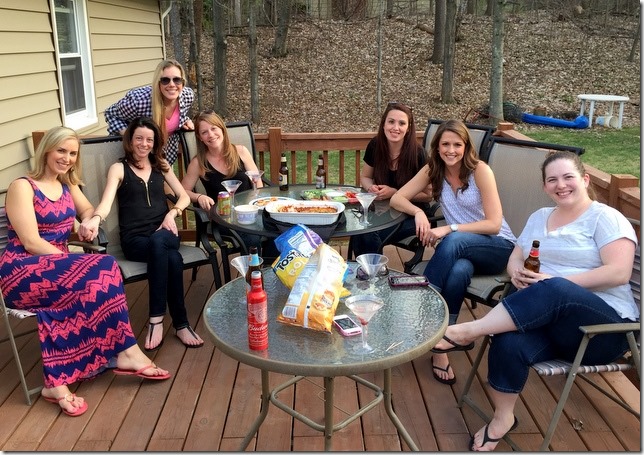 We were blessed with a beautiful day, so everyone was able to spend most of the evening outdoors on the back deck and in the yard. Our friends Erica and Steve came totally prepared with all sorts of fun drinks, and Steve played mixologist (he’s also a bartender), whipping up fresh raspberry margaritas and grapetinis. 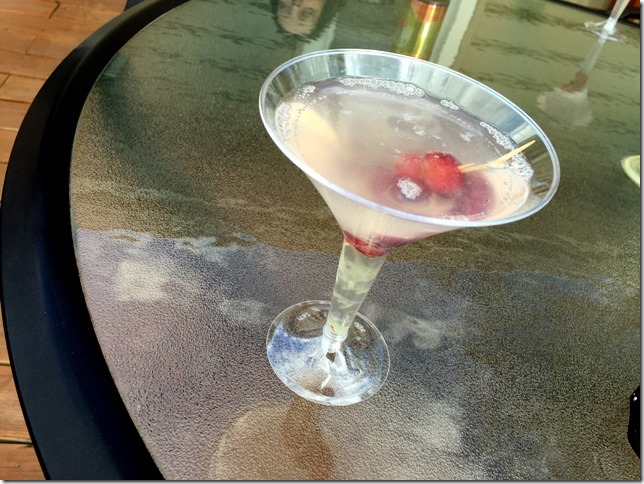 They tell me there was alcohol in them…but I swear, I didn’t taste any.

We kept the food pretty simple; everyone wound up bringing something to share, and we ordered some pizza to have as well. 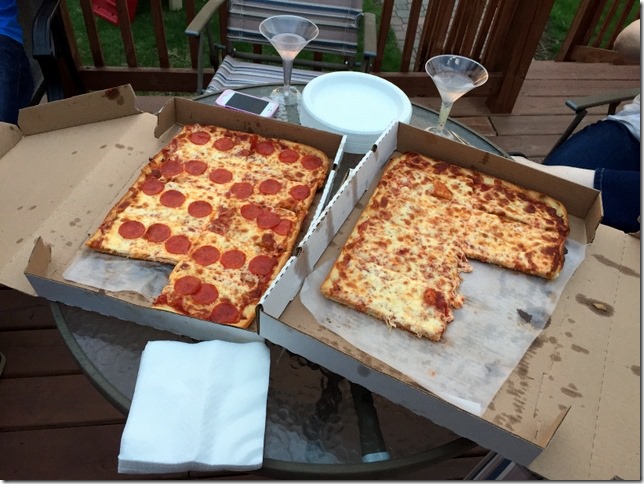 The desserts were out of this world…peanut butter cup cookie cups and chocolate covered Oreos (half were chocolate almond and the other half were white chocolate mint…OMG). 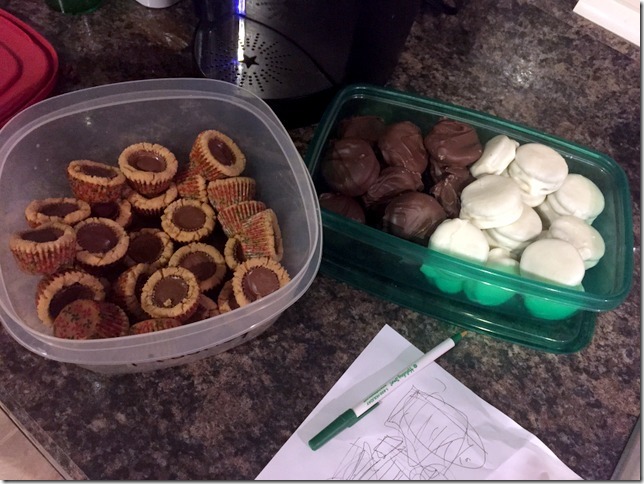 At some point, beer pong started happening and I’m pretty sure just about everyone got a turn at that. I can’t even remember the last time I played beer pong (although we’ve had plenty of fun memories of beer pong in the backyard), but it sure was fun. 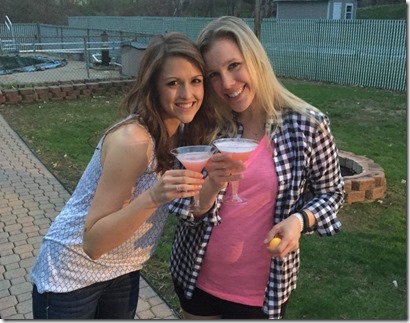 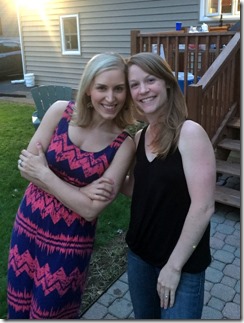 Have I mentioned before how much I love these people? All of these folks (plus many more) are the reasons we could never ever move far away. 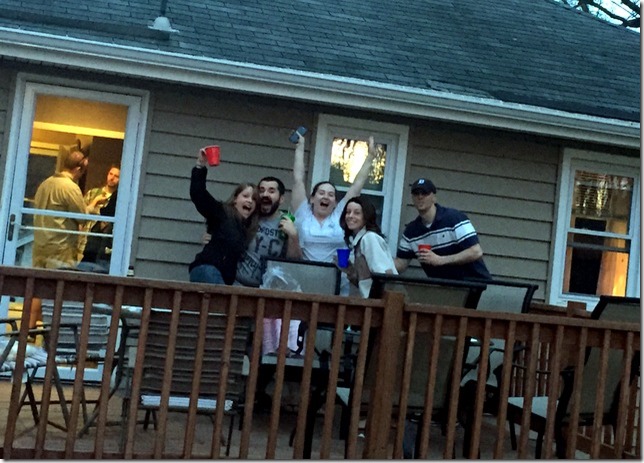 A little later in the evening we had a bonfire… 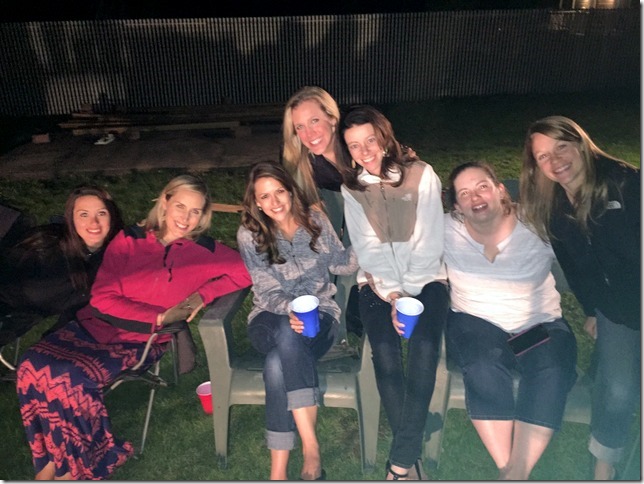 And the shenanigans continued. 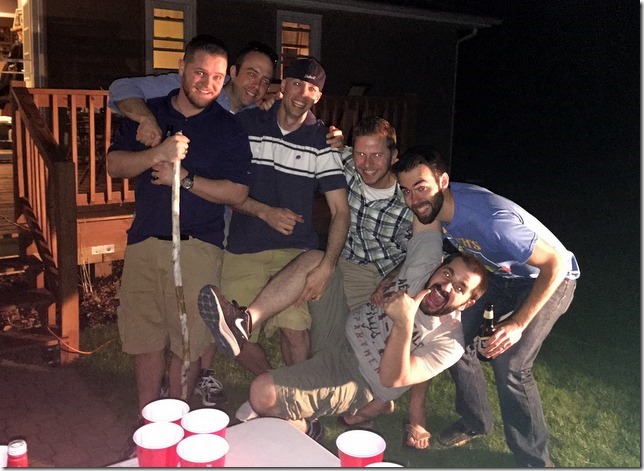 Much later in the evening, just about everyone made it back inside to watch the Mayweather/Pacquiao fight (which, if you ask me, was a total waste of money…but I guess it’s a guy thing?). 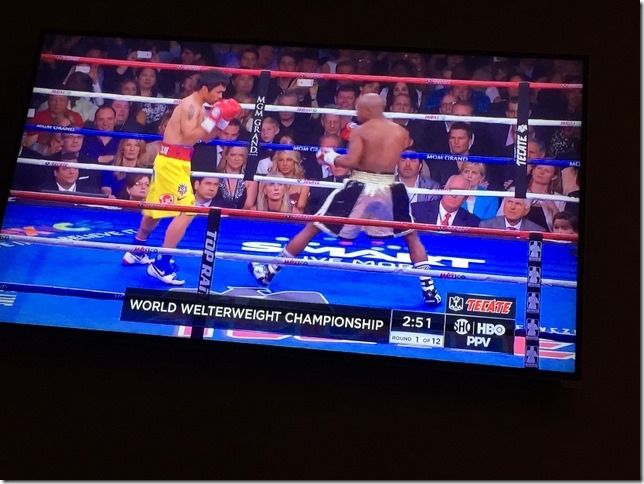 And shortly after that, just about everyone started fizzling out. I mean, I think at least half of us were shocked we even made it to 11pm. We’re so old. 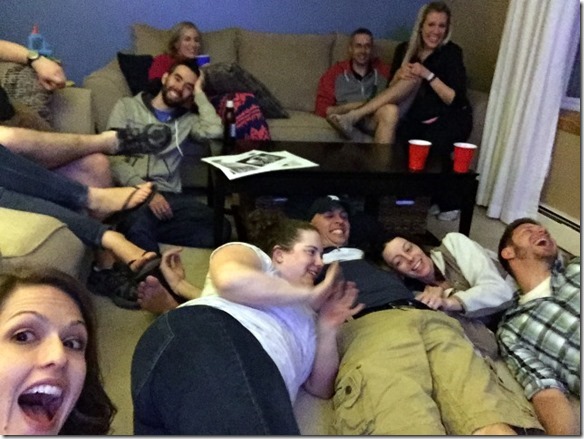 But we sure know how to have fun.

Sunday started off pretty slow, since we didn’t have to worry about waking up with Lucas. We enjoyed a nice , quiet breakfast, then Jay went off to go pick up the little guy while I caught up on some laundry, cleaned up a bit, and did some meal prep for the week ahead (salads for me, meatballs and pasta for Lucas). Then once Lucas and Jay were back home, the majority of our afternoon was spent outside. 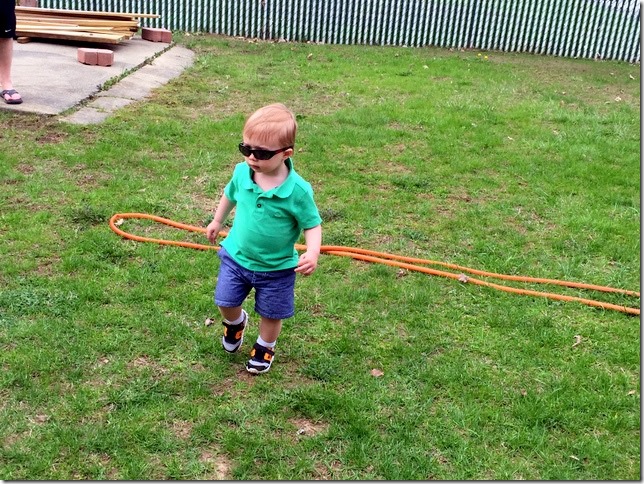 It was such a gorgeous weekend…we had to soak  up as much of it as we could. 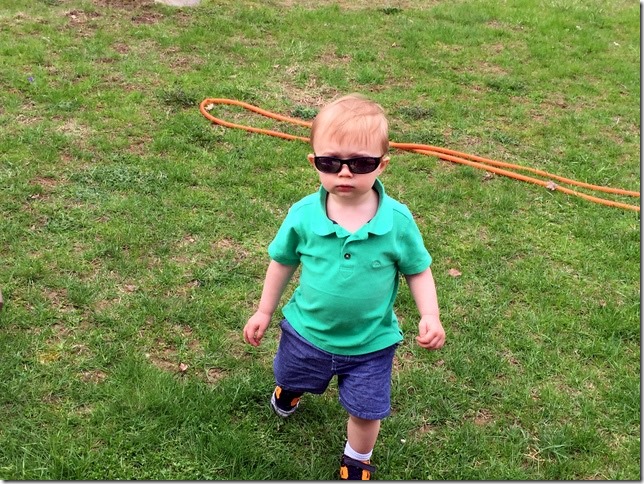 So yeah, this is definitely one of those weekends I’m sad to see end!

This weekend was also rather awesome because we finally had some things we had been waiting for with the house situation finalize. Up until a few days ago, there were quite a few balls still up in the air, making us a bit uneasy, but everything seems to be falling into place rather nicely now so I’m feeling much more at ease about it all. PLUS, we got a projected completion date from the builder on our house…August 6th!! It’s so crazy to think that in three months, we could potentially be in our new home. All of it is still just so surreal!

Alright guys, I’m off to go relax for a bit and then, it’s Secrets and Lies, baby. I’m SO SAD that this is the last episode…hopefully not forever?!

Hope you guys all had a fantastic weekend, and hey, be sure to enter yesterday’s giveaway!