Yesterday was a really, really great day. Even though I didn’t get my manicure in, I did manage to knock just about everything else off of my list for the day, which was awesome.

The first thing on the agenda? A workout. And it was a good one! 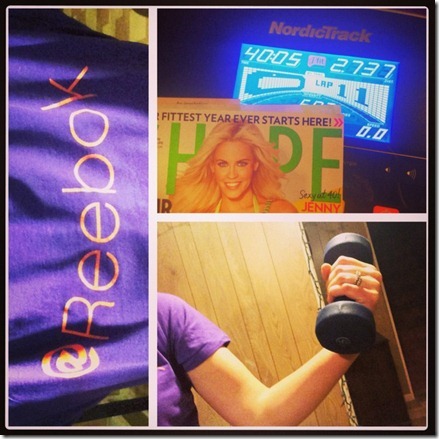 I started out with about 40 minutes of cardio, and then finished up with about 20 minutes of strength, including all sorts of fun stuff like squats, bicep curls, rows, tricep extensions, booty burners. I’m sore today for one of the first times in a long time, and I love it. Like, a lot.

I started getting hungry towards the end of my workout, so as soon as I finished, I came up and made a quick yogurt bowl. 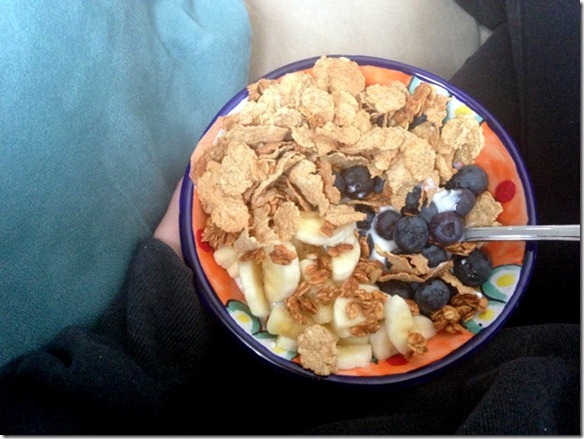 As I was finishing up, Cody also decided to come up for some cuddles. Awww, my little bugger loves me. 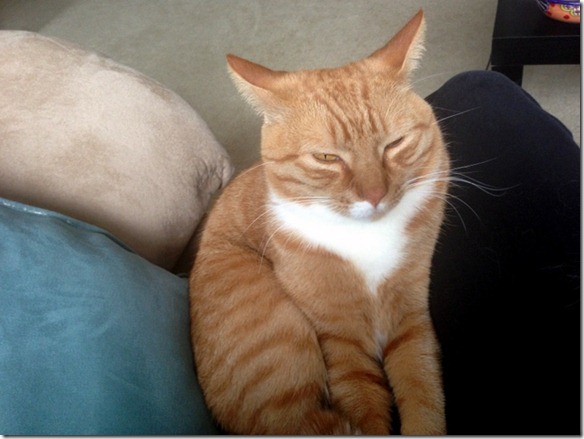 Yesterday afternoon, I also managed to roast up some of the veggies from my produce bag this week. I peeled and chopped up the kohlrabi and rainbow carrots, tossed them in a little EVOO, Garlic Gold, salt, pepper, and more garlic powder (because really, why not?) and roasted them at 450 degrees for about 35 minutes. Then I took them out, moved them around a bit, sprinkled them with some parmesan cheese, and let them cook an additional 5 minutes. 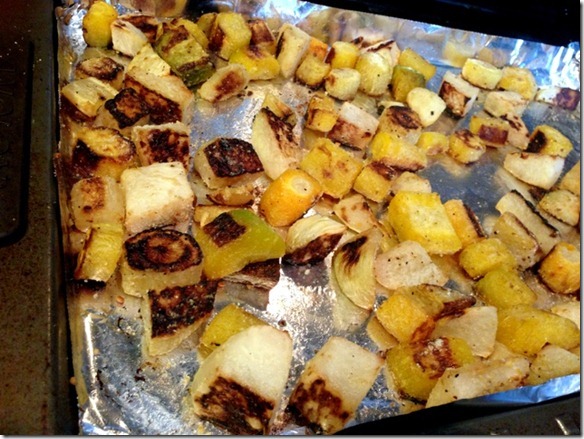 I wanted them roasted for the week ahead, but I did try a couple small pieces and I was pleasantly surprised at how they turned out. The kohlrabi actually reminds me a bit of broccoli and has a really good flavor.

When it came time for dinner, Jay and I had some pretty fun plans for the evening… 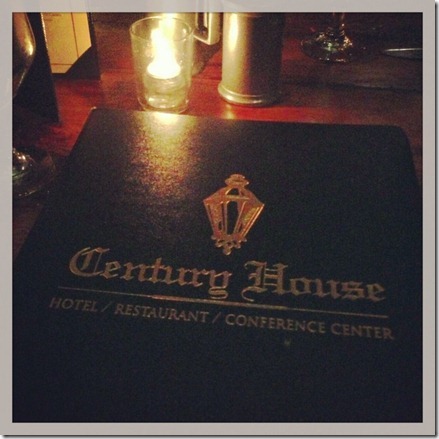 For our anniversary, my in-laws got us a generous gift card for dinner to the same places where we got married, and since we didn’t go on the night of our anniversary this year, we figured why not use it last night?

Our decision to go was sort of last minute, so we were thrilled to be able to get a table without a reservation. It also helped that we had a little $10 off coupon that they send us every year for our anniversary. 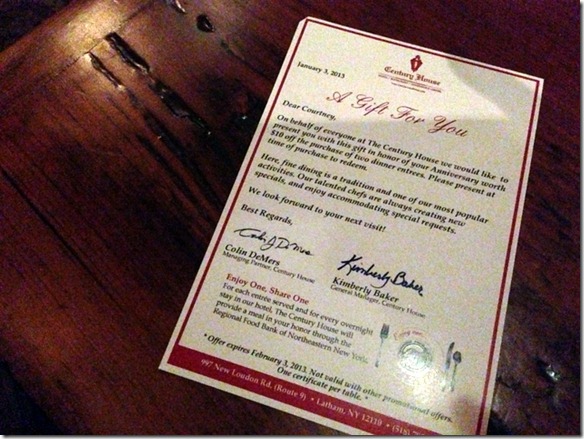 Funny story: This year, between the two of us, we wound up getting 5 coupon cards (two were for my birthday). I’m thinking they had a little mix up with the mailings.

Shortly after getting a seat, we were served some fresh, warm bread with garlic infused olive oil. 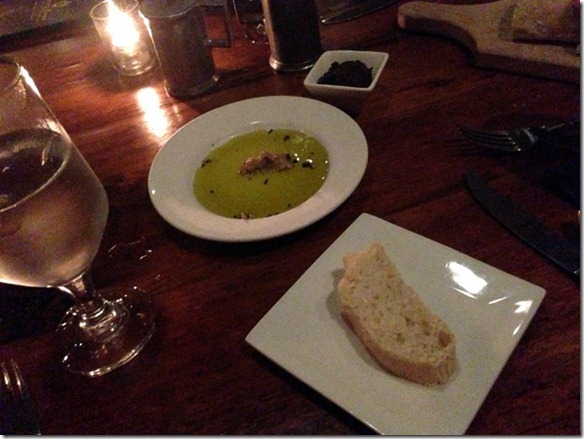 I was famished by the time we sat down, and I’m sure I could have eaten the whole loaf no problem, but I held off with two small pieces.

As an appetizer, Jay and I decided to share the calamari dish, which had to be one of the best dishes of calamari I’ve ever had. Super fresh, topped with some incredible aioli sauce that blew me away. 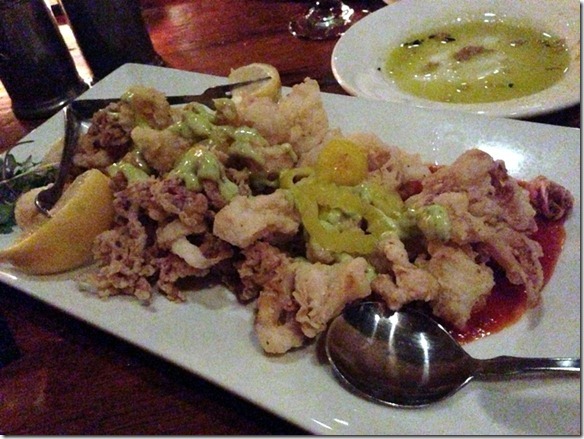 While we were placing our dinner orders, our waiter totally upsold us on a specialty salad that they were offering, so we wound up having that as our second course. Plus, he offered to split the salad on to two plates, which I thought was cool. 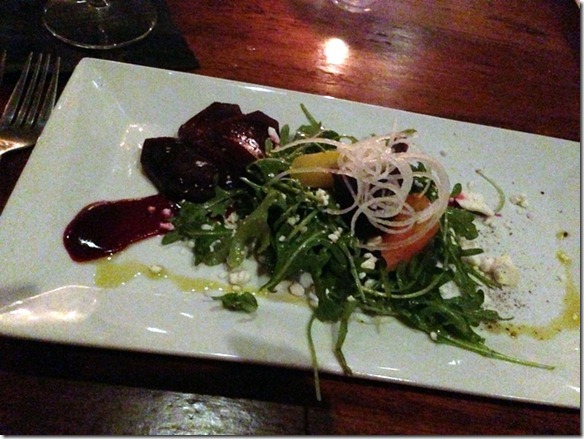 I honestly don’t remember exactly what the salad was, but I remember it had beets and some sort of a citrus grapefruit vinaigrette, or something like that. Whatever it was, it was good.

For my entrée, I went big and ordered the filet mignon, which was super tasty. 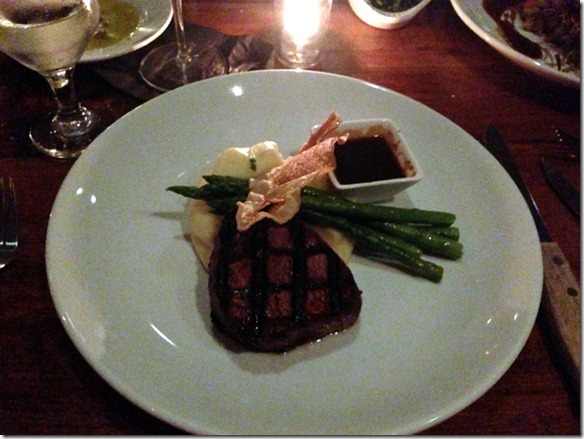 By this point in the evening, I was full. No doubt about it. In fact, if we’re being honest, I probably could have called it quits after the salad and felt satisfied.

But then our waiter brought out the dessert menu.

And then, this happened… 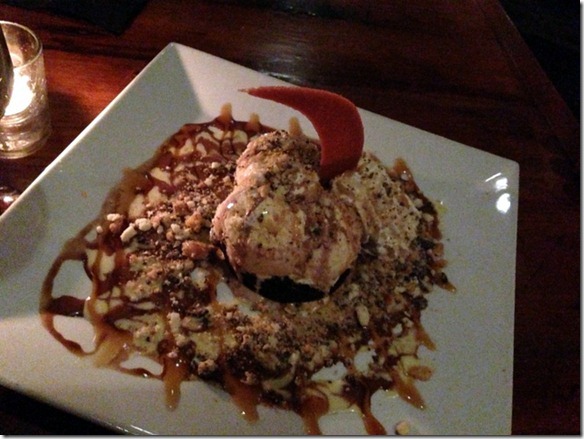 and THIS is what is called the Grand Finale, which is a double chocolate homemade brownie, topped with ice cream, cookie crumbles, caramel, and white chocolate sauces.

All I can say is thank goodness it was actually a small portion (it doesn’t really look like it here, but the dessert itself was probably only the size of a fist) because if it was bigger, I probably would have kept eating it. 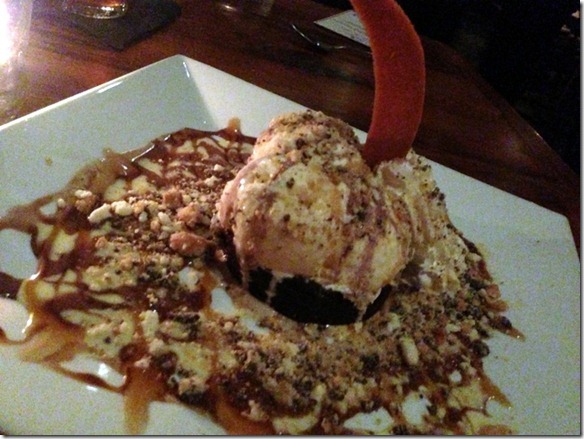 We both had no problem devouring it. And were then both fantastically STUFFED by the end.

As we were finishing up our dessert, we got talking with our waiter and told him that we were celebrating our anniversary; a few minutes later, he wound up coming over and surprised us with complimentary champagne. Mmmmmm. I haven’t had any alcohol, obviously, since October, but I did decide to enjoy a couple small sips, and boy, did it taste incredibly delicious. However, I kept it to just a taste and then let Jay finish up the rest of my glass, and his.

And that, my friends, just about sums up my Saturday. Another good one, indeed, and hopefully yours was just as great!