How was everyone’s weekend? Things were pretty darn good over here…you already saw most of my Saturday, and Sunday was just as nice. I had a baby shower brunch to go to for my friend Kate, which my mom was also going to so it was nice to spend a few hours with her. After the shower I came home and both Jay and I did some work around the house – I did a little cleaning, laundry, and organizing, while Jay worked a bit more on the nursery.

When it came time for dinner, surprisingly enough, I actually had a bit of motivation to put some time in the kitchen. Who knew? 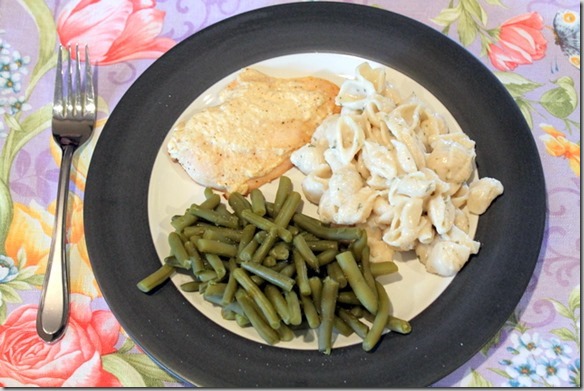 I think my favorite part of the meal was Kristin’s Creamy Garlic Shells. I pinned these a while back and came across them yesterday while trying to figure out dinner. I already had everything on hand – even after I ruined the first batch after burning the garlic. Whoops. 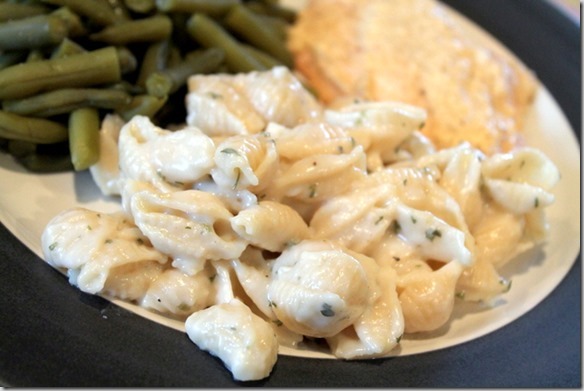 Dinner also included another Pinterest find, which was this chicken recipe. I pinned it a few weeks ago and had high hopes, but it wasn’t quite as stellar as I was hoping for. I mean, it was good, but it didn’t come out looking anything like the photo and just tasted like it was missing a little something. 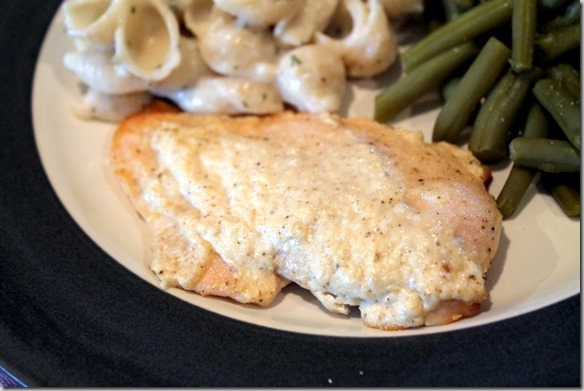 I’ll have to figure out what to do to jazz up the other chicken pieces, because we’ve got plenty of leftovers from both! 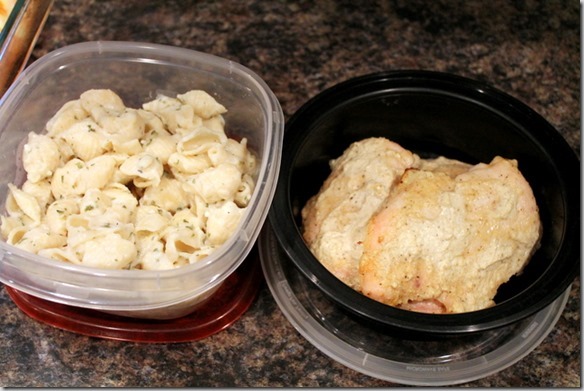 So that whole motivation in the kitchen thing? Would you guys believe that I actually did a teeny tiny amount of prep work for the week ahead??? I know, right? Crazy. 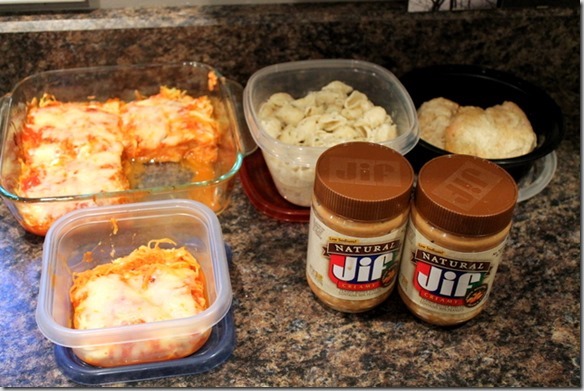 I’ve had a spaghetti squash sitting on my counter for a while, so I decide to test out Skinnytaste’s Spaghetti Squash Lasagna. I didn’t follow it exactly but it was pretty close and is basically the same idea…lots of spaghetti squash, sauce, and cheese. YUM. I packed up one piece to go along with my lunch today and will still have three more for during the week. 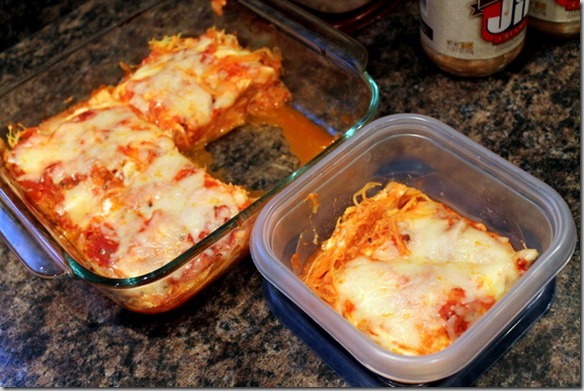 I also prepped two batches of overnight oats in a jar. These jars have been waiting around for a about a week , so I figured I should probably get working on them. Since I never seem to feel like making OOIAJ when I should (aka, the night before), I figured I’d just prep them now and have them for during the week when I want them. 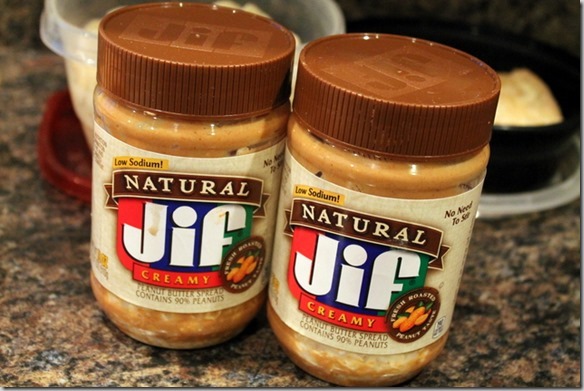 One of those days just so happens to be today. ;)

This morning I also managed to get up on time for a quick workout. Nothing crazy…just a quick, 30 minutes on the treadmill which varied in inclines and speeds while watching the morning news.

Now it’s time to get back to the grind that is the work week. Ohhh, it sneaks up on us so fast, doesn’t it?

How much food prep do you do on the weekends for the week ahead? A lot? Nothing?

Someday, I hope to be as good as Lindsay, but I doubt that I’ll ever get to that point. ;)