Well, another fun Halloween party is in the books!

Unfortunately, I didn’t end up taking too many pictures last night, but I did snag a few. As always, there was plenty of good food – garbage bread, buffalo chicken dip, taco dip, funfetti dip(!!), guacamole, chips, veggies, etc… 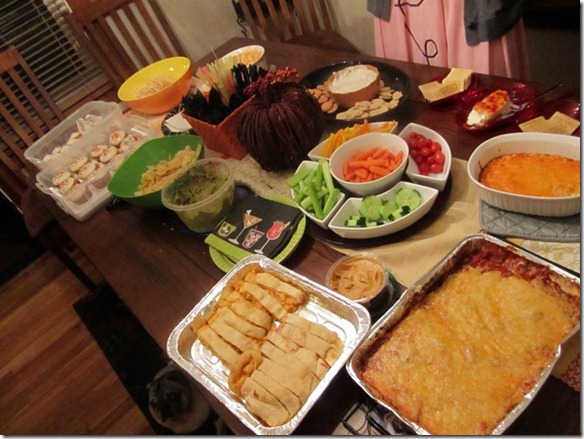 In addition to my pumpkin keg (which went pretty well, I think!) I also brought over a batch of my Pumpkin Spice Cupcakes (big and mini ones) but they didn’t quite do to well on the car ride up. 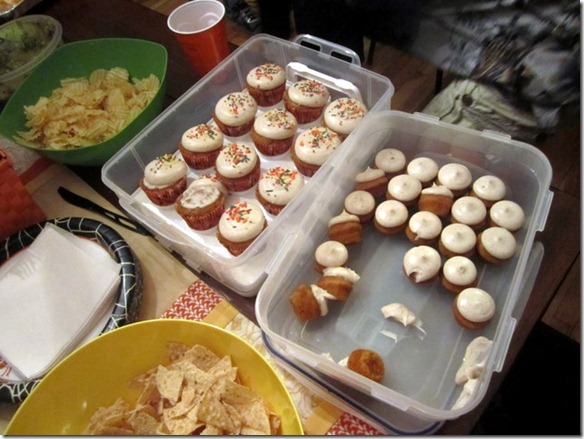 As for mine and Jay’s costumes? Well, we totally pulled together a last minute “Tacky Tourists” combo. Definitely not our best showing, but at least I was comfortable. Our other friends had some great costumes… 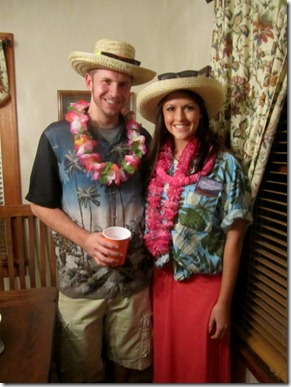 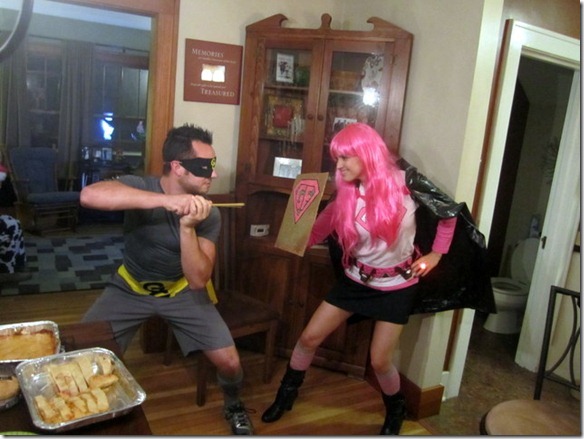 It was definitely a fun party, and it’s always so fun to hang out with this crew. It’s funny, because we got talking about how last night’s party was so much more subdued than it has been in years past (you may remember last year’s party and the year before that) and the years before THAT were quite amusing.

Our main source of entertainment last night wound up being a a couple solid hours of playing Cards Against Humanity. Oh my goodness…have you guys ever played this game? It was my first time playing, and basically, it’s an adult version of the game Apples to Apples. But when I say adult version, I’m really not kidding. Oh man…hilarious.

I told myself last night that I wasn’t going to set an alarm this morning and just allow myself to sleep in. Well, I wound up sleeping in until about 9:45, and it felt wonderful. Granted, we didn’t get home and in to bed until a little after 1:00am, but still. It was a much needed late wake-up call.

Shortly after I was up, I made myself some breakfast. 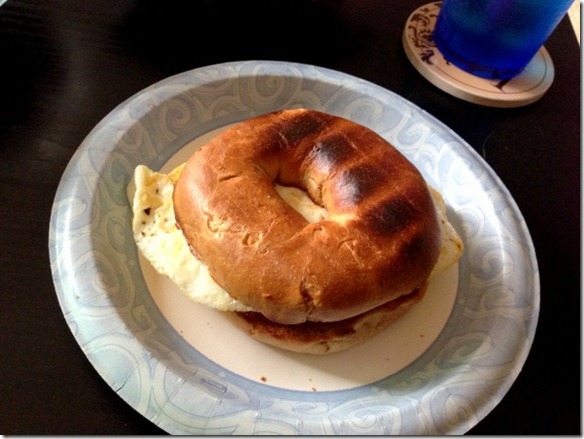 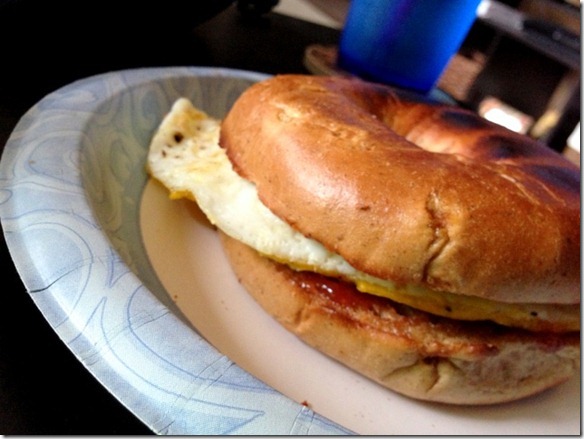 As for the rest of today, it’s most likely going to consist of lots of boring stuff that needs to be taken care of…aka, grocery shopping, laundry, and cleaning. Blech.

But the way I see it is, the sooner it gets done, the sooner I get to chillax on the couch for the afternoon. So on that note…I’ll catch you cool cats later.