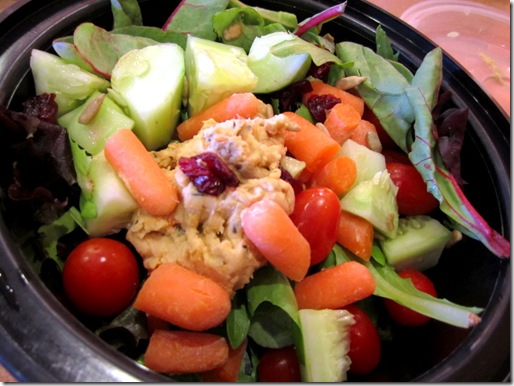 Please don’t think any less of me.

We have so much produce in our house right now and I really don’t want it to go to waste. So I packed up a simple veggie salad topped with some dried cranberries, sunflower seeds, and hommus. It was just as good as Panera.

To accompany my smuggled in salad, I ordered myself a strawberry smoothie, which I got for free thanks to my MyPanera card. 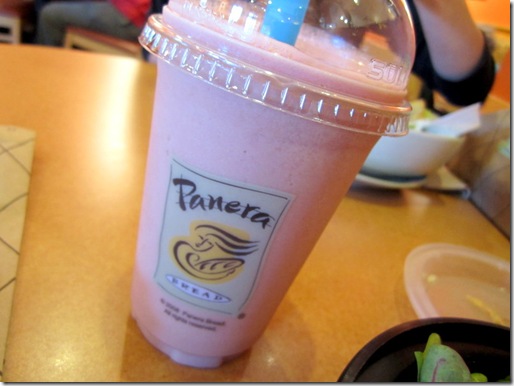 I obviously got all gussied up to go out… 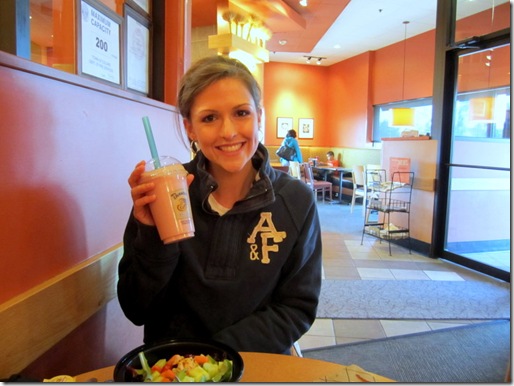 And of course, I can’t hit up Panera without getting some of their amazing baguette…which I also got for free because I’m super awesome. Either that, or I just buttered up my cashier enough. 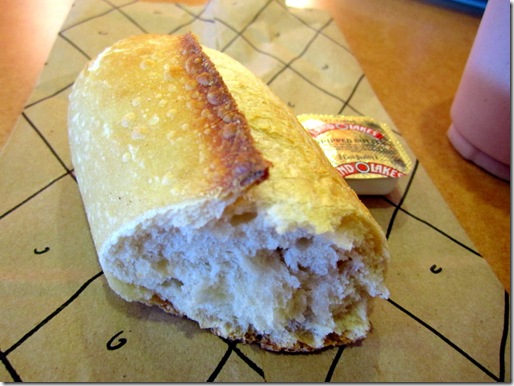 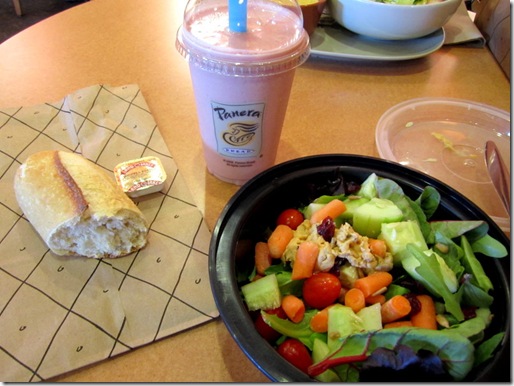 Time spent with Heather, my BFF from kindergarten, whose little baby bump grew like crazy in a month and a half? Check! Would you guys believe she’s not due until October? Goodness gracious… 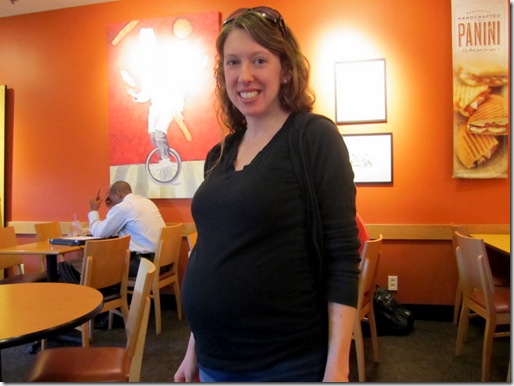 I think that little Logan is going to have some meat on his bones Ms. Heather!

After dinner, I headed down to watch the boys at their softball game. Once I got there, I was quite surprised to see hubby on the mound…pitching! He’s usually an outfielder, and even though they lost, I was still a proud wifey. 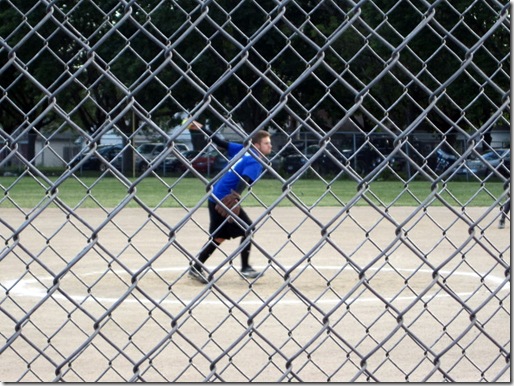 During the game, I chatted away with the other fans in the stands, and the players on the bench…aka, my dad. 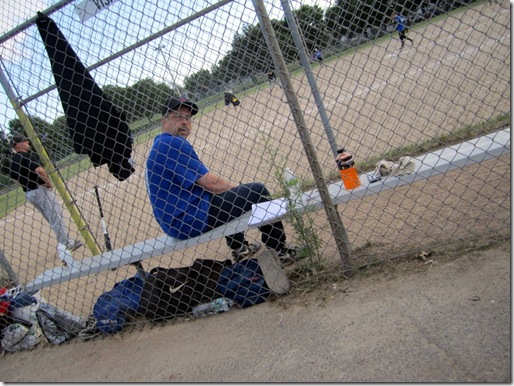 Would you believe that on Wednesday it was over 90 degrees and I was sweating bullets? The weather has dropped 30+ degrees, and I froze my tush off last night. Two sweatshirts and a blanket…still chilly. 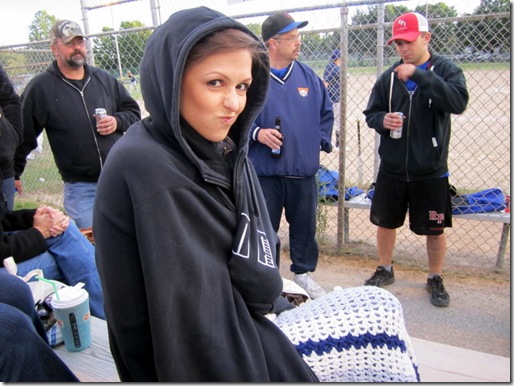 Hopefully today is a little warmer!

This morning, I woke up with one thing on my mind… 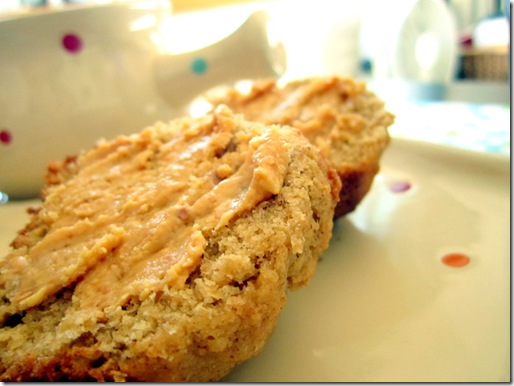 Banana muffins topped with peanut butter. Ohhhhhh yes. I went sans chocolate chips this morning, but I’m sure one of those will make an appearance later on. 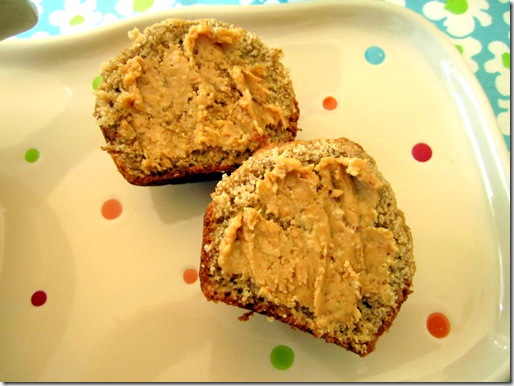 And as much as I would have loved just stuffing my face with muffins, I knew I needed a little something else, so I paired it up with a small cereal combo bowl. 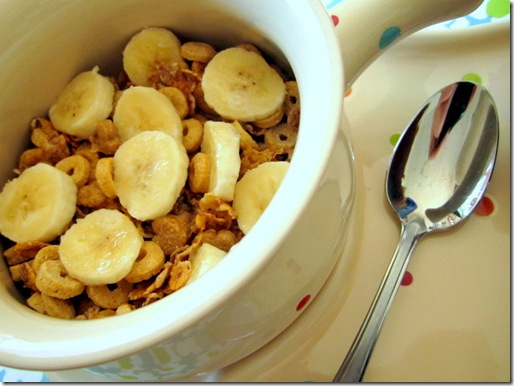 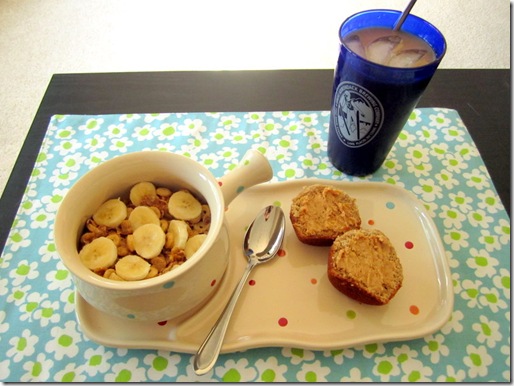 I’ve got lots on my agenda today, including some more baking…time to get movin’!

Do you still keep in touch with many friends from your early childhood?