Ohhh, last night was so much fun! And it’s all (well, partially) thanks to these… 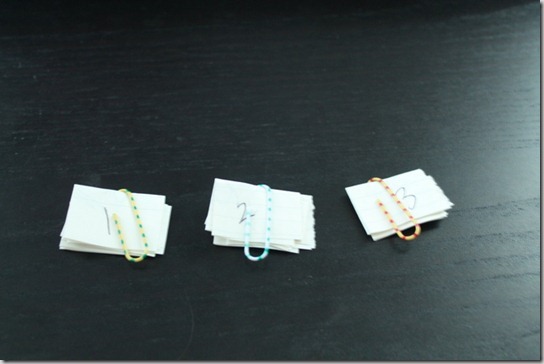 Once I decided to take control yesterday on date night, I thought it might be fun to do a little something different. If you guys are anything like Jay and I, you may tend to have a hard time deciding on places to go…that’s an understatement for us.

So rather than sit and waste time deciding where to go, I wrote down a bunch of choices for three different categories, and then left it up to fate…well, sorta. 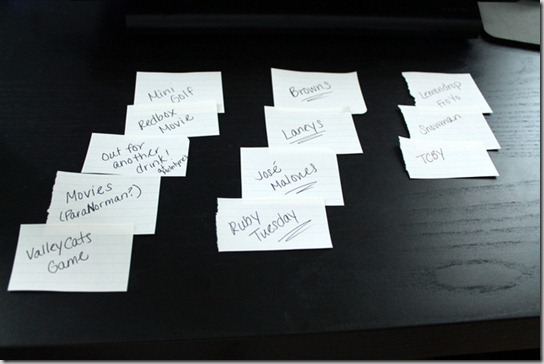 (Pictured on the left were after-dinner activities, in the center were dinner choices, and on the right was dessert.)

Once Jay got home from work, still sulking over the fact that he didn’t know where we were going, I let him make his first choice from category number one. He ended up grabbing Ruby Tuesday which, of course, was a last minute add-in that I really didn’t even want…I just felt compelled because we had a coupon.

Sooo, I made a last minute change to the “rules” and told him he was allowed one more pick if he put that one back. This time he chose Jose Malone’s – a great choice!

We got in the car and headed down into downtown Troy. Once I parked, I let him know that he was allowed to pick one more place along the strip of restaurants to go for a pre-dinner drink. By this point, I think he was finally having fun with my game, and he opted to head to one of our favorite spots…Brown’s. 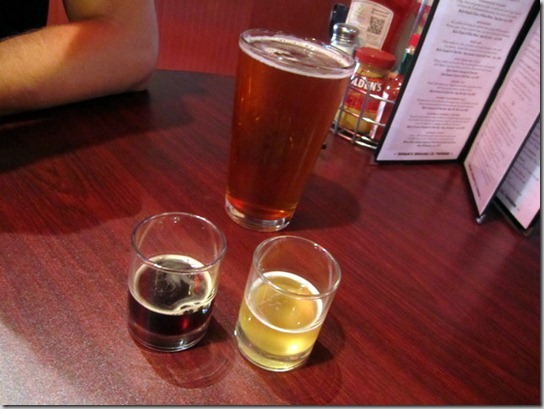 We grabbed a table in the bar area and started checking out the beer menu. Much to my dismay, they were out of my beloved Cherry Raspberry Ale. Hmmph. The waitress we had was super nice and offered to let me try a couple of other ones instead, so she brought over samples of the Porter and the American Wheat Ale. 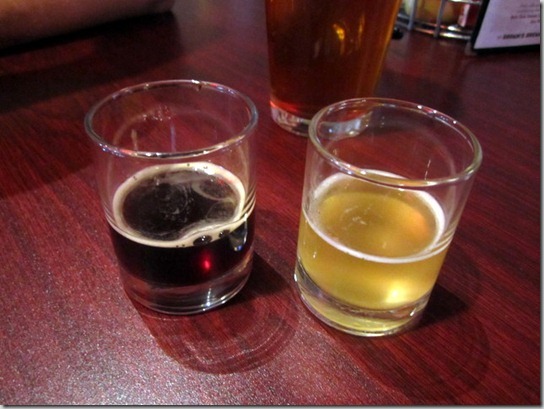 The Porter was good, but would have been a bit too strong for a full pint, so I went with the American Wheat. Perfectly light and summery. 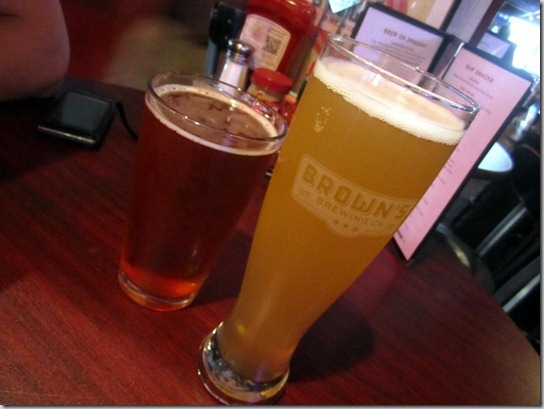 About a half hour into our arrival, we watched them post their sign for the Cherry Raspberry! 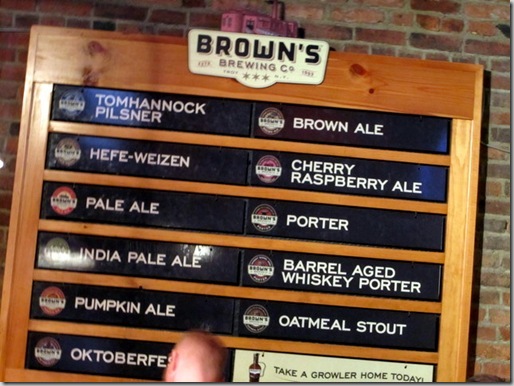 (old photo from this post – although I’ll be psyched to see the pumpkin ale and oktoberfest back!)

So we just had to get one to share. 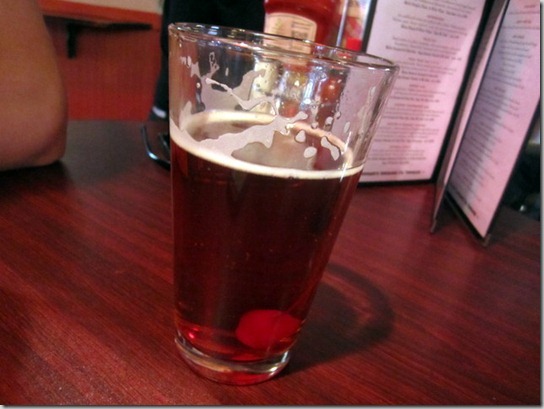 And my lovely date even let me have the cherry from the bottom of the glass. He’s such a keeper. 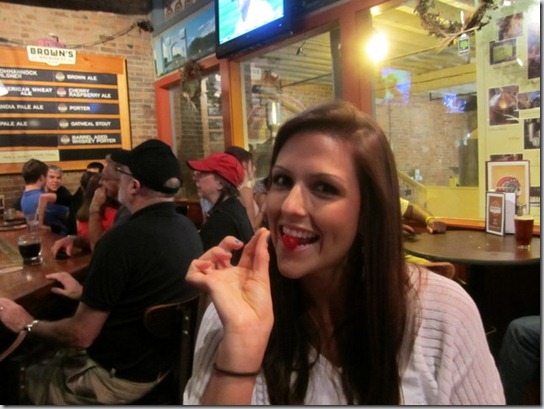 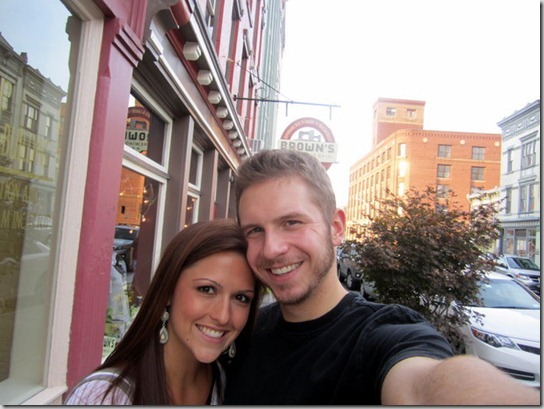 Once we finished our beers, we left Brown’s and walked about three doors down to our dinner spot, Jose Malone’s. 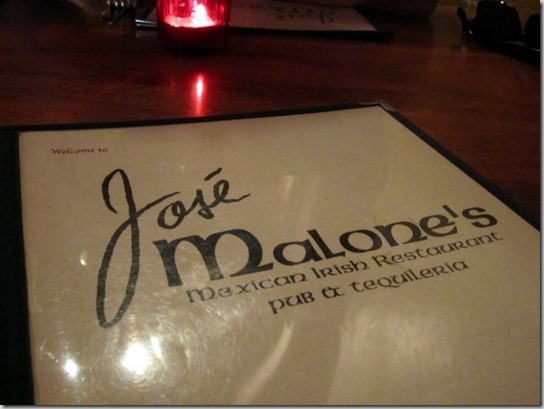 You may remember that I was here just last month and had quite a good time. Perhaps a little too much. So this time, I made sure to steer clear of the margaritas. They. Are. Dangerous. 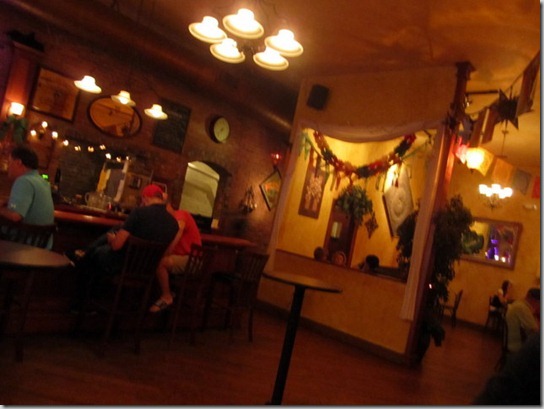 Jose Malone’s is such a fun place, it a wonder why Jay and I haven’t come more often…especially considering its so close to us. I hadn’t eaten here in years, and Jay never had, but after our meals last night, there’s no doubt that we’ll definitely be back.

We started out with some fresh chips and salsa. 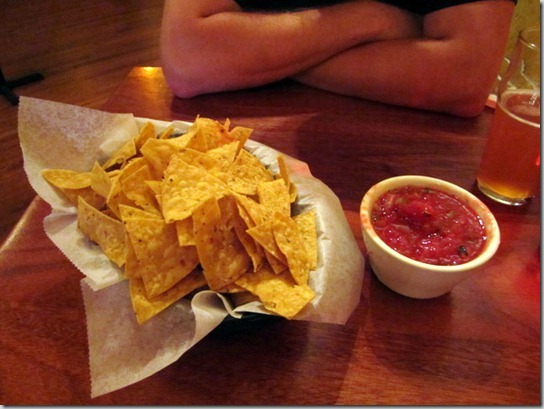 Their salsa is amazing. I seriously want to buy a bucket of it off of them. I’m so not kidding.

While we were there, I let Jay choose our next “activity” for the evening. At this point, we were a bit later than I had expected, but I figured we’d see what happened. 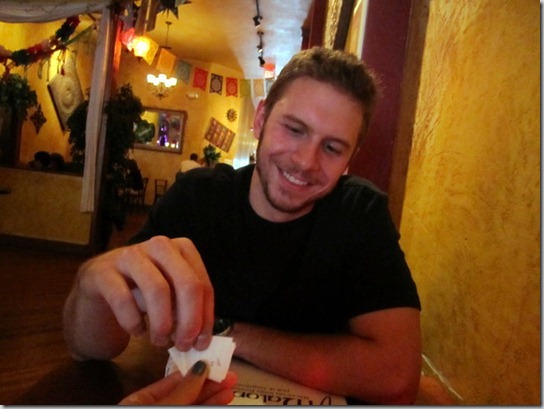 He wound up picking a movie (ParaNorman – looks so funny) so we decided we’d check out movie times as we got closer to being finished.

For dinner, Jay opted for chicken fajitas, which he raaaaved about, while I decided to go with something a bit different…a BLT Quesadilla. 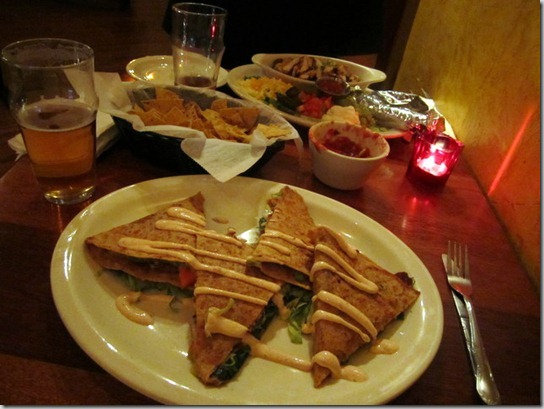 I don’t even know where to begin with these. They were SO GOOD. I loved how they were filled with lots of spinach and not tons and tons of cheese (my main reason for not usually ordering quesadillas – extra cheese just isn’t my thang). 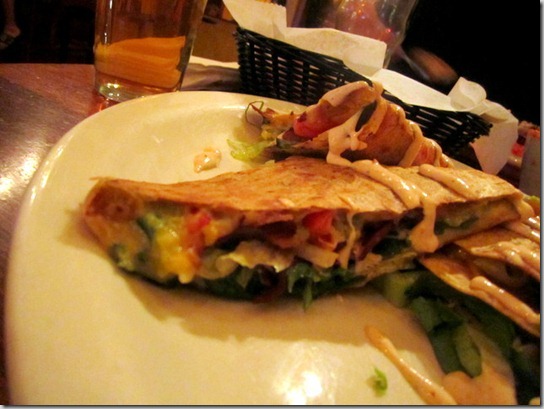 I thoroughly enjoyed two out of my four wedges and decided it’d be in my best interest to box the rest. Any more, and that probably would have put me into the uncomfortable zone…and I still had dessert left!

By this point, we realized that the “activity” portion of our evening was probably a bust. We didn’t end up leaving Jose Malone’s until about 8:30 and the movie times really just weren’t working in our favor. We agreed to skip past the activity and move on to category three: DESSERT.

Funny enough, the place we ended up going to wasn’t even a choice I had written down. We figured since we were still in downtown Troy, we should just stay local, so we headed out for a short walk to our next destination of choice. 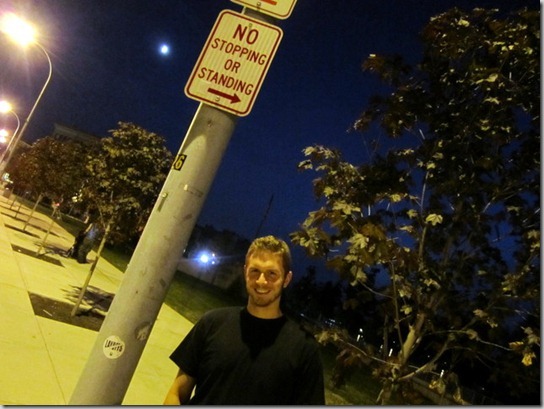 With a few humorous stops along the way.

So I don’t know if I’ve mentioned this yet, but we have a new fro yo place in town! 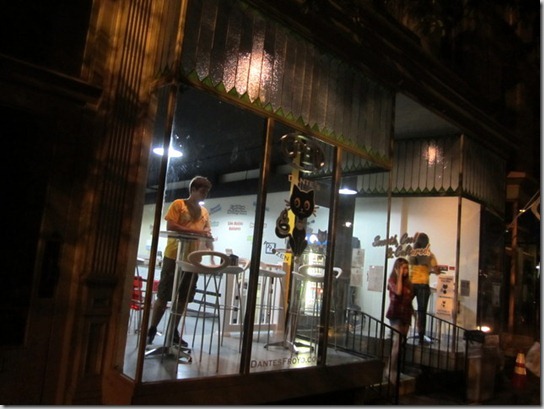 Dante’s Frozen Yogurt opened up a few weeks ago, and I’d been dying to get down there ever since. Last night was the perfect opportunity, so we went to check it out. It’s set up very similar to all the rest of them, with about 10 different fro yo flavors and lots of toppings. 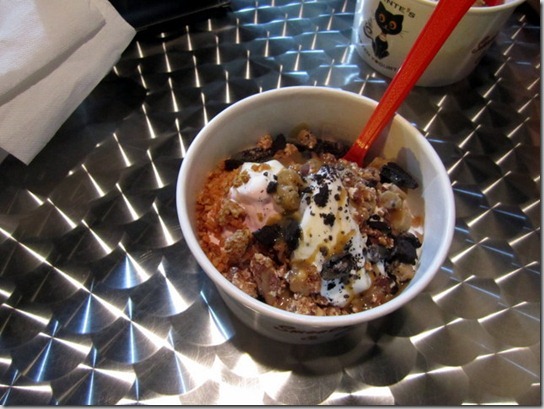 I opted for a swirl of Cookies & Cream + White Chocolate Mousse and a swirl of Strawberry + Cheesecake, topped with lots of goodies.

The fro yo and toppings were delicious, but I did have two problems with Dante’s…they only carry large cups, and their fro yo machines come out fast. Very fast.

Before I knew it, my cup was ginormous. Like, embarrassingly large. 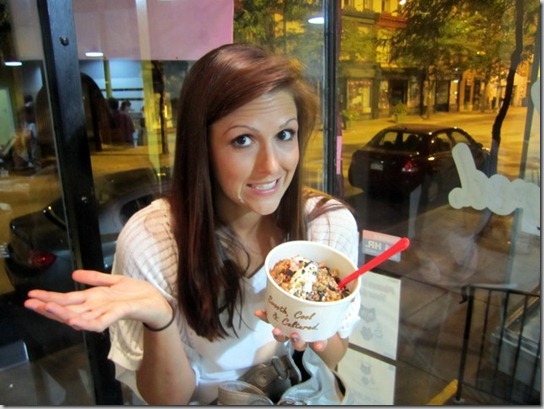 And for the first time in my fro yo history, I was unable to finish my cup. Sad, but true.

By the time we finished up at Dante’s, we were both pretty stuffed and decided to call it an evening. So although my “pick a choice” plan didn’t work out as well as I had hoped, we still had an absolute blast.

Much better than mowing the lawn.