Ok, seriously. This past Friday’s trip to Reebok HQ was absolutely incredible. I consider myself extremely fortunate to have had the opportunity to visit not once, but twice within this past year. And believe it or not, this trip was just as great, if not better than the first. I’ve got a long post here, so grab a drink and settle in!

This trip, dubbed the Reebok Fitness Experience, was a bit different than my previous visit; while the first trip focused a bit more on the technology of their products and how they’re made, this trip gave us the opportunity to visit Reebok CrossFit ONE, check out some of their latest footwear and apparel, and learn about the inspiration behind the products. Aka, awesomeness.

When we first arrived on Friday morning, there was some breakfast available for us to have while we chatted amongst each other and got caught up with some of the great people from Reebok. 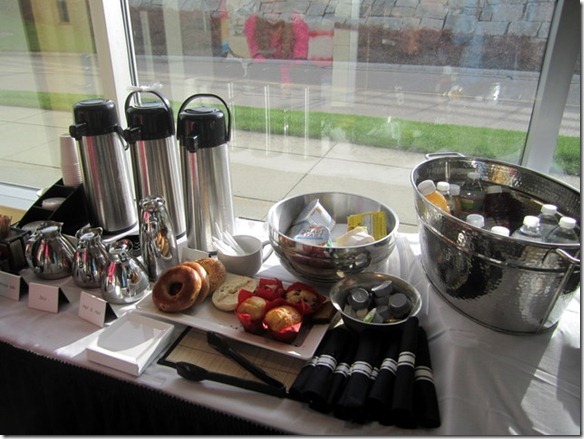 Julie, Anne, and I drove over together from the hotel together so grabbed a quick photo before heading in. 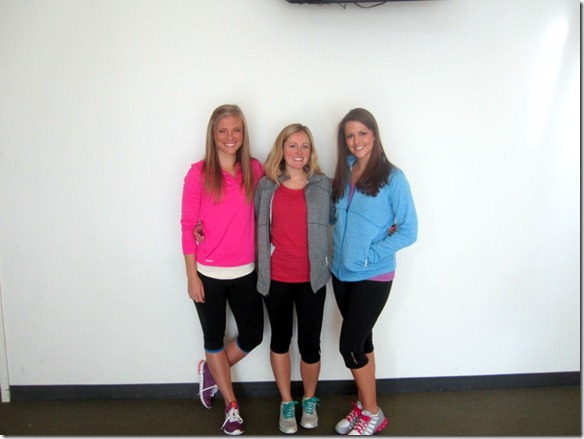 I actually got so caught up in talking with everyone that I never really got a chance to grab more than a coffee for breakfast. Luckily I had eaten a muffin in my hotel room before leaving, and surprisingly enough, it held me over for quite a while.

The morning started off with an opening presentation in the FitHub, where we all had some amazing little bags waiting for us (I’ll show ya what was inside down below!). 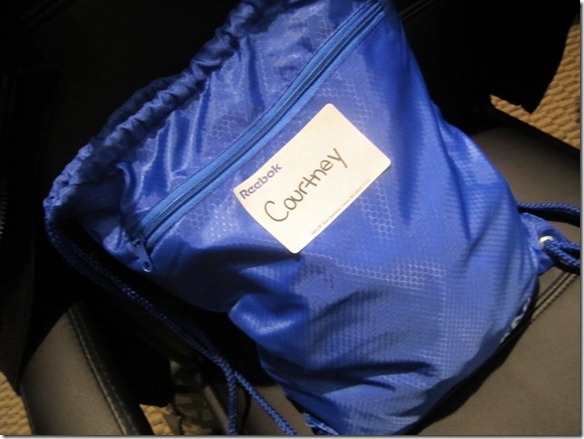 During the presentation, I started thinking a lot about Reebok, not only as a product, but as a company. Now, I don’t want you all to think I’m gushing over this company just because they invited me to visit their facilities; that is probably the farthest thing from the truth because I’ll tell ya…the more I learn about this company, the more I love them. 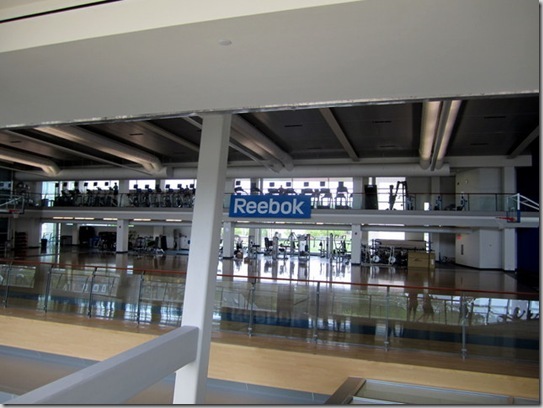 Reebok employees roughly 1000 people in their beautiful facility (you can see a few more photos of that HERE), and it’s very obvious that they care greatly about health and fitness (at least 70% of their employees work out regularly, and more than half of them are members of the CrossFit ONE box). Knowing that a company who wants to empower people to be fit for life is practicing what the preach really makes an impact on me as an outsider and a consumer.

Unfortunately, I don’t have too many photos from our presentations during the day, because most of the rooms were not “photo friendly” (aka, they were filled with all sorts of products that won’t be available until at least 2013). Can I tell you just how cool it was to be surrounded by products that nobody else has seen yet?!? And let me just say…there is some AWESOME stuff to come.

After our first presentation of the morning, we walked over to the Reebok CrossFit ONE box to get our WOD (workout of the day) on. 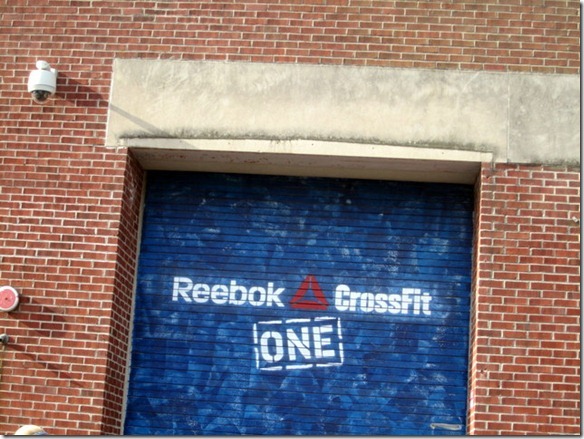 You guys know I don’t have a lot of experience when it comes to different CrossFit boxes, but MAN, this box is immediately motivating as soon as you walk through the doors. 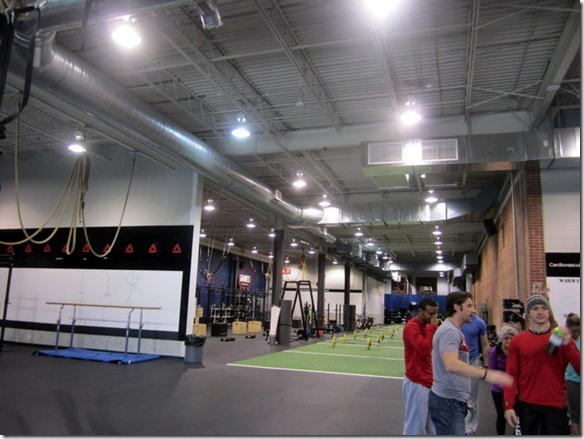 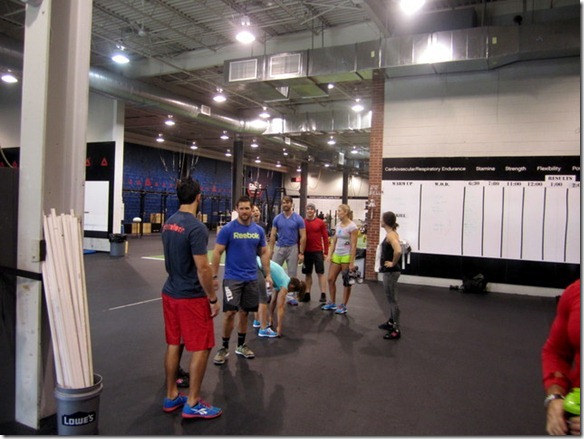 Me and my previous winning partner, Julie. 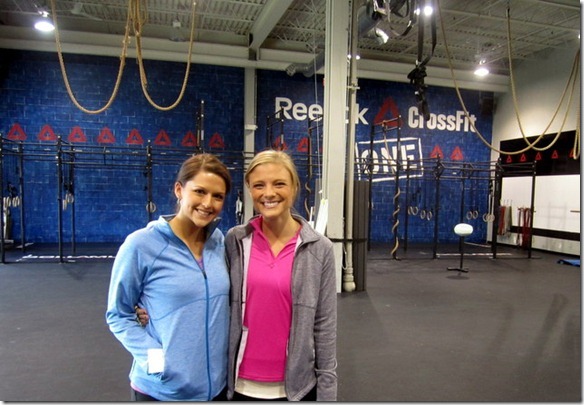 We started things out with a thorough overview of our WOD, by CrossFit ONE head coach, Austin Malleolo. 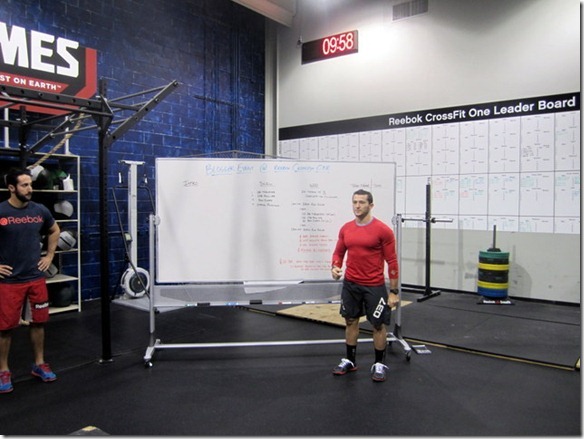 One of the coolest parts of the WOD, as I alluded to yesterday, was that we had some pretty special people with us for the day. Amongst them were Christy Phillips (11th Fittest Woman), Julie Foucher (2nd Fittest Woman) and Anne Marie McKay. Would you guys believe that Anne Marie is 74 years old?! She’s Reebok’s oldest employee and also happens to be an avid CrossFitter. How crazy cool is that?!

Along with the ladies, we also had some guys in the house…CrossFit Games & Reebok athlete Spencer Hendel (13th overall), coach James Hobart and coach Jared Davis. Once the introductions were taken care of, we went over some basics on proper form… And one we had the form down, it was time to rock and roll! It was a team WOD made up of three people; two of us FitFluential ambassadors and one CrossFit athlete.

I wound up being on a pretty kickass team with Tina and our coach, Joe. 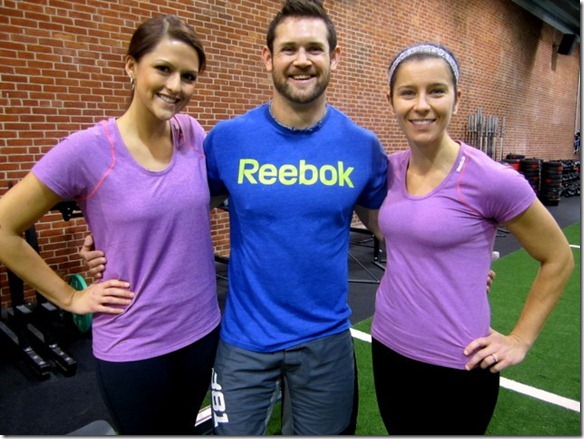 I’ll be honest with you guys…I was a little nervous when I first saw the WOD. As most of you probably know, I haven’t really been doing a whole lot of running these days, nor have I been doing any sort of intense exercise. On the one hand, I was nervous because I know my own competitive nature…once I get immersed in something like that, I can’t help but want to go 100%. But on the other hand, I didn’t want to risk any progress I’ve made just for one workout.

So I spoke with my coach, Joe, and told him my concerns. He immediately started coming up with ways that we could modify and scale back the workout to make it work for ME… 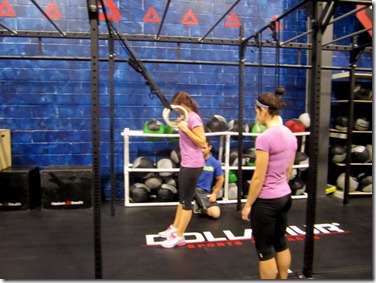 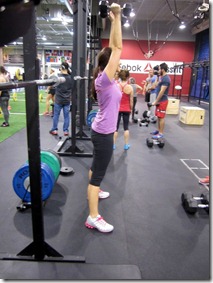 As soon as we started working through my modifications, my nerves were immediately put at ease, and I was ready to get to work! Before I knew it, the music was blasting, and we were all in full swing. 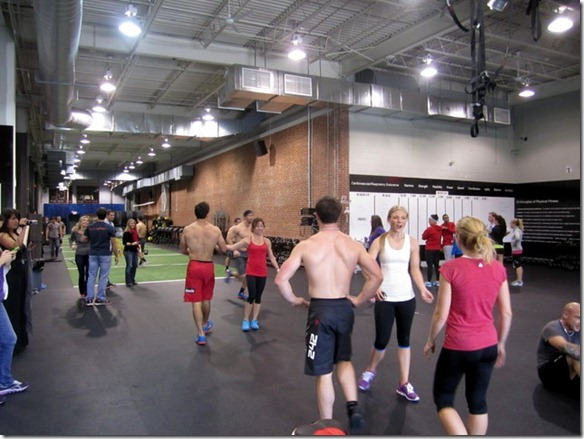 And as everyone began finishing up, we all continued to cheer on our fellow competitors who were still at work…including Anne Marie, who was totally kicking butt. 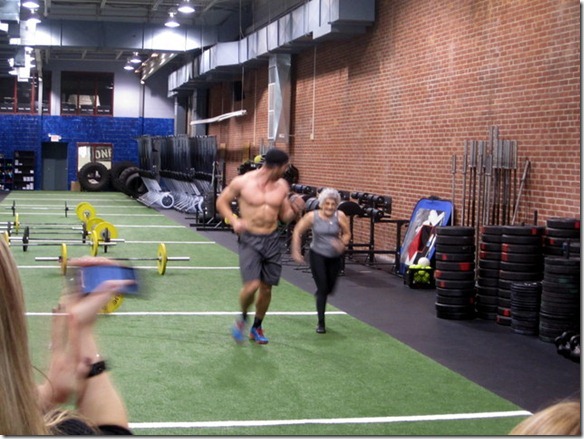 Believe it or not, our team name was #HAM… 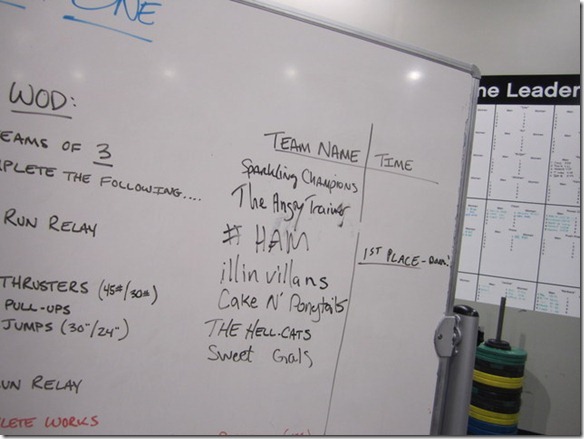 I’m pretty sure my modifications may have had something to do with that, but that’s okay. I’ll own it. 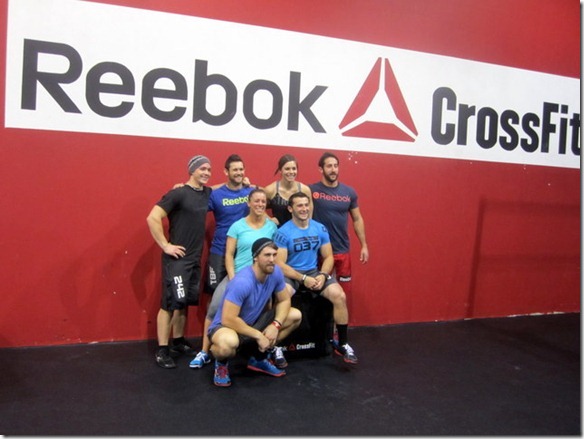 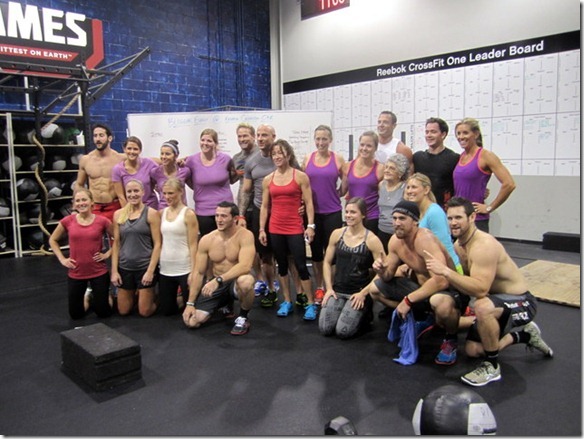 If there was one main thing that I took away from this second CrossFit experience of mine, it would probably be that CrossFit can be for anyone. It may not be a personal fit for everyone, but it can certainly be scaled and modified to fit everyone’s needs. Even though my personal WOD may have been a bit easier than everyone else who was around me, I still loved every second of it.

This post actually got WAY longer than I was expecting, so I think we’re going to have to cut it short here…be on the lookout for part 2 tomorrow!

Have you ever tried CrossFit? Would you, if you had the opportunity?