Hey hey guys! Happy Monday to you all. Did everyone have a great weekend? Watch some football? Eats crap tons of food while watching said football game? Don’t worry…you’re not alone!

So our weekend was pretty darn spectacular. Friday night Jay and I were out for the evening for his company party. It was at The Comedy Works (a local comedy club) and included some pretty delicious food, good drinks, and some pretty decent comedians (minus the last one…oh my god. SO awful. So awkward.).

Saturday afternoon we attended Lucas’s pal Sophie’s 1st birthday party and then that evening, we left the little man at home with my in-laws and headed out to celebrate my birthday!

Now all along, I knew there was something happening but Jay wouldn’t give me too many details. All I knew was that friends were coming and that it was going to be at Sarah and Jeff’s house. Well that afternoon, Jay told me that we were going to have to stop down at B-Rad’s Bistro to pick up some food platters because “Sarah wasn’t feeling well” and couldn’t make it down during the afternoon. Okay, no biggie.

But once we arrived, I quickly discovered that the party wasn’t at Sarah’s…it was at B-Rad’s! 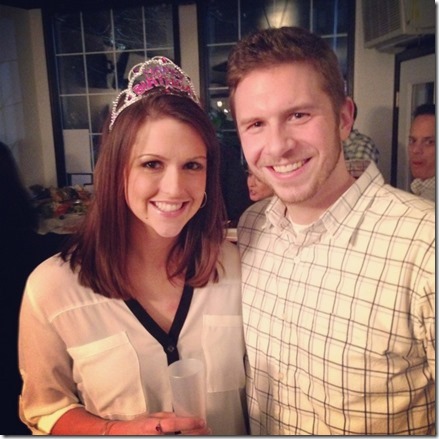 So many of our closest friends made it out to celebrate with me and I spent the whole night feeling just so grateful for all of these wonderful people I have in my life.

If you’ve been reading for any amount of time, then most of these faces are probably going to look familiar to you… 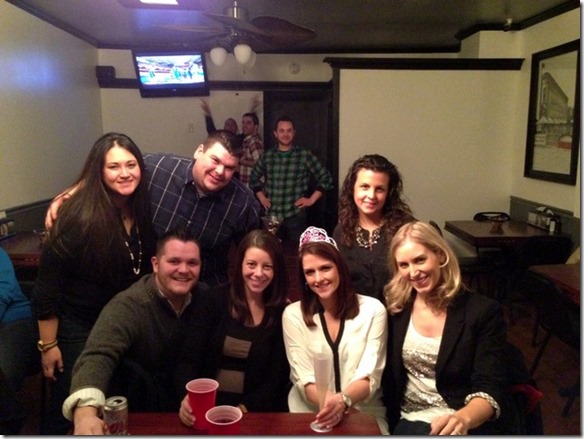 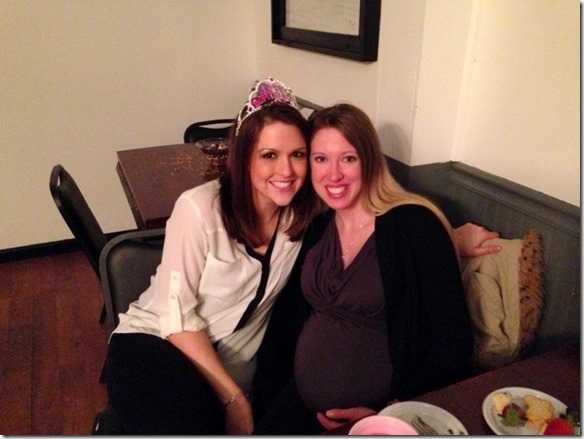 And my college girls and their men… 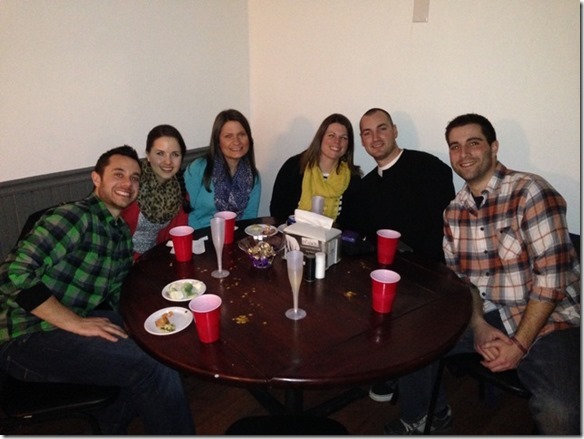 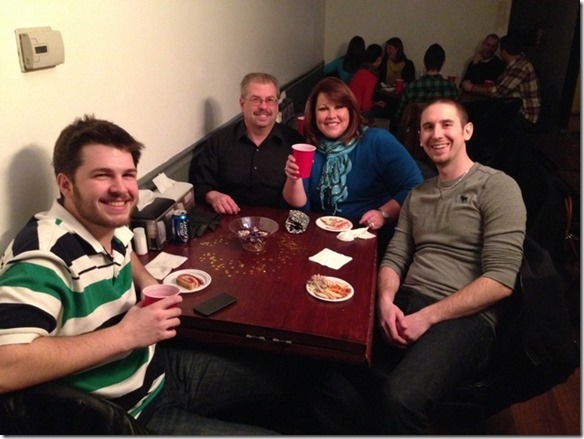 Of course mom and dad couldn’t miss a party! They’re bigger party animals than I am. 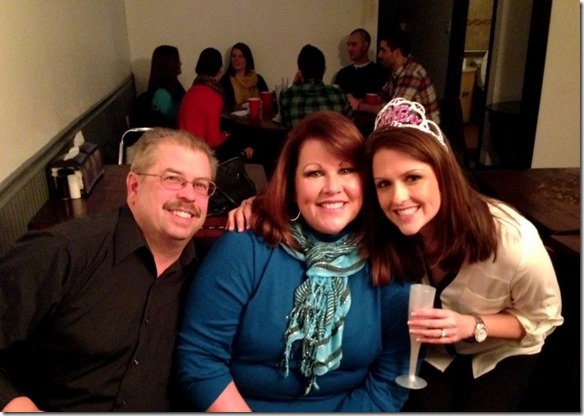 And when I say family, I also need to include Scott, since we basically named him an honorary member quite a few years ago. He’s like “the second brother I never had.” 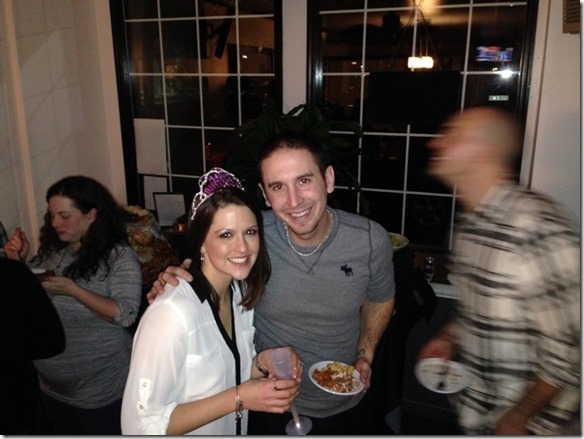 Jay did such an amazing job at planning this party. I really was SO impressed! There was the craziest, most delicious spread of food, plenty of drinks (I was lovin’ me some champagne, I’ll tell ya!), super cute decorations (purple = favorite color, black = OLD, and gold = golden birthday), and THE most delicious cake. 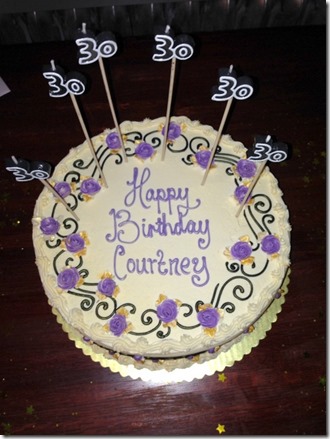 For those of you who are local, the cake came from Piece of Cake in East Greenbush and I cannot say enough good things about her. The cake was a triple layer almond cake, filled with a caramel cream, and topped with buttercream frosting. Umm, yeah. Insane!! 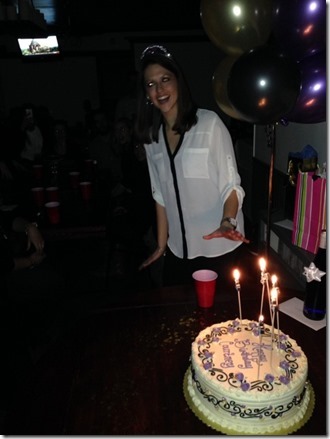 It really was such a great night and was definitely the perfect way to welcome in my 30’s.

Sunday was probably the laziest day on record. Yes, I was feeling slightly “tired” upon waking that morning, but the day just seemed to keep on flying by and before I knew it, it was 3:45 and I was still in my PJ’s. Hey, oh well. We all need a lazy day every now and then, right?

This morning, we had Lucas’s 6 month well check appointment which went really well! (I posted this pic on Instagram shortly before we left…he was asking me if we could just skip the shots all together).

Little man is up to about 17.5 pounds and 27.5 inches long. He got half of his vaccinations today and took ‘em like a champ (we’ll head back next week for the other two – we’ve split them every time so far and – knock on wood – he’s handled them all with no problems) and is now napping away.

Here’s to hoping that he’s in an okay mood for the rest of today! But, regardless, I’ll be here to give him lots of snuggles.