It was another beautiful day to be spent at the Saratoga Race Track! As usual, the crowds were hustlin’ and bustlin’ for a Thursday afternoon. 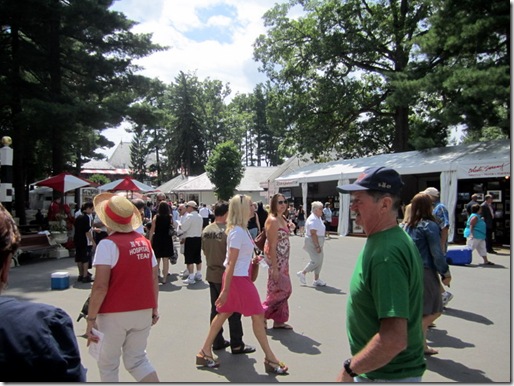 It almost makes you wonder…how many of these people called into work sick today? Don’t worry, nobody in our group did such a thing; and heck, half of the group works in a school so they didn’t even need to worry about it anyway. 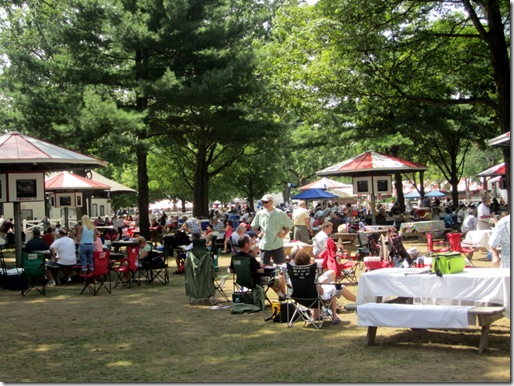 Our group started out with five, but eventually grew to about 10 by the end of the day. 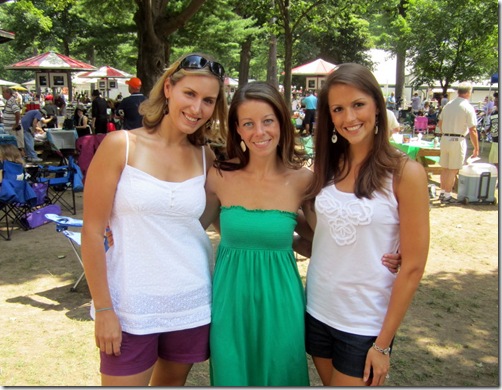 I was quite excited that our friends Brook and Andrea were able to make it up with little Brody; I haven’t seen him since we went to visit him as a newborn in the hospital. I couldn’t believe how big he is already! 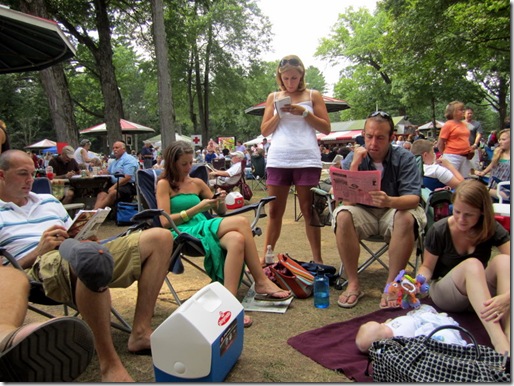 Also in attendance was “little bro” Dan and his friend Joe, who brought along two of his specialty homemade garbage breads (See? I told you it was a family thing!) 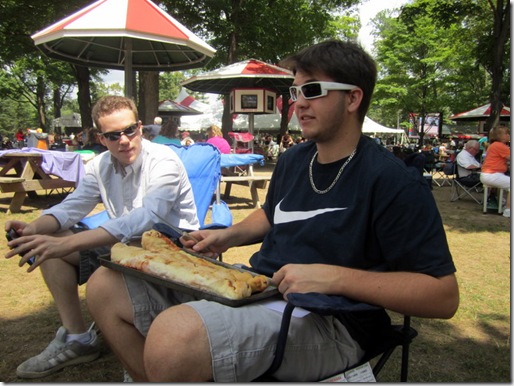 While they may be a little funky lookin’, they were anything but funny tasting. I had the heel off of his buffalo chicken bread, and I will have to give him credit here. 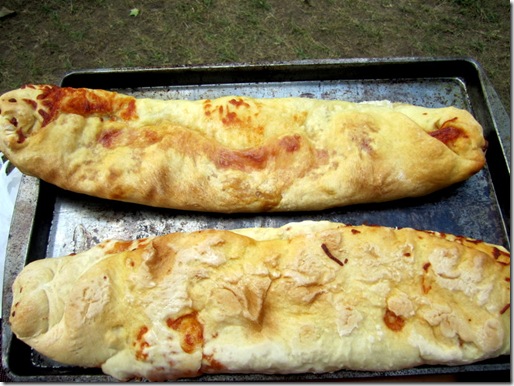 He did one heck of a job on this bread. Holy cow! 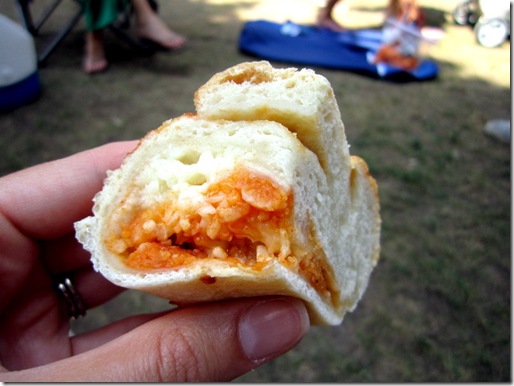 For a more substantial lunch, Jay and I actually stopped on the way up to the track to pick up a couple of subs. I ordered turkey with provolone, lettuce, tomato, onions, pickles, and mustard. 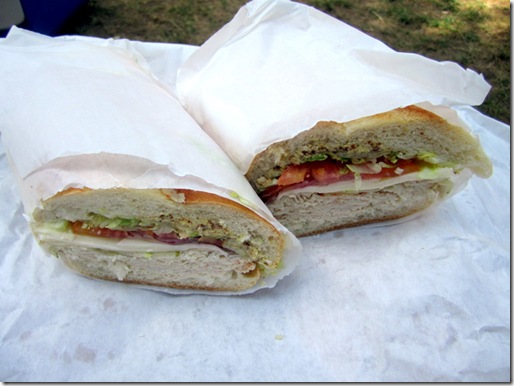 The picture really doesn’t do this thing justice, because the sub was enormous. I ended up eating half for lunch and saved the other half for dinner, which I’m actually eating right now as I type this. 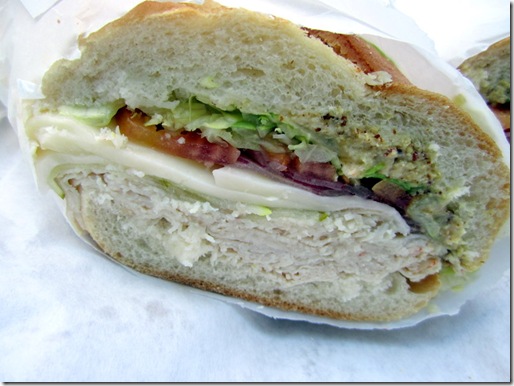 Now normally, most people go to the track, obviously, to bet on the ponies. I, however, like to go to hang out, people watch, and try to pick out fun horse names for other people to bet on. 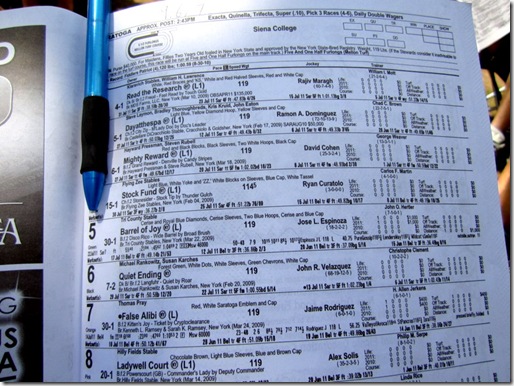 If I’m going to bet, it’s got to be on a name that really stands out to me. Well, in the 3rd race there was a horse by the name of “Flashy in Pink” that totally caught my attention. So I grabbed two dollars, and bet it to win. 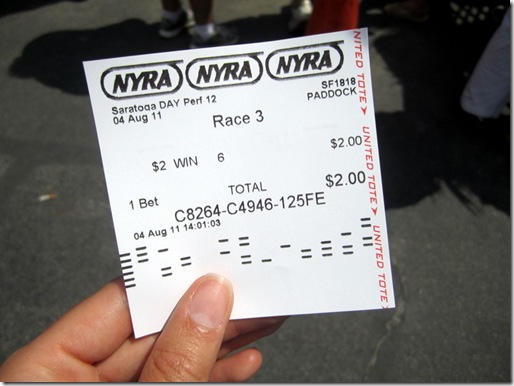 For this race, a few of us decided to head up to the rail to watch the action firsthand. It was hot. Really hot. 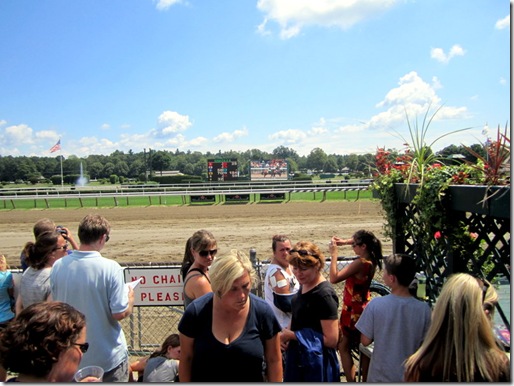 But I still always enjoy going up for at least one race; not just for the horses, but because there’s usually even better opportunities to people watch. 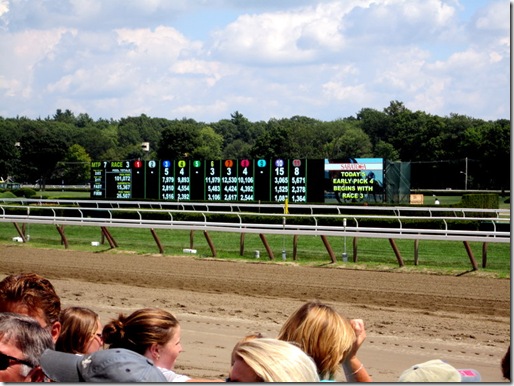 Within a few minutes, the race was OFF and I was excited! 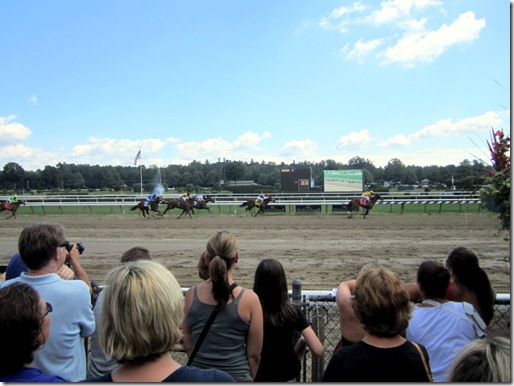 Heyyyy, would ya look at that! My brother turned out to be a winner! 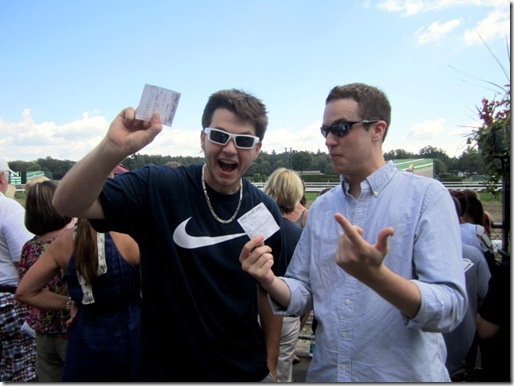 Me & Mal on the other hand? Not so much… 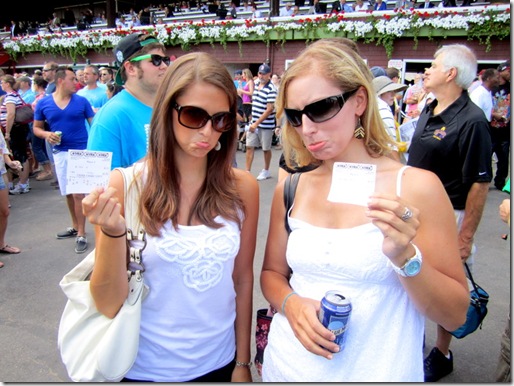 Luckily, there was still a small ray of sunshine in my defeat; I was able to coerce my winning brother into treating his favorite sister to a coffee coolatta (made with skim milk) from Dunkin Donuts. It totally made up for the $2.00 that I lost. 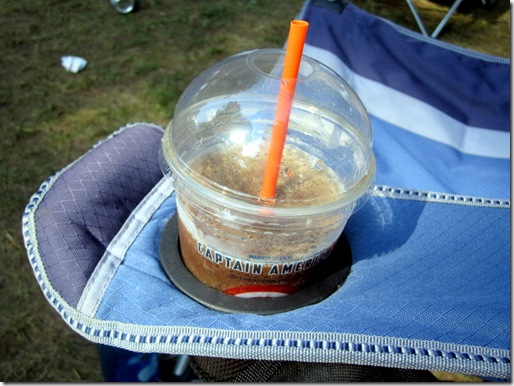 In the last race before we left, hubby ended up with a pretty sweet victory for himself, which left him a very happy camper. 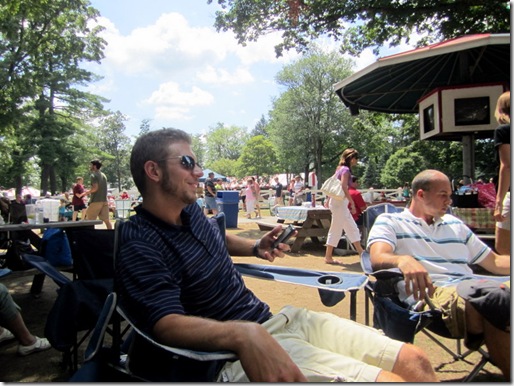 So, all in all, it was a winner of a day…even if I didn’t have any celebrity sightings!

Now, after getting up so early this morning for BodyPump, followed by being in the sun all day, I am quite pooped. Time to go wind down on the couch for the evening…

Hope everyone had a great Thursday!

Do you ever gamble? (lotto tickets, horse racing, casinos?) If so, what’s the most you’ve ever won?

« The Crowd Kept Me Pumped
Excited and Not »