Okay, it’s time to start recapping my weekend adventures out in the Finger Lakes!

First things first, I have a give a big thank you to the America Dairy Association and Dairy Council for inviting me along on the trip, covering my stay and expenses, and also allowing me to bring a guest. It was an incredibly generous offering, and I was very grateful to have been able to go. Thanks again, ADADC!

Since Jay was unable to join me for the weekend due to some work obligations, I invited my friend Kanika tag along and experience her first ever “blog” trip. You guys know Kanika, she’s been around these parts for a while now.

So we didn’t wind up leaving Albany until after 5pm on Friday evening, which meant we didn’t arrive in Geneva until just before 8:30pm…which was actually perfect timing, since we just made our dinner reservations! 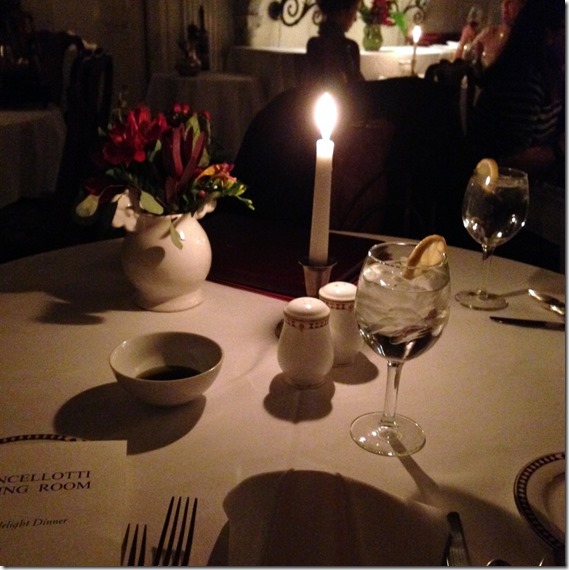 So romantic, right? I texted Jay that picture and told him he was totally missing out.

For the weekend, we stayed at Geneva On the Lake, which is a beautiful, historic landmark located on Seneca Lake. And the thing that totally impressed me the most with their resort was the food, which you’ll see more of throughout this post. WOW was it good.

So by the time we sat down at our table on Friday night and ordered a couple glasses of wine, neither of us were really in the mood for a big, full size entrée. We’d also snacked a bit on the car ride up, so we decided to keep it simple and go with two of my favorites: appetizer and dessert!

For an app, we ordered the Crab and Spinach Fondue which was absolutely incredible. 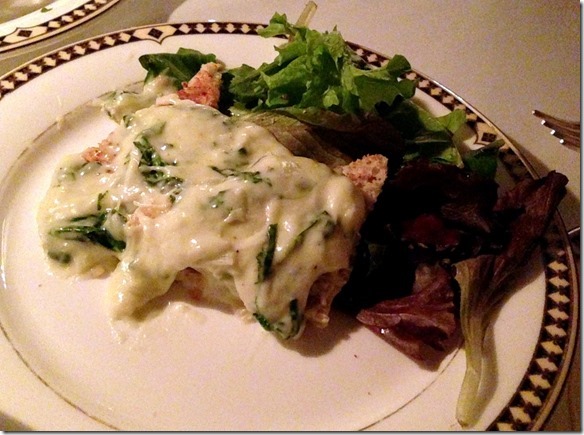 Although, I will say…both of us were rather surprised to see fondue served over one slice of toast rather than in a large fondue pot. Is that just us or is this a normal thing? Or maybe we’re just not fancy?

For dessert, we couldn’t decide on just one so we ordered both their flourless chocolate cake and local vanilla ice cream served with warm raspberry sauce and homemade whipped cream. 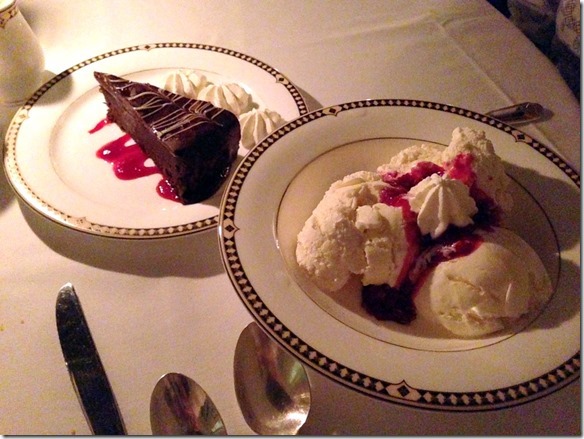 After “dinner,” we finished our check in and made it back to our room, where we found some more wine waiting for us in the fridge. Don’t mind if we doooo! 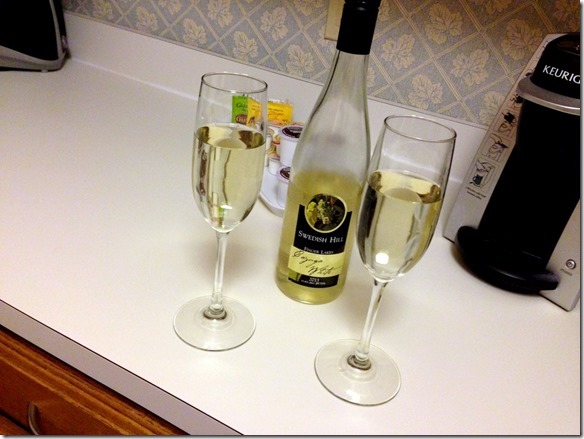 We didn’t last too much longer after that (I’m useless on Friday nights) so we called it a night, knowing that we had a full day ahead of us.

On Saturday morning, our day started nice and early with a continental breakfast buffet served in the same room we had had dinner the night before. 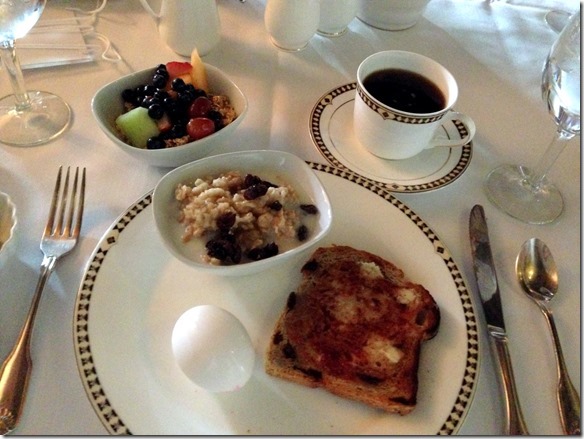 They had all sorts of goods, so I stocked up on a good mix of my favorites: toast with butter, oatmeal, yogurt with fruit and granola, hardboiled egg, and coffee. Lots of coffee.

And although I didn’t take any photos, we also had brunch here on Sunday morning and the food was even MORE impressive. They had a wider spread, AND the most incredible Nutella crepes, homemade streusel muffins, and more. Man, if only I could eat like that ever morning…

After breakfast, our group boarded a bus and headed to our first stop of the day. Talk about a beautiful, scenic drive, right? 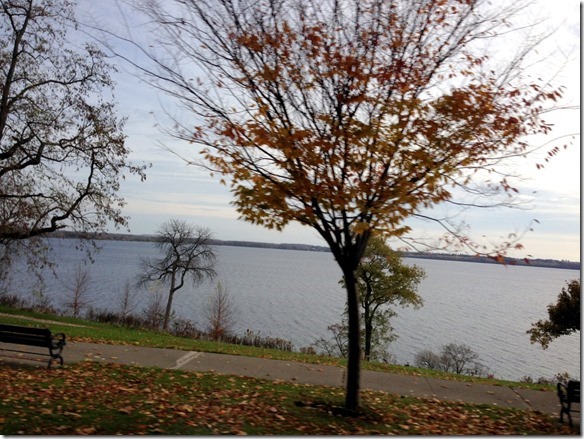 Our first stop was Cayuga Milk Ingredients, a brand new (opened in June) $101 million plant which has been described as a one-of-a-kind facility in the US.

When we first arrived, we were given a bit of an overview of how the plant came about, who they are, and what they do. 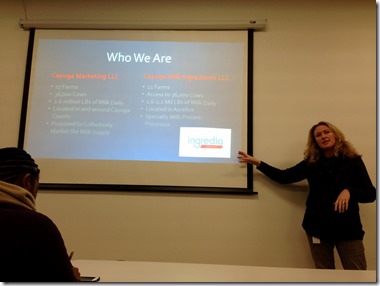 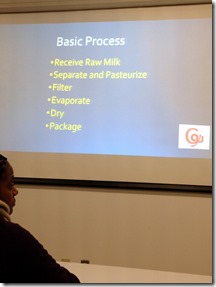 Before we arrived, I had just assumed we’d be visiting a milk plant that simply…produced liquid milk. But that is totally not the case here. Simply put, what makes Cayuga different is their use of cutting edge technology to separate high quality milk components that are added to other products to boost nutritional value. Think products such as baby formula, chocolate, cheese, etc…

There was a lot of information that we learned and I know I’m going to inevitably miss some, but here are a few of my bigger takeaways:

So once we got a little bit of the low down on the plant, it was time to take a tour! 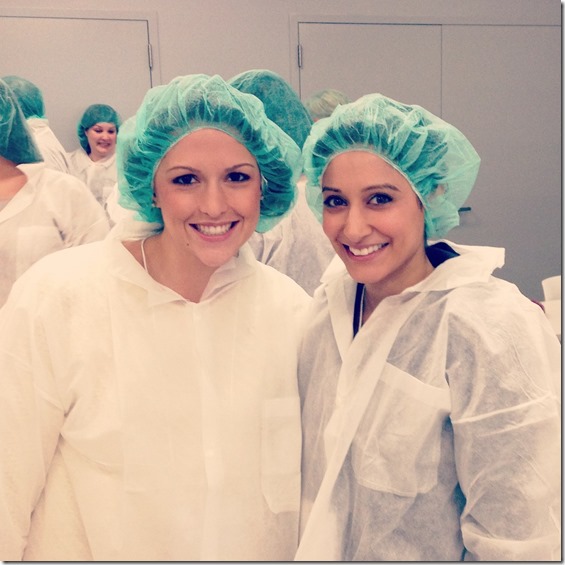 Unfortunately, there were no cameras allowed inside the plant itself, but it was quite impressive and I’m intrigued to see just how this plant is going to take off a year or two from now. It just seems like it could be a really huge, awesome thing.

Once we finished up our tour of CMI, we were back on the bus and headed to one of the nearby farms that contributes to the plant, Patterson Farms. 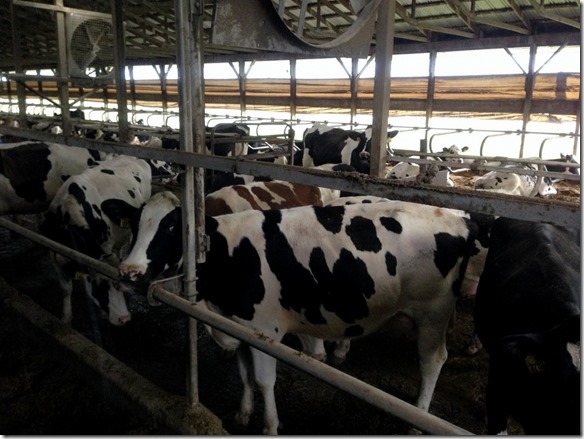 Since it was pretty cold, we didn’t take a full tour of the farm, but we did get to see some of the areas where the herds of cows stay, where the cows are milked, and then on our way to visit some of the baby calves we encountered some of the biggest tractors I’ve ever seen in my life. 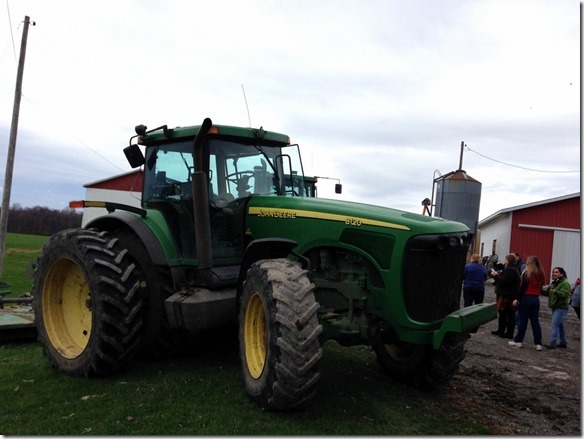 I had no idea they were this huge?! 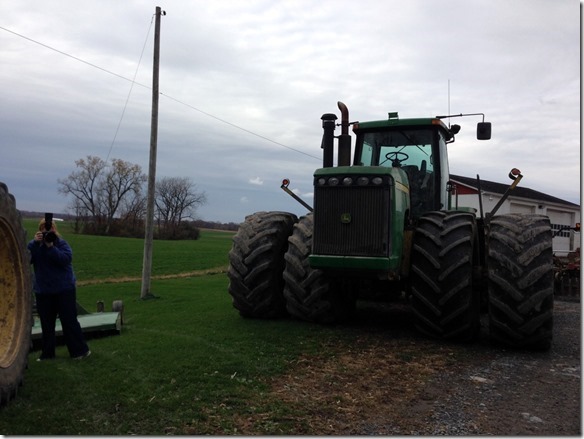 But yes…I did mention baby calves. Just look at these little cuties! 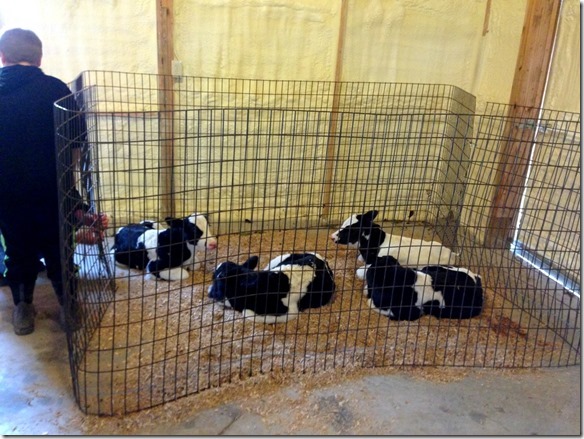 We learned that they had only been born the day before, which just absolutely boggled my mind. What’s up with us humans not coming out of the womb being able to walk? Bahaha…anywho.

So yeah, I can now successfully check “feed a baby calf” off of my bucket list. 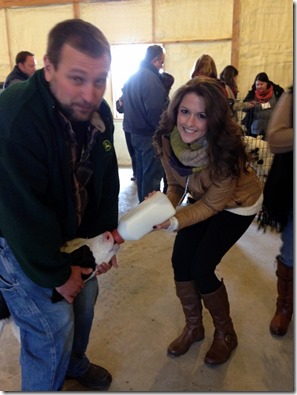 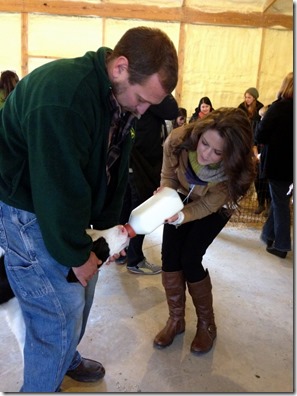 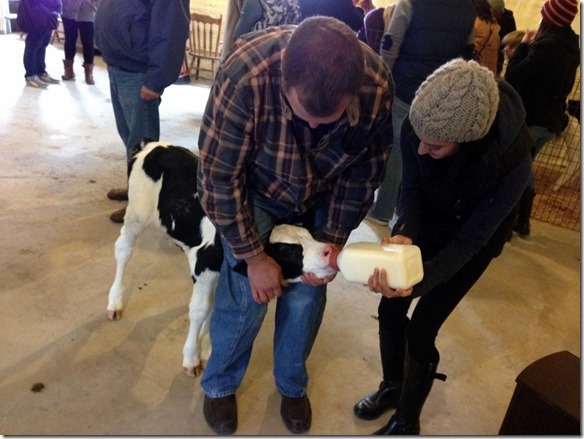 Once we were done visiting the farm, our group made our way back to Geneva on the Lake for an incredibly delicious lunch. 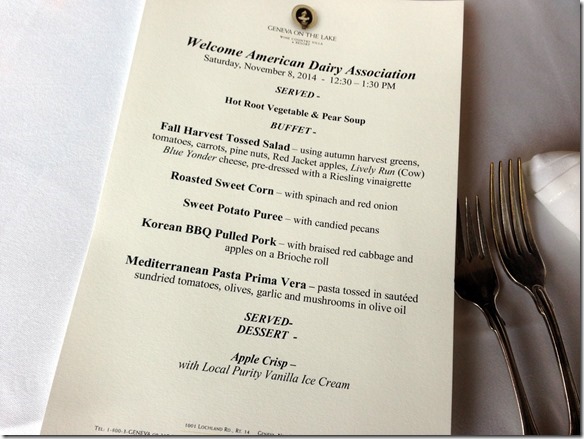 The root vegetable and pear soup was amazing… 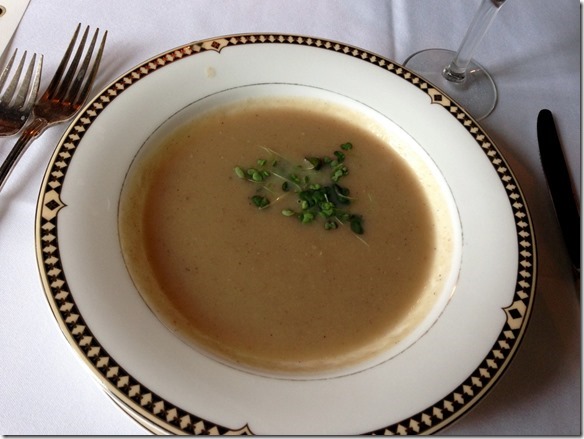 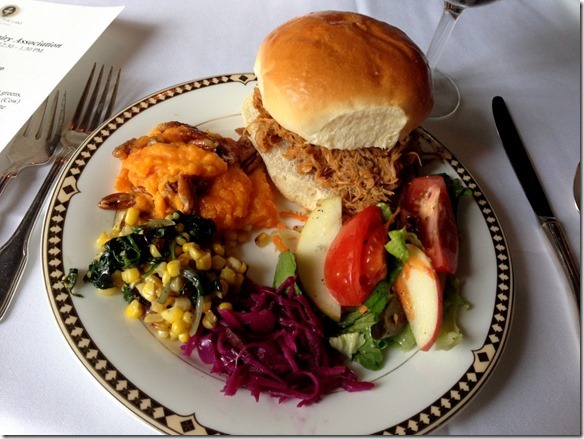 And the apple crisp with local vanilla ice cream for dessert totally hit the spot. Even if I was plenty stuffed before it even arrived at my seat. 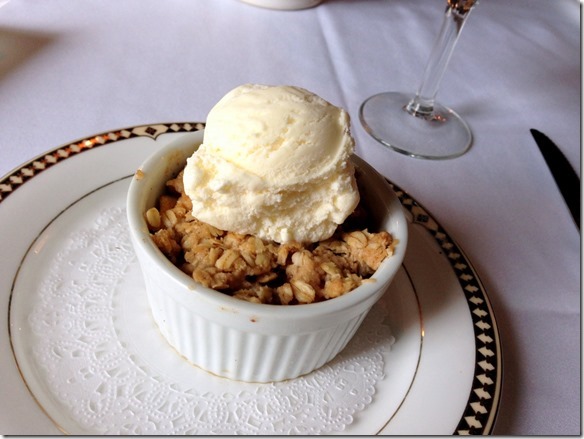 I’m going to cut things off here since this is already getting fairly long, but I’ll be back tomorrow with part two of the Food and Wine Weekend Getaway! Before I go though, I’m curious…

P.S. – The 3 winners of the Crest 3D White Whitestrips Giveaway have been chosen! The lucky entrants are:

Congrats, ladies! Please email me at sweettoothcourtney at gmail dot com with your shipping info so I can get your goodies sent out to you!