Alright, let’s pick up where we left off yesterday! 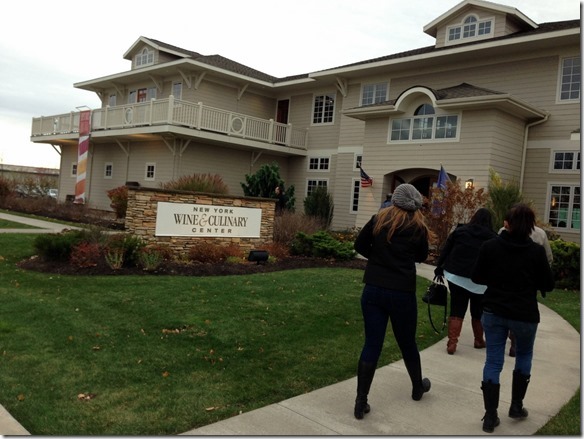 After our delicious lunch back at Geneva On the Lake, our group boarded back on the bus and headed over to the New York Wine & Culinary Center, which was definitely what I was most looking forward to that day!

Upon arrival, we were guided into one of their cooking class rooms where we met the executive chef, Jeffory McLean. Chef Jeff (or as he said, “Cheffory”) is the Administrator and Lead Instructor at the NY Wine & Culinary Center, and he created an amazing, dairy inspired menu for our group to have fun with. 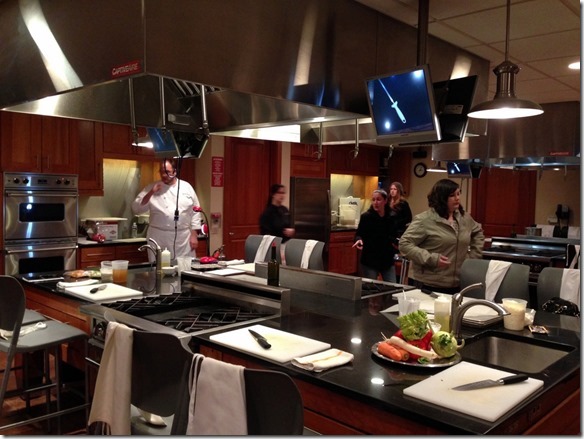 Cheffory started the class with an overview of the foods we’d be making that day, along with a demonstration on how to best cut and chop veggies (which was very much appreciated!). 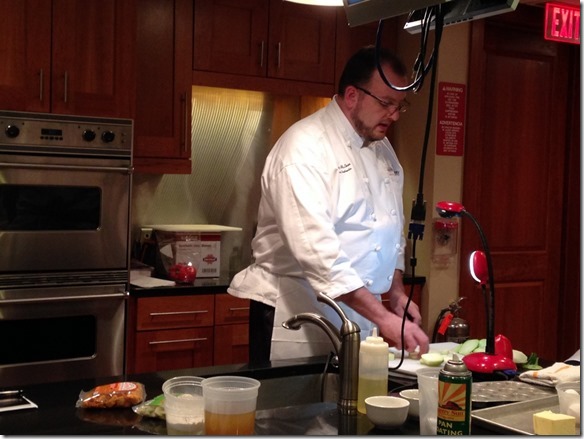 The room was set up where his station was under a camera which projected onto TV’s at each of our stations, to make for easy viewing. 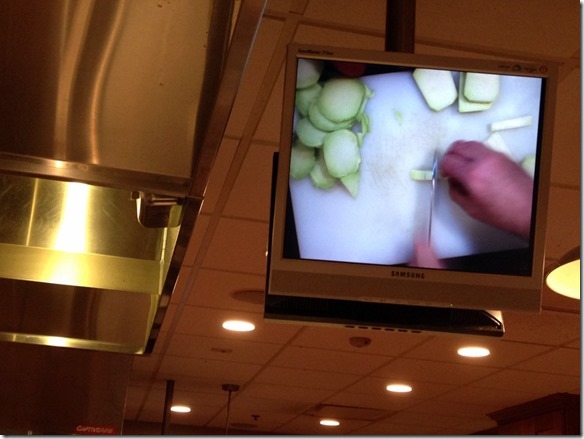 So funny story…each twosome had one of the menu recipes placed in front of them, but we didn’t realize until after we sat down that we had the veggie station. This would have been fine, but considering neither Kanika or I are excellent veggie choppers, we ended up eyeballing the brownie boat station. 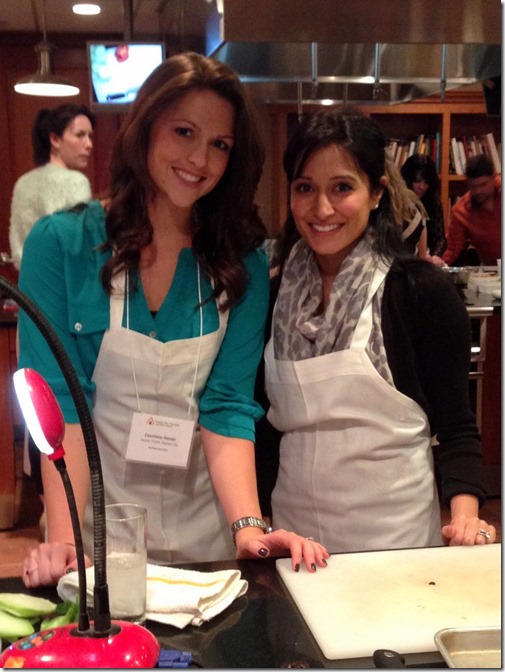 Lucky for us, the gals at the brownie boats were eyeballing our station, so after the demonstration, we ended up making a quick swap. 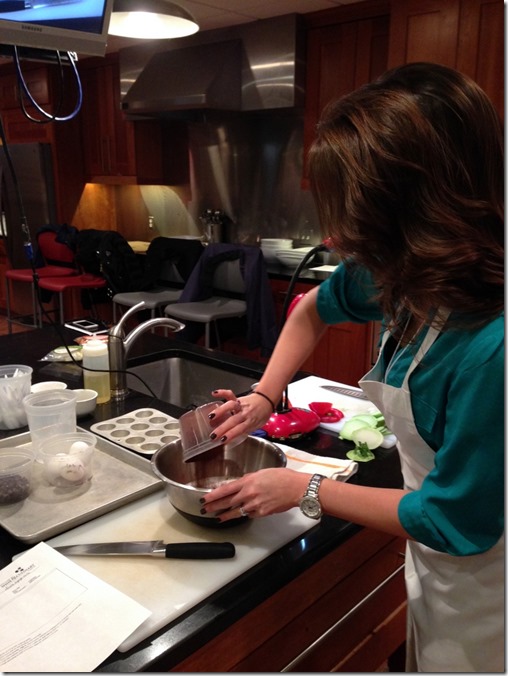 I mean, me and the sweets are just meant to be.

So Kanika and I were in charge of preparing the scratch brownie boats, which were not only super easy to make, but also delicious. 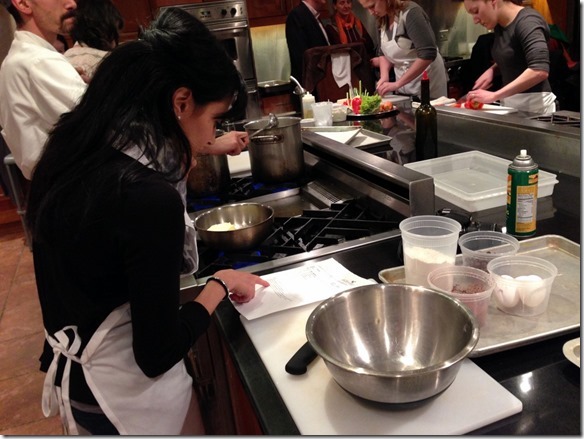 To make them into “boats,” they were cooked in mini muffin tins, and when they were maybe about 2/3 of the way done, they came out of the oven and we used the end of a spoon to sort of hollow them out. 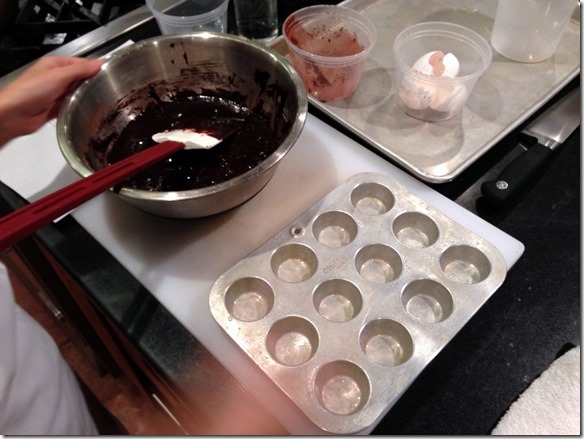 If only I could cook in kitchens this large every day! 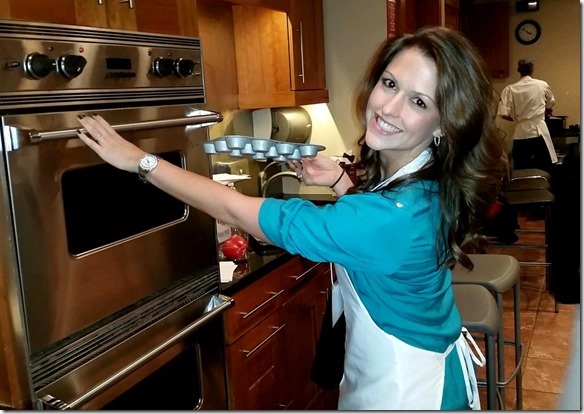 Oh, and enjoy open bar in the process. Yes, I’m pretty sure that would probably be classified as heavenly. 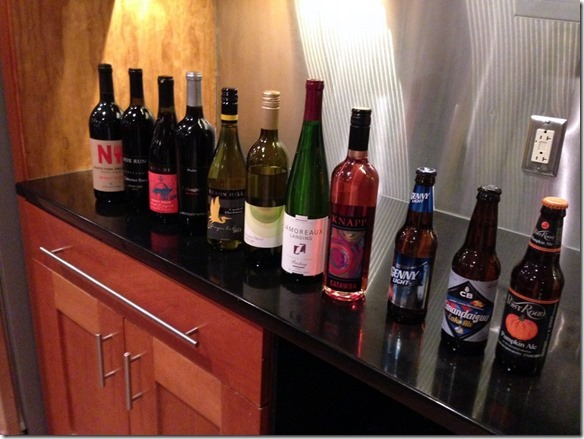 Since our boats were ready pretty quickly, we ended up mingling around amongst the group a bit, checking out other peoples’ recipes, taste testing when needed, and sipping on our wine.

Once everyone was done preparing their respective dishes, it was time to eat! 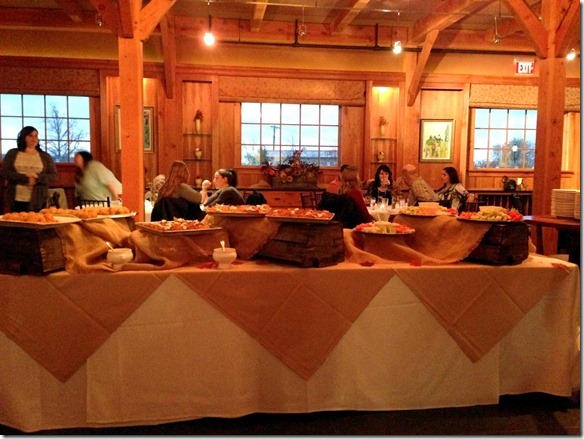 As I mentioned before, Cheffory tailored the whole menu to feature some of New York State’s finest dairy ingredients, and they were impressive! 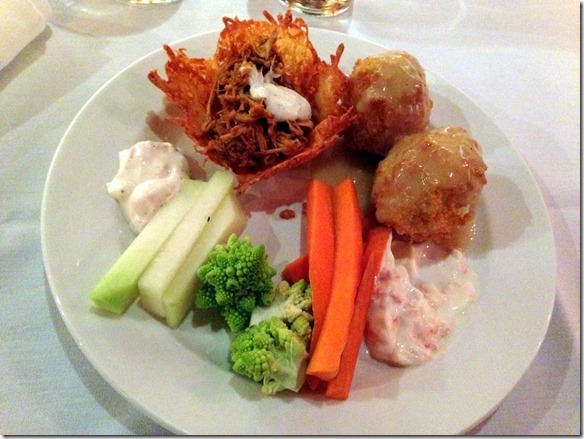 Out of everything on the menu, both the cheese crisp cups and the inside-out poutine were my two favorites. Both of them were so different and unique, and I loved how Cheffory was able to incorporate not only the quality dairy ingredients, but also put a fun spin on some classic dishes as well.

FYI, I definitely plan on making those cheese crisps for myself sometime…they were literally just shredded Parmesan cheese, spread in disks, baked in the oven, and then molded over small cups when still warm. SO simple!

During dinner, Kanika and I also had the opportunity to chat with a couple of the other dairy farmers who were in attendance and it was really just so interesting to hear them talk more about all of the work that goes in to dairy farming. It was so obvious how much they cared for their cows and about the quality milk that they produce.

A couple glasses of wine later, and it was time to head back to our resort. It was still early by the time we got back (maybe 7-7:30?) and some of the group was heading out into town. Us, on the other hand…we’re old farts and decided to stay in and order a pizza instead because while the food was definitely good at our cooking class, it was not enough to last us through the evening! 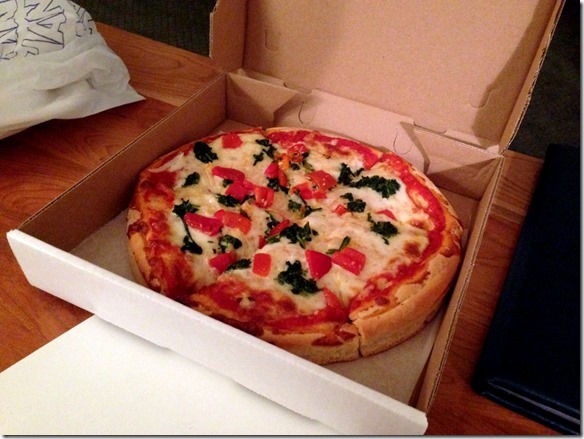 So takeout pizza it was. And it was delicious.

And that’s pretty much a wrap of our weekend! We both got up and moving semi-early on Sunday morning, since we were both excited to head back to our kiddos. So we enjoyed a leisurely brunch, snapped a couple of selfies along the lake, and were on our merry way! 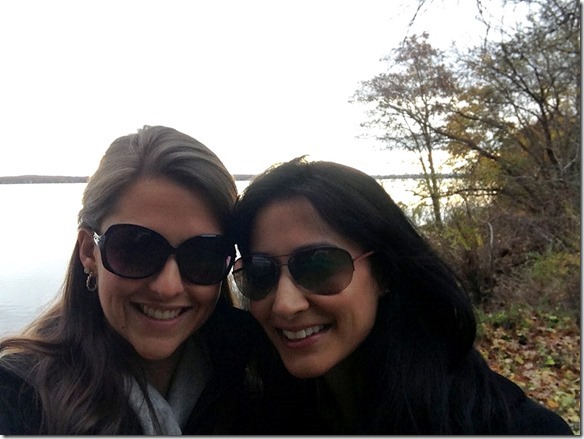 Again, I must thank the America Dairy Association and Dairy Council for inviting me along for the weekend. It was such a fun time, and I really left there feeling so much more informed on the dairy industry than I had before attending. If there’s anything else you guys are interested in hearing more about, let me know, and I’ll see if it’s something that we covered and/or I can touch on!

As for now, it’s time for me to sign off for today. I’ll (hopefully) be back to chat with you all tomorrowwww.