When your friends read your blog enough to know of your extreme love for oats in a jar…and then they bring you their almost-empty peanut butter jar as a gift. 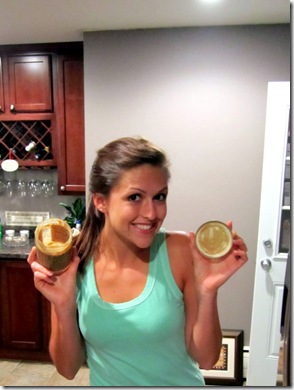 Last night when Joe & Kate stopped by, Kate was accompanied not only by Joe, but by her almost empty Plain Jane Creamy PB jar. She said that since the oats in a jar “isn’t really her thing,” (hey, it’s not for everyone) she figured I could make some use out of it.

Umm, can I EVER! So to all of my other friends out there who are reading, take note…

Assuming you don’t lick the inside of your PB jars, I will be more than happy to take them off of your hands. Actually, I could probably even overlook that as long as you don’t tell me.

So, thanks to Kate’s generous gift, I prepped some overnight OIAJ last night and had them ready and waiting for me this morning. 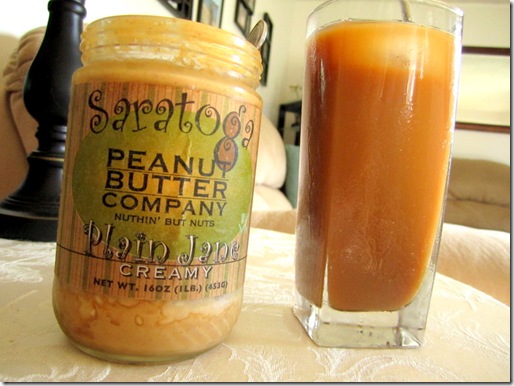 Today’s jar was almost filled to the brim! It was super voluminous, thanks to the addition of blueberries and raspberries both mixed in and on top. 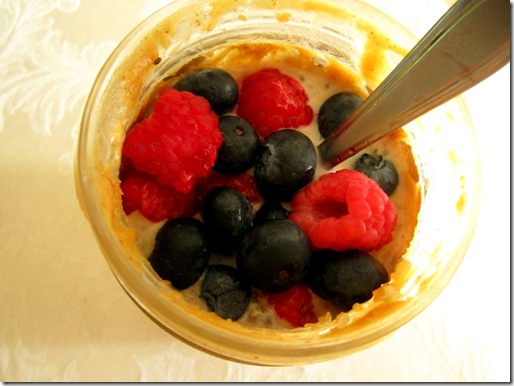 In the rest of the jar: 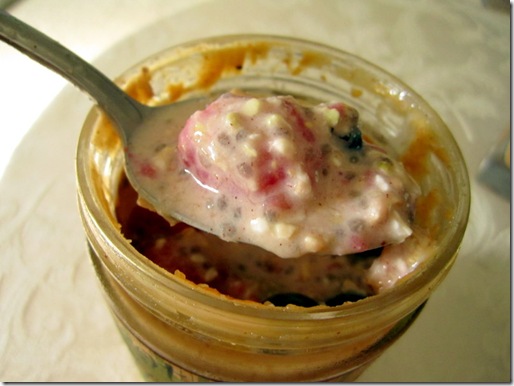 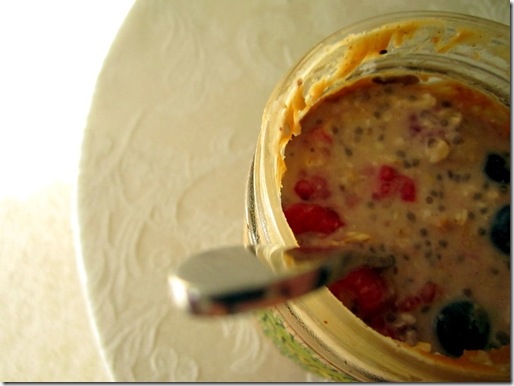 Enjoyed with a glass of iced coffee. 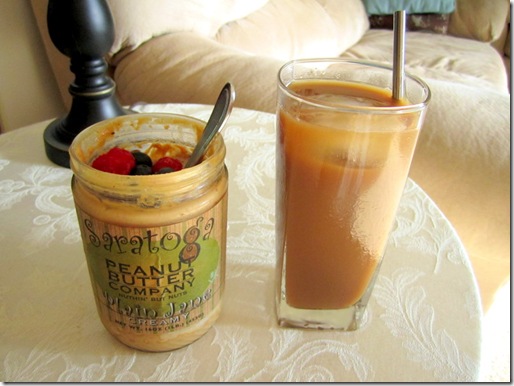 Thanks again for the jar, Kate.

Before breakfast was consumed, of course, a trip to the gym took place. I took my usual Thursday morning BodyPump class which, for some reason, was rather challenging today. It was the same release we’ve been doing for a while now, so I’m attributing the extra fatigue to yesterday’s yoga sesh.

After class, I followed things up with some running on the treadmill, which looked like this…

It’s been quite a while since I did intervals like this, so it was nice to switch things up a bit. It definitely left me disgustingly sweaty.

Speaking of disgustingly sweaty and exercise…

This morning while I was eating breakfast, I happened to catch a segment on GMA about Extreme Exercisers. It talked about how celebrities like Jake Gyllenhaal and Heidi Montag have admitted to being extreme exercisers, working out up to 14 hours a day. (For REAL?!?)

According to the segment, The U.S. Department of Health and Human Services recommends 2 ½ hours of moderate aerobic activity a week for adults; but some people are exceeding this by up to 12 times.

Experts also warn that extreme exercise can lead to anorexia athletica – a condition in which someone exercises compulsively.

I mean, don’t get me wrong, I’m all for a good, sweaty workout session, but 14 hours a day just seems downright awful…and absolutely insane.

But enough about me…let’s hear what YOU think!

What do you think of “Extreme Exercisers?”

Do you think it’s possible to become addicted to working out?