Well, after yesterday, we’ve got a new state to cross off our list… 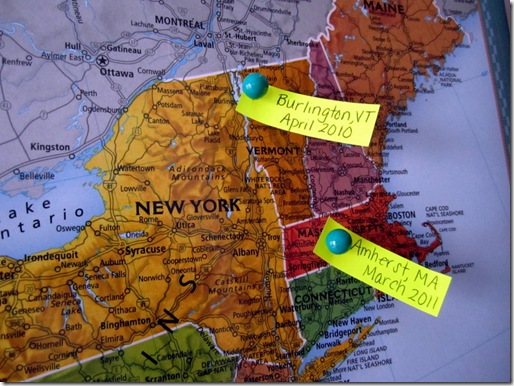 We headed out mid-afternoon for what we thought was just going to be some outlet shopping. 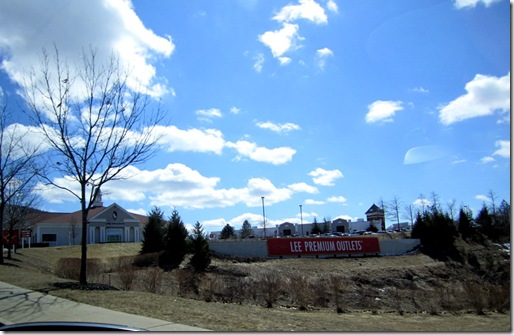 Jay and I usually try to hit up the Lee Outlets at least a couple times a year. We realized the last time we went was back in September, so we were due for another trip.

Our first stop was into the Nike Outlet. I hadn’t anticipated buying anything in here, but there were some good deals, and you know I can’t pass up a good deal… 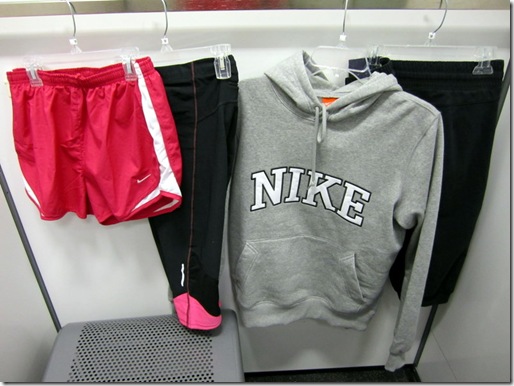 This men’s sweatshirt was on clearance for $11.48…ummm, yes please! I also picked up another pair of warm-weather “cozies” and some new running gear. Before I know it, I’m going to have to start training for my first-ever 15K…the Boilermaker! 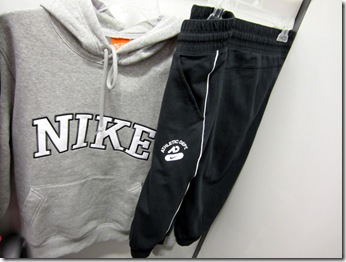 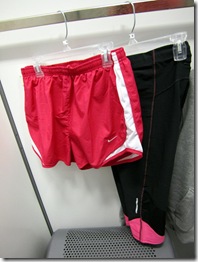 Our next stop was in to Harry & David! 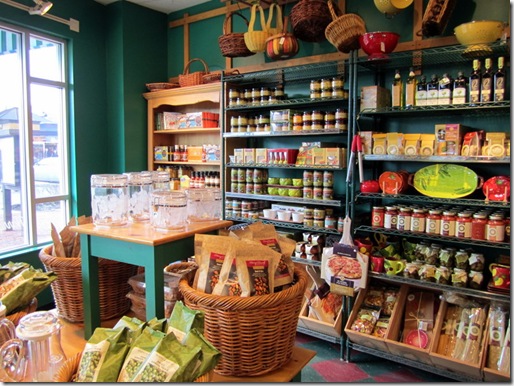 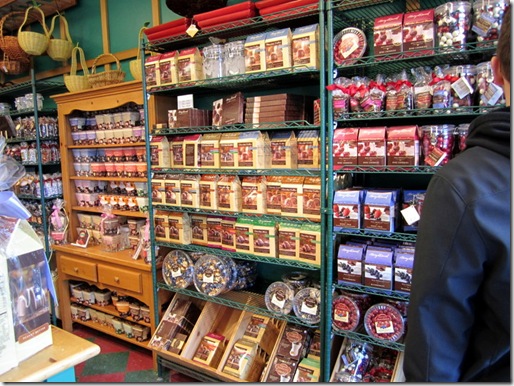 We actually used to have a Harry & David’s in our mall but it closed a couple years back. We both decided that’s probably a good thing. 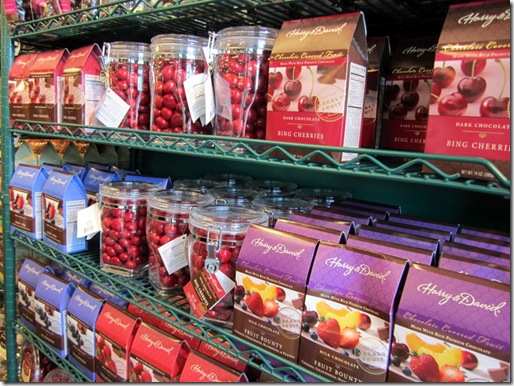 I was psyched to see that they were sampling some limited edition flavored Moose Munch. I gladly helped myself to one three. 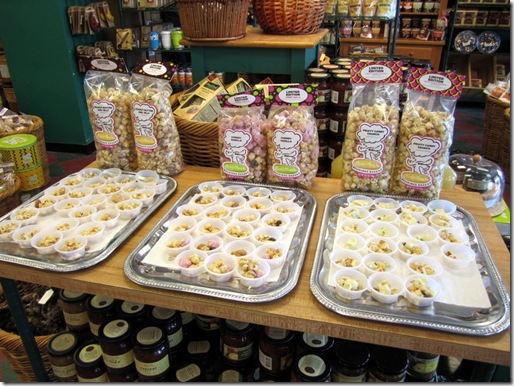 The Cherry Vanilla was my favorite. SO GOOD! 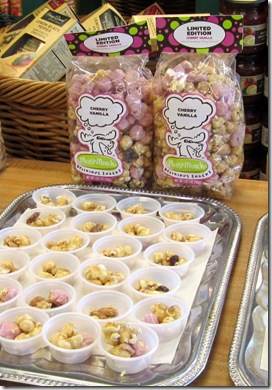 We ended up leaving the store with a few fun goodies… 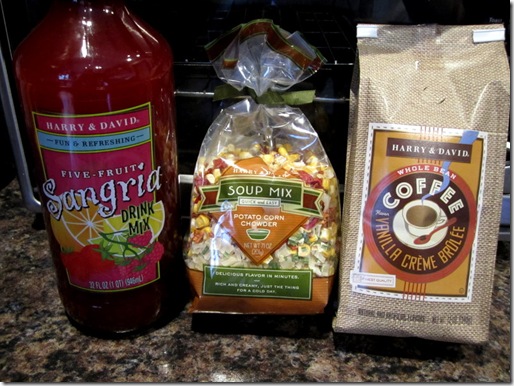 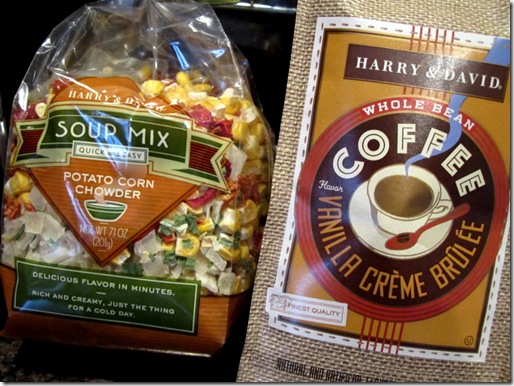 In order to keep my wallet from completely emptying, I decided to forego a trip into Banana Republic, and since I didn’t really find much anywhere else, we called it a day.

As we were walking back to the car, I happened to make a comment along the lines of “Oh, I wonder how far away Trader Joe’s is from here?”

Expecting an eye roll, Jay told me to plug it in to the GPS and then followed it up with a “Sure, let’s go!” 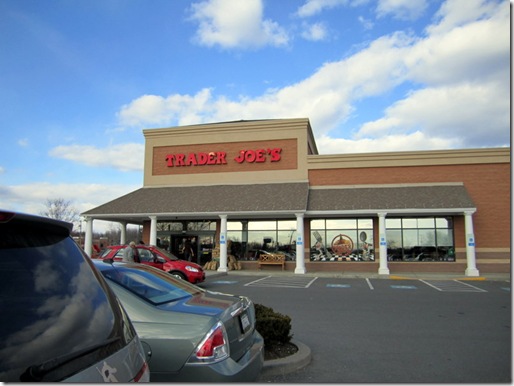 I think I fell in love all over again after that.

We made sure to stock up on a few goodies that we can only get from TJ’s…clearly, we are healthy. 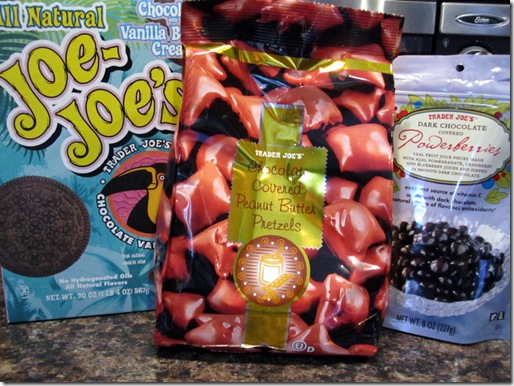 By the time we left TJ’s, it was almost 5:00 and we were starving. We debated on heading back towards home and eating dinner there, but then we figured it would be much more fun to keep the adventure going and find somewhere new!

So we both scrambled on our phones to see what was close and ended up a short drive down the road into Amherst, MA. We were both totally loving how cute of an area it is! 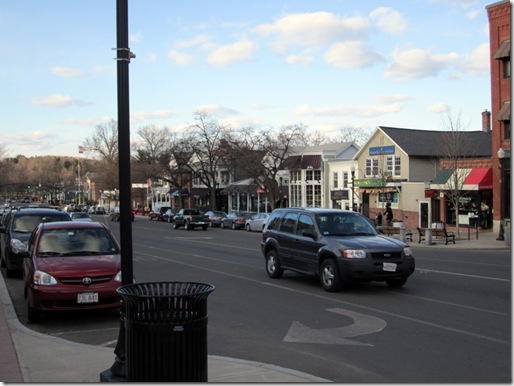 So once in a blue moon, I get a really strong craving for a burger and a beer. These are rare, but when they strike, Jay makes sure to jump on the chance! Luckily, we found somewhere that fit the bill. 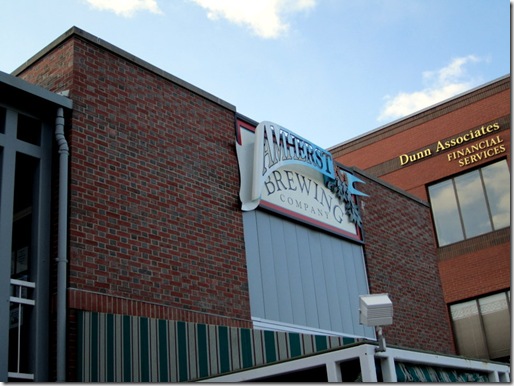 The Amherst Brewing Company is a full-service brewpub located in downtown Amherst. It seemed like a pretty popular spot! 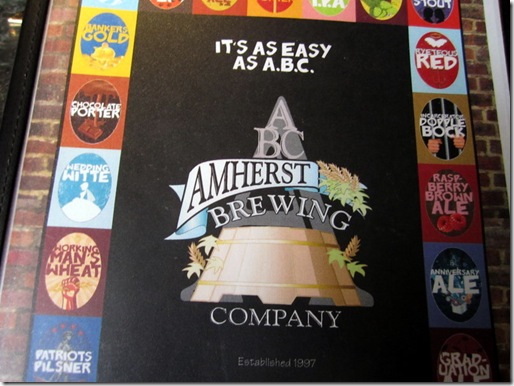 After scoping out the beer menu, I decided on a Honey Pilsner while Jay wound up with a Corim Irish Red. My Honey Pilsner was crisp and light, with just the slightest hint of honey. It was delicious! 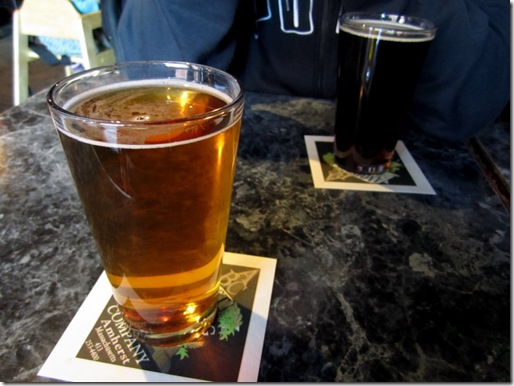 For dinner, I went with the Valencia Style Bison Burger, which was their bison burger, topped with smoked cheddar cheese and a spicy-sweet apple chutney. Different, right? Oh, and of course, I subbed in the sweet potato fries. 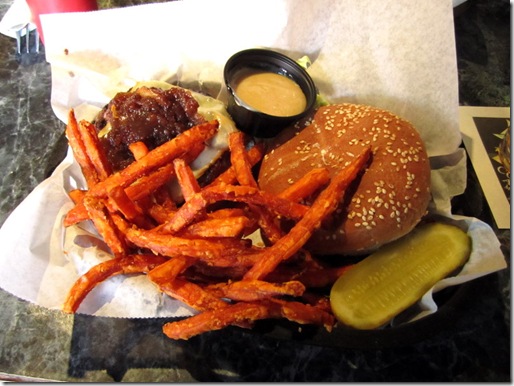 The fries were incredible, but unfortunately the burger was just mediocre. It was a little overcooked and sort of dry. Jay attributes it to being bison because apparently they’re a leaner cut of meat(?). 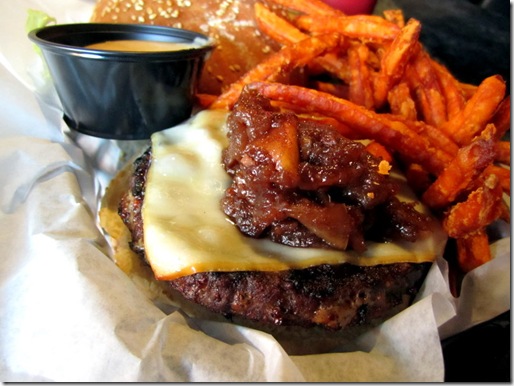 Hey whatever, I still dug right in! 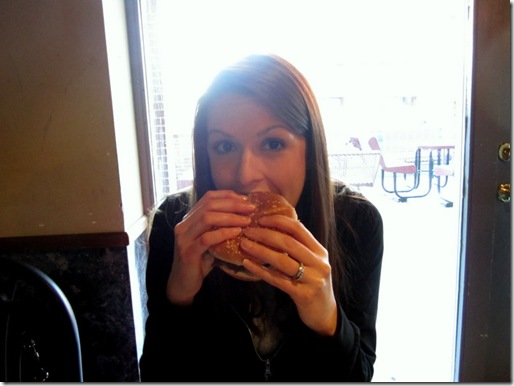 Overall, Jay and I had a BLAST on our mini day-trip! What was supposed to just be a quick trip outlet shopping turned out to be a full-day adventure through Massachusetts. 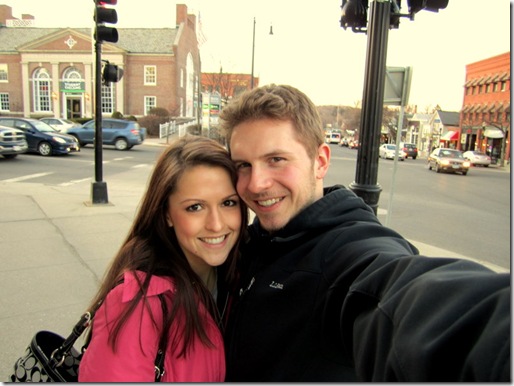 I’m such a lucky gal!

Now, since I just finished up a 45 minute treadmill walk, it’s time to go grab a mug of coffee and make some breakfast.

What was the last spontaneous thing you did?