Yes folks, at 11:15pm last night, I finally made it back into Albany! As great of a weekend it was, the traveling definitely took a toll on me! But all was well with the world as soon as I turned down the hallway and saw my favorite hubby waiting for me, smiles and all. :) I really missed my two favorite men this weekend! 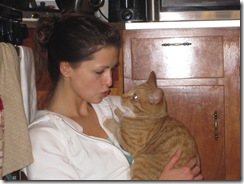 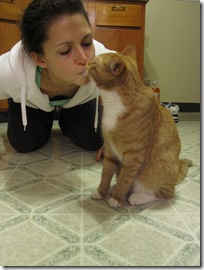 After having a fabulous nights’ sleep in my own bed, it was time to hit the gym. My body was craving a BodyPump class in the worst way, so I hit up the elliptical for an easy 20 minutes, followed by Pump, which felt anything but easy…I hadn’t taken a class since July 25th! YIKES. :shock: But it still hurt oh-so-good.

On my way to the gym, I raided the swag bag for a pre-gym snack… 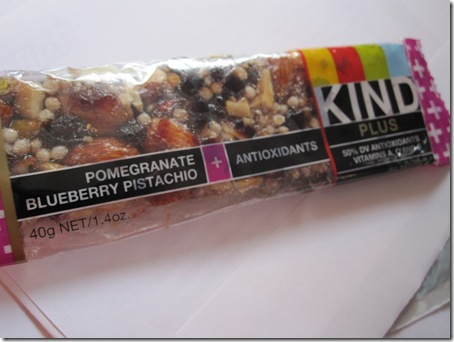 A Pomegranate Blueberry Pistachio KIND Plus bar. After the first bite, I almost threw it out. I just wasn’t diggin’ it. But I gave it another try, and obviously it ended up tasting pretty good. ;) 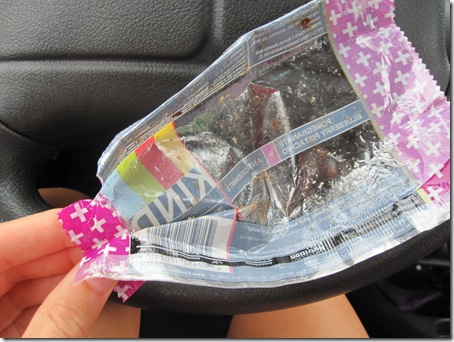 When I got home, I snacked on a handful of homemade trail mix. It’s soooo dangerous! 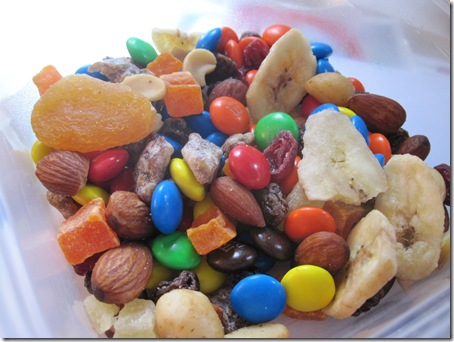 Then I made myself a Mocha Protein Smoothie. 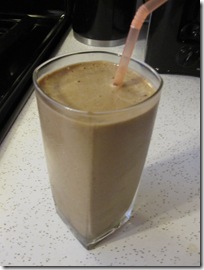 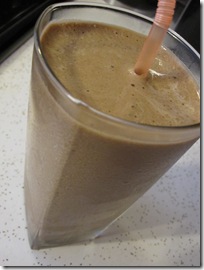 And while in the midst of unpacking/laundry/catching up on house stuff, I made a little snack of veggies + hommus, 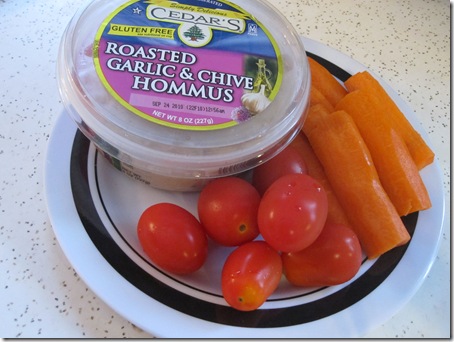 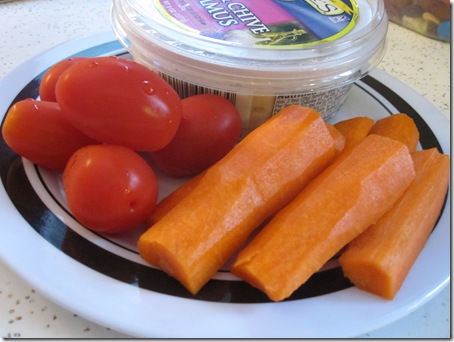 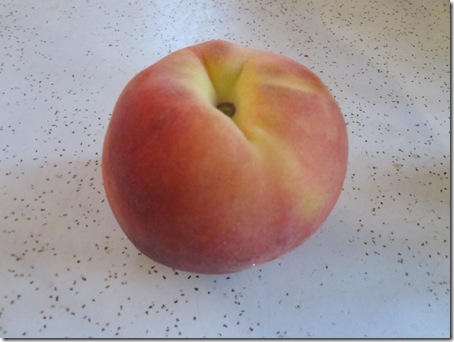 and my blackberry chamomile Solixir swag. This stuff is fantastic! I definitely need to pick some of this up at the store. :-D 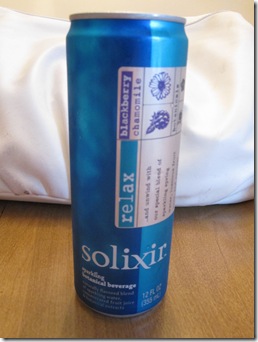 Now as you can probably imagine, being stuck in an airport for 8 1/2 hours definitely leaves you with a lot of “me” time. So I decided to use my “me” time to think and reflect a little bit about my weekend. Here’s some of my random thoughts…hey, maybe you’ll even agree with me on some of ‘em. ;)

In case you missed anything from my weekend in Chicago, here’s some recaps!

Hope everyone’s Monday is off to a great start!! :-D