Apparently, all it took was the one time for Lucas to feel comfortable peeing on his mama… 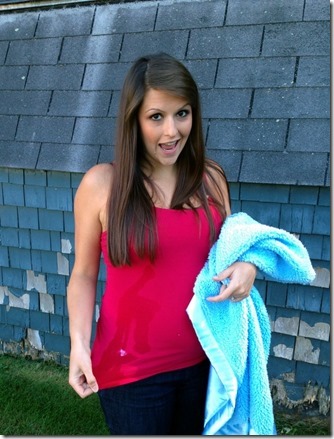 Because he was at it again last night (the white is a random paint stain).

*edited to add…and again this morning.

We had Lucas’s newborn photos done at the house and let me first just say that newborn photos are no joke. First you have to get them to sleep (not just a little asleep…sound asleep!), then you have to try to move/pose them while sleeping. Naked. And, inevitably, he’s bound to “let loose.” Not only did he pee on me, but he really did a number (of both the 1 and 2 variety) on a poor football blanket we had. Oy vey!

After about three hours we finished the session and I cannot WAIT to see how they all turn out. Our photographer, Cara Olsen, did post a teaser pic on Facebook today which I shared on the STSL page, so feel free to check it out. Little man is looking more and more like his dad…little stinker.

While we were outside working on getting the photos, Jay and I both smelled neighbors of ours grilling and it smelled sooo good. Apparently, that was all Jay needed because by the time the photos were done, he told me that he defrosted and marinated chicken and wound up making us a whole dinner while I took care of feeding and changing Lucas. 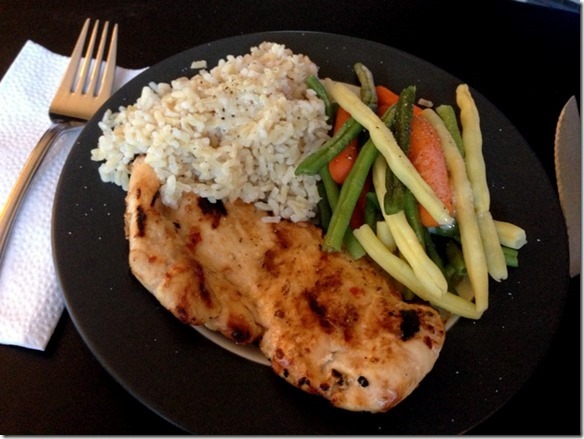 We had Italian marinated grilled chicken, brown rice, and some veggies. It was really, such a simple meal, but I cannot tell you good it tasted. Not only was I starving, but it’s been a long time since we just had a simple, grilled meal. I’m so thankful for a husband who will cook when he wants.

Lucas was pretty wiped after his photos so he slept a majority of the evening while Jay and I hung out. Once again, Cody continued to keep his curious self around… 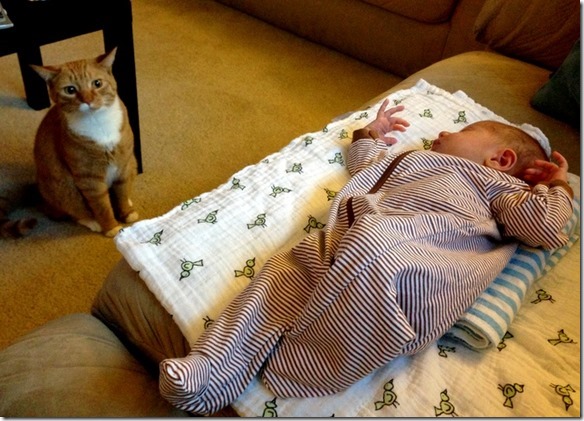 His little sniffer was working like crazy and he must have stood there for a good five minutes just intently watching him. And then he went and cuddled with Jay. Too cute. 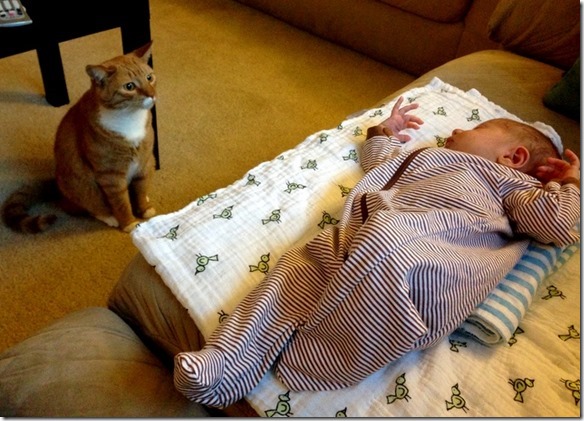 A couple hours after dinner (actually more like an hour and a half) I was still legitimately hungry (not just feeling like I wanted to eat) so I threw together a mug of cereal with almond milk and snacked on that while watching The Bachelorette. 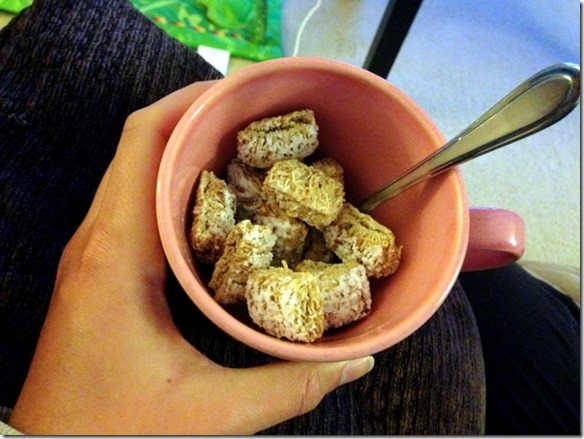 I didn’t watch the whole season, but I did wind up getting sucked in to the last few weeks. What can I say…that Chris Harrison reels me right in every. single. time. with his whole “traumatic ending” previews.

After a decent night of sleep for my little man, the two of us have been up and at it this morning. I actually started writing this post about an hour and a half ago while he was napping…and now, after feeding and a double diaper change (because, of course, he poops again before I can even get the new one strapped up) we’re enjoying some tummy time.

Later this week, I’m planning on putting together a post about Lucas’s birth story (hello, 18 hours of labor!) so be on the lookout. In the meantime, I’m going back to chill with my boy while he’s still awake.