Weekends are always great when the start off with a visit from Uncle Dan! 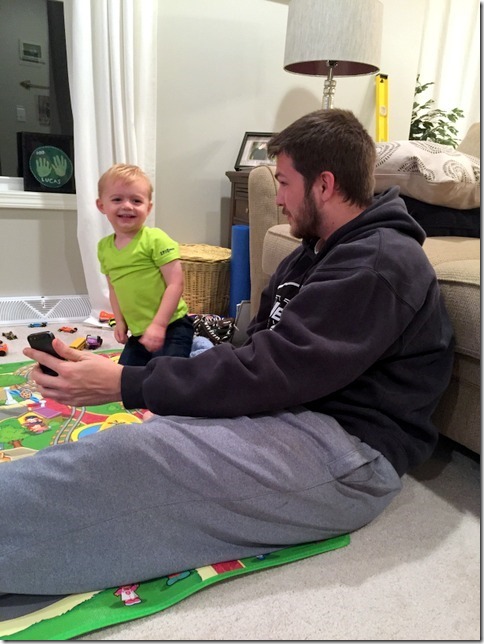 My brother came over to visit us on Friday evening, and even came with pizza, salad, and wings for dinner. It sure was a nice treat. 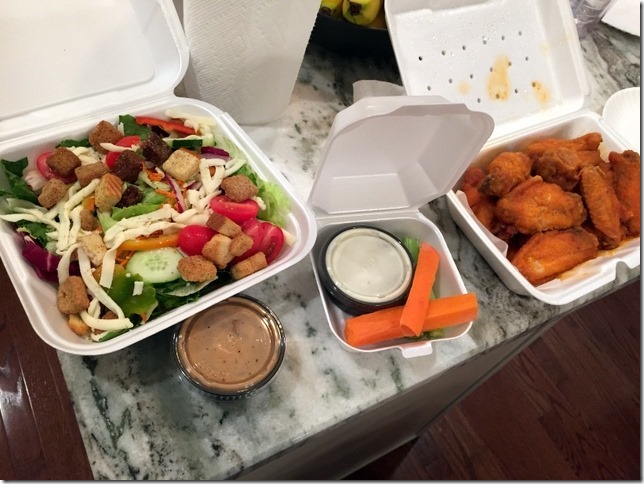 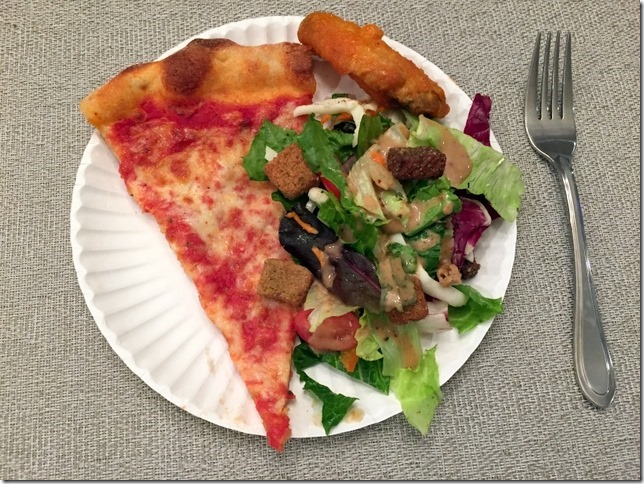 Although Lucas didn’t really care much about the food, he DID enjoy learning how to do a “hulk smash” from his Uncle D, and it gave all of us a good, much needed laugh. 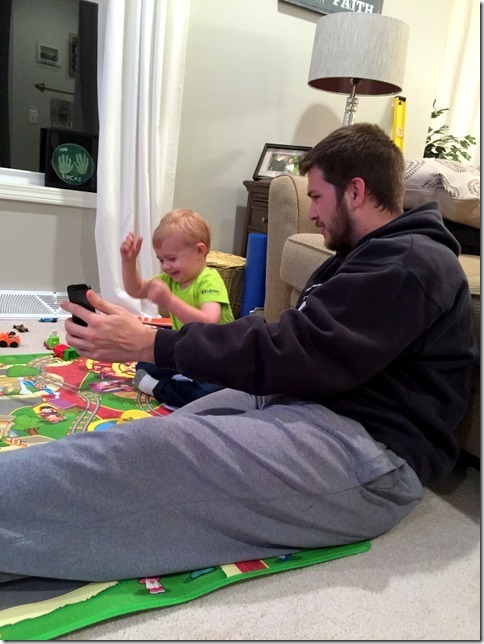 Between the hulk smash, and these three “steamrolling” around on the floor, these boys definitely had me in stitches. 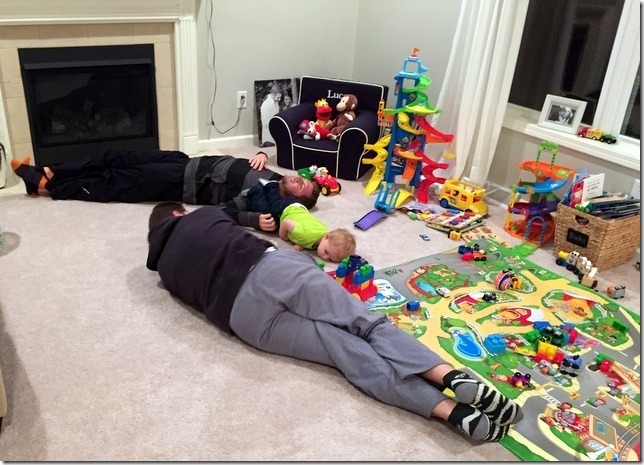 Does anyone still really say that? In stitches? Ah well.

On Saturday morning, we went and brought Lucas to get some bloodwork done, which we’d been putting off since his 2-year check up (they needed a standard, lead level test). Naïve mom over here just assumed it would be like when he was a newborn, which meant a little prick to the foot to draw blood, but ohhh nooooo. He needed the full needle into the vein of his inner elbow. 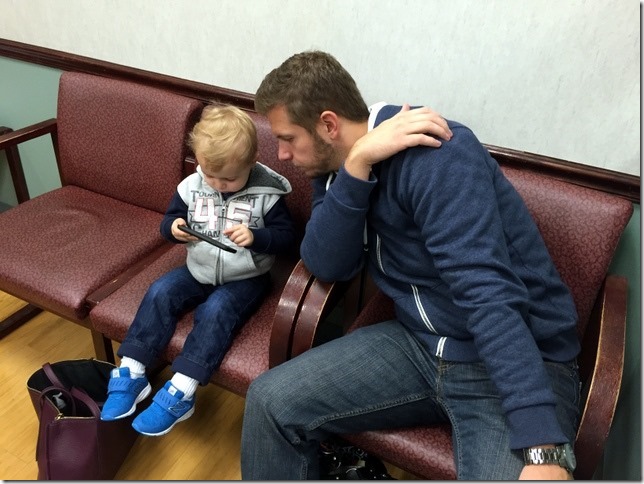 Thankfully, he took it SO much better than I expected him to, and he even thanked the nurse when she was done. I’ll tell ya…

While Lucas napped on Saturday, Jay and I took care of a few things around the house, including a little revamp for our old filing cabinet. 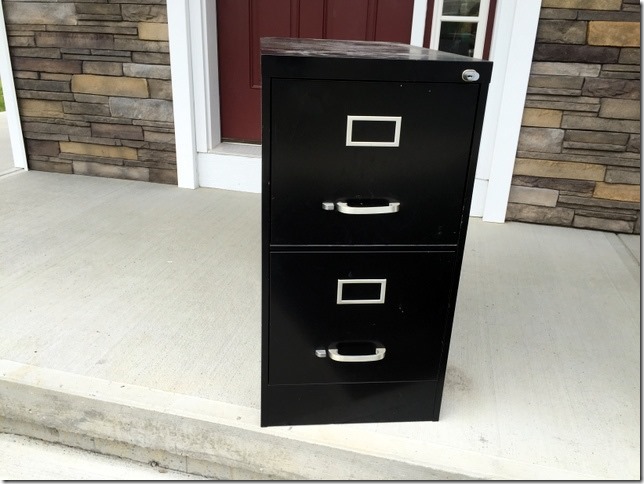 We used some of the chalky finish spraypaint I bought last week, and it really couldn’t have been easier to use. 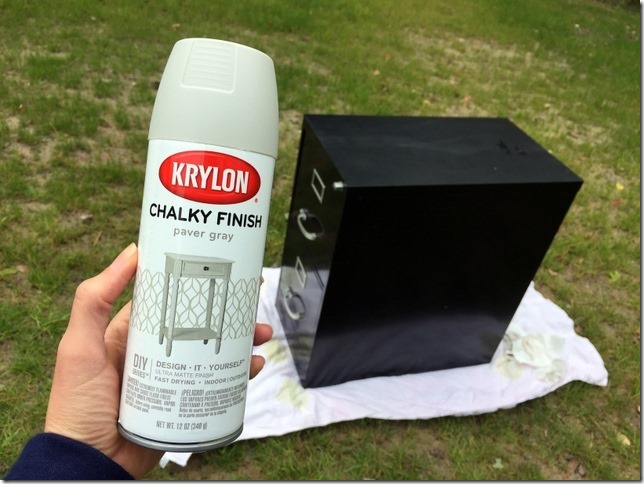 I say that, but notice the one who’s doing the work… 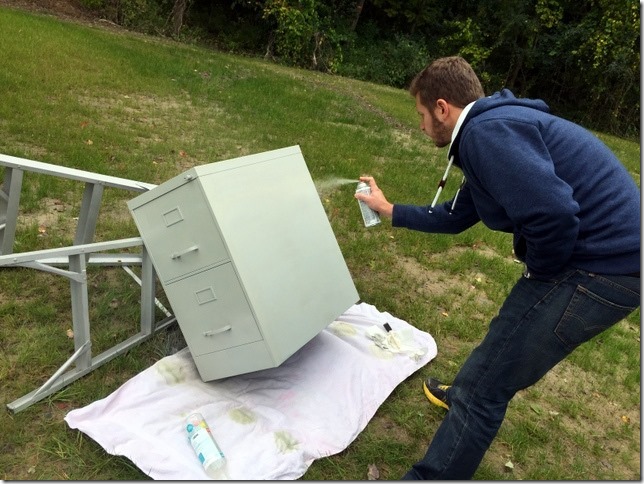 I still need/want to paint the handles, so hopefully I’ll be able to do that soon. But overall, I think it’s looking SO much better already.

Jay and I also worked on putting together a few pictures collages for my father-in-law, which is why I’ve been asking you all for your positive thoughts and prayers. 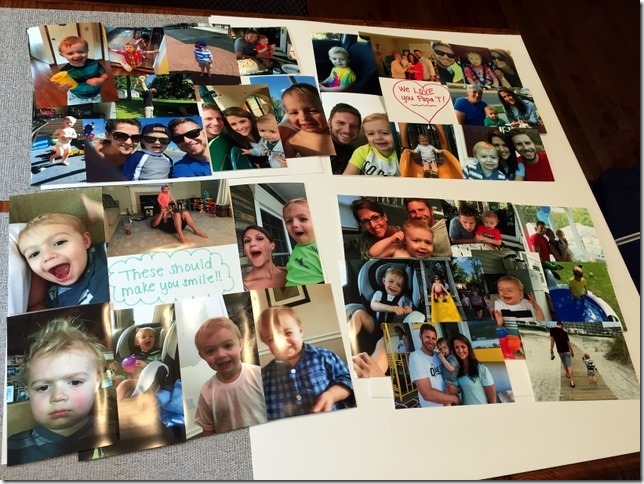 He’s been in the hospital for a little while now, and we recently found out just last week that he’s really not doing well. So we figured maybe some pictures of his grandson would help cheer him up. We can only hope.

After going to visit him in the hospital for a couple of hours, we dropped Lucas off at my parents’ house so Jay and I could head out and just grab a beer and try to relax. We did just that by grabbing a couple seats at the bar of Applebee’s and ordered some apps. 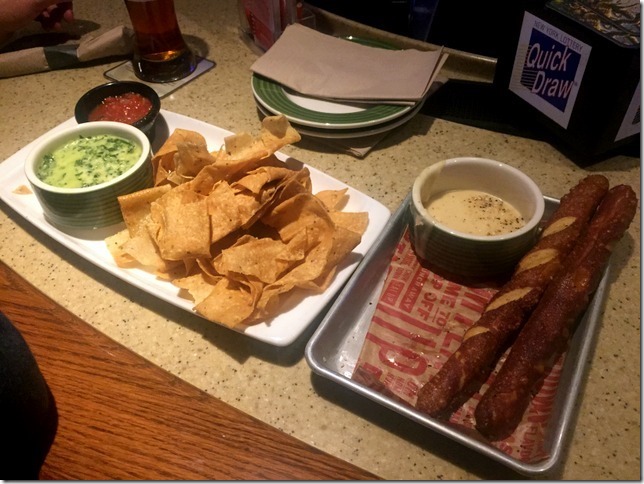 And after we finished our apps and drinks, we headed home and enjoyed a quiet evening on the couch, including a renal of Pitch Perfect 2. 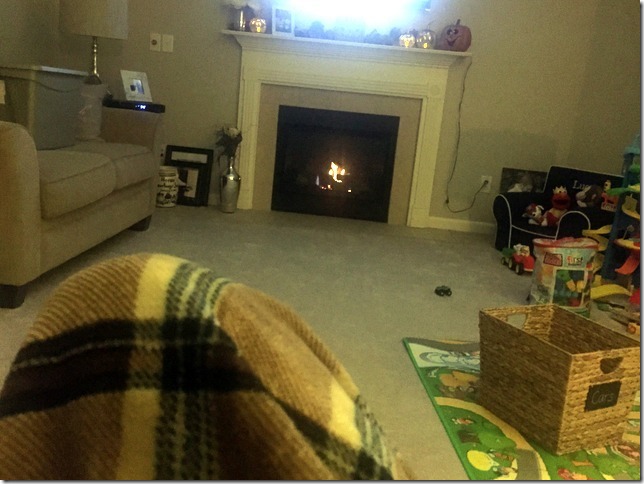 I just love this guy. 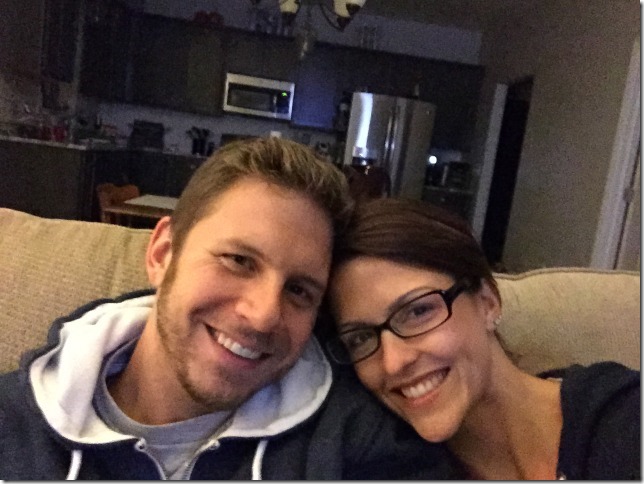 On Sunday, I woke up early, got a workout in, and then we headed over to my parents’ house to see Lucas and watch the Jets game. 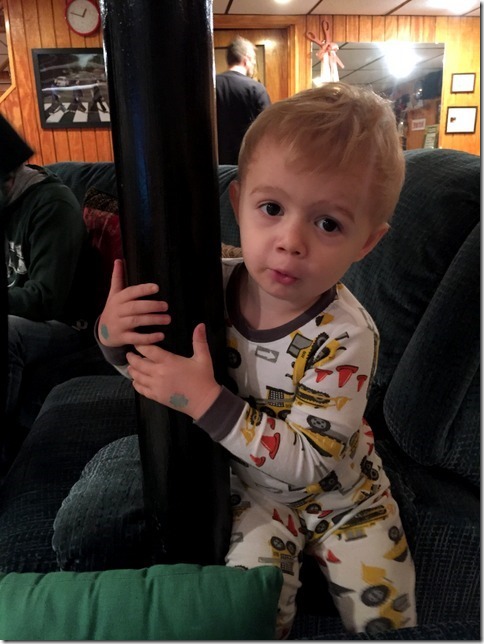 My mom put out a nice, delicious spread for the game too, but brunch-style since it was so early. 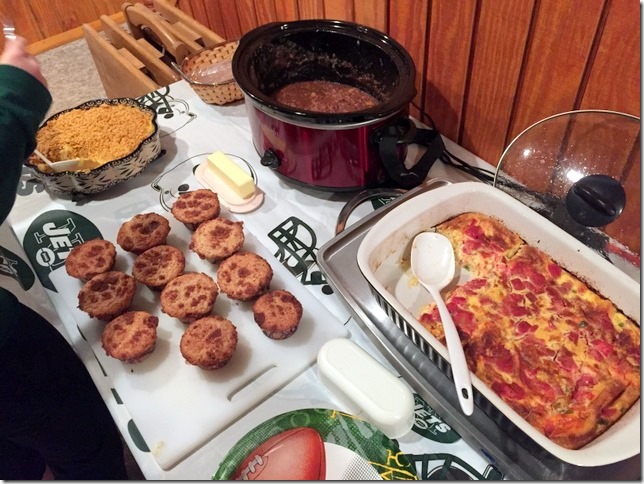 I’m definitely not complaining about it. 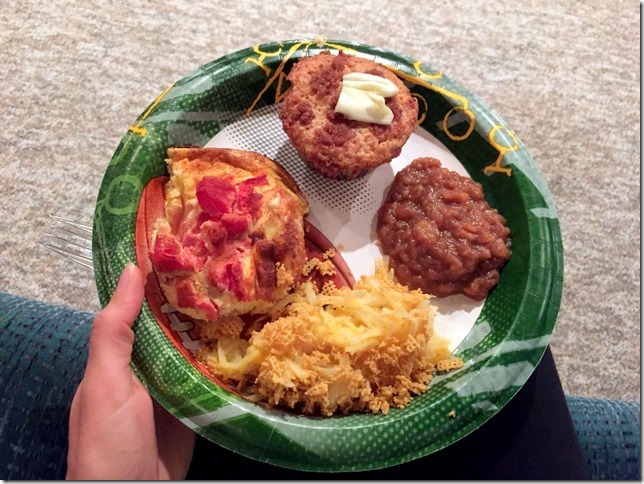 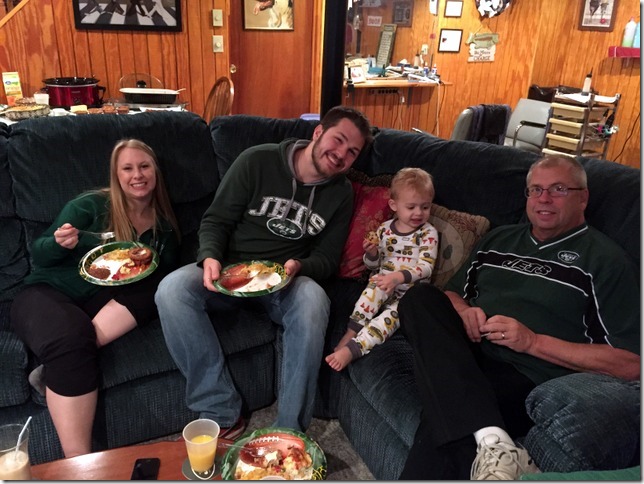 FYI: My brother…yes, this one down here who steals my phone to take snazzy selfies…made a batch of my Best Ever Crockpot Applesauce but also decided to add caramel chunks to it as well. Hoooooly crap…definitely try that. 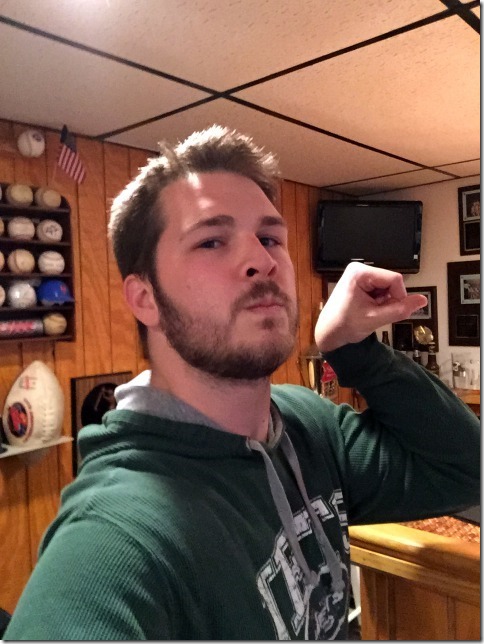 It was nice to be able to hang out with not only my parents and brother, but also his girlfriend Carissa, who we hadn’t seen in a while. 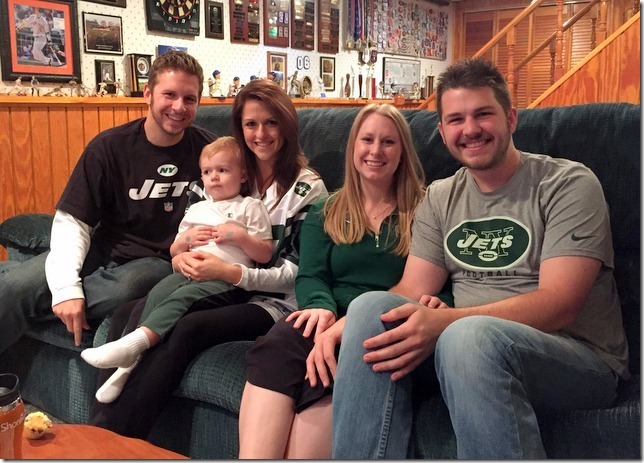 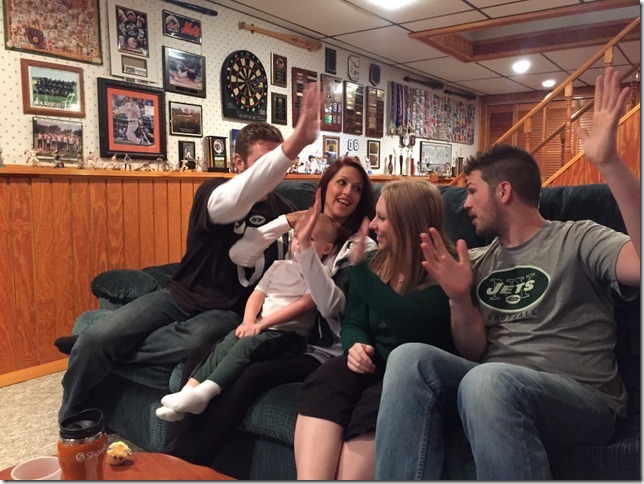 We had to leave the game a little after half-time, thanks to a certain Cranky McCrankerson who needed a nap, but it all worked out and we had such a nice morning. 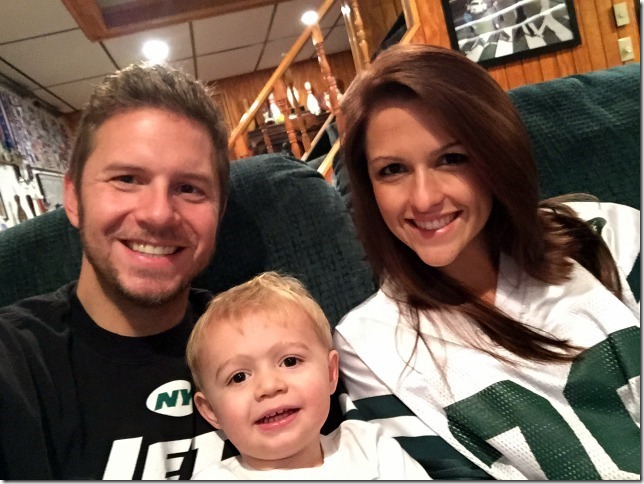 As for the rest of Sunday, it was fairly low-key and included some cleaning, blog work, baking a loaf of my Grandma’s Banana Bread, and playing around with the little guy.

I hope you all have an awesome week ahead – go ahead and make it great. And be sure to hug your love ones extra tight. <3