We had a pretty split mix of both awesome and crappy weather this weekend, so that kept most of our Saturday activities indoors. Jay had to work some overtime this weekend, and Lucas enjoyed some special time out with my parents for a couple of hours. So once he was back home and Alex was up from his nap, I decided it would be a great day to have some fun in the kitchen! 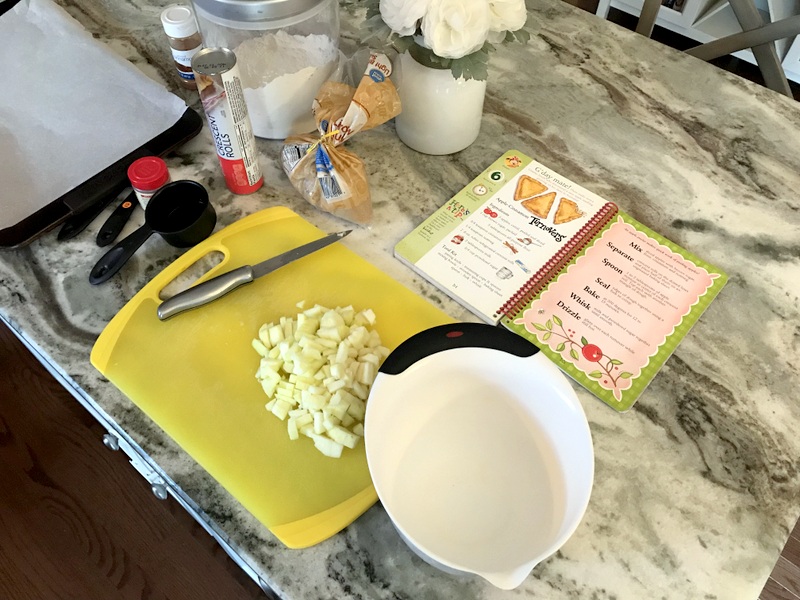 We’ve had this kids cookbook for a few months now, and Lucas has wanted to make the Apple Cinnamon Turnovers. Since I had everything we needed, that’s what we made! 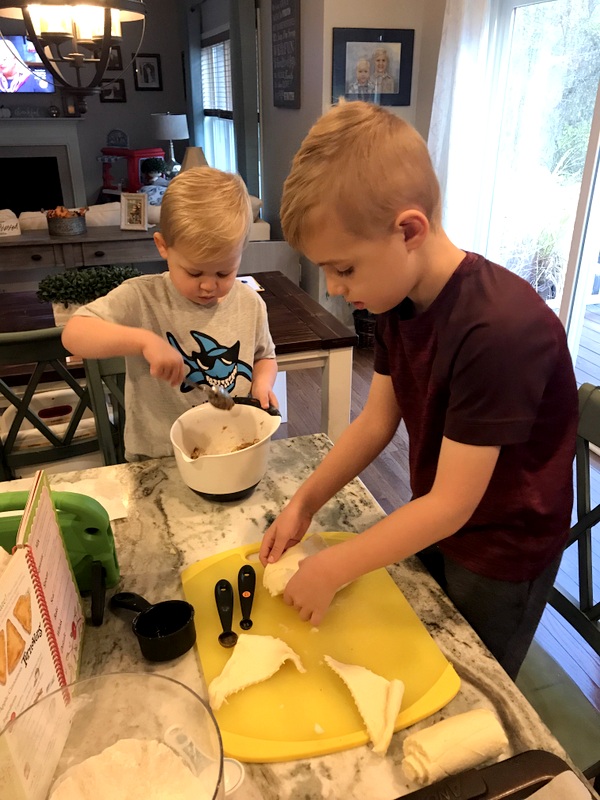 With some minimal bickering between the boys, we actually had a really great time making these together, and everyone had their own special roles in the preparation. We made a mess, we had some laughs, and we had some “special” treats just for Alex after he decided to lick and sneeze on one in particular…but in the end, they actually turned out really well! 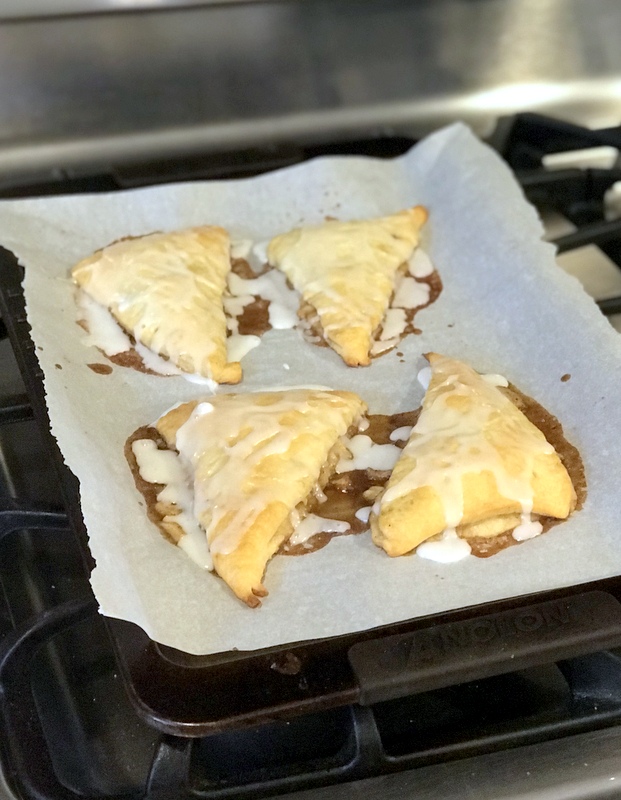 Definitely worth the extra mess. ; )

Sunday involved some split “one on one” time with the boys; Jay went out with Lucas, and Alex and I took a little trip to Target for some household things I’ve had on my list. One thing that was NOT on my list but 100% wound up in my cart… 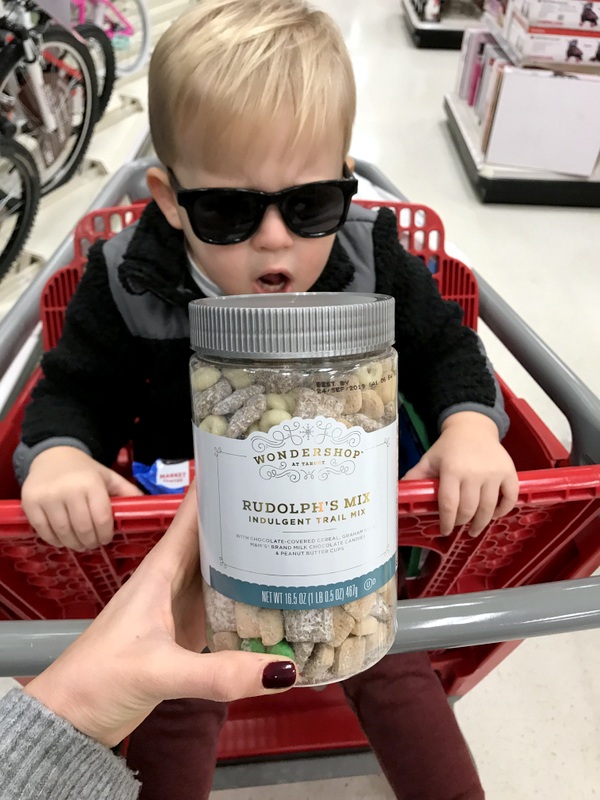 Rudolph’s Mix is BACK you guys!! This stuff is my jam (obviously) and I’m pretty sure it’s now officially the best time of the year.

After our trip to Target, we also made a quick stop at Starbucks so mama could get her first Caramel Brulee latte of the season (my FAVORITE!!) plus a cake pop for my bub. 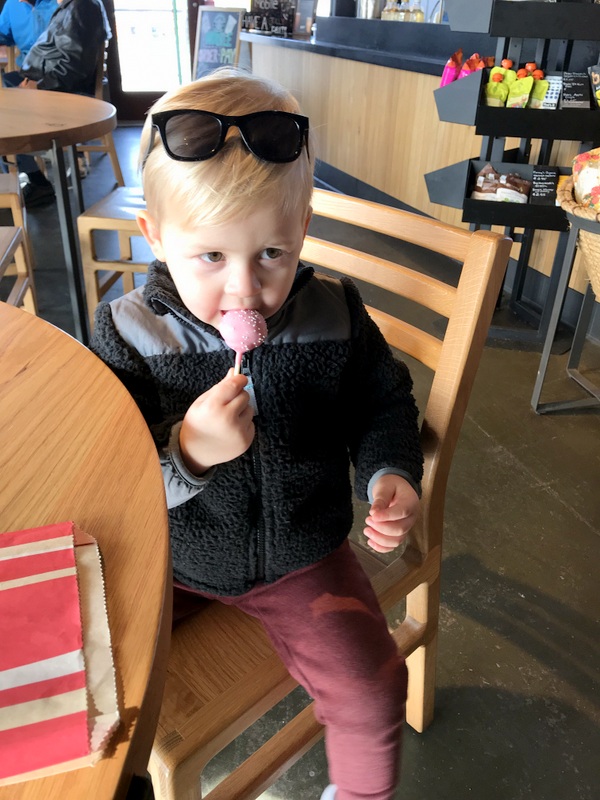 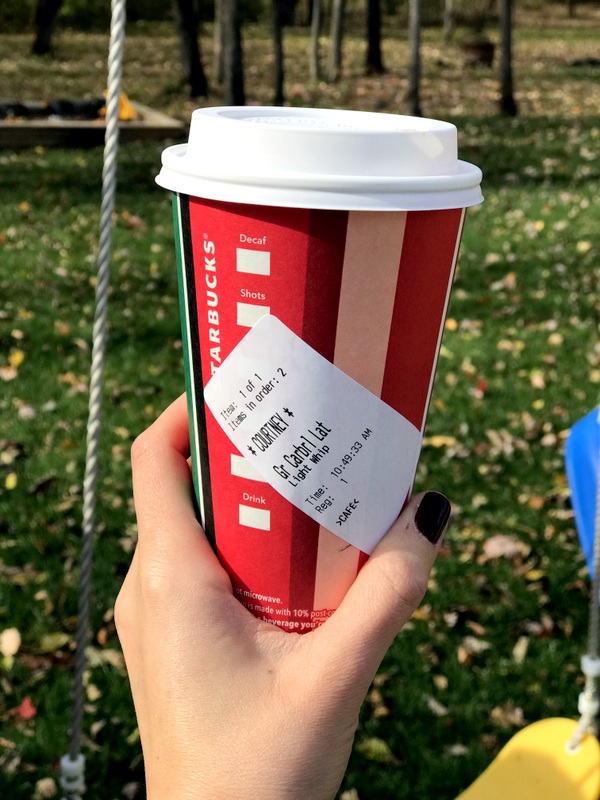 The other boys were already home once we arrived back, and we all spent the majority of our morning and early afternoon outside doing a little fall/leaf cleanup and enjoying the weather. 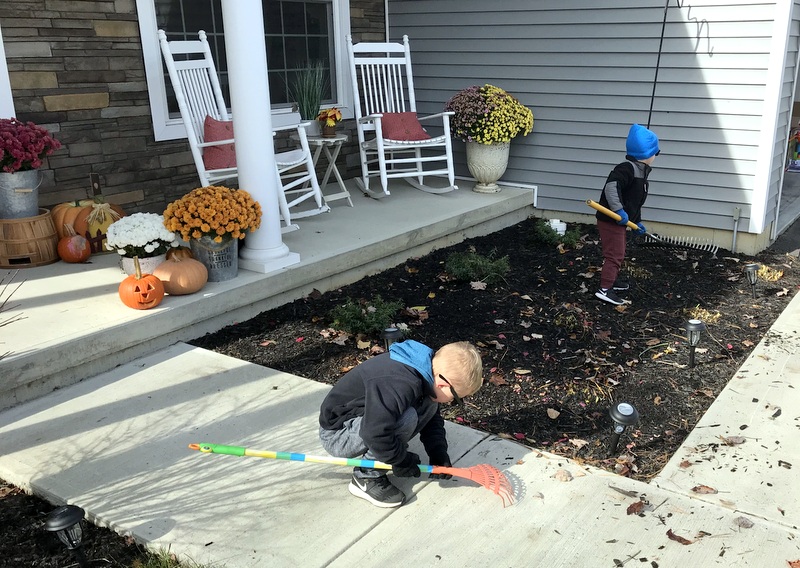 Of course, with a little break for a picnic lunch in the living room, at Lucas’s request, and some games. 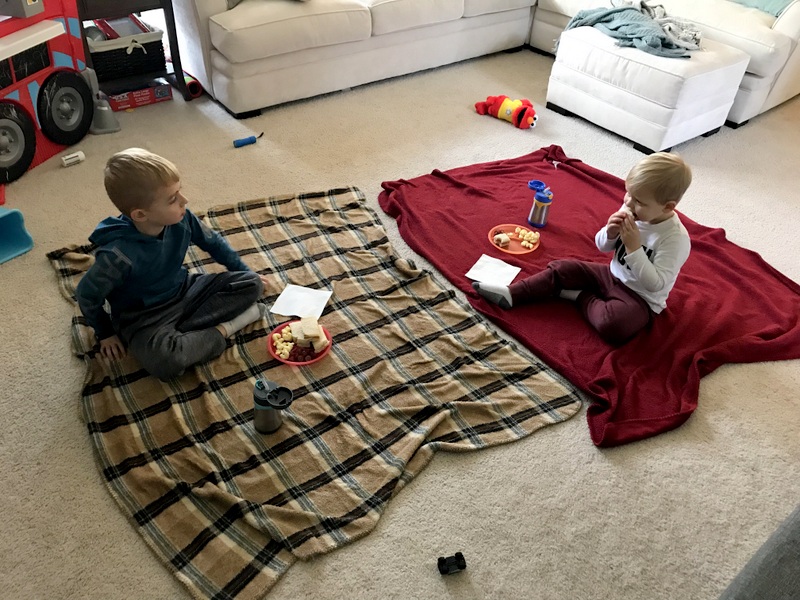 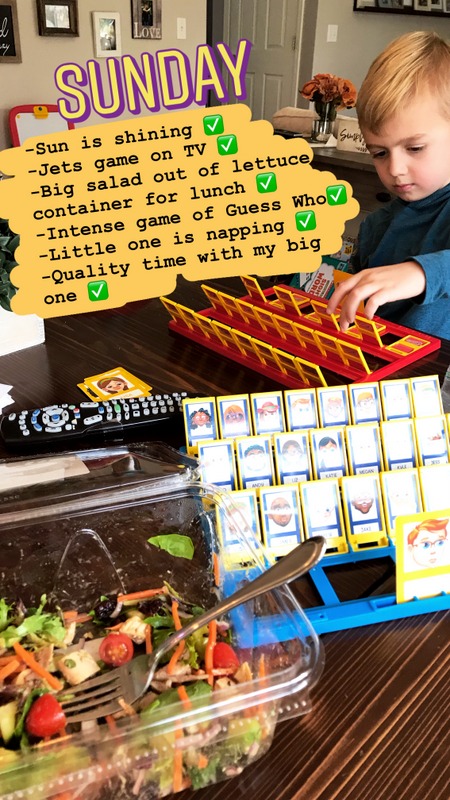 Most of the neighborhood was also out enjoying the day, so a bunch of the kiddos wound up getting together to ride their bikes and play while the adults were able to chat and catch up (we don’t get to see each other nearly as often now that the weather is cooling off and it’s getting dark so quick!). 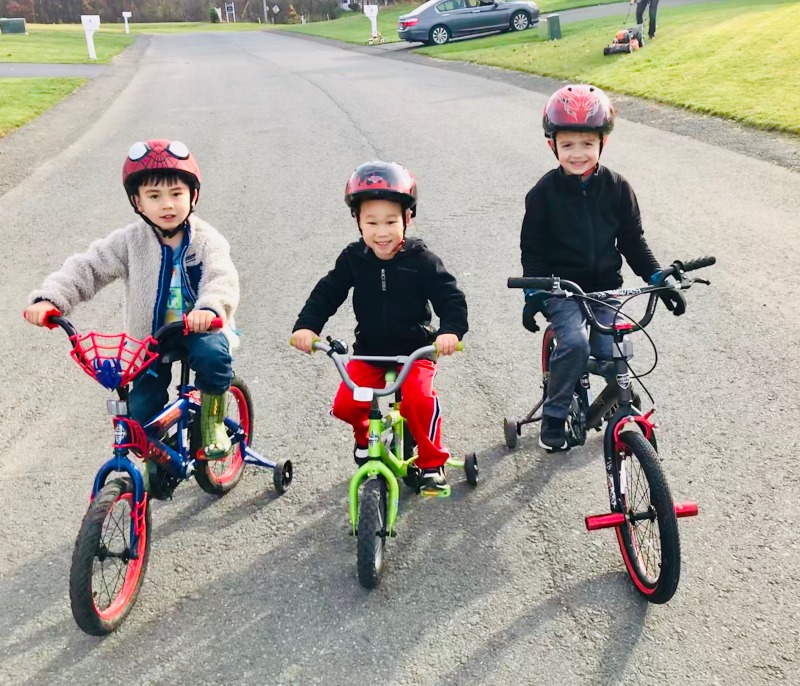 And then we headed to my parents’ house late in the afternoon for some homemade sauce/meatballs and cheesy garlic bread for dinner. One of my favorite meals ever. 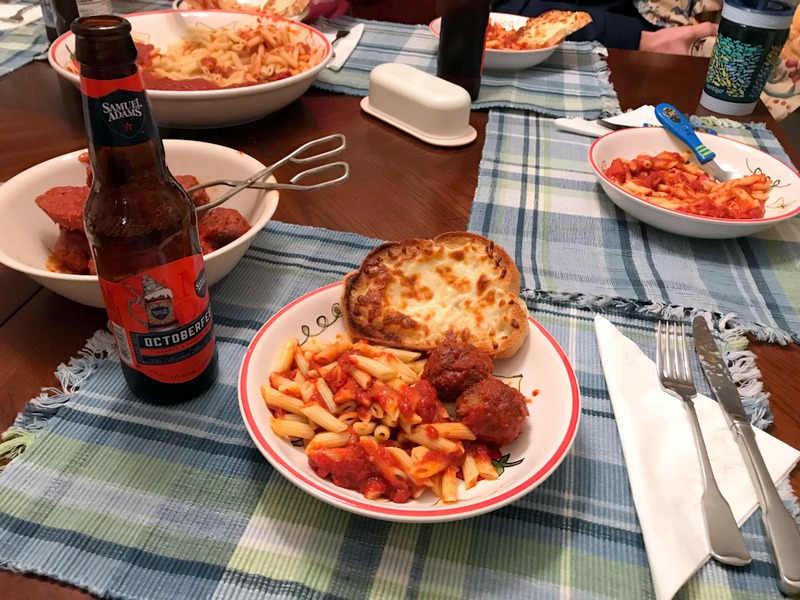 Everyone was plenty tired by the time we got back home, so we hung for a few minutes watching some football (both boys love watching, which I find awesome) before getting ready for bed. 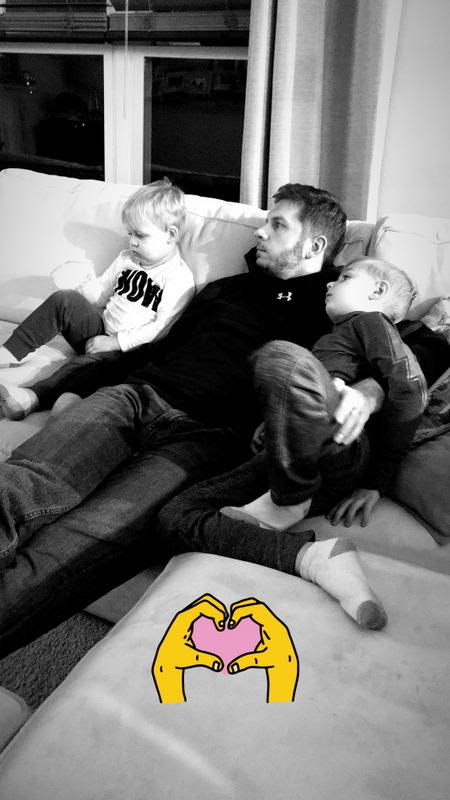 Overall, another great weekend in the books!

I also have one more thing I wanted to share, which arrived this weekend…PHLUR! (FYI – this is not sponsored in any way but does include an affiliate link, which will get you a sweet deal! See below…) 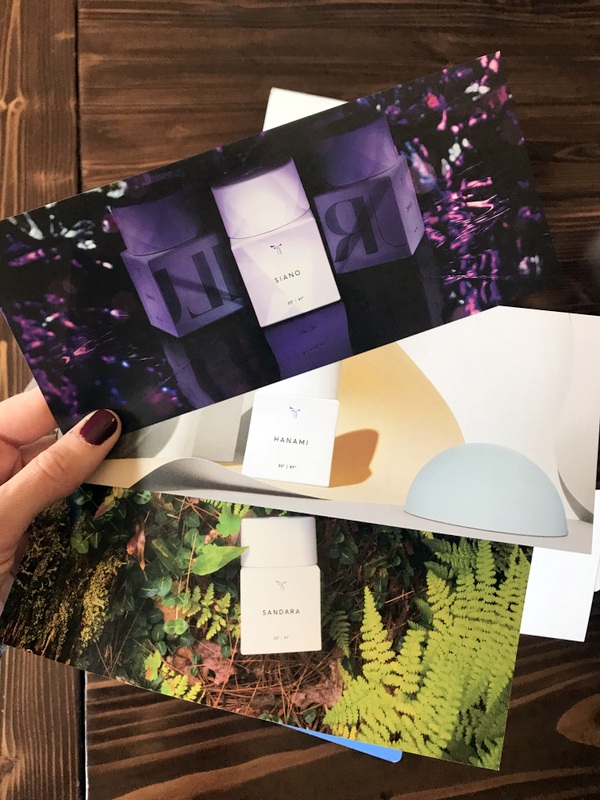 Okay, let me backtrack a bit. Since joining Beautycounter and educating myself more and more about the potentially harmful, toxic, ingredients often found in many conventional products, I was so, so sad to discover just how scary fragrance is.

Not so fun fact? When you see “fragrance” listed as an ingredient on your products, that could actually contain up to 200 potentially toxic chemicals that NEVER have to be listed on the ingredients. Fragrances are considered a “trade secret” and companies actually don’t have to expose their ingredients. How insane is that?!?

Needless to say, fragrance is something I’ve been on high alert for now, and one thing I’ve had a hard time parting with is my daily perfume. I mean, it’s always nice to smell nice, right?

So I recently discovered PHLUR, which makes fragrances, candles, and more, all with clean, non-toxic, ingredients. 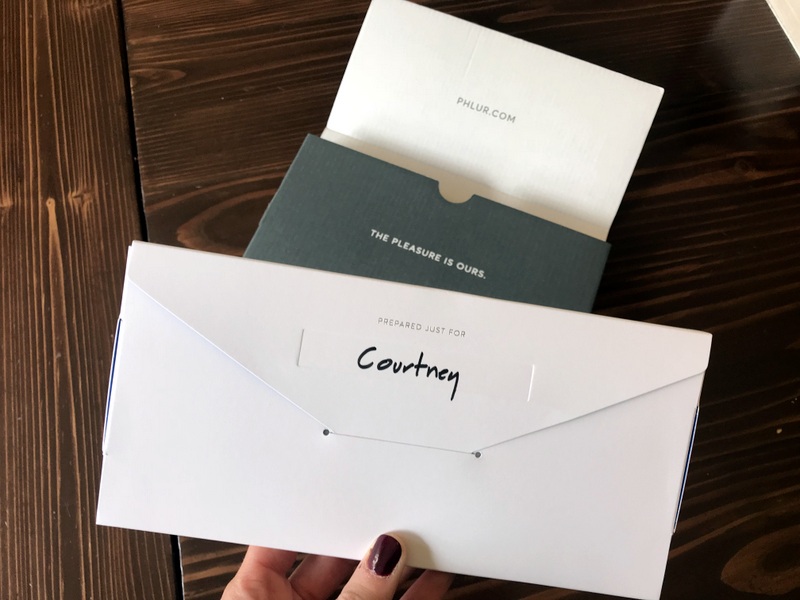 Of course, fragrance can be a little tricky to try out when you can’t put it on you right away, so I loved how they offer the option to try out samples first. 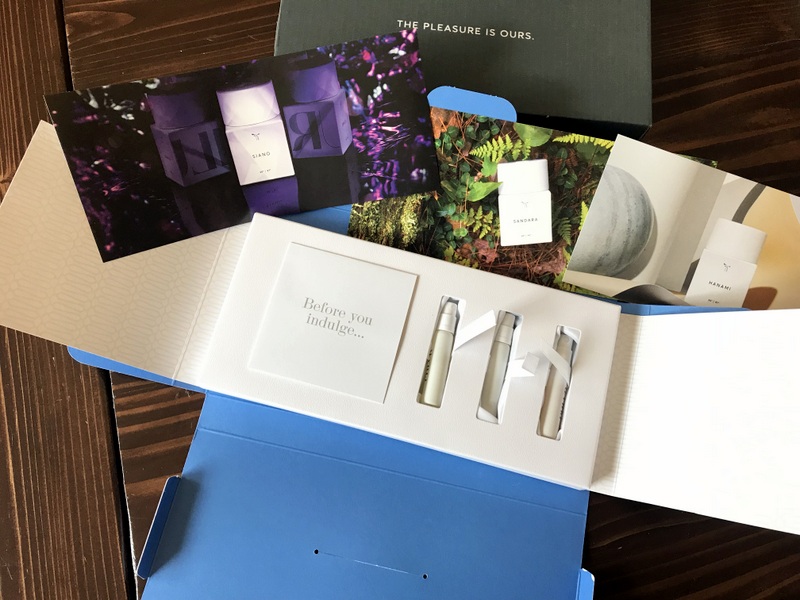 After reading through the descriptions of all of the different scents, I decided to try Hanami, Sandara, and Siano, and each came with their own informational card on what to expect with the scent when you apply, how it’s derived, and more. 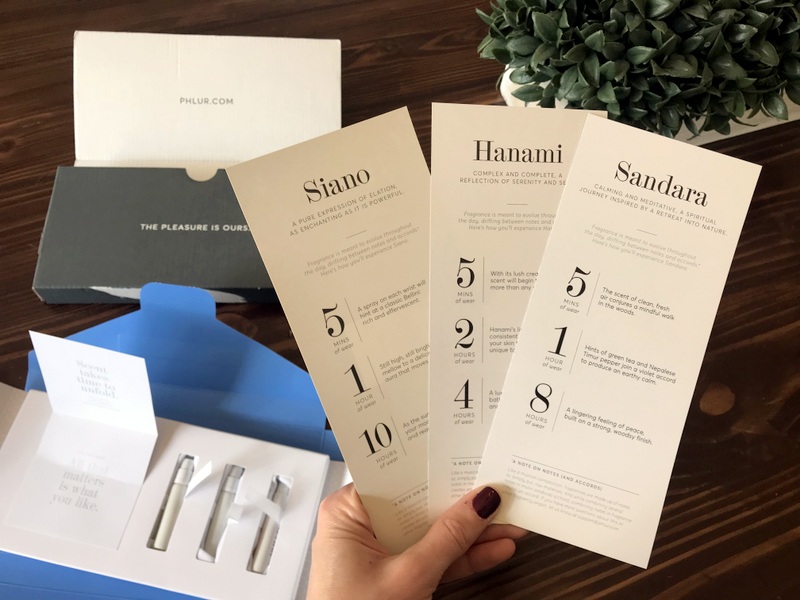 You get 30 days to try the samples out, and then from there, you can purchase a full sized bottle of your favorite AND use what you paid for the samples as a credit towards the full cost. 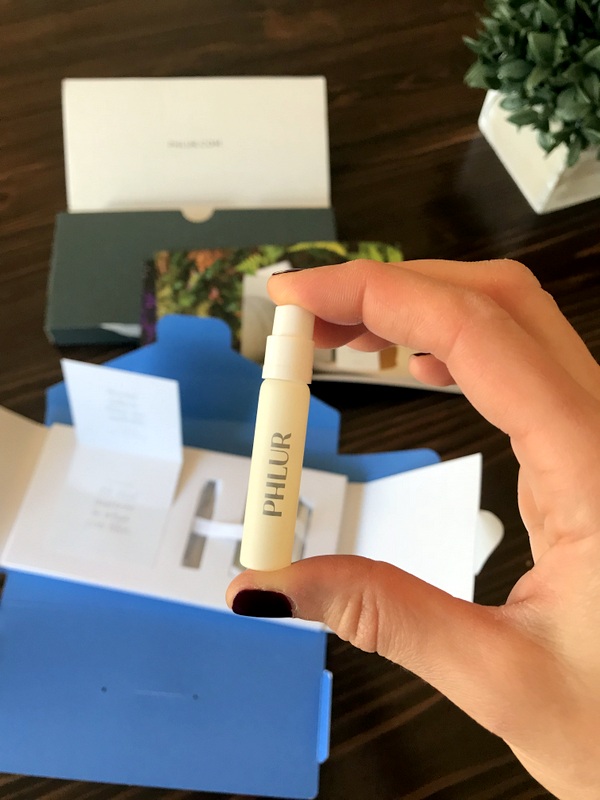 *If you use my code, you will get the discount on your sample and I will earn a credit towards my own account. If/when you sign up, you will also be able to share your own link with others!

So far, I think my favorite is Hanami, but I’m going to keep trying them out to see which one seems to suit me best. 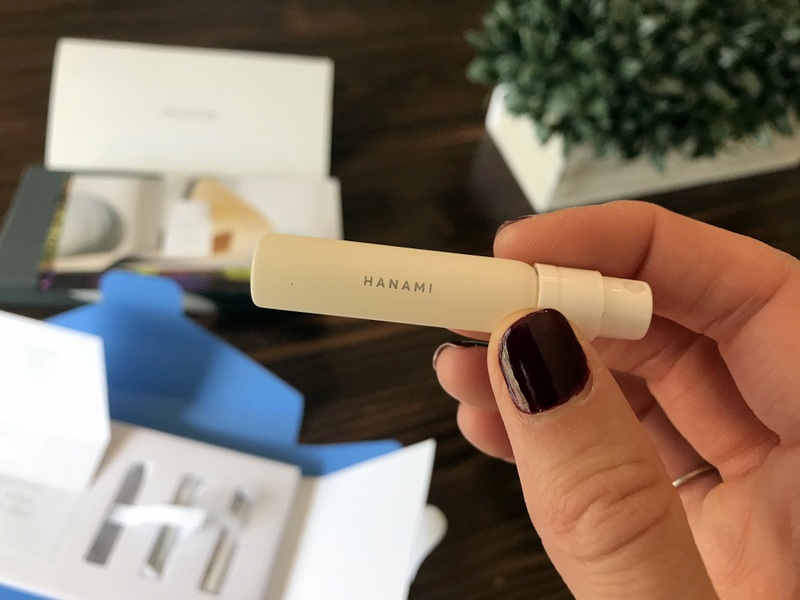 I’m just really excited that they actually smell so good and that they’re made up of much better, safer ingredients!

Hope you guys had a great weekend, and I’ll catch up later this week! <3