Good morning! How’s everyone doing after the nice holiday weekend?

Did anyone else wake up this morning with a bit of an Easter candy coma…? 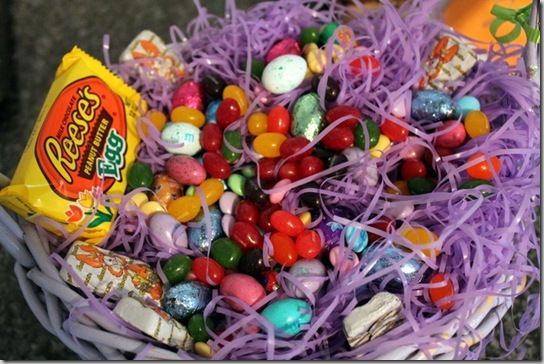 Actually, I’m pretty sure that mine is more of a sugar coma in general, thanks to some delicious desserts yesterday…but first let’s get you caught up on the rest of the weekend:

Jay and I began our Easter by heading over to his Aunt’s house for brunch. As soon as we got there, we were greeted with some delicious tequila-spiked margaritas that were just as tasty as I had remembered them from last year. 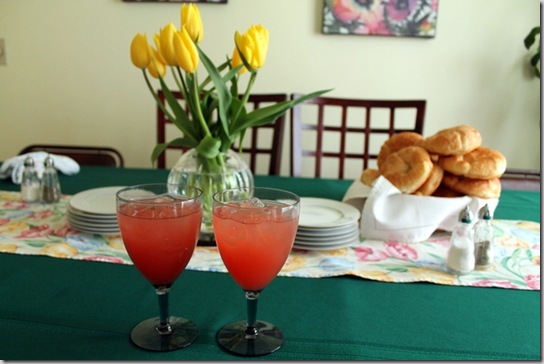 Shortly after we arrived, brunch was ready to go…and man oh man did it include quite a spread. 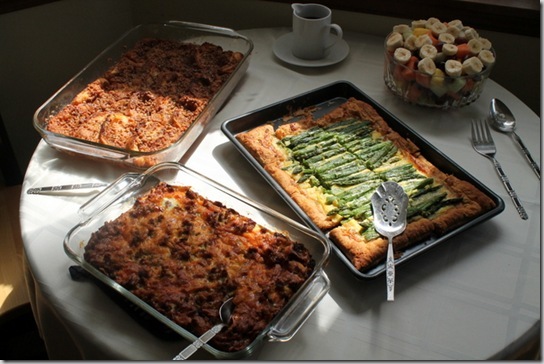 I made sure to fill my plate with a little bit of everything, which included French toast casserole, a sausage and egg casserole, asparagus tart, and some some fresh mixed fruit. 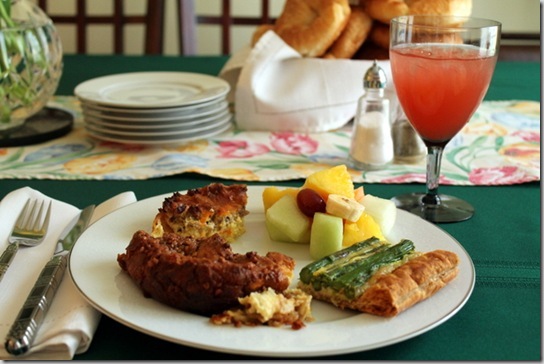 I most definitely went back for some seconds of that French toast. It’s SO good. It actually reminds me quite a bit of my healthified baked french toast casserole. 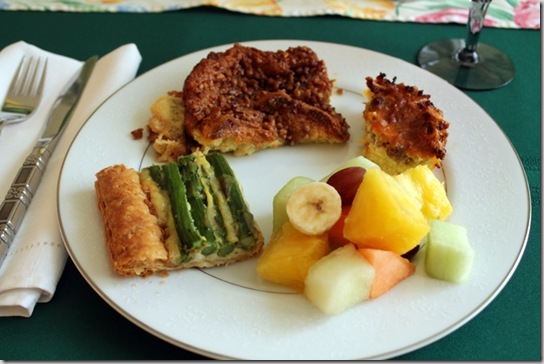 After brunch there was also dessert (of course), which is when the sweets marathon officially started for the day. I ended up having a homemade cupcake (not by me), 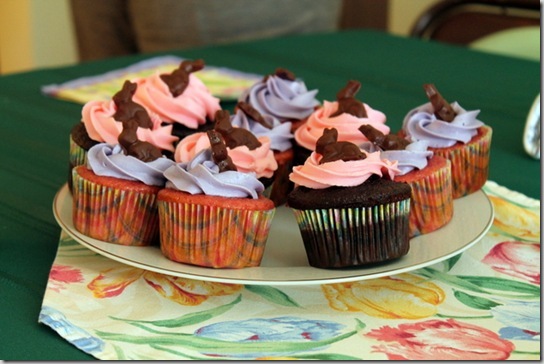 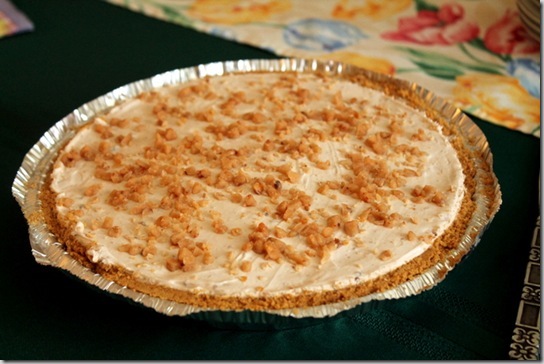 All I did was add some light cream cheese and whipped topping to the mix, mixed in some toffee Heath Bar bits, poured it into a pre-made graham cracker shell, and topped it off with more toffee bits. It’s incredible.

Shortly after brunch, we headed on over to my parents’ house for the rest of the afternoon. Unfortunately, something wasn’t sitting right in my stomach after brunch so I laid low for a majority of the afternoon and didn’t have much desire to dig into my Easter basket. 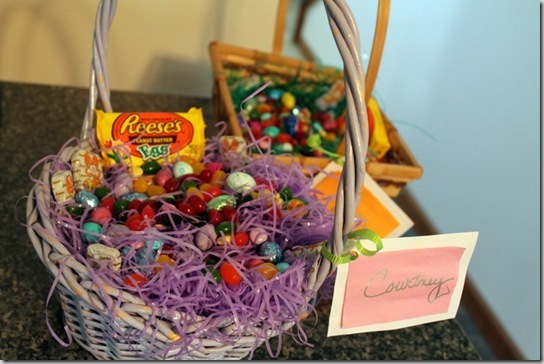 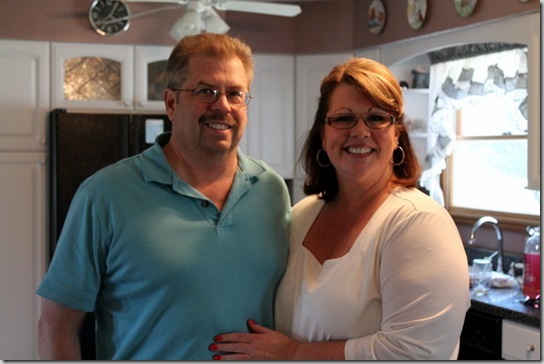 That makes me a very happy camper. 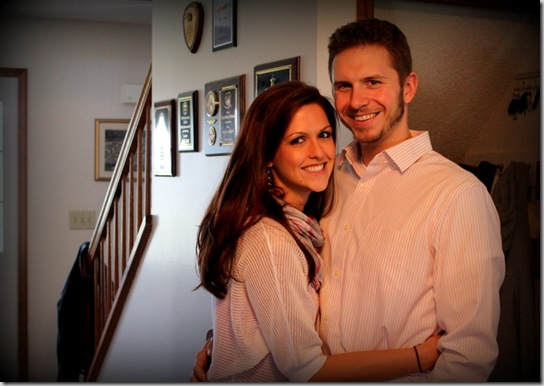 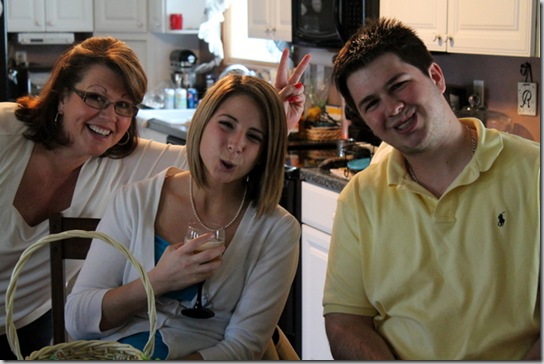 I would also like to take a second to point out the fact that my brother does indeed own more than one shirt…despite the fact that he wore this same polo last Easter AND this past Thanksgiving. He actually told me before I took a picture of him that he wanted to change his shirt because he didn’t want everyone thinking he only owned one. Now, I’m sure none of you would have even noticed…BUT, I took it upon my sisterly duty to make you aware.

After a few hours, we all dug in to an early dinner. 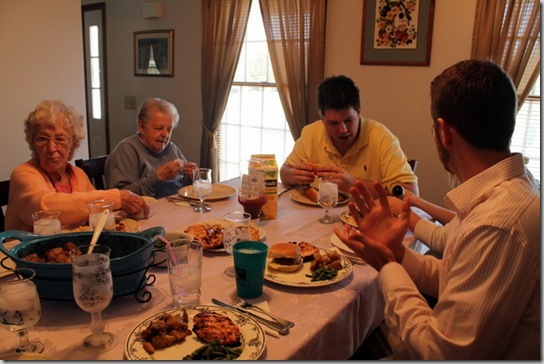 Easter dinner at mom and dad’s house this year was pretty simple, due to the fact that they both had to get up suuuuper early this morning for a week-long trip to Jamaica. Yes, Jamaica. I am super jealous of them. 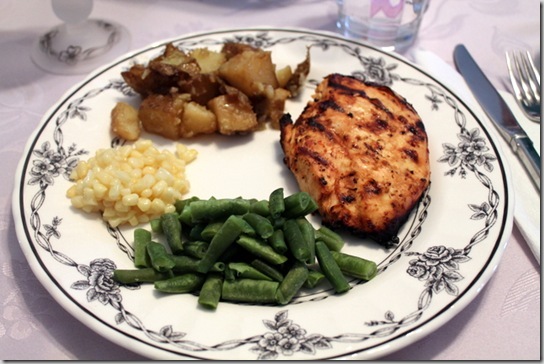 More like a summertime gathering than anything else, which was perfectly fine by me!

Shortly after dinner, it was time for dessert #2 for the day. Meg brought a dozen of these adorable cupcakes, 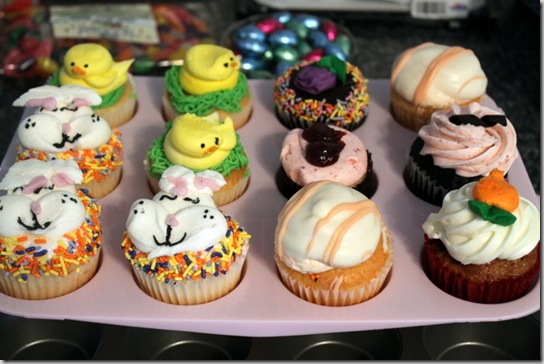 and I contributed…another cheesecake! This one was a white chocolate raspberry Oreo cheesecake, which I knew would be a hit with my fam. 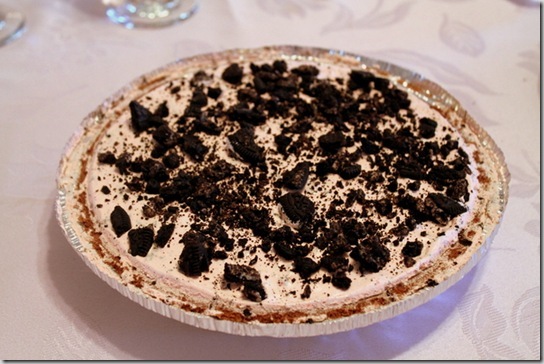 Made the same way as the other cheesecake, just with a white chocolate raspberry mix, on a chocolate crust, with lots of crushed Oreos mixed in. 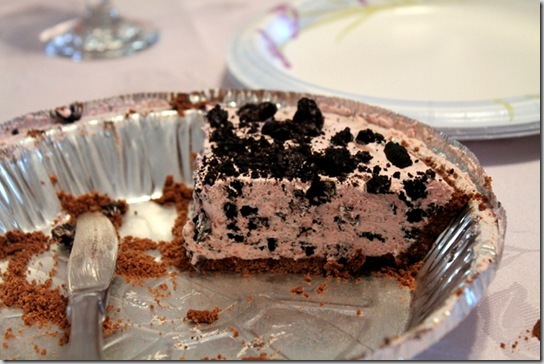 I enjoyed a piece of cheesecake along with a carrot cake cupcake and both were thoroughly devoured. 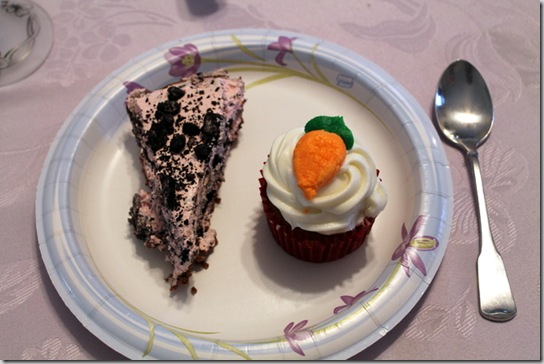 Add a few generous helpings of Easter candy on top of that (after my tummy finally settled) and now you know why a sugar coma was happening this morning. Oooof. Extra sweets and all, it was a really nice day with family.

No surprise here, but there was zero desire for any sweets this morning, so I rolled omelet-style. 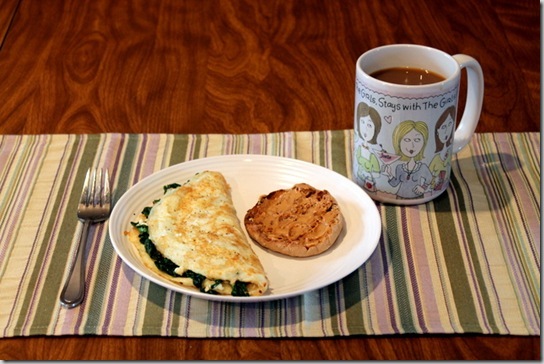 Today’s creation was a spinach and feta egg white omelet, made with 1/2 cup egg whites, about 3 cups(!) of sautéed spinach, and 2 tbsp feta cheese. 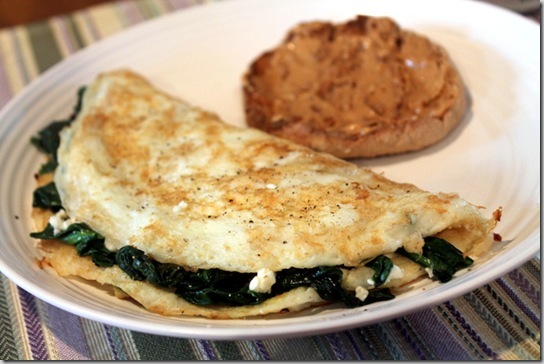 On the side, I had half of a whole wheat English muffin + PB. 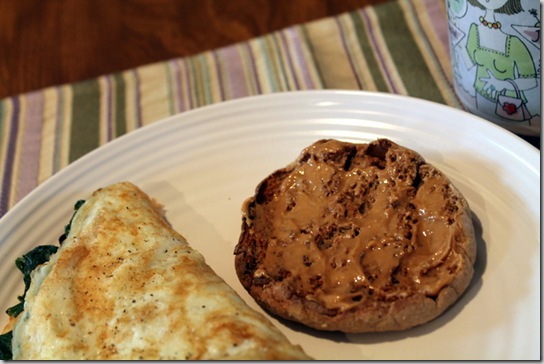 Now I’ve got a lot to try and catch up on from the weekend before heading back to work this afternoon (I already completed an early morning shift). Hope everyone is off to a great start today!

How was your holiday weekend? Any fun highlights and/or good eats?