A little yoga to kick start my Tuesday morning? Don’t mind if I do!

I’m starting to get a little bored with the yoga DVD’s that I already own, so I decided to flip on the Sportskool Exercise channel and see if they had anything to offer. Much to my surprise, they actually had about a dozen different yoga videos to choose from – score!

The first one I attempted was a Vinyasa Flow video, but I only lasted about five minutes before calling it quits. Borrrrring. My next video, however, called “Metal Yoga,” was anything but. The instructor used wrist and ankle weights, but since I don’t own any of those, I just went without. Honestly though, I don’t know if I would have been able to do it with the weights because this video was challenging!

The only downside to my yoga practice today (look at me sounding all yoga-like) was some lingering shoulder pain I was experiencing. Not quite sure what’s up with that. Either way, still a great yoga session.

Rewind a bit to last night’s dinner. Talk about deeeeeelish. 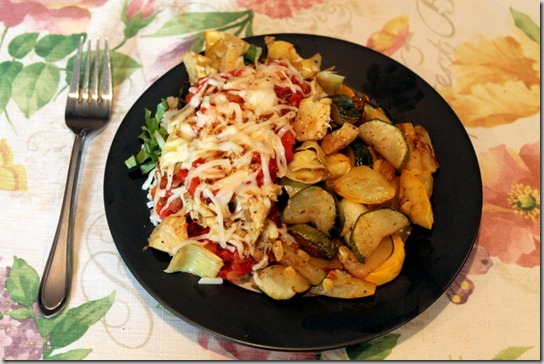 I marinated some chicken earlier in the day, so Jay cooked that up on the grill while I took care of the rest of dinner. On Sunday, Jay ended up making a last-minute homemade marinara sauce, and since there was some leftover, I wanted to pair it the chicken. 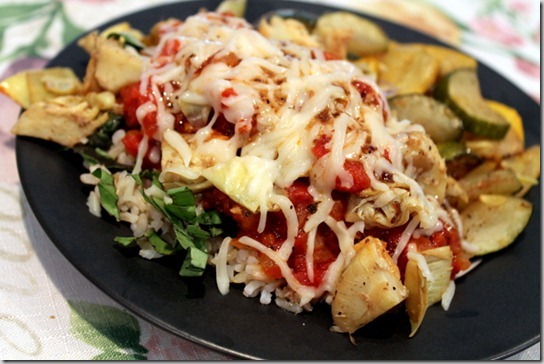 So I cooked up some brown rice, topped it with the chicken (it’s under there, I swear), marinated artichoke hearts, the marinara sauce, a little mozzarella cheese, a drizzle of balsamic vinaigrette, and some fresh basil…from the garden. 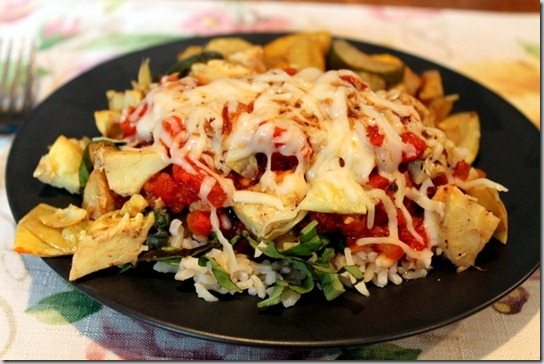 Jay said it reminded him a lot of a healthier chicken parm, which I could see a little, but it was just overall amazing.

On the side, we had some sautéed zucchini and yellow squash since, ya know, we have quite a bunch of it. 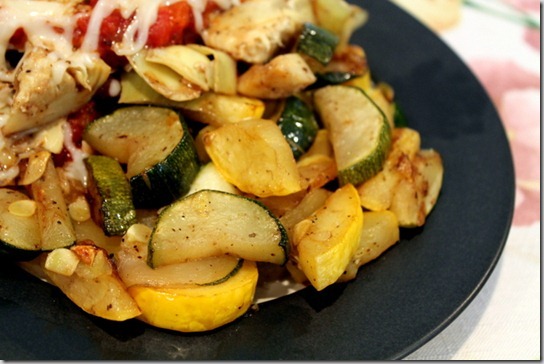 But speaking of which…I noticed that my plants are pretty much empty right now. There are some flowers, but no zucchini or squash…this doesn’t mean my plants are done, does it?? Do they come in phases? I’ll be so disappointed if my zucchini crop is done…I have more baking to do!

After getting my yoga on this morning, my body temp was up there, so I needed something cold to cool me down. Cereal combo + iced coffee is where it’s at. 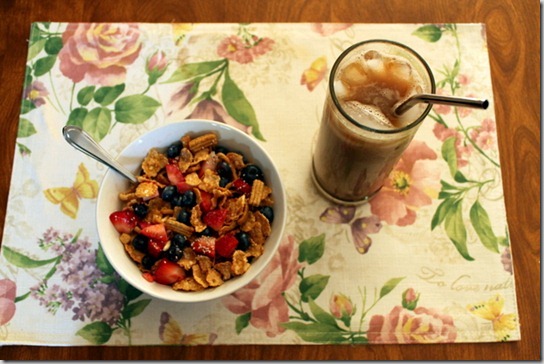 I even made extra…juuuust in case I want another cup later on. 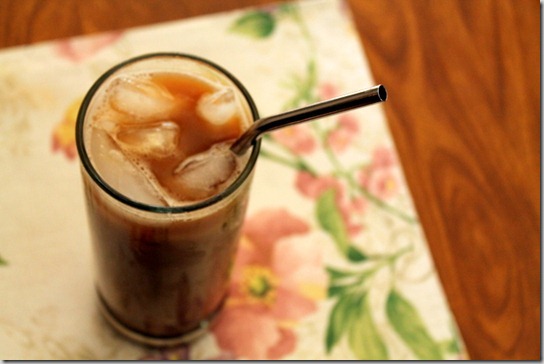 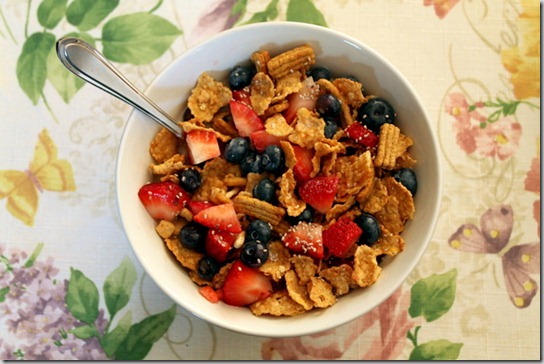 I loaded the bowl up with berries so this thing was huuuuge. 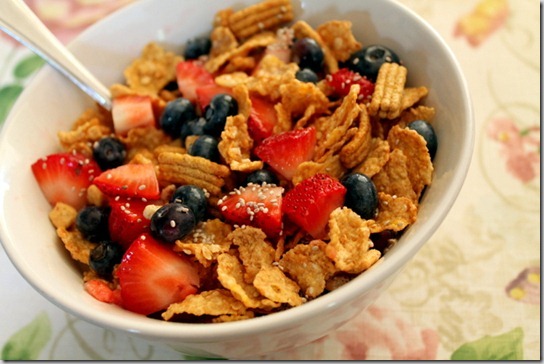 The Special K cereal by the way? Awesome. x100

Random Question for the Morning (kind of like when we did the Would You Rathers!):

Who would you most like to be stuck in an elevator with?