Hey friends! Welcome back from the weekend…I hope you all had a nice couple days of relaxation or doing some fun things with friends or family!

Jay and I were lucky enough to have our third Friday in a row out. It is absolutely invaluable having grandparents who live near us! Jay had his company party, which we’ve been going to for a few years now, and this year was definitely a great time. 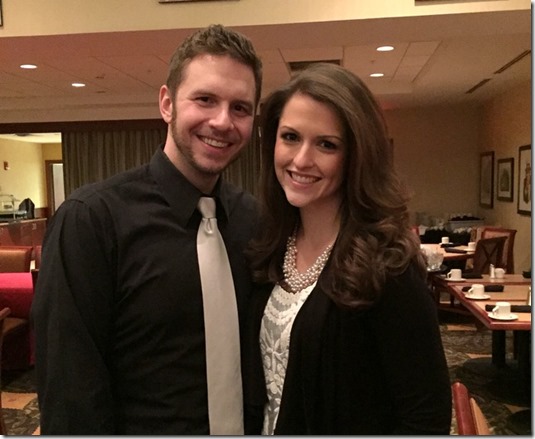 We arrived a little before the party started and met up with some of his co-workers in the bar for a drink. Once the party got going, there was a cocktail hour (more drinks), and then dinner. Dinner was totally delicious, but then again, I was two glasses of wine in so of course it tasted amazing… 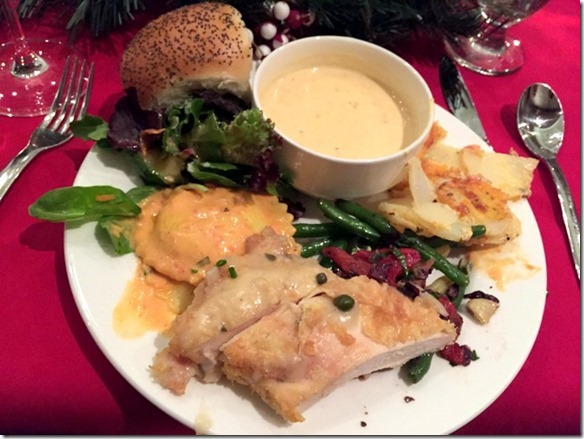 Also insanely good? Dessert. They had three options…I took two. Ate them both. No shame. 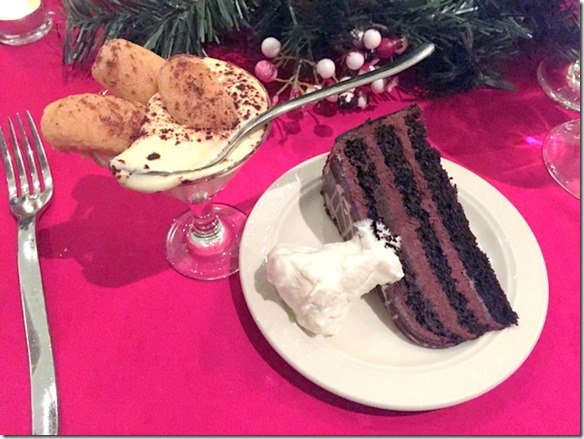 Shortly after dinner, they had a comedian (his name was Ray Harrington – he was hilarious!), and then they had the company awards. As luck would have it, a certain special someone came home with a “Technician of the Year” award. 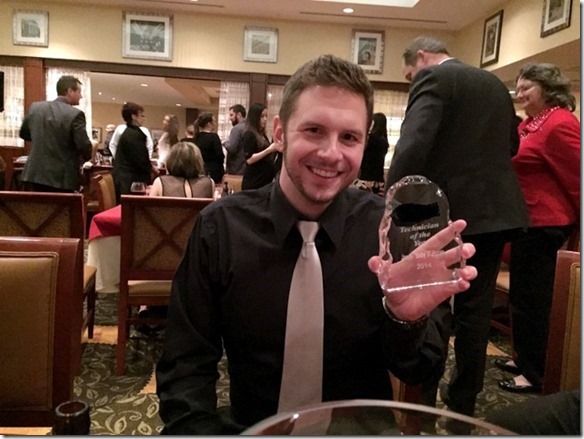 We hung out with his co-workers for a little while after the party ended and didn’t end up getting home until a little before 1am. That is pretty much unheard of for us and, dumb on our part, we did not have Lucas sleepover with his grandma…

SOOO…come 6am, and of course, guess who’s awake early (which happens mayyyybe once a month)? Oh yes, Mr. Lucas. He was in quite the mood too, which we attributed to some new teeth on their way in. Unfortunately, between his crabby mood and him being ready for a nap earlier than usual, we had to skip out on soccer. I felt bad (especially since my parents ended up going to “surprise” us!) but it was the right choice.

Once he was up from his nap, the three of us headed over to visit Sarah, Jeff, and their little guy, Chase. Between kids, life, work, and everything else in between, we certainly have not had the chance to see these guys like we usually do this past year, so it was a welcomed afternoon, indeed! 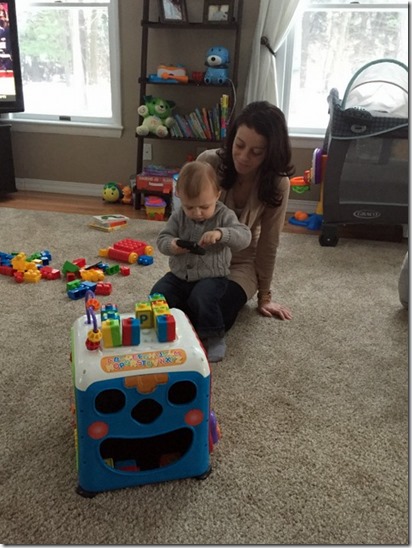 Despite his crabby mood and not having seen Sarah lately, he still loves his godmother!

We all hung out for a few hours and ordered a pizza to have for dinner…which, unbeknownst to me, wound up being probably the largest pizza I’ve ever seen. Then again, I should have known when Jeff said he ordered the “colossal” pizza… 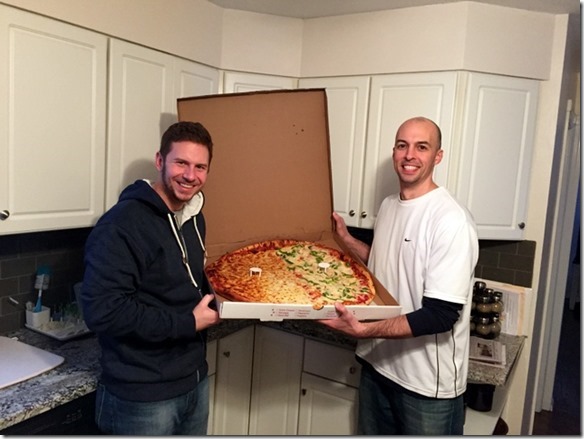 In case you couldn’t tell from the photo above, here’s a slice on a standard sized paper plate. 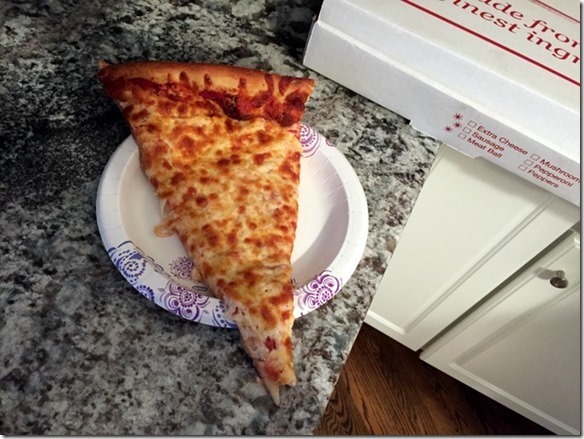 The rest of our Saturday was pretty quiet; we came home, put Lucas to bed, and hung out on the couch catching up on some DVR. We were both exhausted thanks to our early wake up, so I’m pretty sure I was in bed before 9:30pm.

Sunday was a super productive day, without much to show for it. We spent the entire morning cleaning – vacuuming, dusting, scrubbing the bathroom, and catching up on laundry. But really, you wouldn’t know it when you have a toddler running around with you… 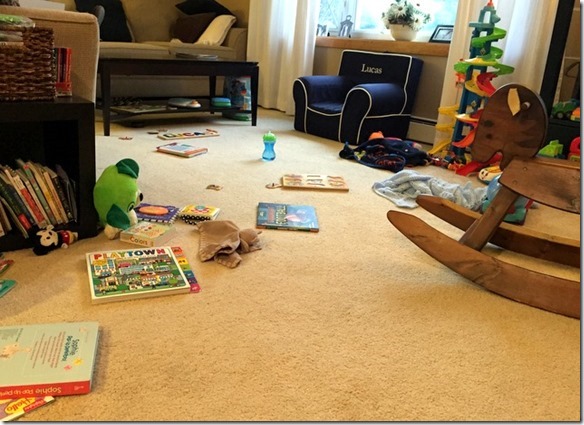 I also did a little food prep in the kitchen, including making some salad bases, putting together lunches for Lucas, prepping some veggies, and cooking up some hard boiled eggs. And, seriously, is this NOT the most annoying task on the planet? 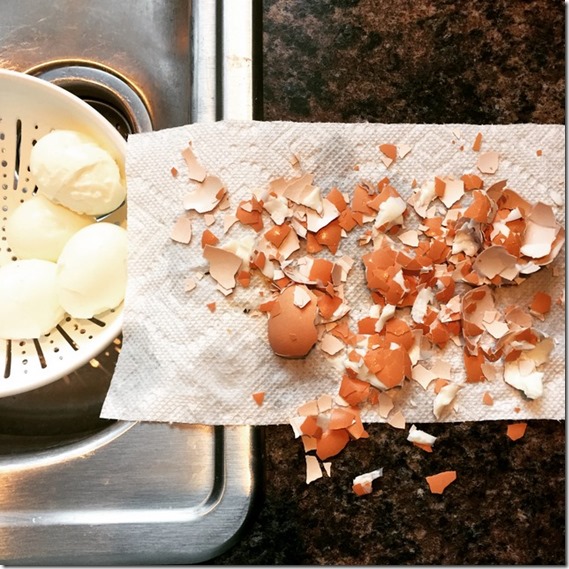 I posted this photo on Instagram, and a couple of people mentioned to try using an egg piercer. I had never heard of such a thing, but now that I’ve found one, I’m feeling like I absolutely need it. Anyone else use one?

On a different note though, I’ve gotta say…I’m totally diggin’ the planning thing lately. So much so, that I even took some of your advice from Friday and roughly planned out my workouts for the week, too. Granted, morning workouts are always dependent on the amount of sleep I get the night before, but assuming that the sleep is fine, here’s what we’ve got… 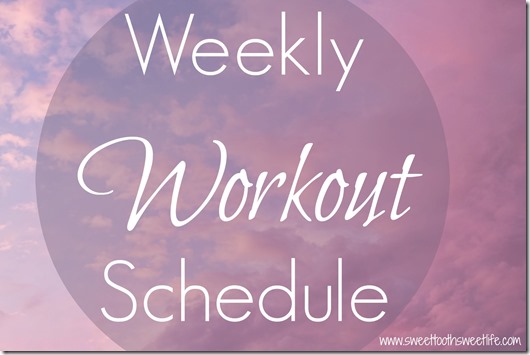 You guys may remember my love for Chris Freytag and her 10lb Slimdown workouts – I just discovered that they’re on YouTube, so definitely check them out if you need something new. She’s fabulous! Her Xtreme workouts are 40 minutes long but the regular ones are only 20 – perfect!

And that’s pretty much it for this weekend, my friends! I’ll catch ya tomorrow with a new recipe, so stay tuned.

How was your weekend? What was the best thing you ate? Best workout?