Did you all have a fantastic weekend? Ours had a little bit of a scare, but thankfully all turned out okay; and better yet, we also had some very exciting news over here! I’ll get to that in a second. But first…our little Cody. 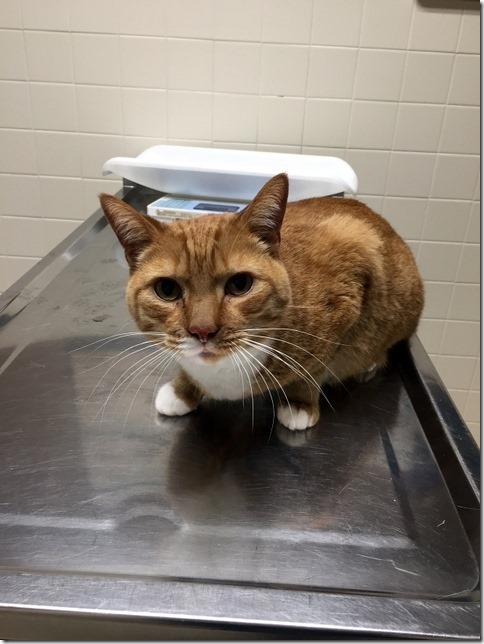 On Friday evening as we were all hanging out in the kitchen getting dinner ready, Jay noticed that Cody just wasn’t really acting like himself. Lucas was doing his usual chasing after him and he’d barely moved. And then he noticed that he was leaking urine, so he decided to check with the vet. Ours was closed, so he called another one nearby, and they advised that we should bring him in ASAP.

Turns out, he had a blockage that had caused his bladder to get incredibly hard and was likely what had been making him sick lately (we thought it was due to our changing his food). The vet told us that had we waited even another day, it’s possible he could have not made it…gahhh. He needed to be kept overnight (through Sunday) and needed a catheter and everything in order to fix the blockage.

On Sunday, we finally got the call that he had done a “big pee” and was ready to go home! 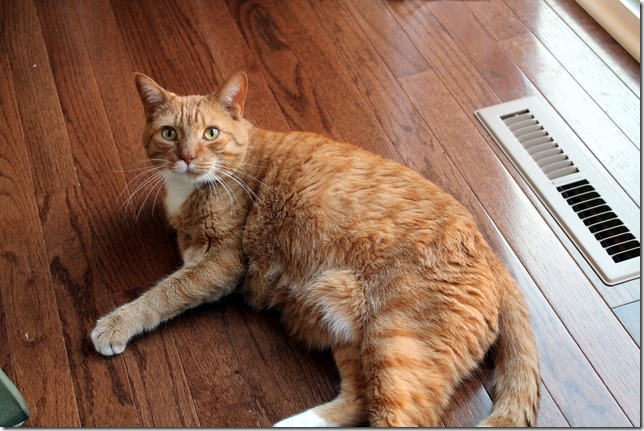 So now, almost $900 later (gulp) and all sorts of new food and medicine, he’s back home with us and we’re just thrilled he’s okay. He certainly gave us a scare though!

As for some other random good stuff from the weekend?

A delicious egg, provolone, and ham sandwich made for me courtesy of Jay on Saturday. 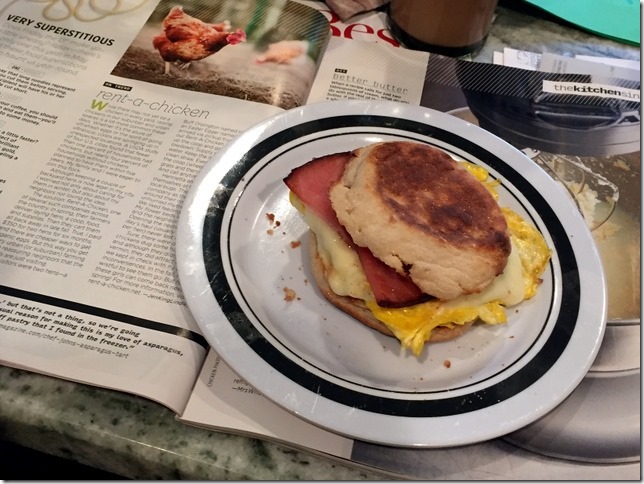 An awesome glass of my non-alcoholic champagne mixed with some seriously yummy watermelon juice. 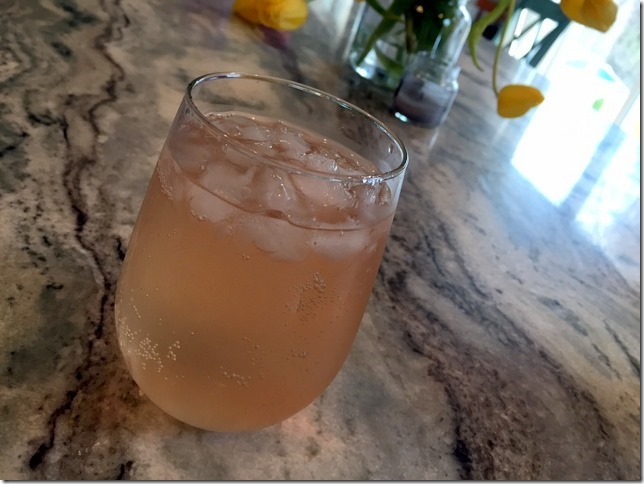 A fun afternoon and dinner with our pals Brian and Mal, who came over on Saturday for a few hours. Brian helped Jay put a new trailer hitch on my car, and Mal and I had some fun inside with the little guy…and then we all enjoyed a delicious dinner of pasta with homemade sauce and meatballs, salad, and garlic bread. 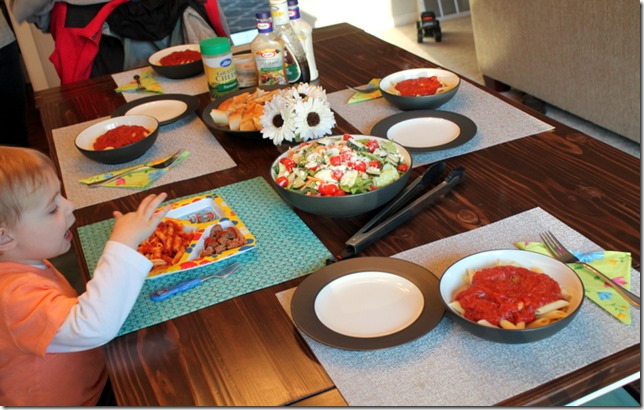 Being able to watch (and not having to go out in the gross SNOW!) Jay and Lucas play outside while I stayed in where it was warm and worked on putting together the crib in the nursery.

Getting a visit from my brother and his girlfriend, Carissa…and their new puppy, Leroy! 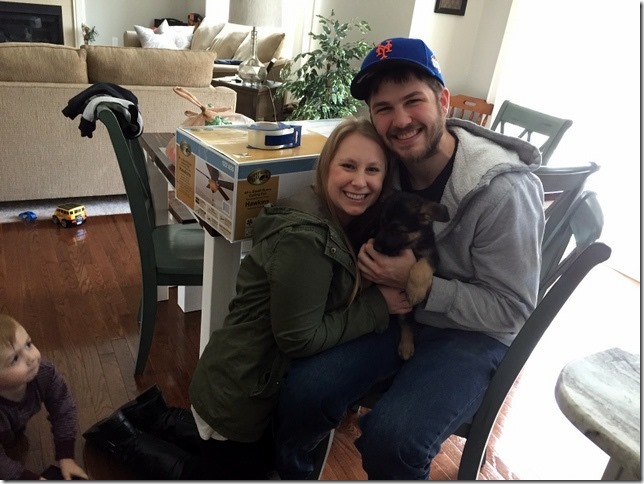 Is he not adorable or what?!

Finally fulfilling a craving for a huuuuuge cinnamon roll after seeing Kristin post about them last week. I couldn’t get them off my brain…so when I found a pack of two in the bakery while grocery shopping on Sunday, I knew they had to be mine. Even though they weren’t homemade, they still did the trick. 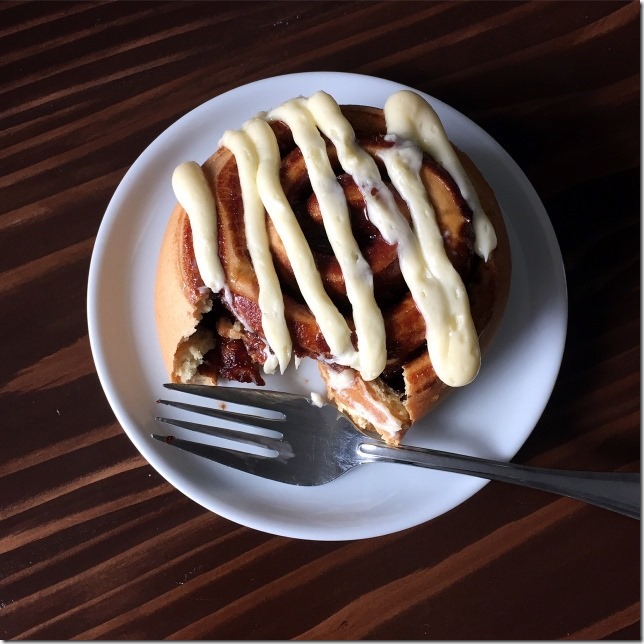 Now…as for the exciting news?!?

After over 4 months of sleeping on the floor (or in the chair…this is one of my favorite posts for a good laugh!), Lucas is FINALLY sleeping in a bed! A new big boy bed!!

We went out together on Saturday morning to get his new mattress set, and he was SO excited about his “big boy bed.” I thought for sure once we got it home he’d lose his interest, but he was getting so excited while we put it all together in his room. 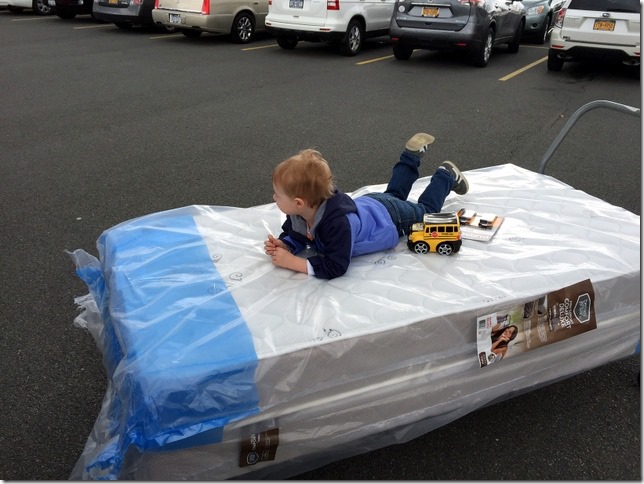 Then once he saw the construction vehicles all over it, you’d have thought it was Christmas. The kid was over the moon! 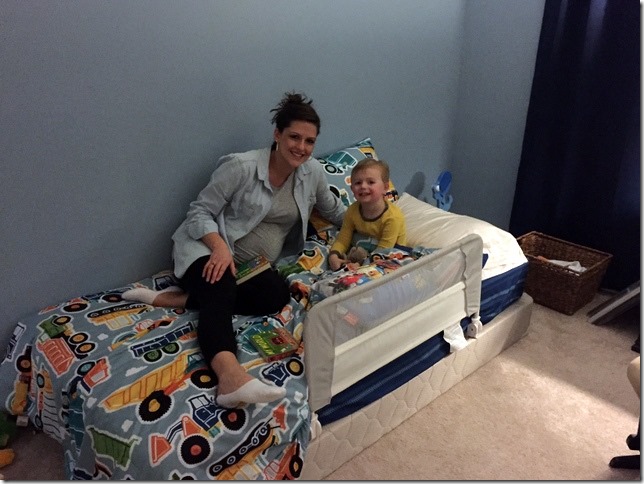 FYI: The bedding set is from Target but it appears that it is no longer available. This set is very similar, though!

And better yet? He’s slept great in it ever since. 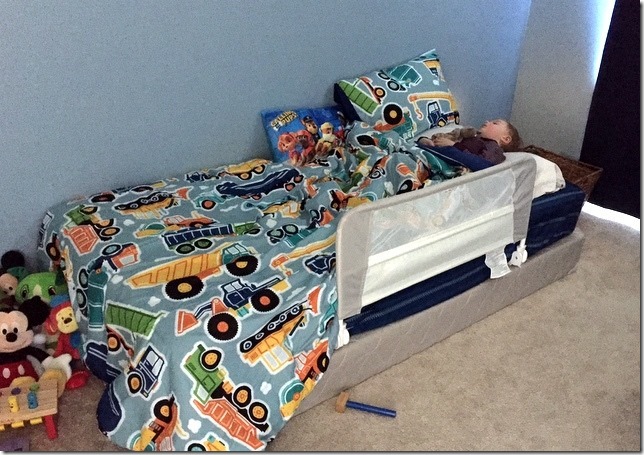 Hoorayyyyy for no more floor sleeping and for finally being in a bed!

We have a bed frame/headboard that we’ll likely put on soon, but we figured we’d wait and see how he adjusted first by just leaving it on the floor. I just can’t even begin to tell you how excited this makes me. <3

And there’s another great weekend in the books! It went by way too fast, of course, but such is life, right?

Here’s hoping for a great week ahead for all of us! How was the weekend for you? Anything fun or exciting??