A fun girls’ dinner out is always a great way to kick off a weekend, isn’t it?! 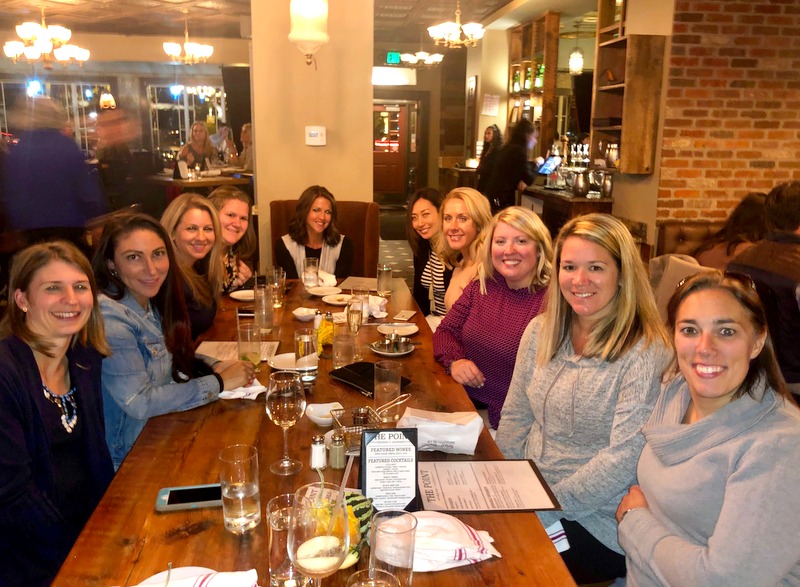 Our neighborhood crew (which is growing!) was able to coordinate a night out this past Friday, and we all met up for dinner and drinks at The Point. This was the only picture I had from the evening, but it was a solid few hours of good food, drinks, and plenty of laughs.

The only downside of the evening? I ordered the same delicious drink that I had the last time Jay and I were at The Point, but it left me going to bed that night with more congestion and a painful head/face ache (the drink contained prosecco). I woke up the next morning 100x better than when I went to bed, but I am just SO mad that this is even an issue! I mean, what. the. heck.?!?

Saturday was a beautiful one, filled once again with lots of soccer! 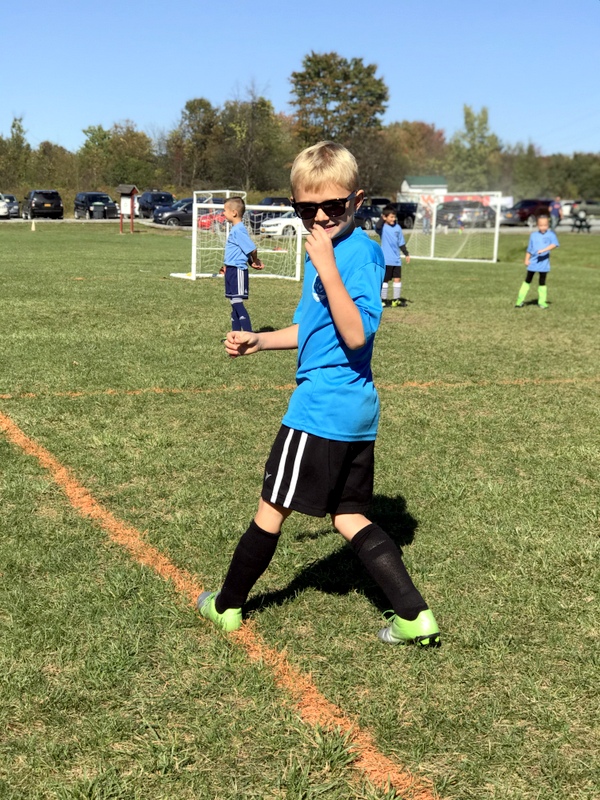 After Alex’s game in the morning, my parents took both of the boys to Home Depot for their monthly kids workshop and some lunch, which left Jay and I with a few good kid-free hours. Say whaaaat?!

Jay took advantage of his time by mowing the lawn, while I spent some time in the kitchen making some apple crisp with the apples we picked last weekend. 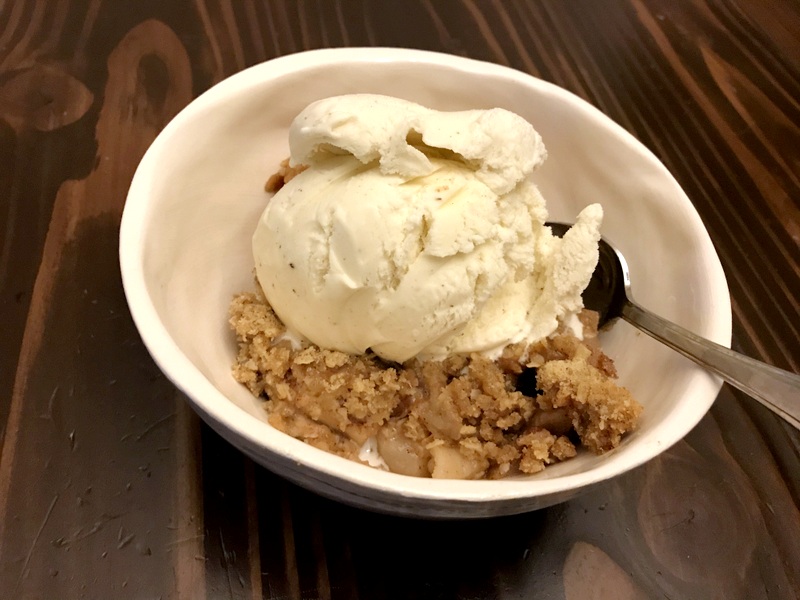 I did a slightly different version of my usual recipe, which included a little extra brown sugar topping.

Actually, a lot more. Which is not a bad thing, by any means.

By the time we got home from soccer on Saturday, some of the neighbors were already out playing, which eventually led to the kids playing in their cars while some of the adults congregated into our driveway and we enjoyed a couple drinks, including this new-to-me sour ale which was AWESOME. 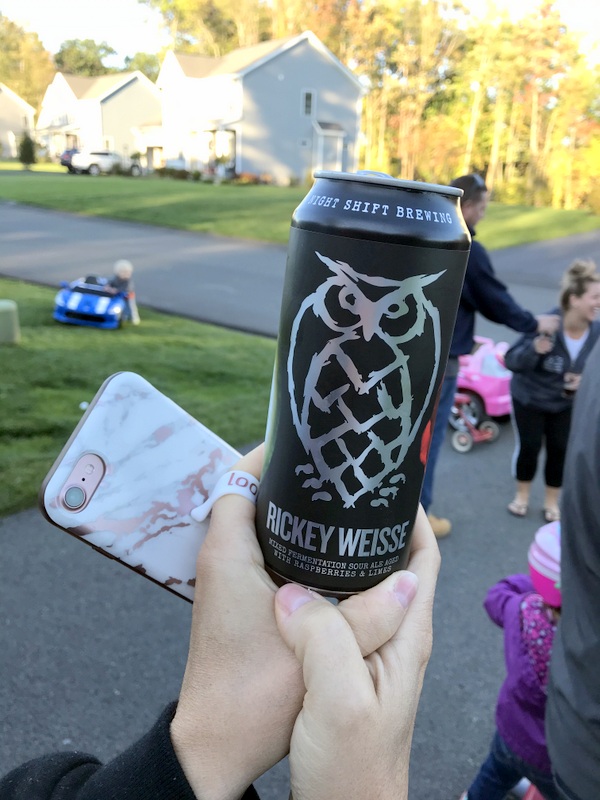 Clearly there were plenty of laughs too, as evidenced by Tal up there. ; )

Later on Sunday morning, Jay and I brought the boys out for some brunch, since Lucas has been begging to go for weeks now. I mean, can’t blame the kids. Brunch is the best. 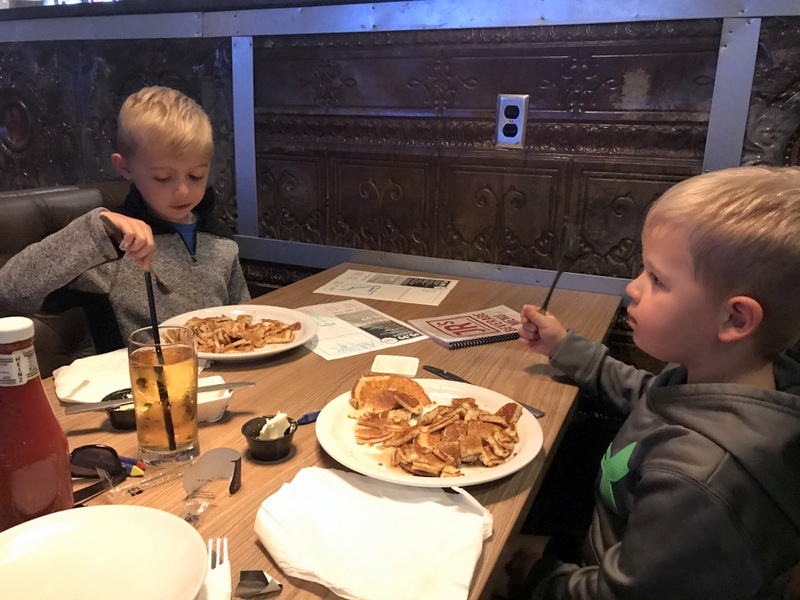 And because it’s always a tough decision between sweet and savory at brunch, I made it easy on myself and just ordered both. 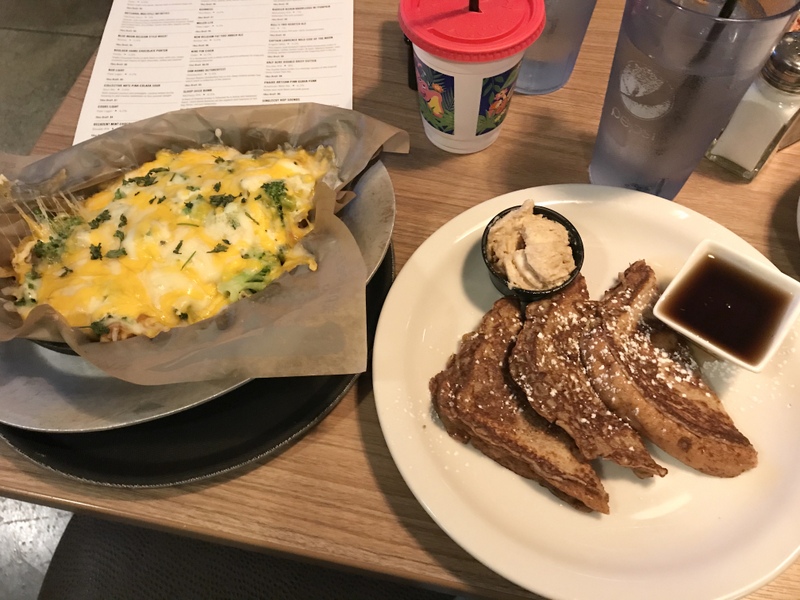 On the left was a broccoli cheddar scramble with egg whites and caramelized onions over hash brown potatoes, and it was incredible. On the right was a “side” of french toast, which was everything I was craving. Perfection.

And then a little later on Sunday, the boys and I had some fun baking up some “mystery” treats! 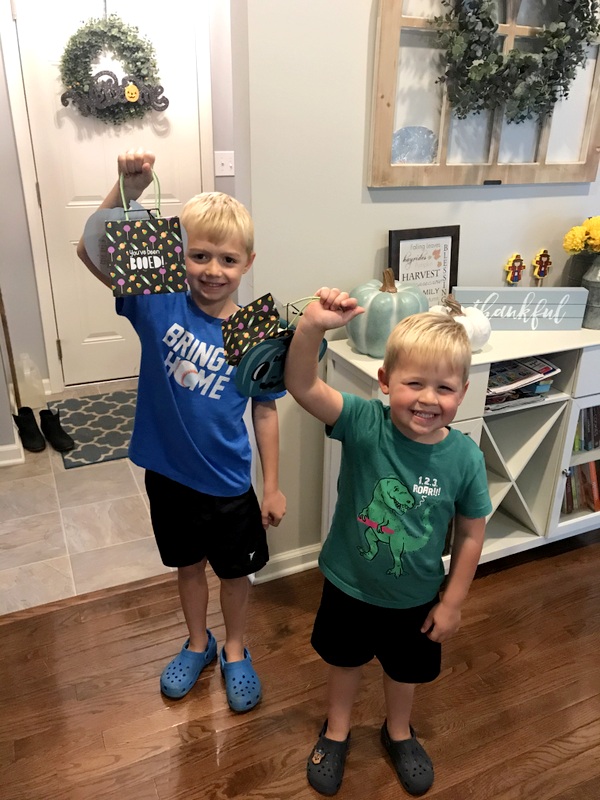 I found the perfect little “You’ve Been Booed” kit in the dollar bins at Target a couple of weeks ago, and the boys had been waiting to put them into action ever since I showed them.

They both helped me bake up a batch of chocolate chip cake cookies, which also included some festive, Halloween sprinkles (also from Target). And then once they were cooled, we bagged ’em up and added our notes. 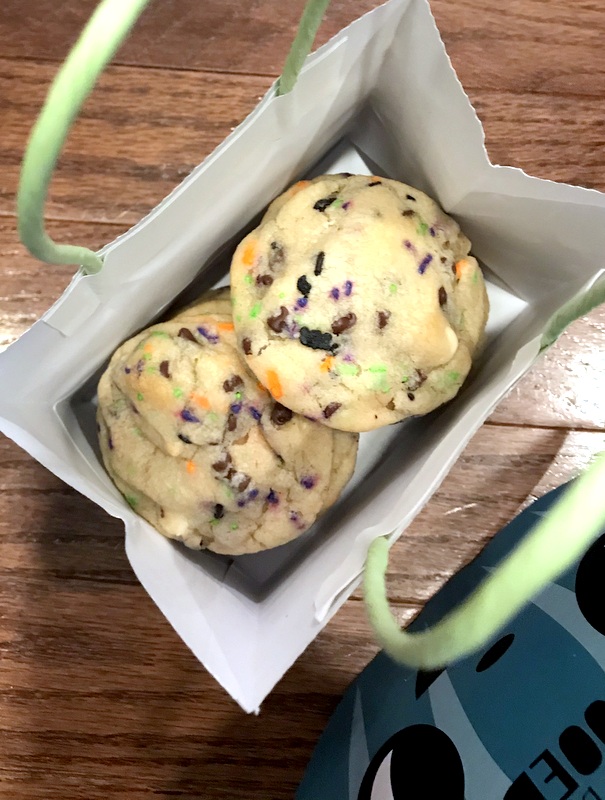 Lucas was SO excited to make it a mystery! 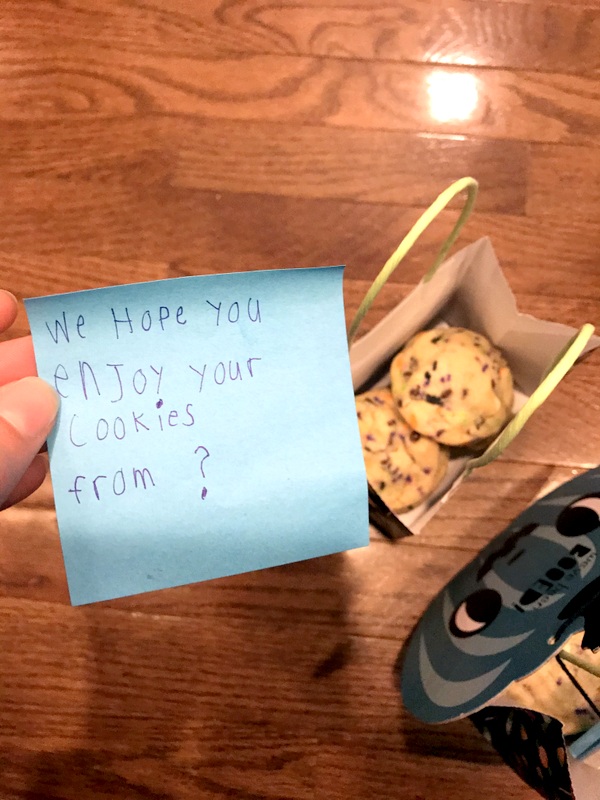 From there, we went and delivered them to a couple of our neighbors who we saw were home, and then we ran back to the house and waited for them to find their goodies. 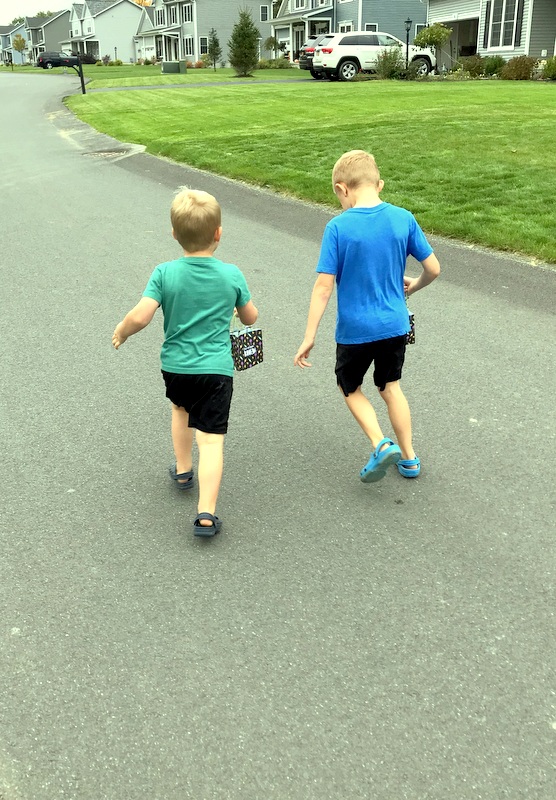 It was such a fun, cute little activity, especially since the weather had us indoors for most of Sunday. They can’t wait to see who will get “booed” next!

Hope all of you had a great weekend, too!