This afternoon, I was totally ahead of the game and took care of putting together tonight’s dinner. 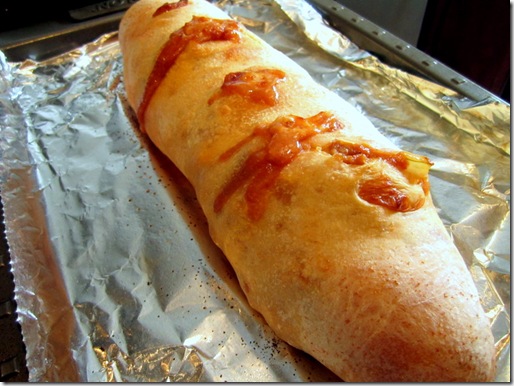 Ohhhh yes. We’ll get to that in a second.

So because I was already ahead of the game with dinner, this meant that, rather then spend the evening in the kitchen, I was free to spend some QT out on the back porch with hubby…and my margarita. 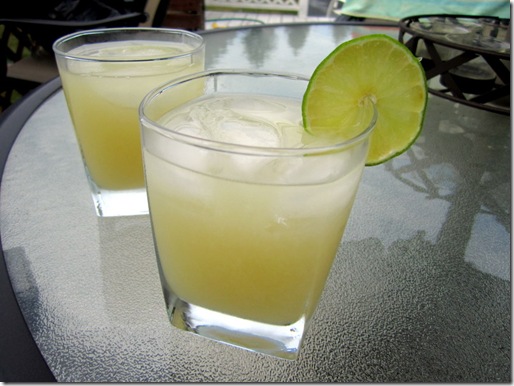 Remember the Sinless Margaritas that me and the girls enjoyed back on Cinco de Mayo? Well, the mix has been sitting in my fridge ever since, so I figured tonight would be as good a night as any to break it out and make a couple drinks for the two of us. They’re really pretty good…and umm, don’t take long to feel the effects either.

Growing up, one of my absolute favorite “snack” foods that my mom made was garbage bread. Granted, although I really do not like pepperoni, she eventually ventured into trying different variations which all turned out great and regularly make an appearance at parties and other gatherings (if it is pepperoni, I usually pick out 99% of it).

Well for the past few days, I’ve had a pack of ground chicken and a pizza dough in my fridge that needed to be used. It is *very difficult* for me to convince hubby to eat any sort of ground meat that isn’t beef…he just isn’t a huge fan. So I knew that if I was going to be able to get him to eat the ground chicken, it’d have to be good…and smothered in bbq sauce!

So first, I started out by rolling the dough (which was a small victory in and of itself, and I only wish that someone was here to take a picture of me throwing the dough up in the air as if I were a professional pizza maker) and topped it with some minced garlic and sautéed onions. 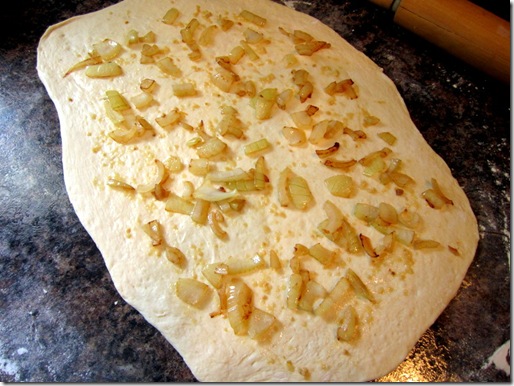 Next, I added the ground chicken, which I simply cooked over the stove with a little salt and pepper and covered in bbq sauce (~1/3 cup?). 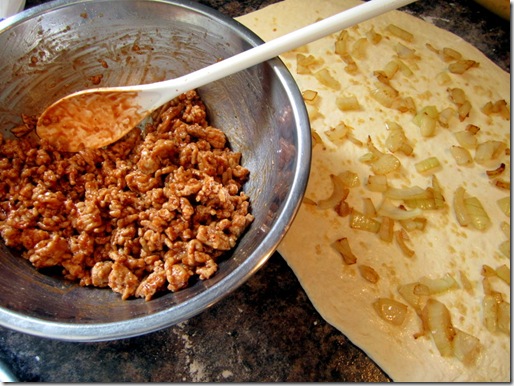 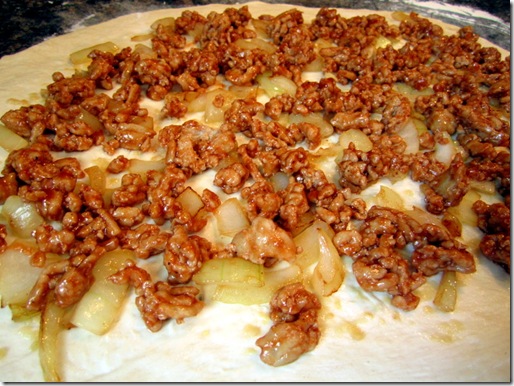 Next was the good stuff…the cheeeeese. 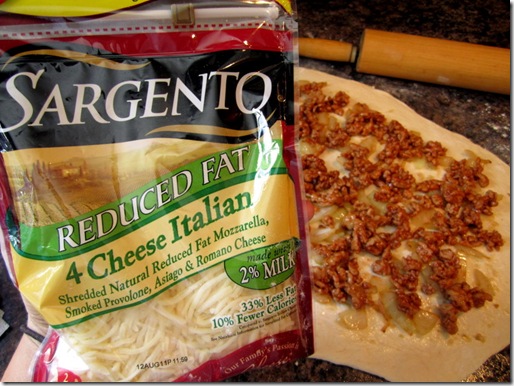 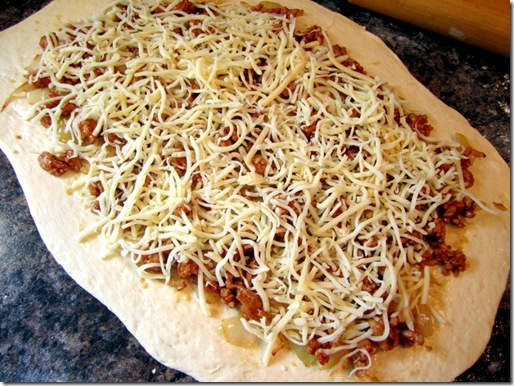 After another small drizzle of bbq sauce, it was time to start rolling. I roll my garbage breads like a jellyroll, since that’s what I’ve always seen my mom do. One very important note to mention is to be sure you continue to pinch the sides. You don’t want all of your handy work oozing out all over the place! 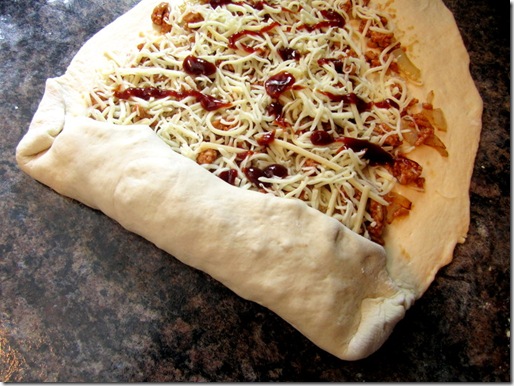 Once it’s all rolled up, pinch the seams a bit more, place it on a baking sheet lined with foil and sprayed with non-stick cooking spray. 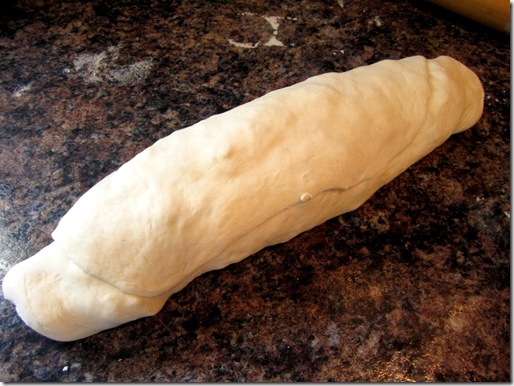 Then, cut a few small slits along the top; this helps prevent your bread from exploding. 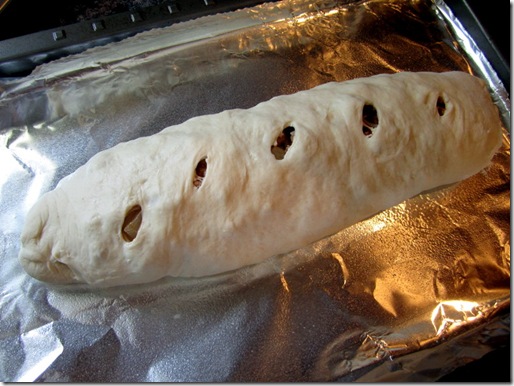 I bake my bread in a 350 degree oven for about 30-35 minutes until it just starts to get golden brown. Then, once I’ve allowed it to cool for about 5-10 minutes, it’s time to slice ‘er open. 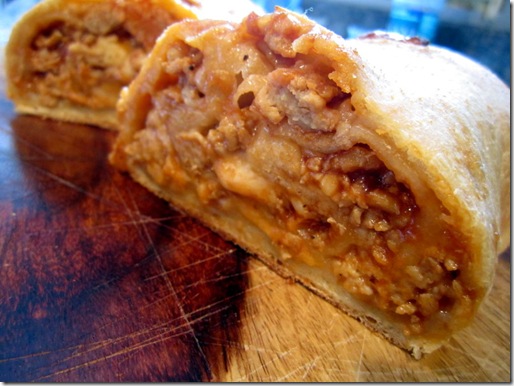 For dinner, I enjoyed inhaled three delicious pieces, both from the middle (where all the goods are) 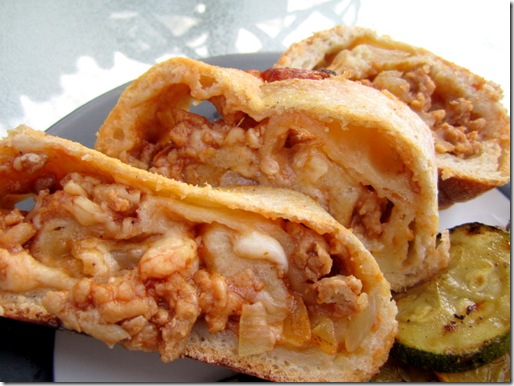 and from the edge (because I really like the pieces that are almost all bread, too) 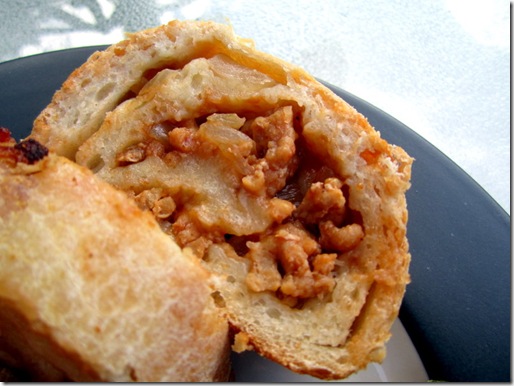 And even though I could’ve easily made a meal out of the garbage bread alone, I paired it with some sautéed zucchini and yellow squash, which I cooked up quickly with a little salt, pepper, and balsamic vinaigrette dressing. 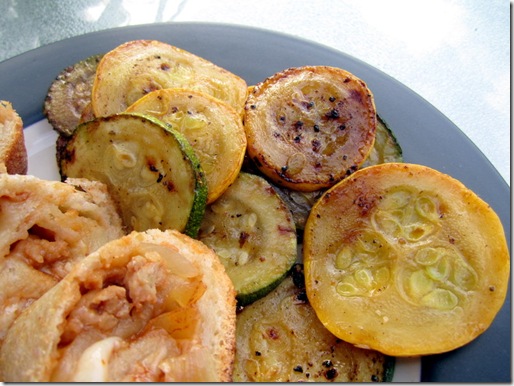 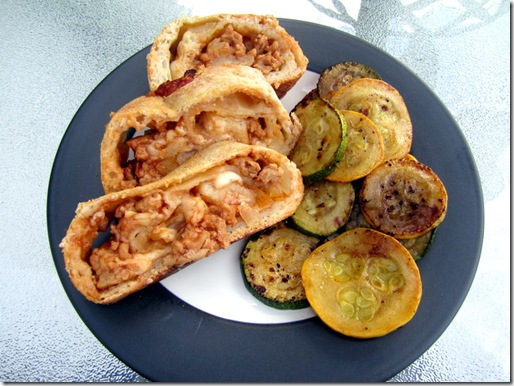 (PLUS, hubby even ate the ground chicken AND enjoyed it, so it was definitely a #winning dinner!)

Now I’m off to go hang out on the couch snack on the edges of the bread for the night.

What would be your ideal add-ins for your own garbage bread?