Wow, talk about lucking out with some absolutely beautiful weather this past weekend. Sunday was over 80 degrees and sunny, which is not something we see too often around here for Easter! 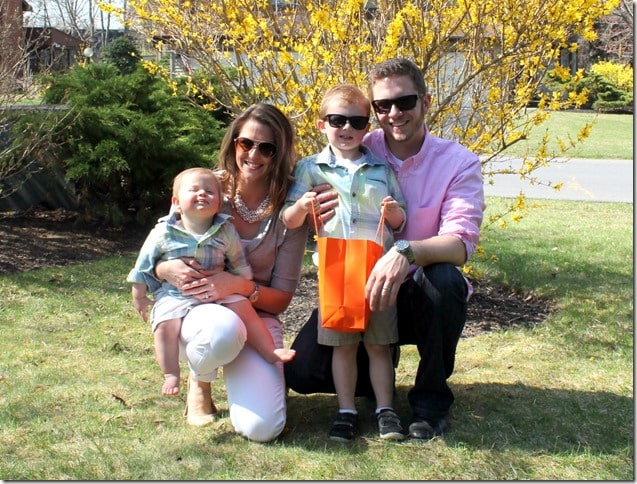 Poor Alex, just won’t keep his shades on like big bro just yet. ; )

So minus the fact that I became blindsided with some sort of cold/allergy attack about mid-way through the day, Easter ended up being totally awesome. Once the boys were asleep on Friday night, I got to work on filling their baskets and stuffing/hiding Easter eggs. 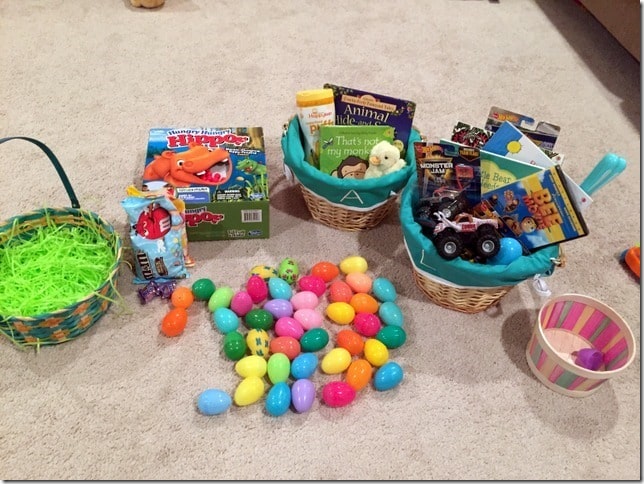 Even though we’ve been hiding eggs throughout the living room for about a month now, Lucas was still so excited on Easter morning (and ended up finding all 43 eggs in a matter of about 15 minutes…go figure!). Alex just liked trying to steal whatever eggs Lucas was after. 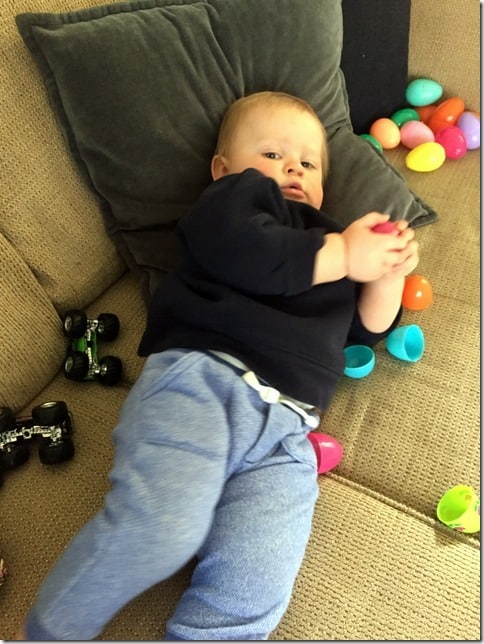 Both boys were up pretty early on Sunday so we got an early start to our day, meaning that we were actually on time for once in our lives (seriously…) for the annual Easter egg hunt at Jay’s aunt’s house. 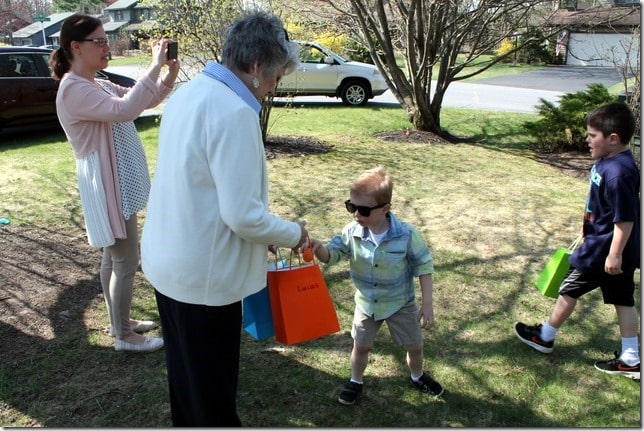 All of the kids had a blast running around outside and finding their eggs, and since Alex is the only one that’s not totally mobile right now amongst the cousins, he hung out with mama (not that that’s anywhere out of the norm…#mamasboy). 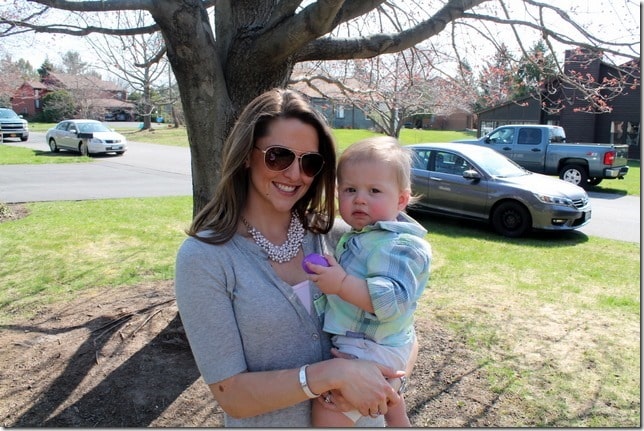 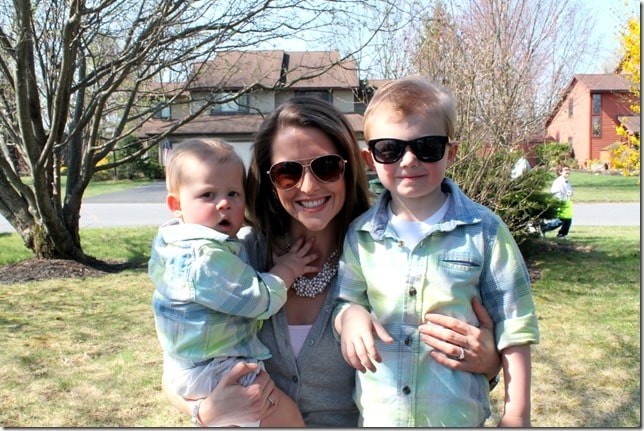 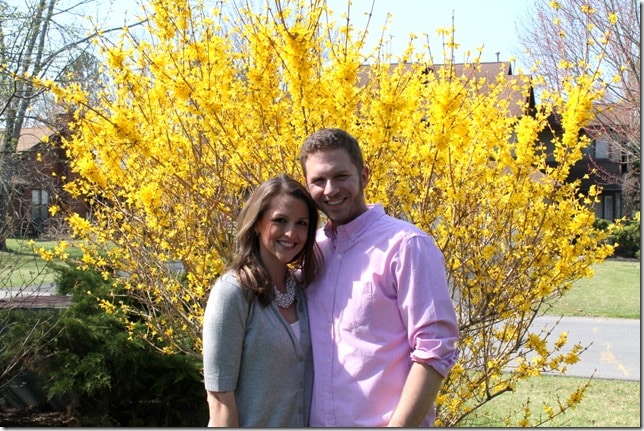 Once all of the eggs were found, the kiddos enjoyed some more time running around outside while the adults hung out and chatted (as much as you can while supervising the little ones!). 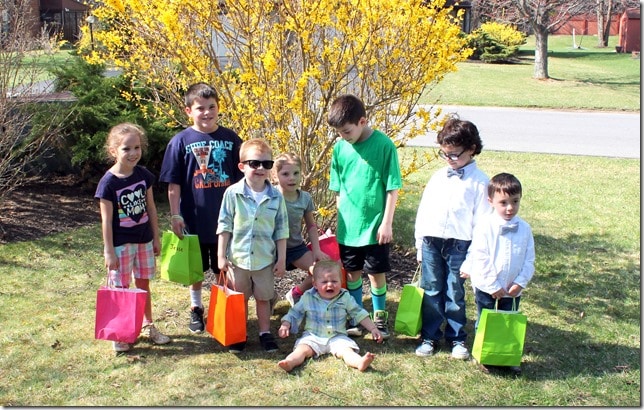 Poor Alex…he’s having a rough few days right now with teething and is usually most happy when he’s with his mama. He’s cut about two teeth in the past two days, and it looks like there are about maybe three more that are on their way, just under the surface. On top of that, he’s got either a cold OR just a runny nose/cough from the teething. 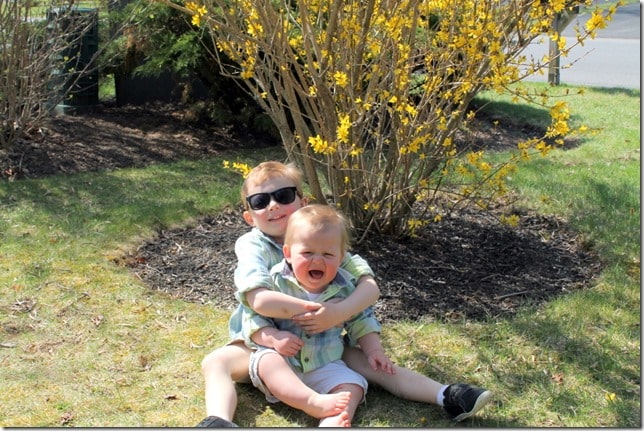 I wanted so badly to get a nice, “frameable” picture of the two of them in their matching shirts but, alas, this will have to do. ; )

After the egg hunt, everyone headed back inside for a delicious Easter brunch. 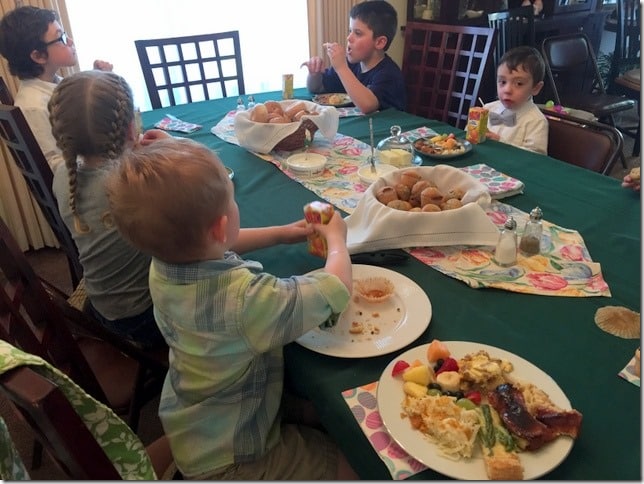 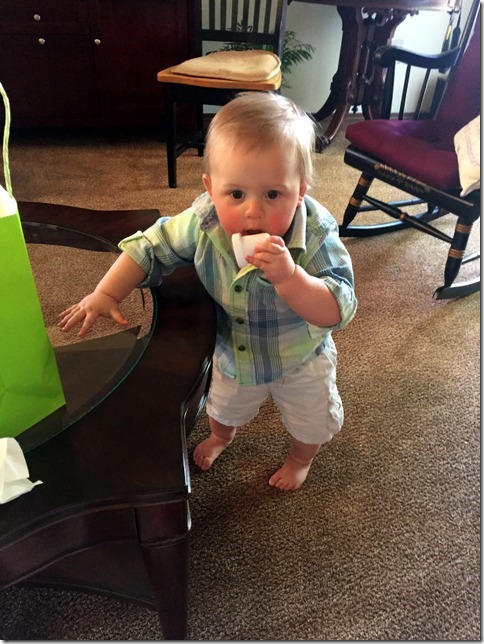 And after brunch, we enjoyed a nice little walk around the neighborhood before saying our goodbyes and heading back home. 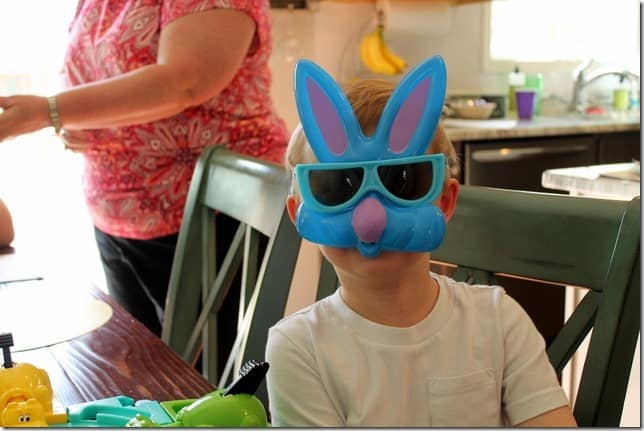 A little later in the afternoon, our families came over to join us for some more Easter fun and a simple yet delicious dinner. 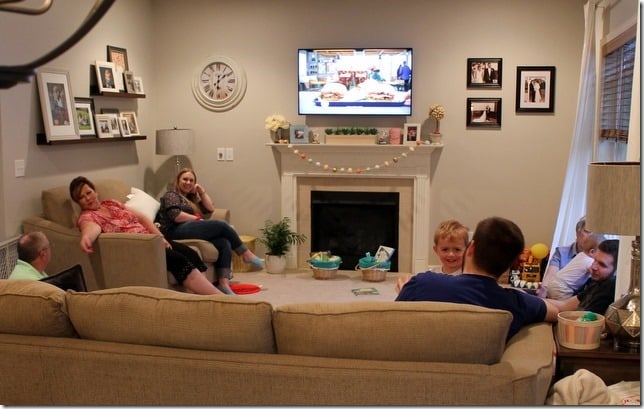 Since it was going to be so nice, I decided to skip the whole baked ham/full dinner thing and just go with some chicken on the grill. We’re not too fancy over here. 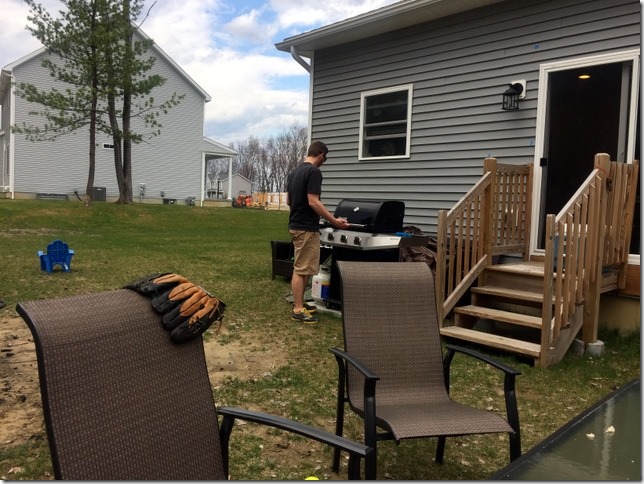 Along with the chicken, we had roasted asparagus, my mom made her amazing homemade scalloped potatoes (I don’t know if she has a recipe…pretty sure she just “does it”), and my mother-in-law made a delicious macaroni salad. 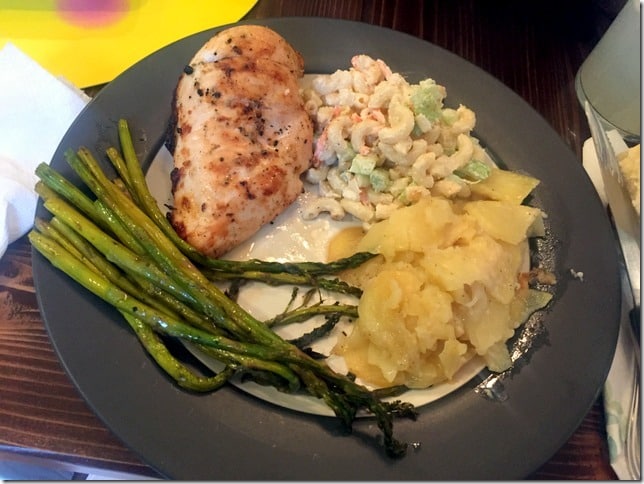 Of course, you can’t forget about dessert…and I was SO EXCITED about it. 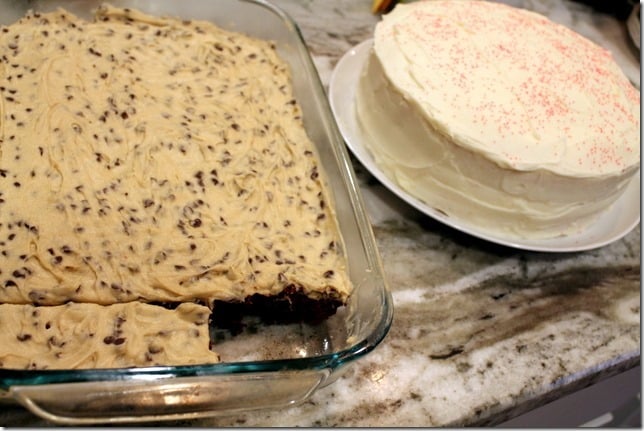 I made a batch of brownies with cookie dough frosting (OMG) and I was really in the mood to bake a cake so I wound up making this Lemonade Cake with Lemon Cream Cheese Frosting. 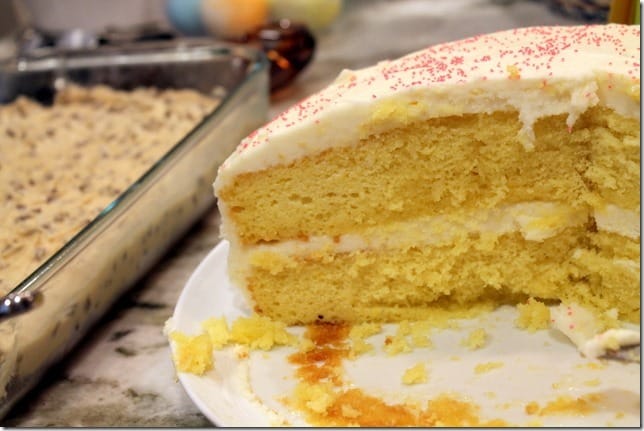 Oh. Myyyyyyy. Goodness. If you like lemonade, or cake, or basically anything, you will love this cake. It was sooooo good! And now I just want to bake cakes every week.

By the time dinner rolled around, I was pretty much done for. My nose was running nonstop and I was just completely wiped. Once the boys were in bed, I called it quits myself and wound up asleep before 9pm. I woke up today feeling 100 times better so I have no idea what was going on…maybe just my body’s way of telling me I needed some sleep?

Either way, it really was a lovely Easter. I hope everyone else had a wonderful weekend, too!