Such a busy and FUN weekend…where do I begin?!

I woke up on Saturday morning with a craving for coffee cake after seeing it on some cooking show, or Tasty video, or something like that the night before…so I made it happen. 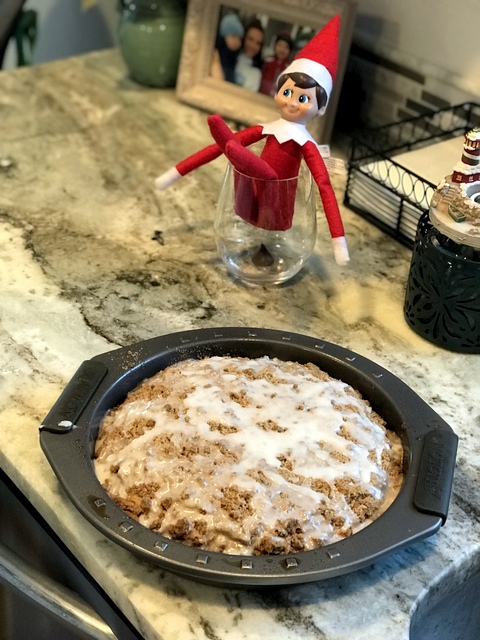 It was delicious (I found and used this simple recipe) and we’ve been enjoying it for the past few days now.

P.S., if you couldn’t already tell from above, Franklin our elf has been up to no good lately! ; ) 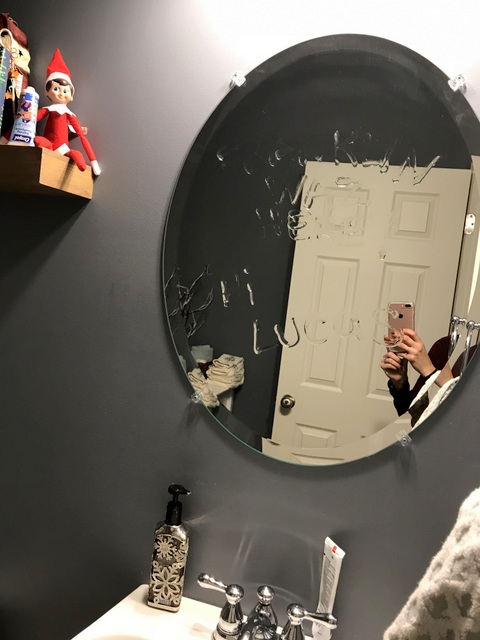 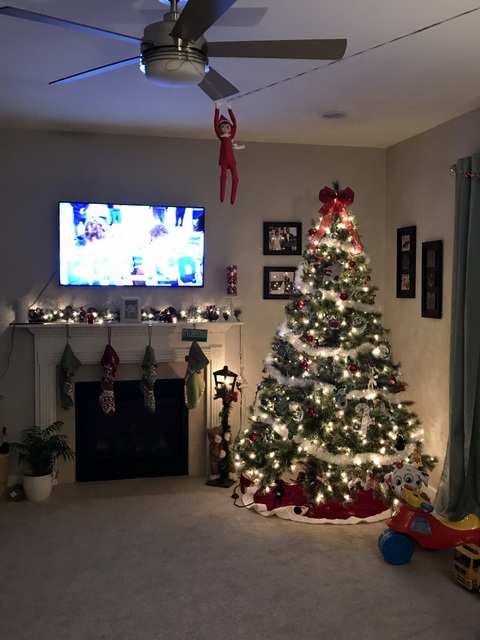 Saturday was our busiest day of the weekend, thanks to two parties on the agenda. First up was my brother’s (surprise!) 30th birthday party. He and my dad were actually bowling in a tournament earlier in the day, so my mom and his girlfriend were able to arrange for a surprise party in the back of the alley bar. 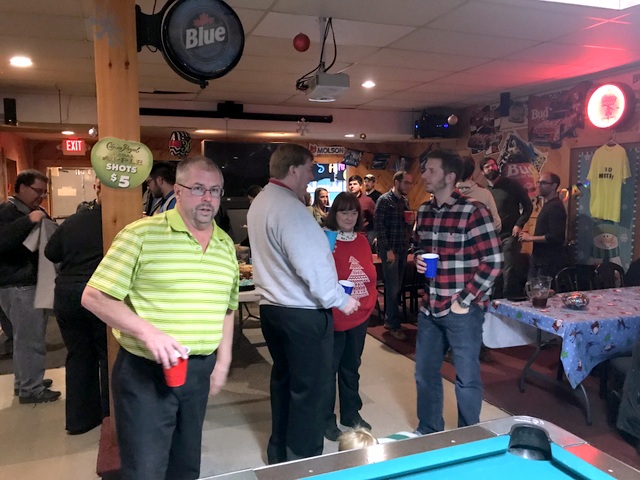 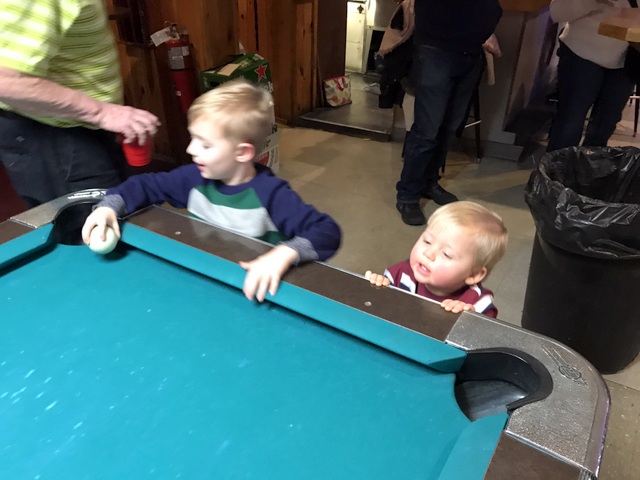 They had an awesome spread of snacks, a great turnout, and my brother was actually surprised! On top of that, he and my dad actually wound up doing pretty well in their tournament, so they ended up having to bowl a bit longer than expected.

Lucas and Alex wanted SO badly to be up there on the lanes! 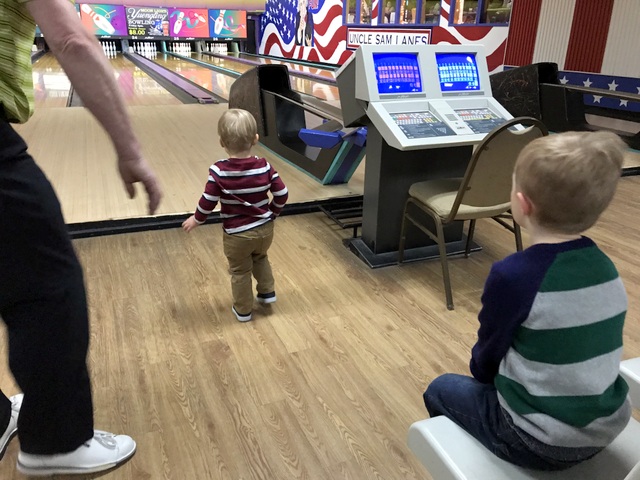 But overall, it was a great party! 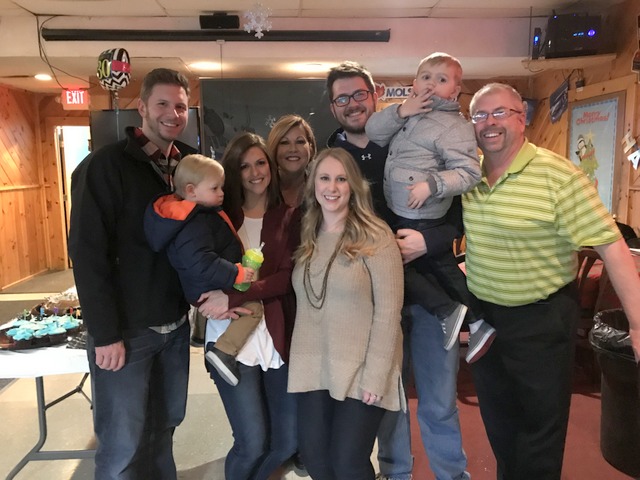 Unfortunately, we had to split from that party shortly after they actually finished bowling so we could head over to the Christmas party at the boys’ daycare. 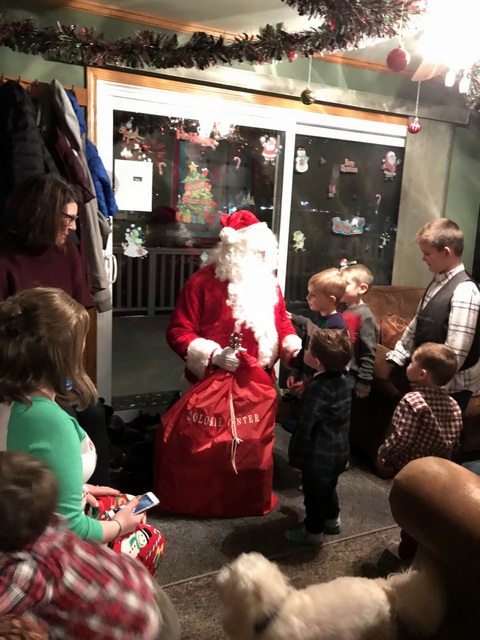 This was our second encounter with Santa of the season, and dare I say, I think Lucas might actually be warming up to the big guy?! 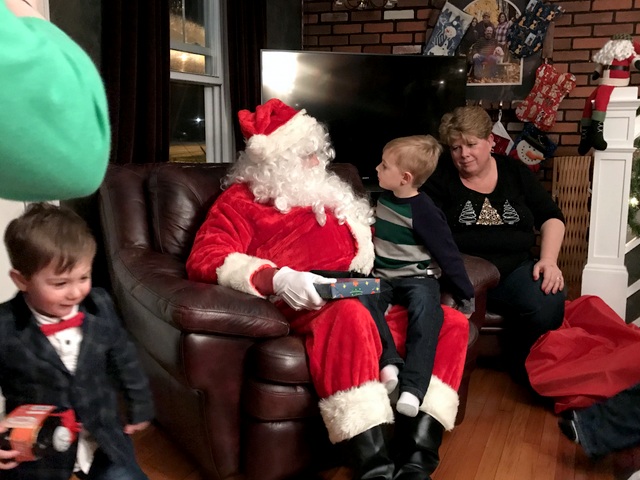 Alex, not so much… 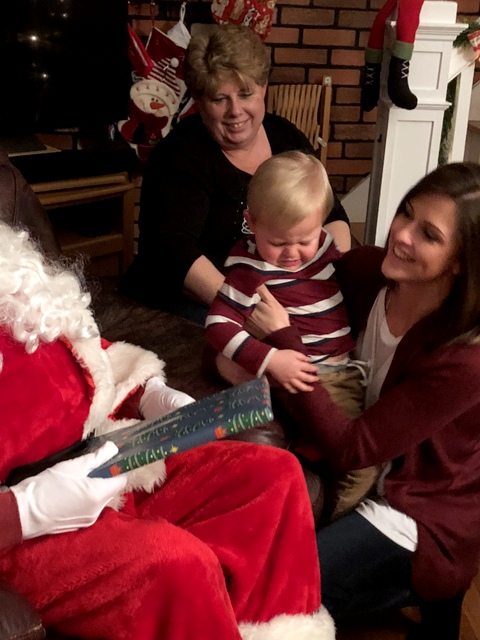 But Lucas was SO interested in him, and was even more surprised when Santa actually knew some facts about him (their babysitter asks us beforehand to send a few facts about the kids and “Santa” memorizes them beforehand…so cute, right?!). 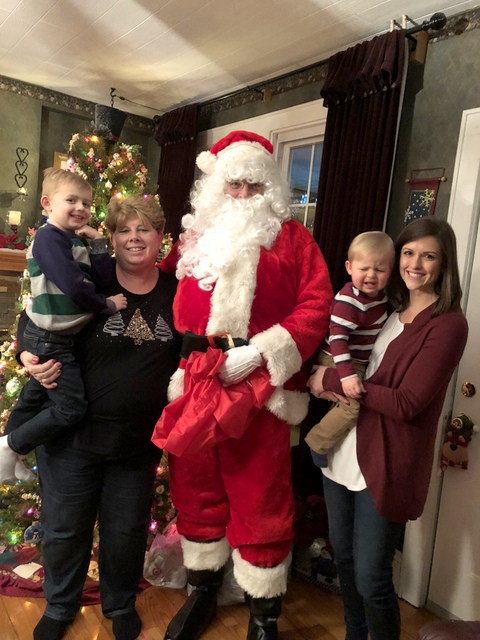 It was a lot of fun, but we had to make somewhat of a quick exit thanks to two sleepy boys who were on the verge of meltdown city by the time all was said and done.

Sunday was a busy day at home, especially in the kitchen! I signed up to bake some cookies for Lucas’s preschool play on Monday, so I got them taken care of… 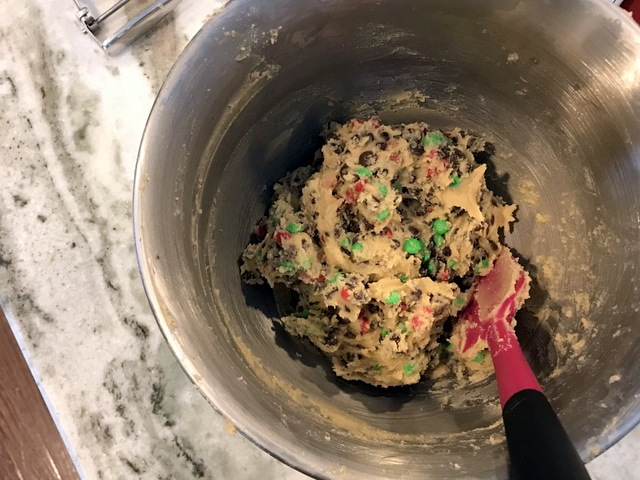 Then we were also hosting my family for dinner + cake for my dad’s birthday, so Lucas and I worked hard all morning baking Papa’s cake, too. 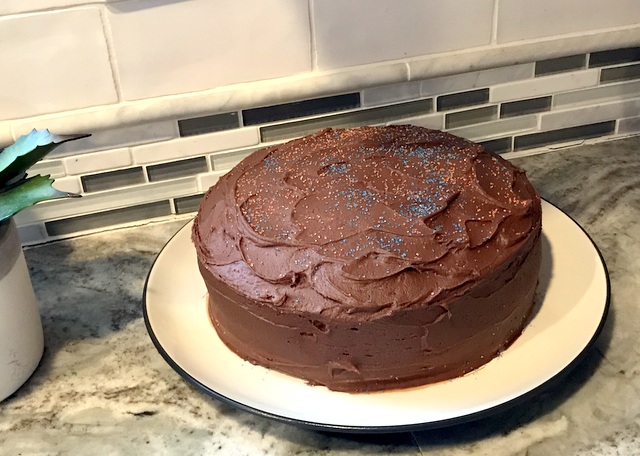 Papa’s (aka, Lucas’s) request was for yellow cake with chocolate frosting. You got it, buddy!

Before family arrived on Sunday, Jay ended up breaking out our old Wii gaming system, and he and Lucas had a blast playing Wii bowling. I have yet to get my hands back on it since it’s been out again, but I’m ready to take Jay on for a little friendly competition this week! ; ) 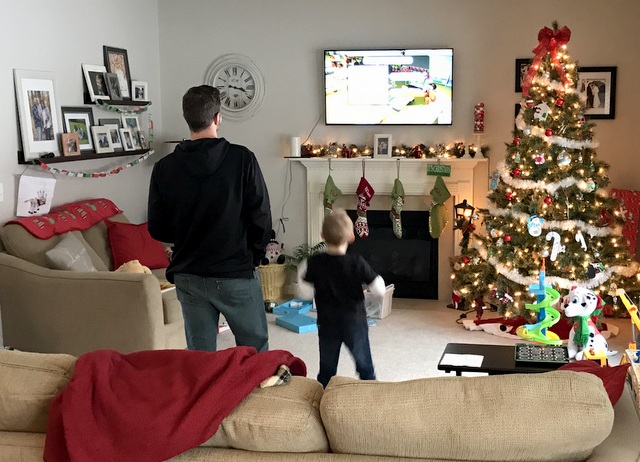 As for the rest of Sunday, my parents, brother, and his girlfriend all arrived by evening, and we enjoyed a yummy dinner and birthday cake to celebrate Papa. 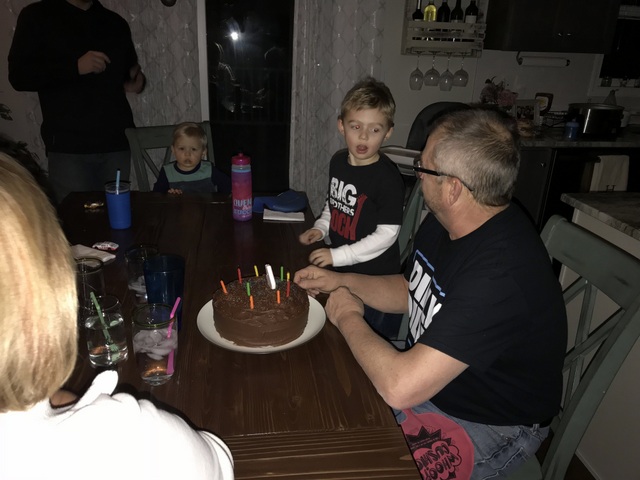 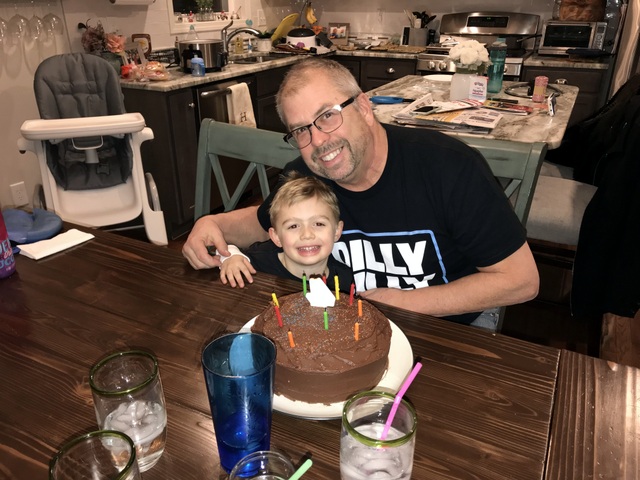 And that was our weekend, in a nutshell!

Thanks to everyone who entered – our lucky winner is…Catherine Vest!

Congrats, Catherine! Shoot me an email to claim your prize!!

Wishing everyone a fabulous week ahead! <3