I know I mentioned my obsession with the blog once before, but both of the projects we did came courtesy of the blog Shanty 2 Chic.

The first project we did was their DIY Shelf with Hooks <—check out the original post for all step by step instructions! 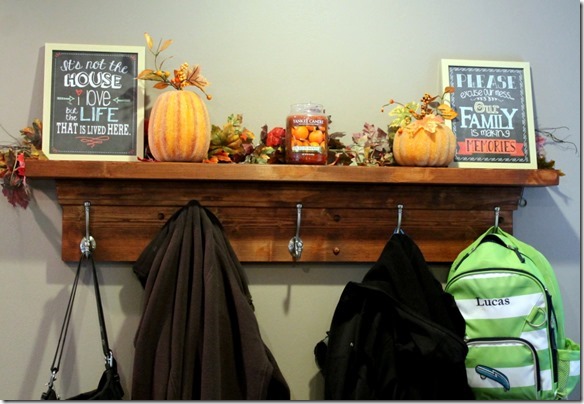 As you can tell from the wall BEFORE, it was definitely in need of a little updating… 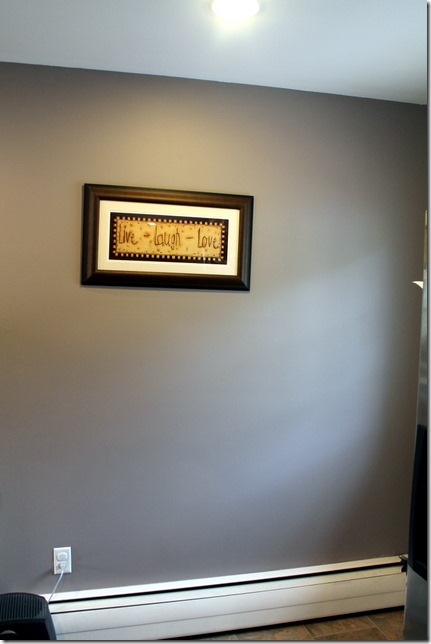 Jay and I had a lot of fun going out and picking up the supplies that we’d need, and had even more fun putting it all together. 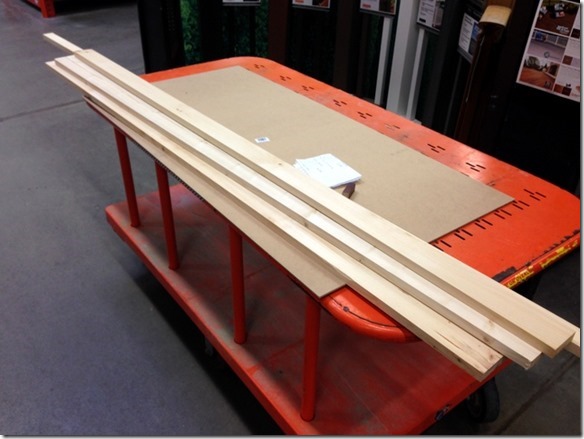 When I originally told Jay I wanted to tackle these projects, I really thought I was going to be able to do them on my own. HA! No, definitely not. Granted, I’m not saying YOU can’t, but I am just not that savvy with a table saw, or band saw, or whatever the heck they’re called. 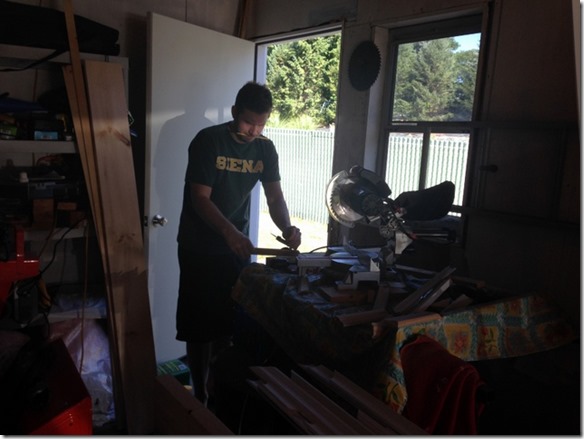 I did, however, learn how to work a nail gun like a champ! 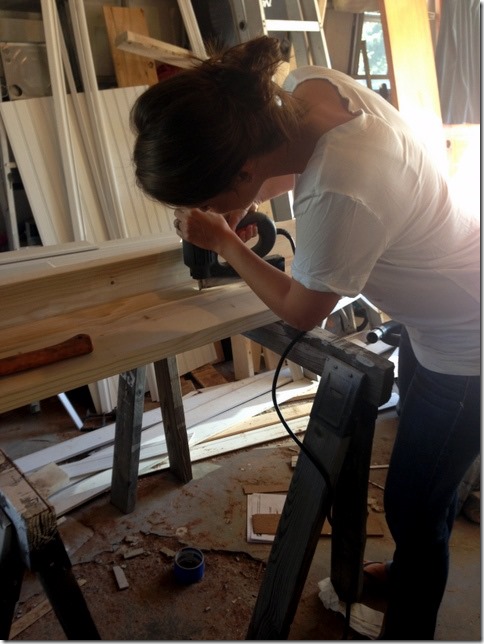 Although, do as I say and not as I do, and be sure to wear protective eye wear (preferably, cute and girly pink ones). I was a dummy and did not.

So back to the project…we basically just followed the directions on the DIY Shelf with Hooks post to a T, with a few minor adjustments. So okay, maybe not to a T. 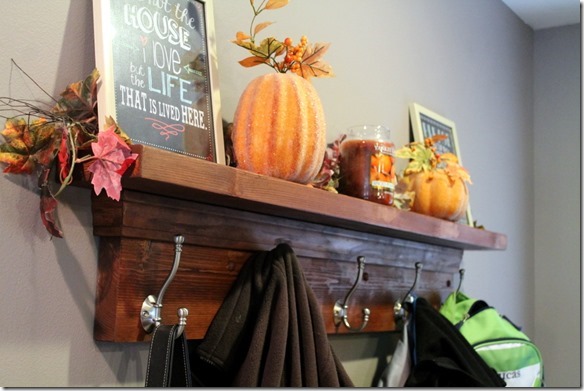 The main difference was our choice of wood stain. While we loved the look of the white, we thought it’d look nice to try and find a stain that somewhat matched our cabinets. We ended up finding this Minwax Wood Finish in Red Chestnut, and we were absolutely thrilled with the results. 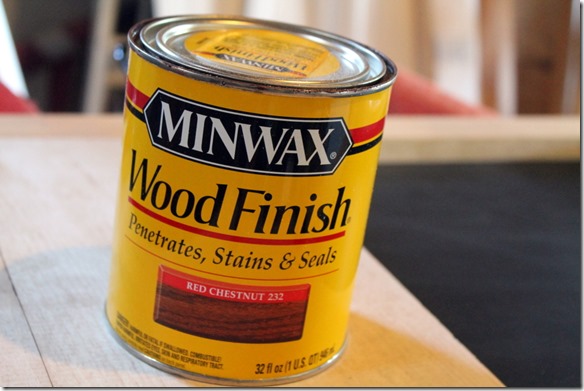 To mount the shelf, we had to use some pretty big screws and we didn’t really want the look of them to show on the front of the board. So Jay ended up using a larger size drill bit to somewhat hollow out over the screws and we covered them up with these button plugs. 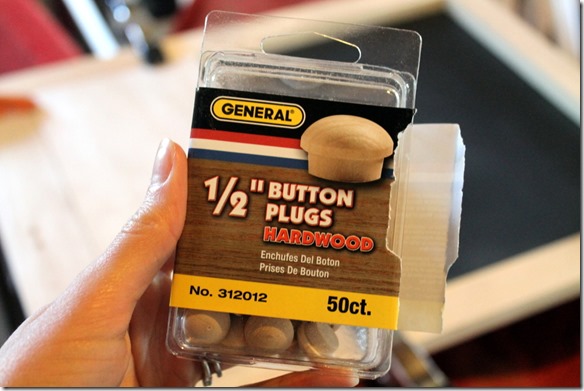 You can see them in the photo below, but they blend in really well. This wasn’t in the original plans, but I’d totally recommend it. 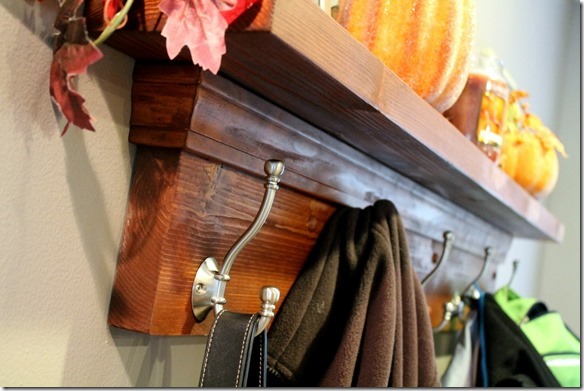 We also ended up going with brushed nickel hooks to match the rest of the hardware in our kitchen, which we found at Hobby Lobby (a very, very dangerous store!).

The second project we attempted was the Chalkboard with Key Hooks <—check out the original post for all step by step instructions! 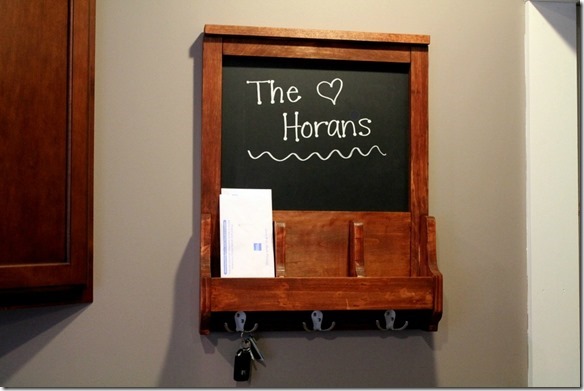 Jay wound up doing the majority of this project just due to logistics (tough for both of us to work on when the babe is awake!) but he did an amazing job. 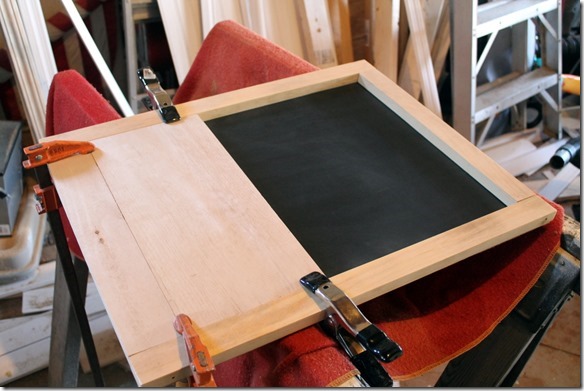 Again, we followed the original post as outlined, but one thing we did notice and had to improvise a bit with was that one of the templates (Template B) they give you is a bit off. 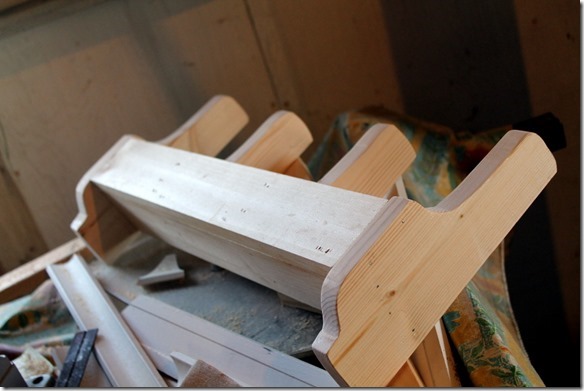 We wound up having to cut down the backs of those pieces (the two dividers shown above) in order for them to line up correctly with the rest of the boards. I don’t remember how much we had to cut it (sorry!) but just bear in mind that if you do use the template, you’ll have to cut off a bit more. 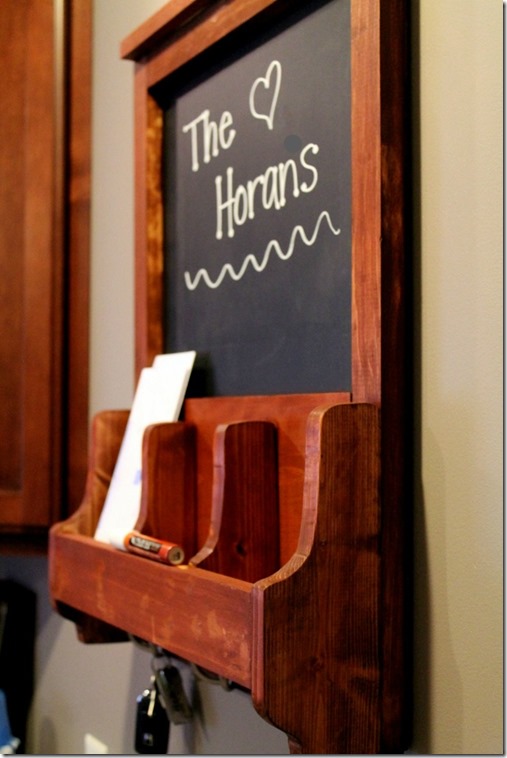 We used the same stain that we did for the first project, although we were a bit disappointed that, for whatever reason, the wood pieces we got for this one didn’t take the stain evenly (you can see the putty marks below, despite the fact that they were sanded completely). 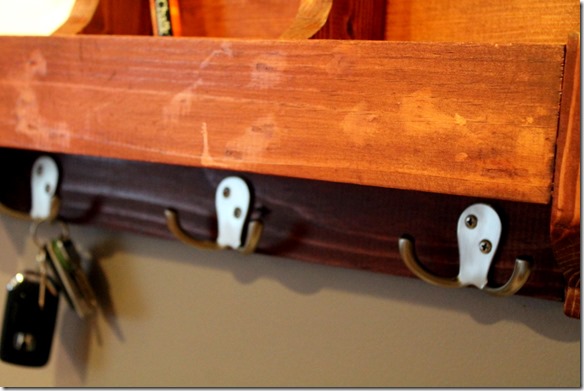 We also purchased these hooks at Hobby Lobby, but I’ve seen them all over.

One thing I was really excited to purchase, to go along with our snazzy new chalkboard, was this Chalk Ink pen. 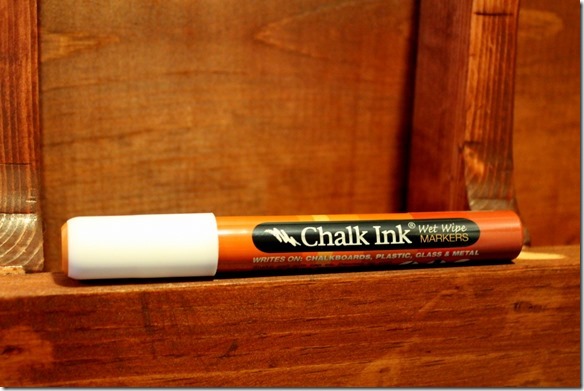 I always wondered how people always got such neat writing on chalkboards and now, I can see why! 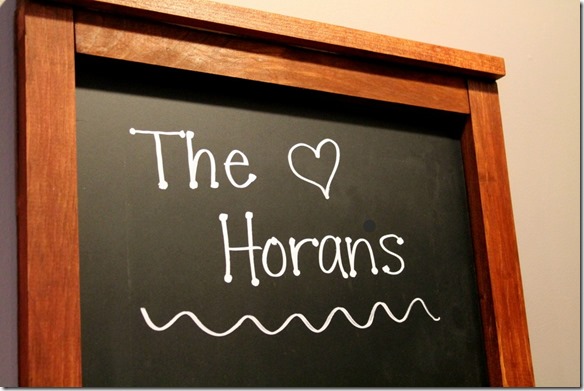 And also, please note I had to go and edit all of these photos to get rid of that damn apostrophe.

So that’s the rundown of our intro to DIY projects! I’d say that I’ve most definitely been bitten by the DIY bug, and I feel like Jay sort of has too. There’s a bunch of stuff that we’d love to do, so we’ll have to see what comes up next!

How about you guys? Are you into DIY stuff? Have you done any cool projects lately or have your eye on any good ones? Feel free to share away!