Well heyyyy there! Thanks SO much for all the congrats today you guys. I’ve seriously been on the edge of my seat, waiting to share that with you. I’m totally stoked.

Also, just a quick heads up – because of the tech issues that have been going on as of late, I’ve had to temporarily disable quite a few plugins on the site. Amongst them are the “related posts” you usually see on the bottom, as well as the notification email you usually get if someone responds to a comment of yours. We’ll be adding them slowly again, one at a time, to see who may be the culprit…keep your fingers crossed!

Alright. So now, let’s get back to this weekend’s Blend Retreat recaps…starting with Friday night’s cocktail hour and dinner.

Since our Tour of Love Grown ended up going a little later than expected (no complaining about that though!) Alyssa and I ended up doing a quick “shower” (ya know, washcloth under the pits sorta deal), got dressed, and headed on down to the cocktail hour, which was already in full swing. 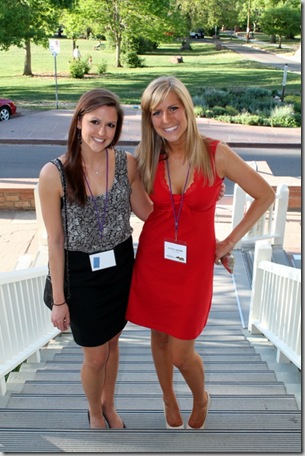 I finally ended up getting to see my gal Tina, as well as a bunch of other ladies who I had the pleasure meeting for the first time. There were seriously SO many awesome gals at this event, it was just fantastic.

During cocktail hour, I ended up making a plate of munchies and sipped on a glass of Chardonnay. After a long day of traveling, that Chardonnay was tastin’ mighty good, so I wound up having another with dinner too. 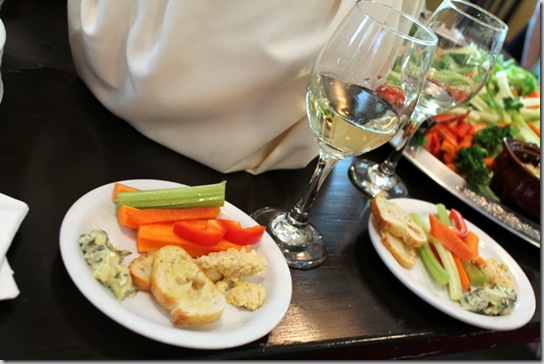 FYI: It’s true what they say…the altitude does make a difference. 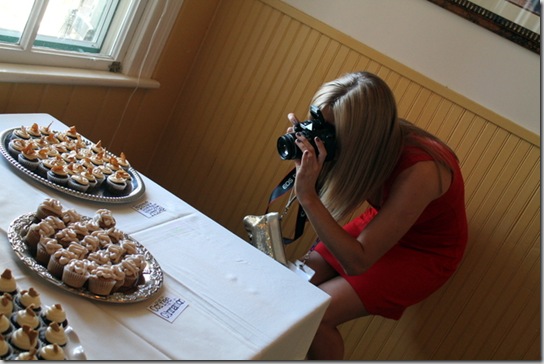 Hey, I’ve always got my eye out for sweets. So does this gal. That’s one of the reasons I love her. 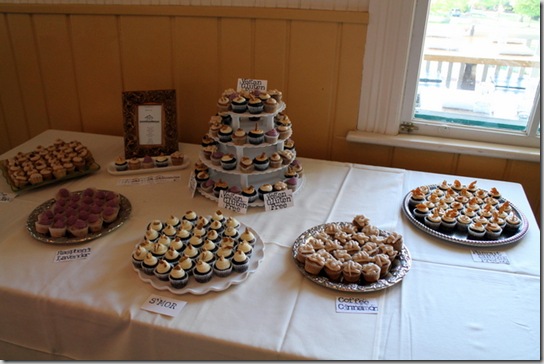 After the cocktail hour, everyone grabbed a seat and got a wonderful welcome from these three lovely ladies who did an incredible job of putting this whole thing together. 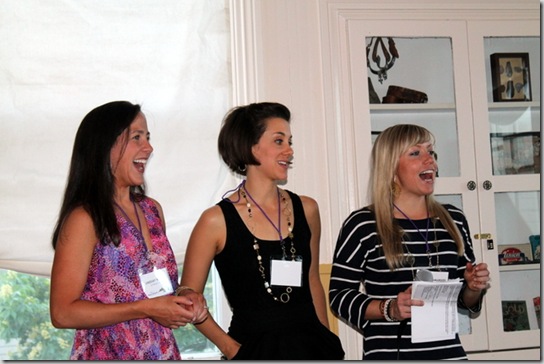 I can’t even imagine the amount of work that went in to putting it all together, but they did it…and they did it well! 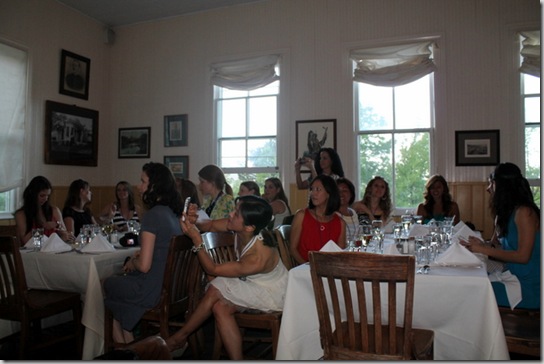 Dinner started with a small salad and a roll. 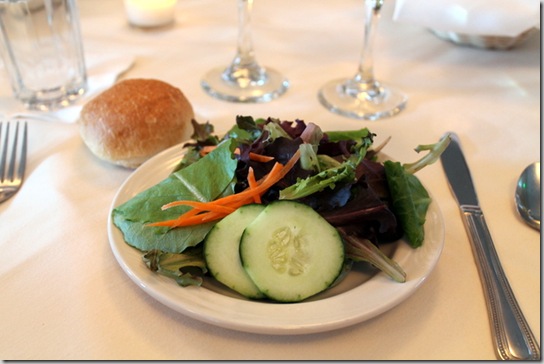 For my entrée, I ordered the chicken; I don’t remember the specifics, but I do remember it was tasty. 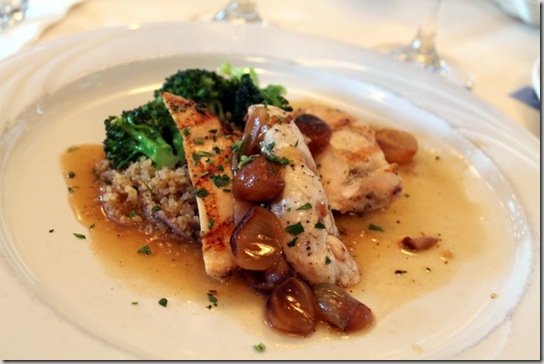 Shortly after dinner, it was time to dig into that cupcake table that I’d been eyeballing all evening. Lucky for us, there was enough for each of us to have three (err, four if you count the one I had before heading out the door for the night…shhhh). 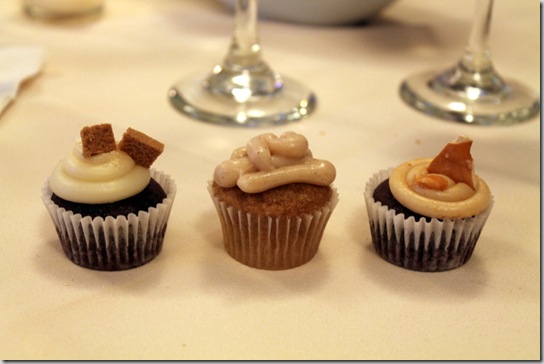 I chose a S’more, Coffee Cinnamon, and Peanut Butter Pretzel, which were all delicious; but any guesses which one was my favorite? 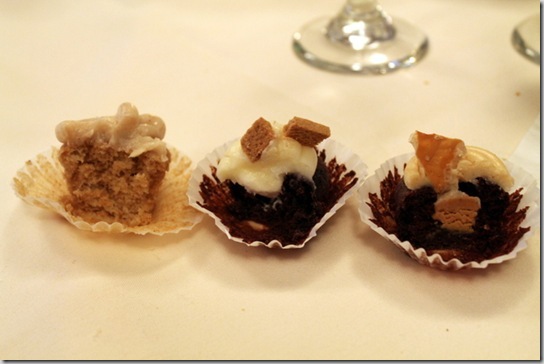 If ya guessed Coffee Cinnamon, you are correct!

I spent a little while longer chatting away with everyone, including Janeetha and Ashley, who I was so excited to meet. 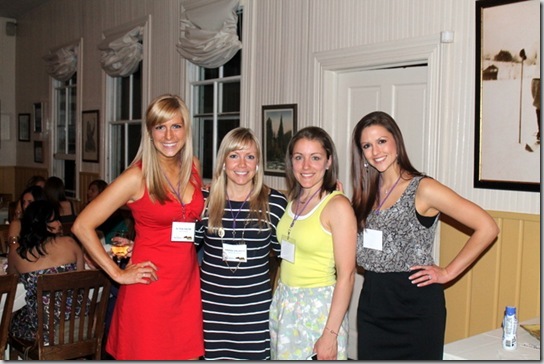 The night didn’t last long after dinner though, my friends. After having been up since 3:45am EST, I was lucky to have even had the energy to walk back to my cabin. This gal was pooped.

Thankfully, I was surrounded with good food and great company to help keep me going as long as I did.