Well how’s that for a loaded blog title?

Hello and happy Monday to you all! Did everyone have a great weekend?

Ours was a good mix of fun, low-key, and productive, which I always find to be a good combo for a weekend. After a roaring Friday night (aka, in bed before 10pm if I remember correctly), we started off Saturday morning with our last week of soccer. 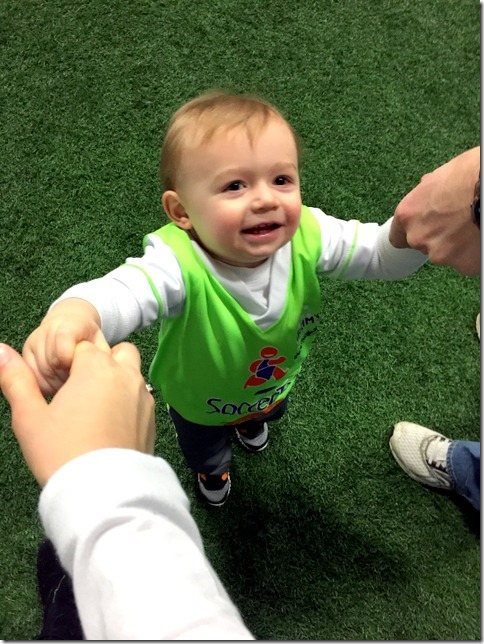 The session we signed up for was 8 weeks long, and while we really did have fun going, we decided to skip the next one. It was great to give Lucas an outlet to be able to run around, but that’s basically all he did…after the first week or two, he really didn’t have much interest in doing anything soccer related and it consisted more of us just chasing him off of the other fields. 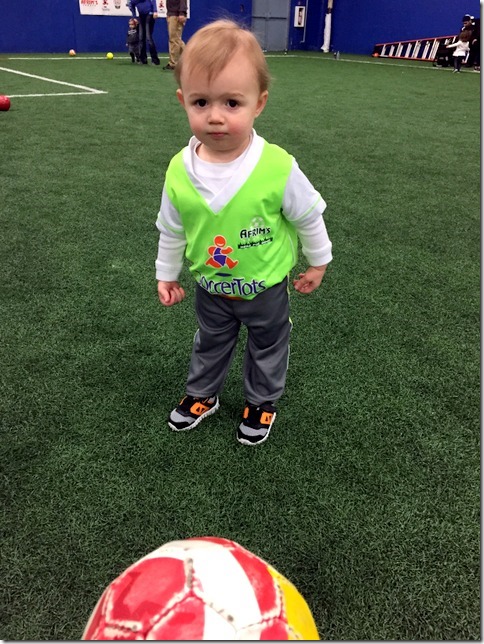 He’s still so young though, so, we’ll give it some time and I’m sure we’ll be back again (especially if his soccer-playing daddy has anything to say about it!). 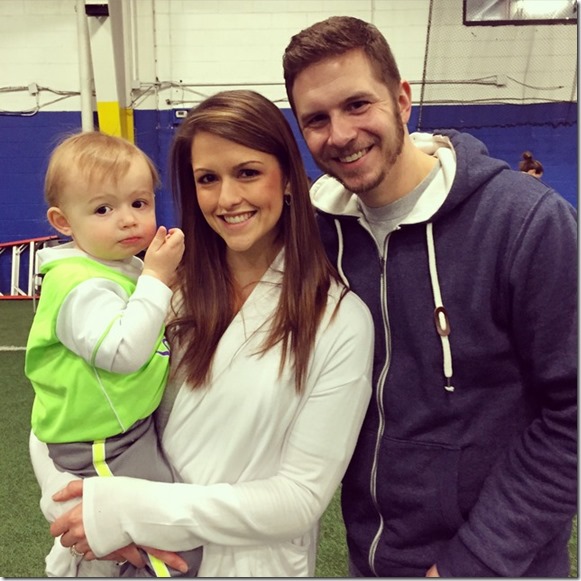 And as I mentioned on Instagram, I swear, our child really does love us. He just, apparently, refuses to smile in pictures with us…

After soccer, we came home and Lucas napped for a few hours Jay and I took care of some various stuff around the house. I also, actually spent a little time playing around a bit with the menu on the blog.

I decided to add a “Meal Planning” category, which actually links to all of my meal planning posts, in case you ever want to go back for some extra inspiration. And I also decided to rename the “Baby Tooth” category to “Babies/Kids,” since Lucas is no longer referred to as Baby Tooth.

In an effort to save some space on the menu, I also decided to move my NASM page, which you can now find under the “My Story” page, titled “Everything NASM.”

Since that really isn’t a huge part of my life anymore, I didn’t think it really needed to be there anymore, but I know it has a lot of good information that many of you have inquired about in the past, so it’s not going anywhere!

So once Lucas woke up from his nap, we got ready and headed out the door to Brian and Mal’s house for a “Houseaversary” party. 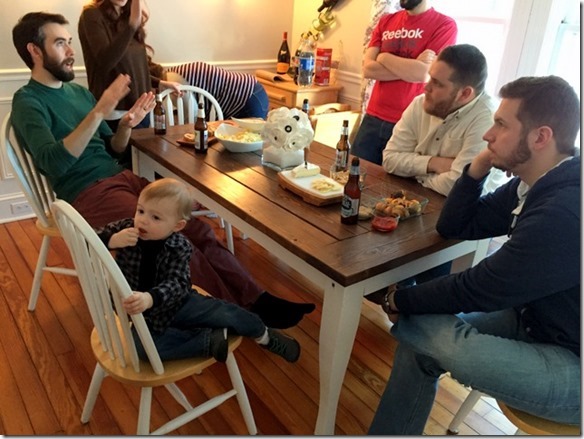 There were plenty of snacks for everyone to enjoy, of course. 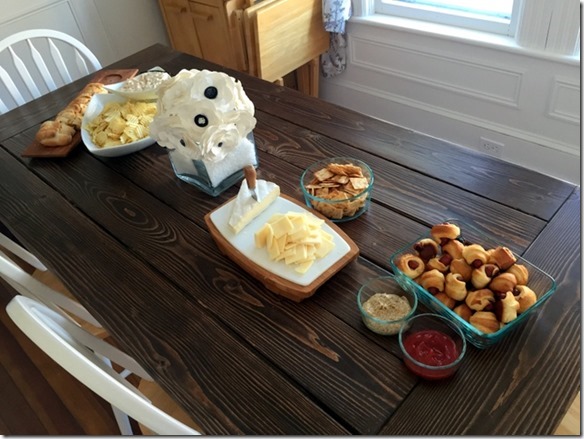 And, really, how gorgeous is their table, right? Brian and our other cousin Mike (his brother-in-law), did that all themselves and I am super impressed. It looks SO good! 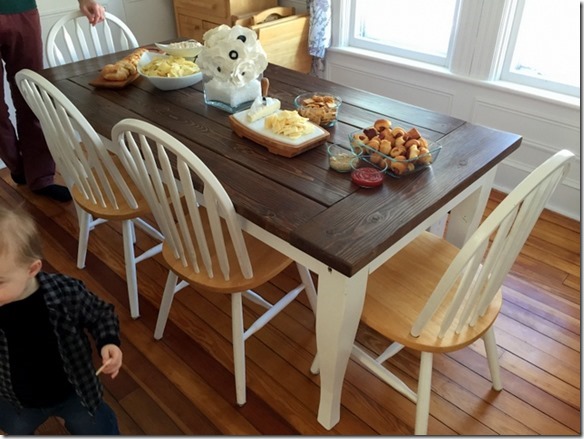 In a very rare series of events, Lucas was actually the only male kiddo at this gathering (most of the friends in our group have boys, with the exception of Samantha and Kaura), and I think he enjoyed being the ladies’ man. 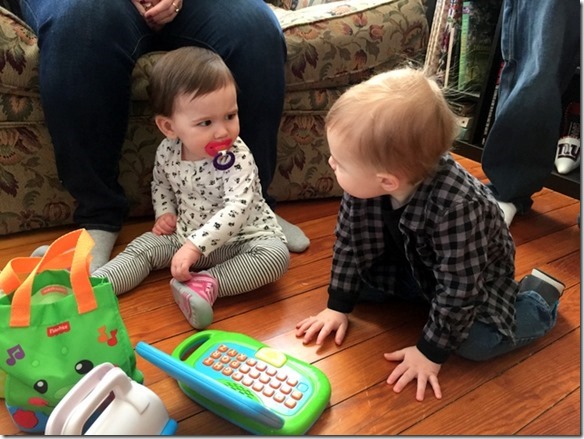 Who am I kidding, he didn’t know the difference. But I do think he had fun. 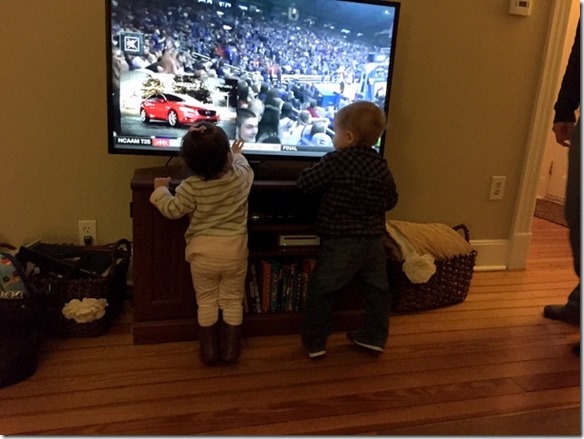 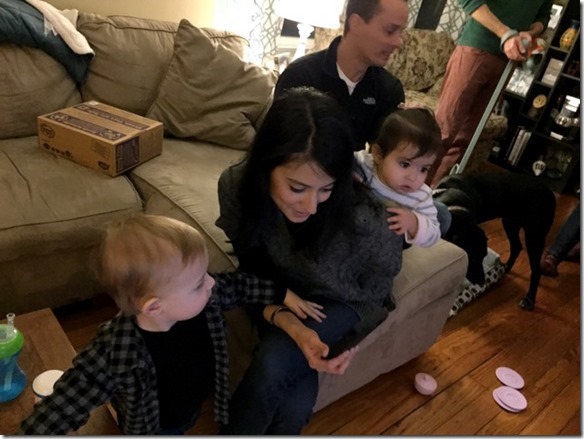 To make things even better, Mal made her famous chili, which was a hit as always. 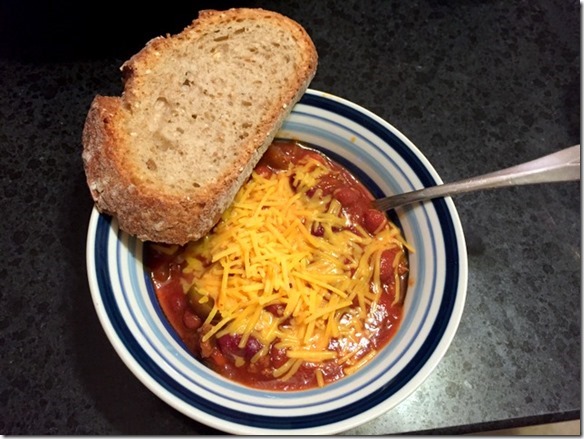 We didn’t end up getting home until closer to 8:15 or 8:30ish, but thankfully, Lucas did great for it being well past his bedtime.

That also meant that he slept in until almost 8:30am on Sunday, so Jay and I got to enjoy some quiet coffee time. 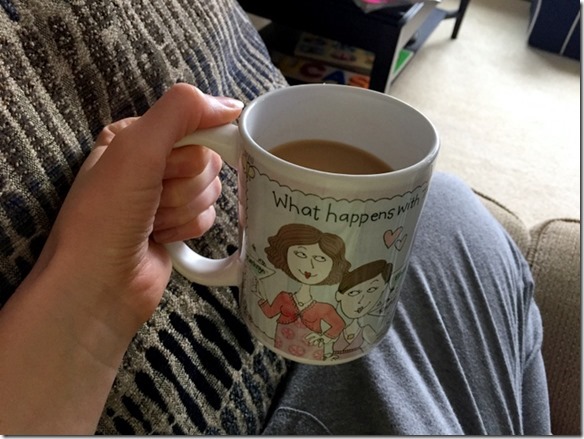 Later in the morning, I brought my buddy grocery shopping with me… 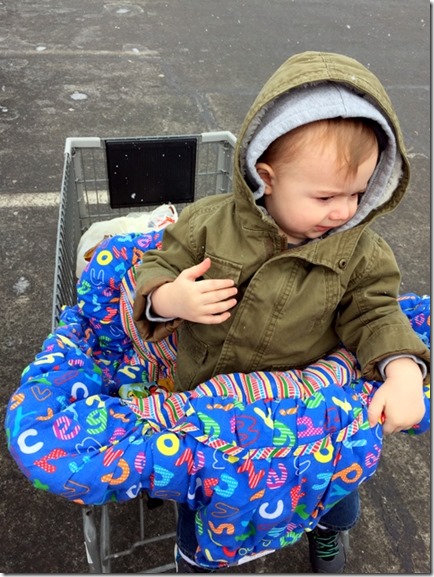 And then we hit up Dunkin Donuts for another date but, unfortunately, the trip was sort of a disaster. He wanted no part of the munchkins, or his chair, and wound up pooping shortly after we arrived and I didn’t have any diapers with me. Fail. 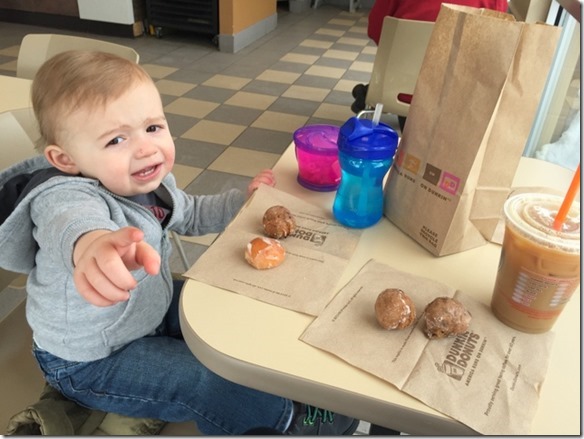 So we packed it up rather quickly and headed back home, BUT on a positive note, they have their cookie dough syrup back for iced coffees, and you guys know how much I loved them last season!

I put Lucas down for a nap, threw in a load of laundry, and took care of a little food prep for the week, including salad bases for me, roasted brussels sprouts, and a batch of Chicken Parmesan meatballs (<—my favorite burgers, just in meatball form). 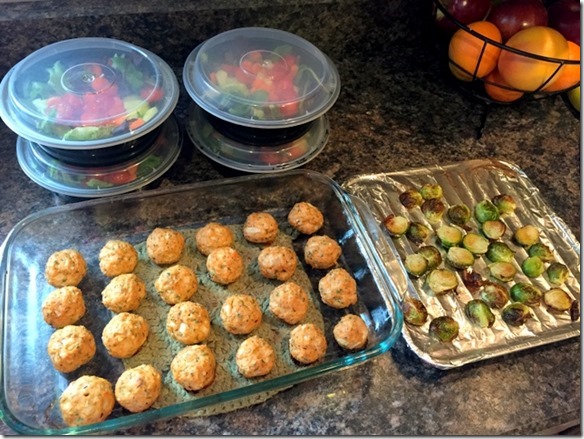 I also started a new flavored water combo that I’m sort of obsessed with: strawberry and mint. 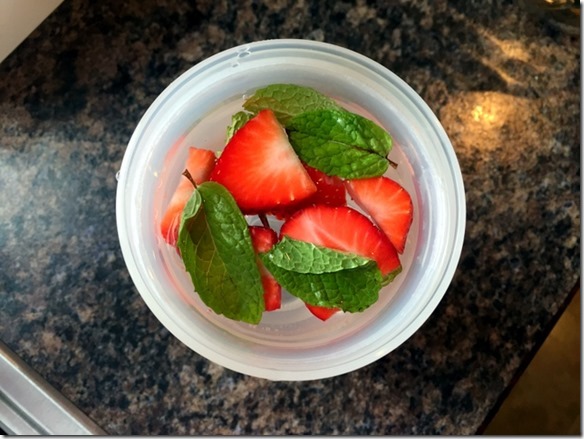 The rest of Sunday was pretty mellow, and we had a nice couple of hours with my parents coming up to visit. Other than that, it was a fairly quiet afternoon and evening. So before I go, I have to share a fun little tidbit on something coming up later this week… 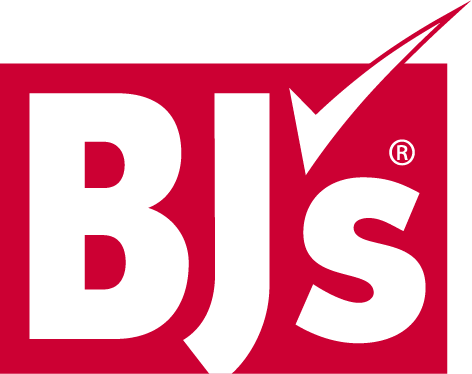 This Wednesday, March 4th @ 8pm EST, I’m going to be co-hosting a super fun Twitter Party with BJ’s Wholesale Club and I would LOVE to have all of you join in. The theme of the party is “Eat Better, Exercise Smarter, Sleep Better,” and not only do we have some fun stuff to chat about, but there’s also going to be some great prizes, including:

If you want to join in, you can RSVP HERE, and check out the details below:

So tell me, what were some highlights from your weekend? What was the best thing you ate??