Today marked the end of my HLS weekend in Chicago. Boy does time flyyyy when you’re having fun!

The morning got started with a fun run. Nienke and I decided to start our run a little earlier than the rest of the group, to try to avoid the blazing heat & humidity that we encountered earlier this weekend. It was a solid effort, but it really didn’t make much difference. We have no idea how far we went, but we’re guessing maybe between 3-4 miles, with some stops to chat with fellow “summiters” in between. 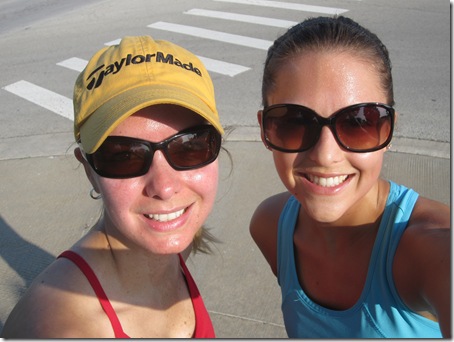 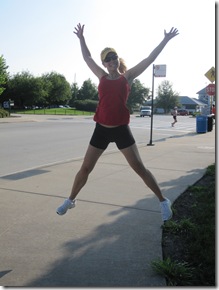 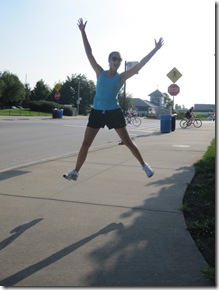 A sweaty run required a cool beverage to refuel…apparently in monstrous proportions. Woops, I guess next time I’ll order the medium! Probably had about 2/3 of this bad boy before calling it quits. 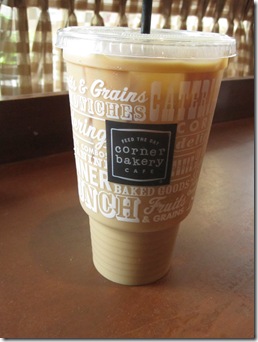 After grabbing my caffeine fuel monster, we headed over to the Bon Voyage Breakfast sponsored by Thomas’ Bagel Thins. The concept was so fun: pick from a bunch of sweet & savory toppings to create your own cream cheese spread. 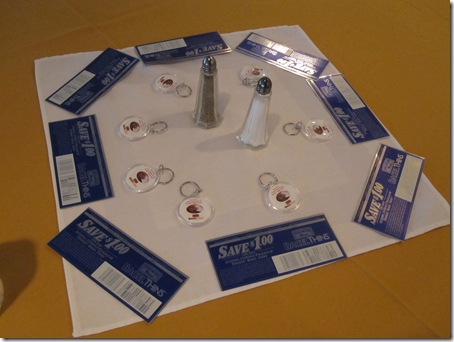 Can you guess whether I went sweet or savory? 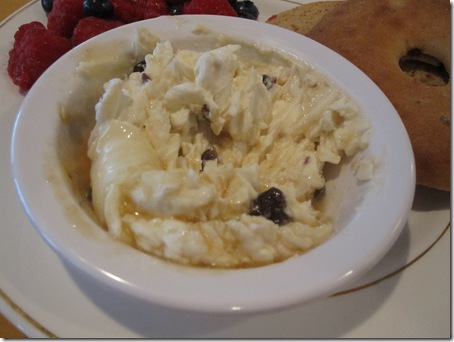 C’mon, was there really any question? ;) Starting with a low-fat cream cheese base, I went with a combo of honey, brown sugar, raisins, almonds, & a pinch of salt. Paired together with a cinnamon raisin Bagel Thin, it was oh.so.good. 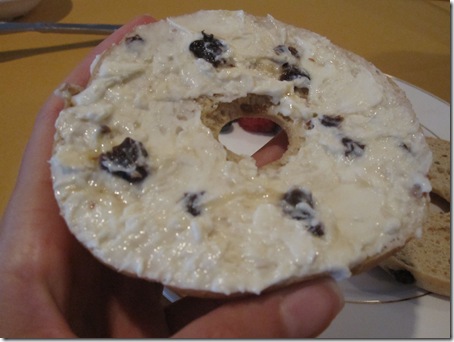 Along with more fresh berries. YUM! 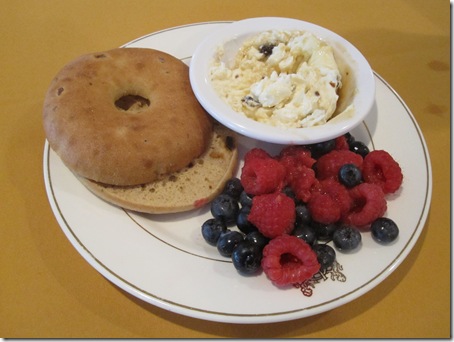 Eventually, it was time to part ways, and make my trek back home. I got to the airport with plenty of time to spare before my flight, so I grabbed some lunch and got settled in. A mixed veggie salad + a $3.79 (!!!) coconut water. :shock: OOOOF. 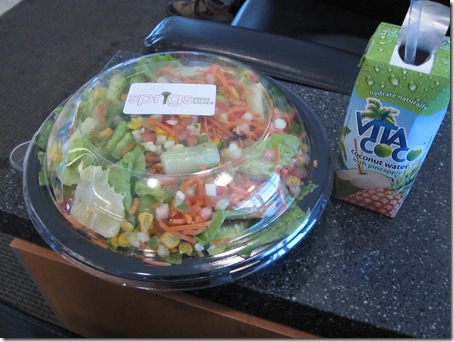 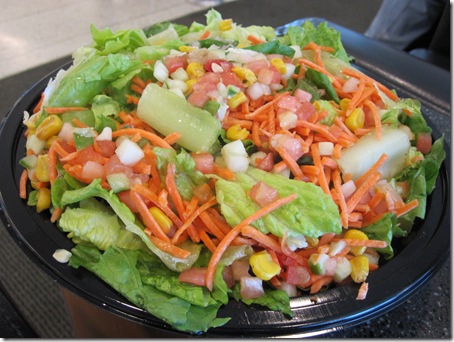 Please keep your fingers crossed for me! I think I’m stuck in a really bad movie this weekend…what do ya think? :roll:

On a positive note, at least I got all caught up on blog posts from this weekend!