I was finally able to get an amazing loaf of bread to come out of my bread machine! 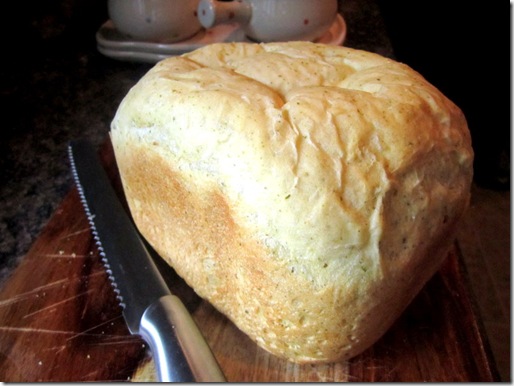 Guys and gals, this is HUGE!

Ever since I received my bread machine last Christmas, my success/failure ratio has been a little leery…

Remember my first attempt? That was scary. 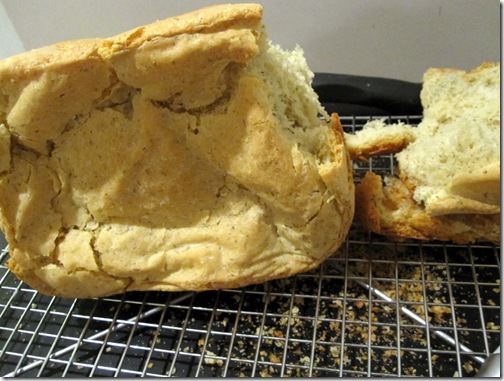 The next attempt a few days later was better, but still pretty hard and crusty on the outside. 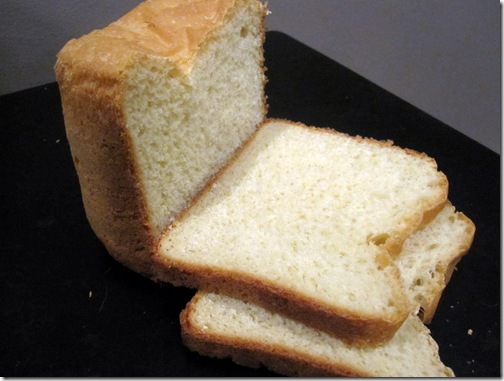 Then there was the Rustic Italian Loaf which tasted great, but it barely rose and, again, was super crusty on the outside. 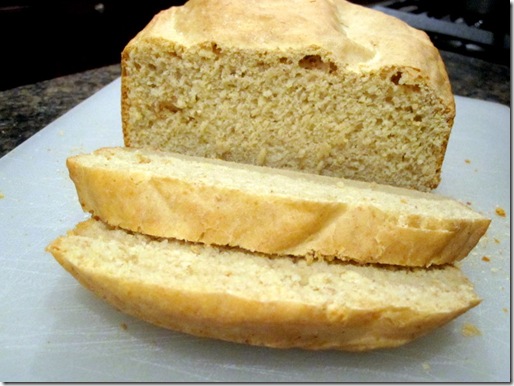 Oh yes, and let’s not forget this disaster. Good lord. I was about ready to throw in the towel after that one. 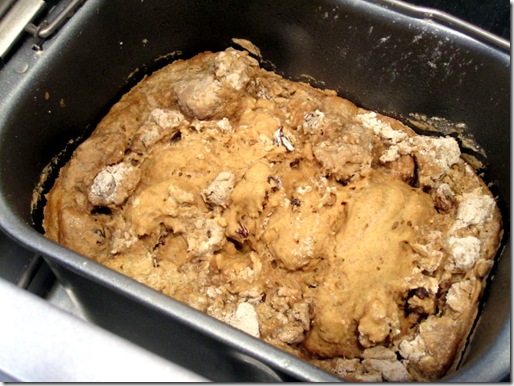 Thankfully, up until tonight, I have had my one stand-by recipe for French Bread, which has proven delicious on more than one occasion. 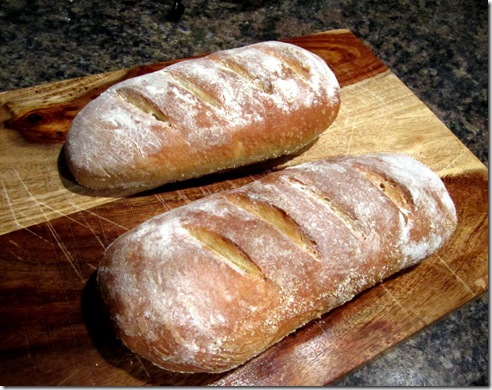 But now, I have TWO successful, delicious loaves of bread under my belt. Tonight’s load was a Pesto Bread recipe which came out of the book that came with the bread machine. I mean, not only did the bread have amazing pesto flavor, but it finally looked good too.

Just look at that! It’s light, fluffy, and actually looks like bread. 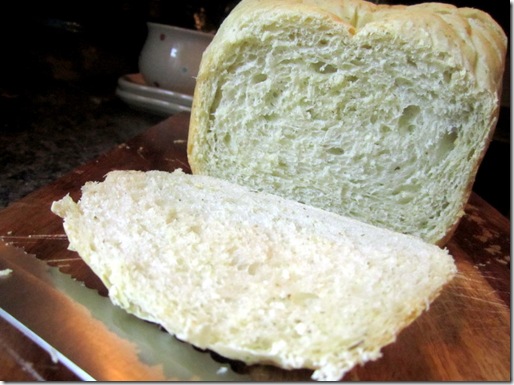 So what lovely dinner had the pleasure of accompanying tonight’s Pesto Bread?

Well that would be my Minestrone Soup. 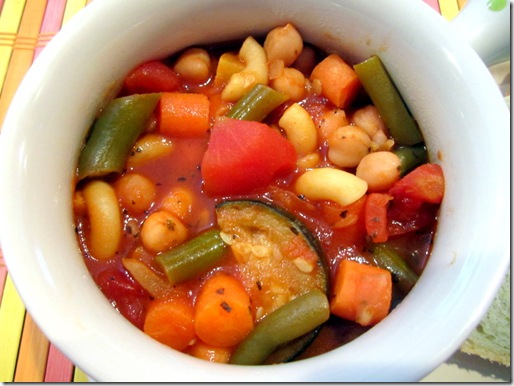 This soup is not only super easy to make, but it’s ready within a half hour AND it tastes great. Hubby is on the fence with it because of the garbanzo beans, but I told him to get over it, just pick ‘em out, and send them my way. 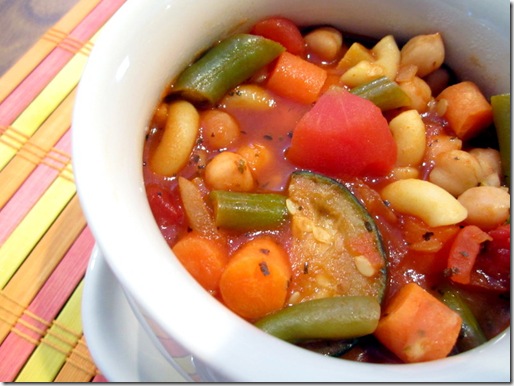 I started off with two slices of bread with dinner (but ended up adding a third), which worked out to be perfect for dipping, despite the fact that my soup was severely lacking in broth. 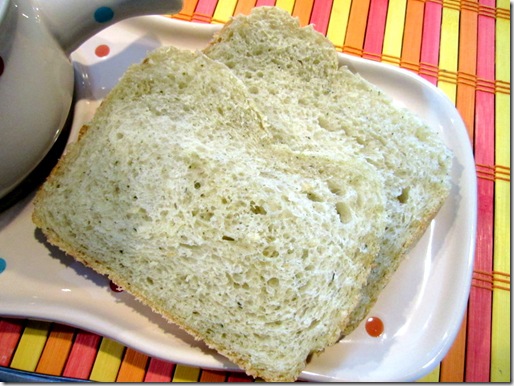 Jay ended up getting home later than I expected, so a bunch of the liquid ended up cooking off. But no worries; I just added a little extra for the leftovers. 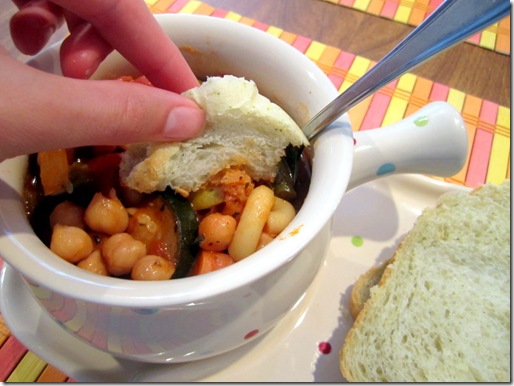 I definitely foresee some of these leftovers in my future for tomorrow…no doubt about it!

What are your favorite kinds of soup and/or homemade bread?

« The Target Effect
Wednesday Mash Up »