Three weeks later, and I’ve got a new bumpdate for you! 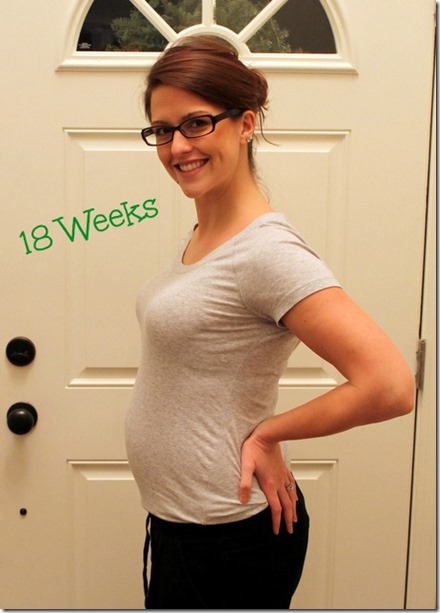 But first, can I just say how adorable it was taking pictures last night?! As soon as we started, Lucas came over to see what we were doing and decided he wanted to give his future brother/sister a “kiss, hug, squeeeeeze!” 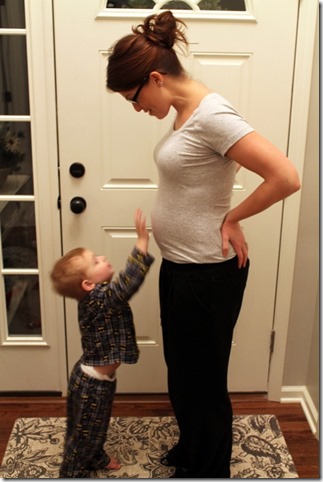 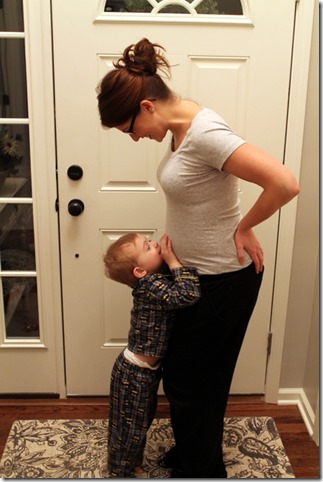 I wish the pictures weren’t so blurry but, hey, whatcha gonna do? Either way, my heart is still exploding from last night. <3 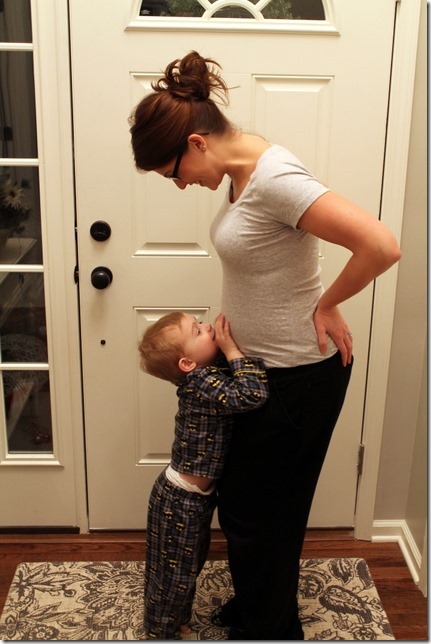 But now…on to the good stuff! What’s happening over here, you ask?

Baby is just over 18 weeks today and is about the size of a bell pepper.

HERE’S WHAT ELSE HAS baby BEEN UP TO THIS WEEK:

Weight gained: I haven’t checked in a while, but when I went to my last appt about two weeks ago (I think?) the doctor basically made a comment along the lines of “sooo, your weight gain is steady…just remember to be mindful with the holidays and all of the extra treats around at this time.”  So in other words, I think she was trying to tell me to chill with the food, but I’m pretty sure I’ve gained about 8 pounds, which is right around where I was with Lucas at this time. So, whatever. I still ate all the treats.

Workouts: Going great! I’m loving having the energy and desire to work out again. Seriously. I’ve been doing my usual mix of 21 Day Fix videos, a few T25 videos (only gamma, more weights focused as opposed to high impact), PiYo, BodyPump, and barre workouts, with modifications if/when necessary. There are certain moves in various videos that just don’t feel comfortable or flat out don’t work (like supermans…), but the mix has been awesome and keeping me excited to want to do more.

Symptoms: These past couple of weeks have included a few, but honestly not too many: 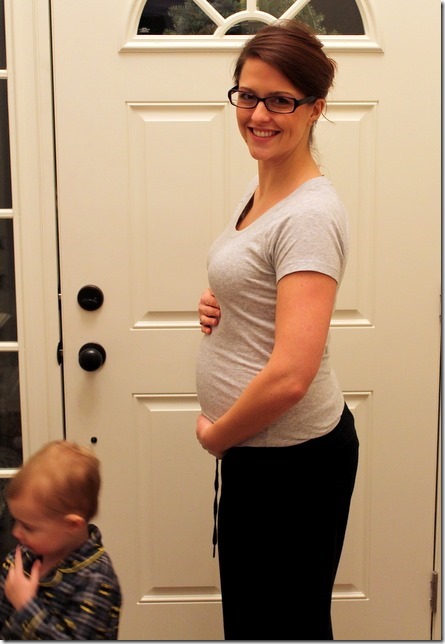 Movement: Yes! Finally!! For the past few days I’d been feeling something, but wasn’t totally sure it was the babe. But as I was sitting on the couch Tuesday night, my little babe was moving all over the place. Mannn, I really love that feeling and forgot just how much I missed it!

Food Aversions: Nada, although decaf coffee is usually only consumed a few days a week, if I’m feeling it.

Food Cravings: Nothing really outside of what I’d typically crave. In an attempt to lighten up my after dinner desserts, I’ve been trading the holiday cookies and ice cream for yogurt mixed with a little nutella or cookie butter, and that has been delicious.

Sleep: Not too bad! I usually wake up once most nights to use the bathroom (sometimes two, if I had a lot to drink before bed), but so far, being comfortable hasn’t really been much of an issue. I find myself sleeping on my back a bit more, but my doc had told me last pregnancy that as long as it feels fine then it’s not a big deal. If you’re uncomfortable, you should move.

Maternity clothes?: Oh yes. I can still wear regular pants/jeans with a hair tie around the button, but they’re annoying because they don’t stay up well, so I’ve basically been doing maternity bottoms. I love leggings (including these!) and can wear a mix of regular tops and maternity tops, it just depends on the shirt.

Miss Anything? Yes, I miss wine. And I’ll likely say that in each of these posts. What can I say?? Other than that, I’m feeling pretty content.

Baby Items Purchased: Nothing yet, and we likely won’t purchase anything until we find out what we’re having (which will be very soon!!).

Looking Forward To: Of course, I’m looking forward to finding out if we’re having a boy or girl! I’m 99% convinced we’re having another boy, and I really have no particular reason for it. There’s just some weird part of me that feels like I’m meant to be a “boy mom,” and I’ve already started looking at boy names (so far, I’ve got nothing!). I’m also looking forward to Jay and Lucas being able to feel the baby move, although I think we’ll have a little while before that happens. 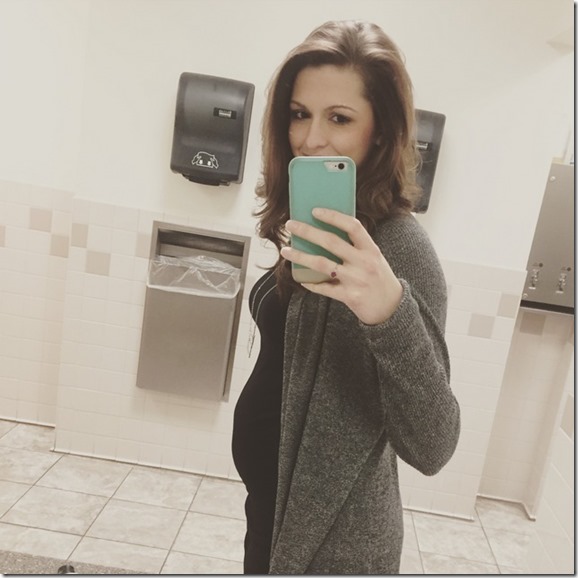 Mama’s out there…did you ever have any instincts or gut feelings as to what you were having? Or were you totally off?