Another couple of weeks, another bumpdate! And, comparing to last week’s pictures, it looks like baby grew a bit?! 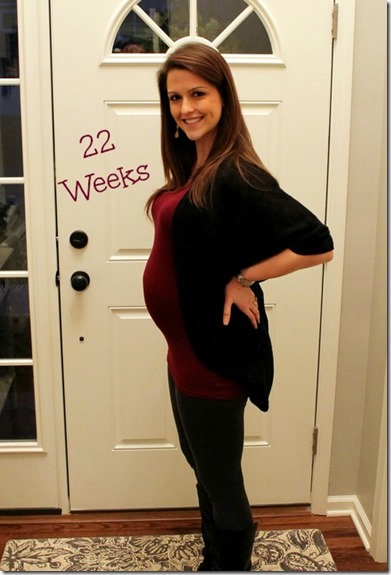 HERE’S WHAT BABY HAS BEEN UP TO THIS WEEK:

Weight gained: I haven’t checked since my last appointment, so I’m not sure. I do have another appointment scheduled for the 10th, so I’m sure I’ll found out then.

Workouts: Pretty good! With Lucas having been sick last week, I didn’t get to as many as I usually do, but I’ve still been loving barre workouts and anything with weights (check out this post for more details if you haven’t already!).

Symptoms: A few this week: 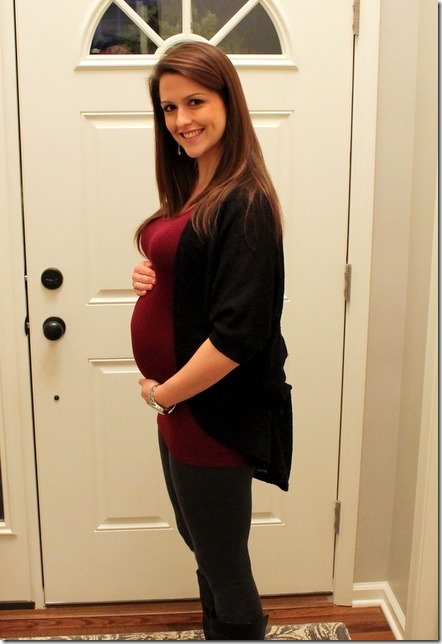 Movement: Yes! They’re starting to become a bit more frequent and obvious, which is so fun. Nothing from the outside yet, though. This is one thing that I’m scared I’ll forget the sensation of long after my preggo days are over…it’s seriously just the. coolest. thing.

Food Cravings: Cake (I’m sure a birthday had something to do with that!), blueberry cake donuts (damn you, Dunkin…), avocados, red meat, and graham crackers are a few that stick out.

Sleep: Not too bad. I usually wake up at least once a night to pee, but other than that, I can still get comfortable pretty easily.

Stretch marks? None (yet?), but I do have the lovely spider veins.

Miss Anything? Yes, I miss wine. Have I mentioned that at all yet? ;) Other than that, I’m doing pretty well.

Fun and/or Interesting Things from the Week: Hmmm…well my birthday was fun, but that’s not really pregnancy related! I also feel like my boobs are huge (compared to what they usually are), which is also always fun while it lasts. We are working on picking out paint colors for Lucas’s room and the nursery, and hoping to have those done in the next couple of weeks, so that’s been exciting. We’ll likely be transitioning the crib and dresser into the baby’s room then, and giving Lucas a big bed and a different dresser. We’ll see how it goes, but my money is still on him sleeping on the floor.

Belly Button in or out? In

Wedding rings on or off? On

Happy or moody most of the time: Depends on the day. This past week was tough with Lucas being sick. I honestly felt a bit of “mommy burn out,” which left me feeling just wiped. Lucas needed me, and only wanted me, and it was a constant battle/struggle to do anything other than have him attached to me. Obviously, he wasn’t feeling well so I was there for him and felt terrible…but man that can all take a toll on you! I also go through occasional bouts of sadness, like when I’m out shopping and see some really adorable little girl outfits. That feeling has subsided a lot since finding out we’re having a boy though and, honestly, I get more and more excited by the day to meet him and for Lucas to have a little bro. I can just picture them 2, 3, 4 years from now…ahhh, my heart melts. <3

New Baby Items: Just these PJ’s that I got from Target on Sunday.

Looking Forward To: Our next appointment! At our last ultrasound, the tech couldn’t get all of the images she needed (little guy wasn’t cooperating), so we need to go back on the 10th for a follow up ultrasound. You mean, I need to lay there and watch my little guy on the monitor AGAIN? Aww man, that’s rough… ;)

Question for the Moms:

What are/were some of your favorite things about pregnancy??

« Turning 32: Birthday Weekend Fun!
Our Adventure at the Children’s Museum of Science and Technology »