I often get asked whether or not Jay and I eat the same meals. Tonight was not one of those nights. 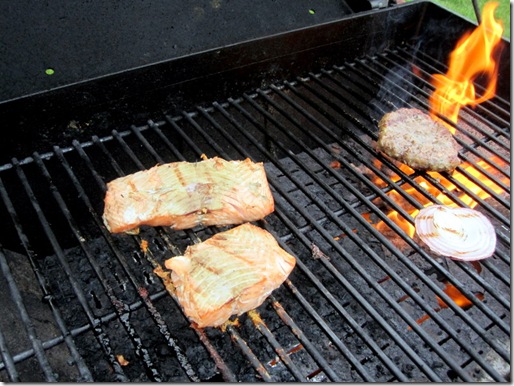 I’d say that probably 85% of the time, we will eat the same meals, or at least similar versions of the same meal. I can often vary my sources of protein at dinner, but hubby likes to have his meat. He’s not a beans kinda-guy.

Hubby is also not a huge fan of fish. I’ve gotten him to be okay with eating more mild, white fish like tilapia, and I’ve even been successful in getting him to enjoy marinated shrimp skewers.

But one thing he will not go anywhere near is salmon. He even goes as far as pinching Cody’s little nose because, you know, “he’s protecting him.” 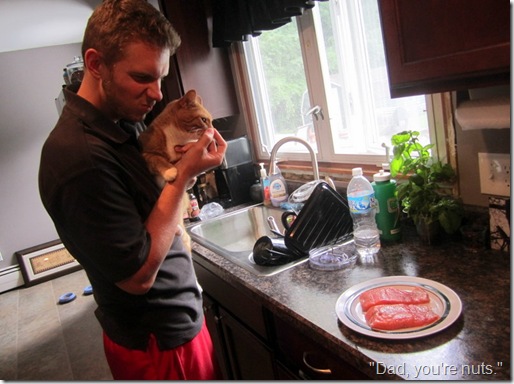 I don’t often buy salmon for this reason; but also because I’m kinda-sorta terrified to cook it. Don’t ask me why, it just scares me. 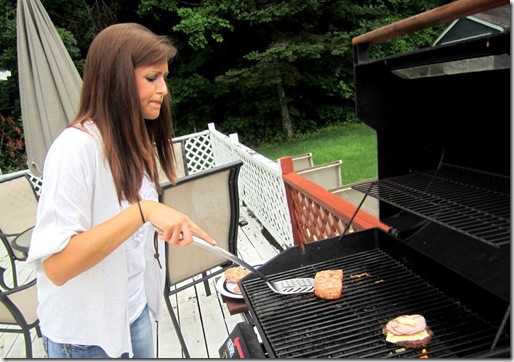 I’m also kinda-sorta horrendous at cooking it. You should have seen me…and the rest of the grill…not pretty. 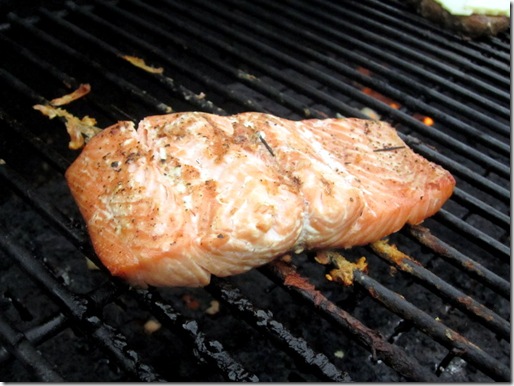 After the whole grilling ordeal, I guess I couldn’t blame hubby when I made one last attempt to lure him into trying it and he shot me down. 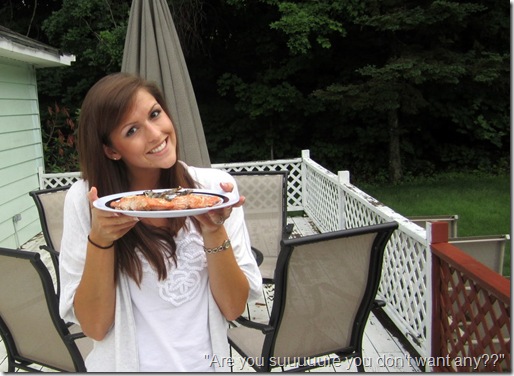 But despite my sticky troubles on the ‘ol grill, tonight’s dinner turned out to be quite the winner!

I’d been eyeballing a recipe for Grilled King Salmon with Tomato-Peach Salsa in my latest Cooking Light magazine, which I was originally planning on making last night. 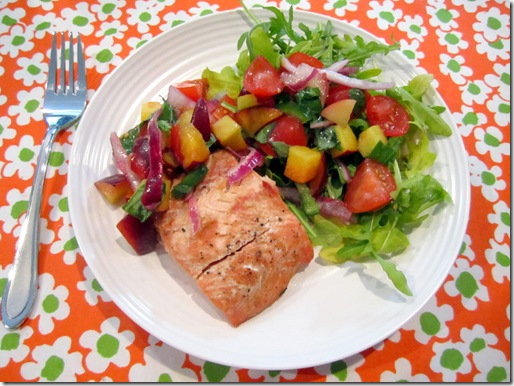 I don’t know how well I did with cooking the salmon, but I will tell you that it really didn’t matter because this tomato-peach salsa was to-die-for. Even though I halved the amount of salmon called for in the recipe, I still made the full batch of salsa so I could have leftovers. 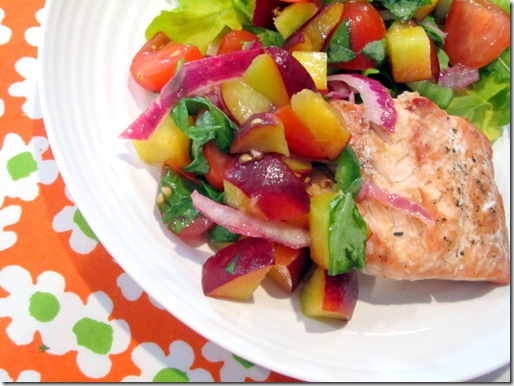 And so I could put some on a side salad with dinner. 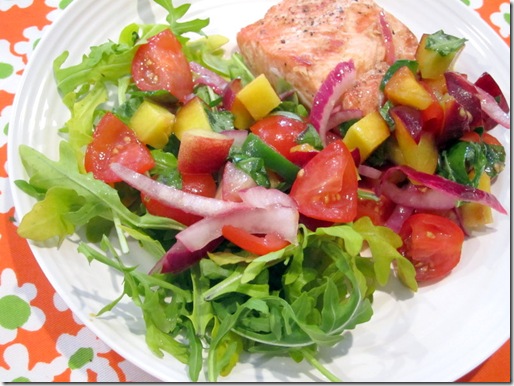 I’m really hoping I can get past my mental block with the whole salmon thing, because I think I could really get used to eating it more often. Unfortunately, hubby still isn’t going to touch it with a ten foot pole…

Hey, at least I tried!

Are there any foods you’re “afraid” to cook/prepare?

Do you and your S.O. eat similar foods?