The Healthy Living Summit is in full swing! (And this post was supposed to go up yesterday, but I was just SO busy that I did not even get a chance to get to it. Sheesh! We’re a little behind, but don’t worry…I’ll get us all caught up.) 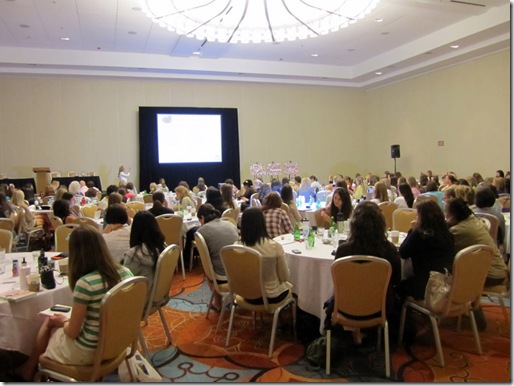 Before things really got started yesterday, I actually felt slightly motivated to get my sweat on. It may or may not have had something to do with the fact that a number of bloggers were up at 5am running 14+ miles that morning. Yes, I am very much influenced by others…but 30 minutes of HIIT on the hotel gym’s treadmill was plennnnty for me.

After showering up, Julie, Tina and I headed down to the hotel Starbucks to grab some iced coffee because, well, it was very necessary after another late night of chatting and slumber partying it up in our hotel room. 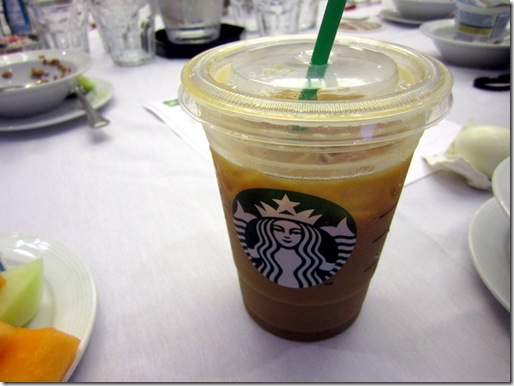 Breakfast, which was sponsored by Attune, included a variety of cereal, fresh fruit, and hard boiled eggs. I made sure to include a box of Quaker Oatmeal Squares from my swag bag to put together a little cereal combo for myself. 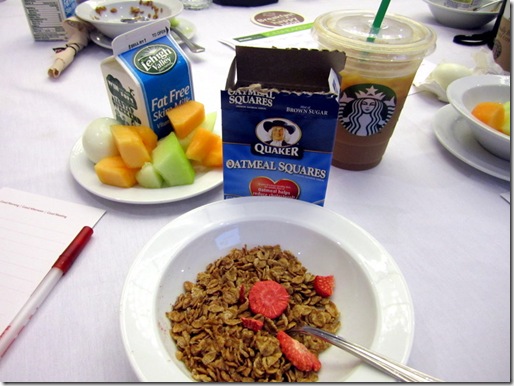 I also had some melon and the whites of a hardboiled egg. 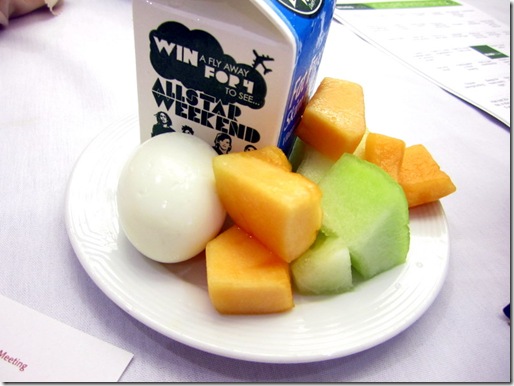 After breakfast, we had a fun little icebreaker game which allowed everyone to walk around and get to know each other before the different panels started. 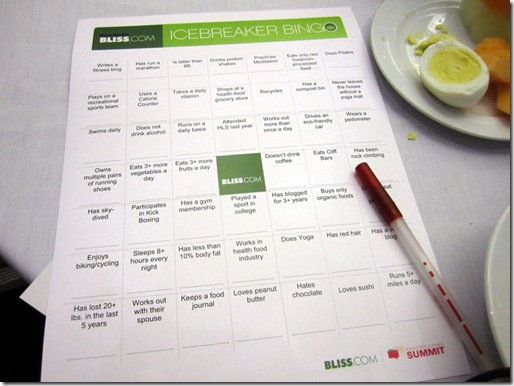 The first panel I sat in on was about how to write a better recipe. The presenter, Stepfanie Romine from SparkPeople, did an amazing job of bringing a bunch of things to light that many of us might not always think about when writing recipes. It was great, and I’ll definitely be sharing some of those tips with you all later this week! 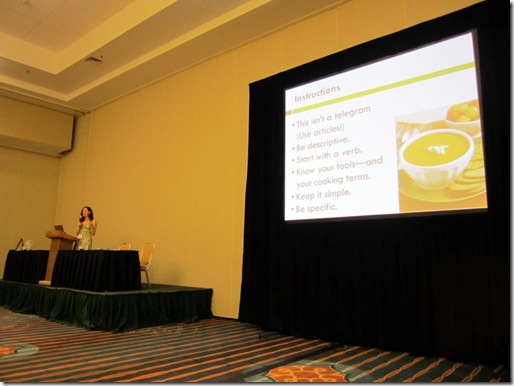 The next panel I sat on? Oh yeah…that would be MINE! 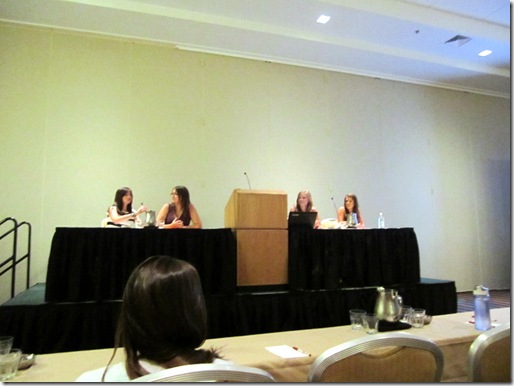 The panel was actually really fun and Brittany, Heather, Julie and I were so happy with the amount of audience participation we had. In our panel, I was able to share some of my personal experiences with dealing with negativity and how I’ve dealt with it.

Honestly, they way I’ve learned to handle negative feedback has completely changed from the way I viewed it when I first began blogging. This is something that I definitely plan to discuss more at another time, so if there’s anything else that you’d like to have discussed here on the ‘ol bloggy, just let me know. I have a lot I can talk about!

Luckily, from anyone I talked to, they claimed that they could not tell I was nervous, so that’s good (as long as they’re not fooling me!)…because little do they know that my nerves were rockin’ that whole time. 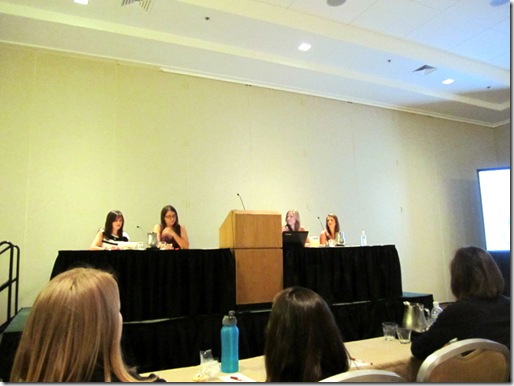 I’m not quite sure what I’m saying there, but it made me laugh, so I figured it’d probably make you guys laugh, too. 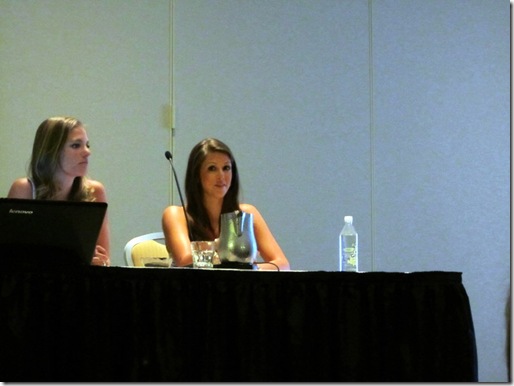 I LOVED my group! 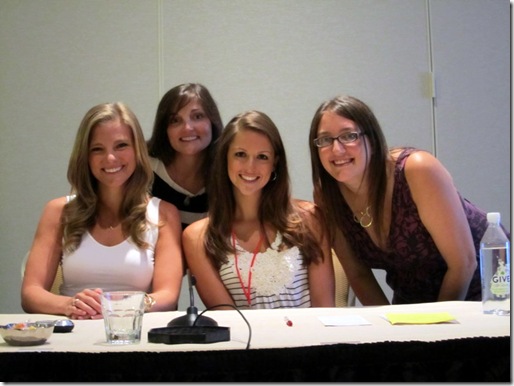 Right after our session was over, lunch was served which was a great thing because since my nerves were gone, I was really ready to get my chow on.

The lunch spread this year was completely vegetarian, including a mix of chickpea and quinoa salad, veggie salad, and an assortment of sandwiches and wraps with bread provided by Great Harvest. 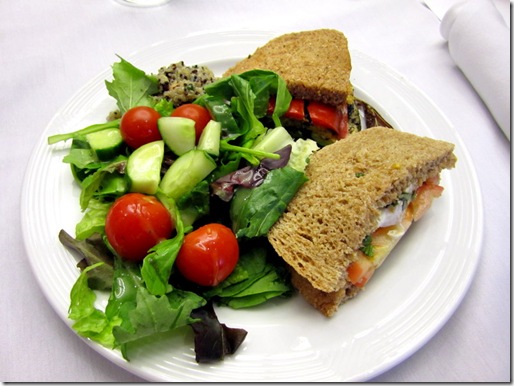 I had never had the opportunity to try Great Harvest bread up until now, since we don’t have any remotely close to where I live; but I will say that this bread is out of control amazing. We learned from one of the representatives at the conference that this particular batch of bread was actually made fresh from the grains the night before. I mean, talk about fresh, right? I’m not even kidding when I say that I’d probably eat a whole loaf just plain. It was incredible.

I chose a half Caprese sandwich and half of a grilled vegetable sandwich, and both were equally delicious. 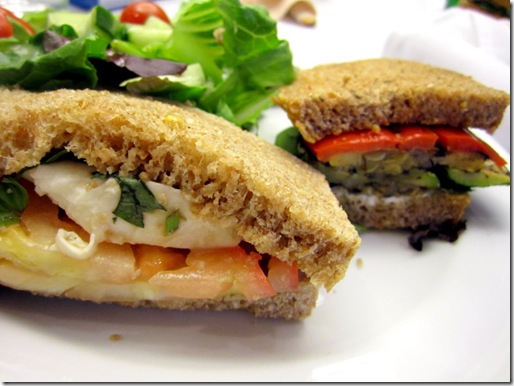 Throughout the day, there was no shortage of sweet goodies to go around, including my sugar cookies which successfully ran out. Paige’s cake pops were probably one of the best I’ve ever had. No joke…melt in your mouth deliciousness. 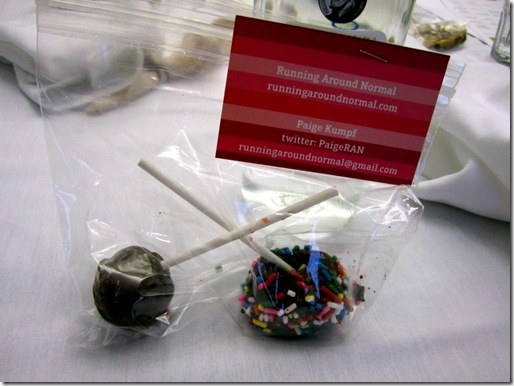 I was also lucky enough to snag some of Diana’s famous Dough Balls and a homemade granola bar. I decided I’d like her to come and bake for me once a week. 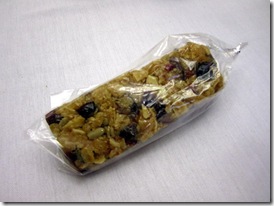 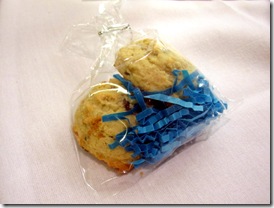 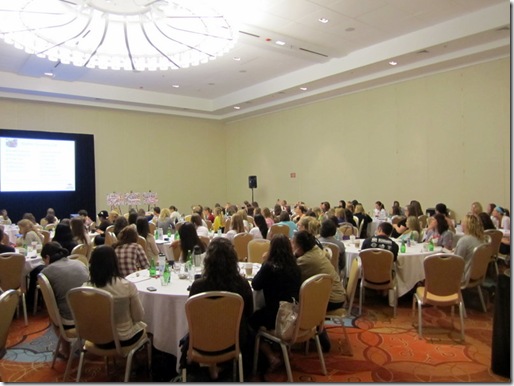 The afternoon consisted of a few more panels, chatting with friends, and eagerly checking the #HLS Twitter stream from our phones. 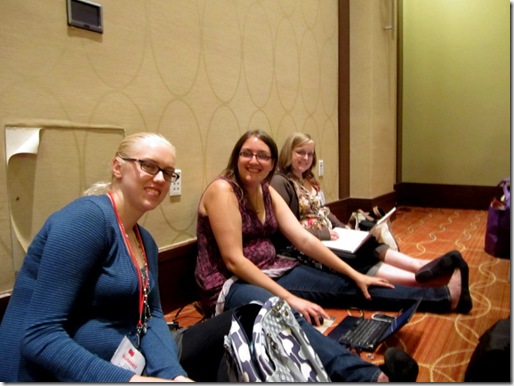 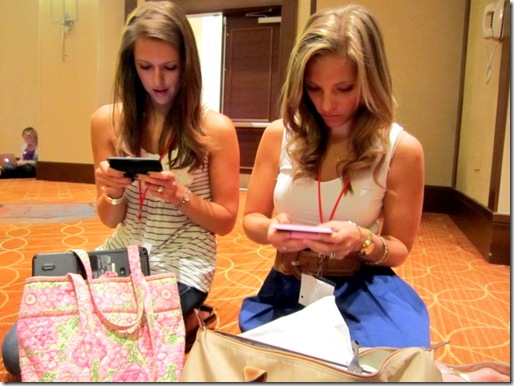 We were given an afternoon snack break provided by the lovely folks at Quaker, which consisted on some fresh veggies and hommus, Quaker rice cakes, and Naturally Nutty nut butters. 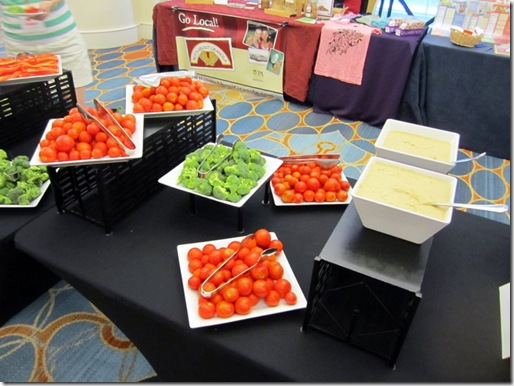 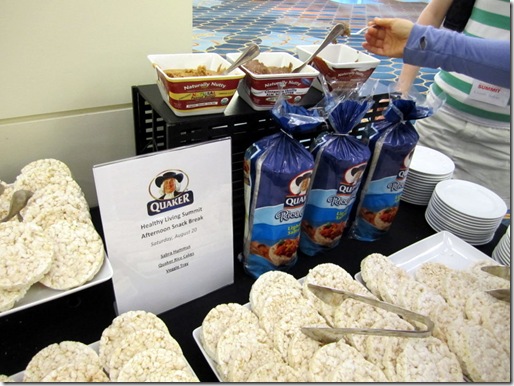 I never had the chance to try Naturally Nutty nut butters before now, so I had to be sure to get my hands on all of them… 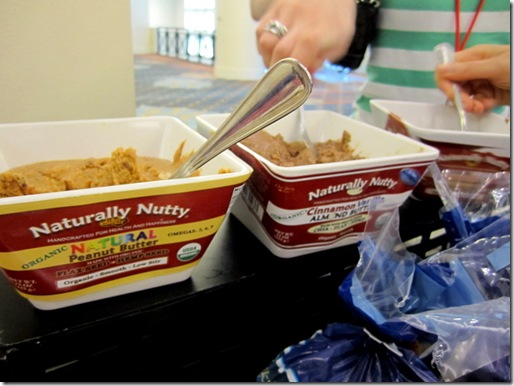 Seriously, all of them were awesome, but I think my favorites were probably the Cinnamon Vanilla and the Chocolate Cherry. I’m seriously checking into this stuff when I get back home. 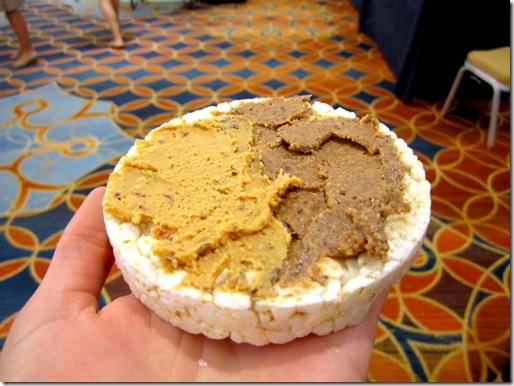 I still feel like I have so much more to talk about with this conference, and trust me, I will. Not only did I learn some great information in the panel discussions, but I also had an absolutely incredible weekend. I’ll be working on catching you all up to speed in the next couple of days, but for now…it’s time to head back to New York!

How do you deal with public speaking?

« Cocktails at Reading Terminal Market
A Pod Like No Other »