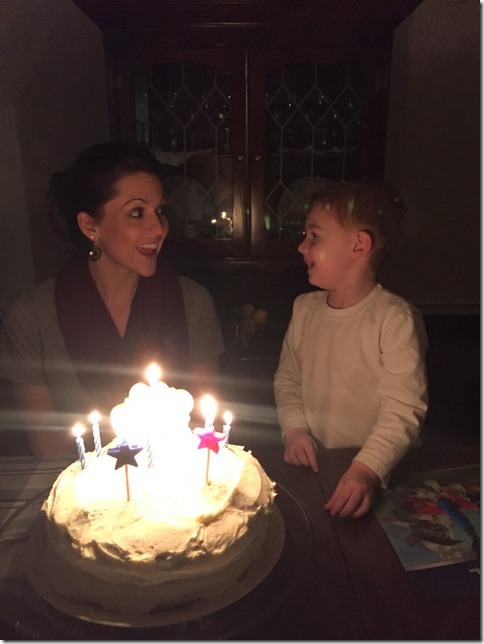 I’ve never been one to dread turning a certain age because I always say you’re only as old as you feel(!), but for some reason, 33 just sounds weird to me??

Weird or not, we still had a really nice weekend doing a little bit of celebrating and having a little fun at home. Saturday started out with homemade bacon, egg, and cheese bagel sandwiches courtesy of Jay. 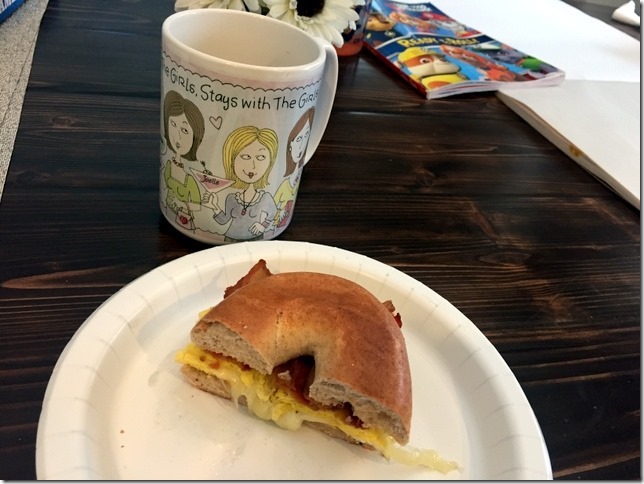 Then we spent the majority of the morning and early afternoon just hanging out with the boys, doing a few things around the house, and playing toys. OH, and Jay officially finished our mudroom area. How great of a job did he do?!

He’s so freakin’ handy, I can’t even stand it.

Now I’m on a mission to find some cute baskets to fit in some of the upper and lower cubby areas to help hide all of the crap that accumulates WAY too fast in there.

So early Saturday evening, my parents came to pick up Lucas and he had a fun night + a sleepover with them. They even went to visit the new aquarium that opened up a few months ago nearby and he apparently had a blast finding “Dory” and “Nemo” there. 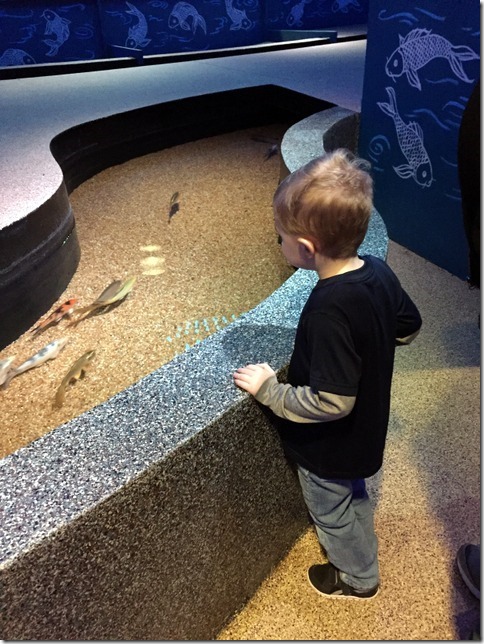 My mother-in-law came over a little bit later to watch Alex, and then Jay and I were headed OUT for the evening for some birthday celebrations with cousins and friends at one of my favorite spots…Druthers (which we also went to for Jay’s birthday, too…apparently it’s a thing for us). 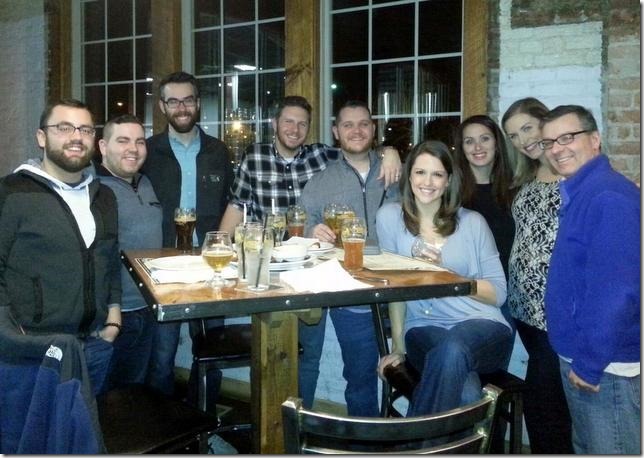 Not pictured were Brook and Andrea, but we also happened to run into Jay’s uncle and cousin at the bar, so we hung out with them for a bit while we waited for our table to be ready.

Of course, since we were at Druthers, we most definitely had to get an order of my favorite pretzels and beer cheese dip, but then Mal also suggested we try their loaded monkey bread and WOW…SO good! 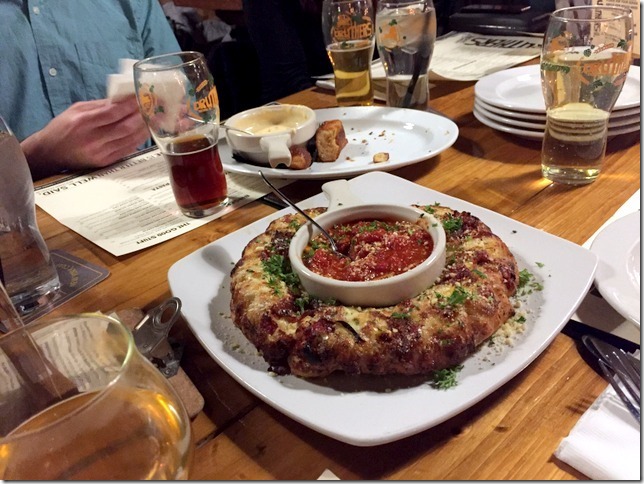 I was really craving a burger, so I went ahead and ordered their Americano burger which totally hit the spot. 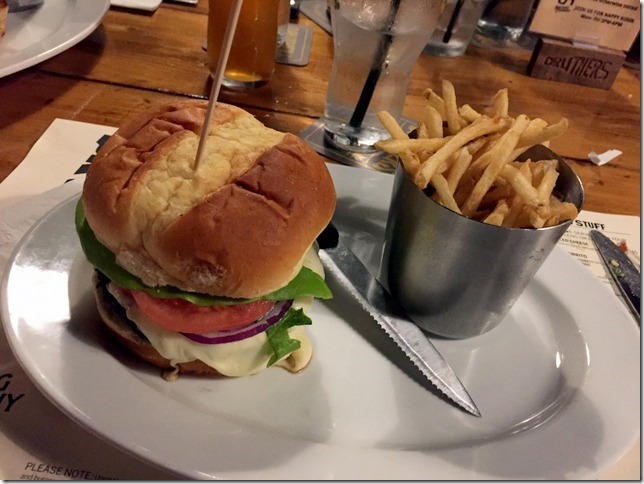 Lots of good food, good beer (my favorite is their Double Dare!), good friends, and a fun time out of the house, sans kiddos. 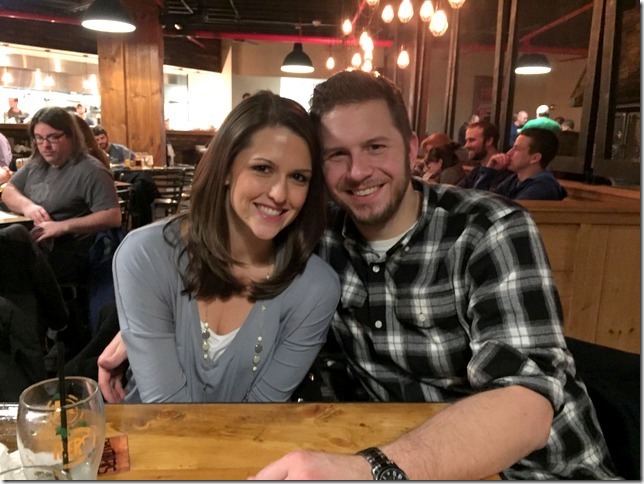 Unfortunately, we got a call toward the end of the evening and were informed that Alex was refusing his bottle and wouldn’t go to sleep. Gahhh…that child! We were already getting ready to leave, luckily, so it wasn’t a huge deal. And by the time we got home, I was able to get him fed and down no problem…who knows what was up?!

We had a much more quiet morning on Sunday since Lucas slept over at my parents’ house, and once Alex went down for his first nap, I enjoyed a yummy breakfast of Kodiak Cakes with lots of coffee while writing out the grocery list/clipping coupons/meal planning. 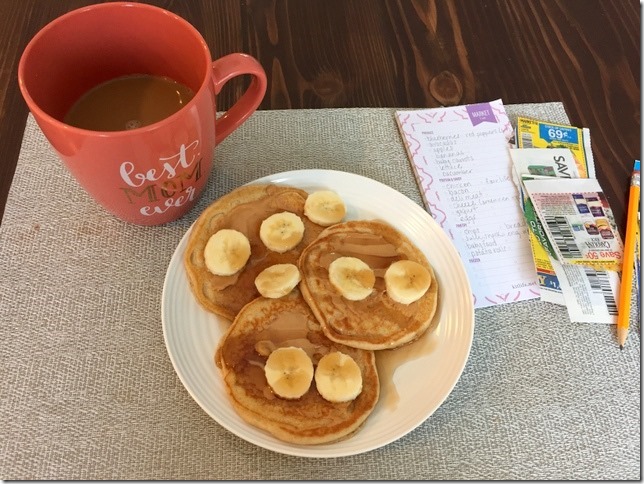 Later in the afternoon, the three of us headed over to my parents’ house to join Lucas (who, for the gazillionth time this winter, is sick with cold AGAIN), my parents, and my brother and his girlfriend for a little family birthday dinner. 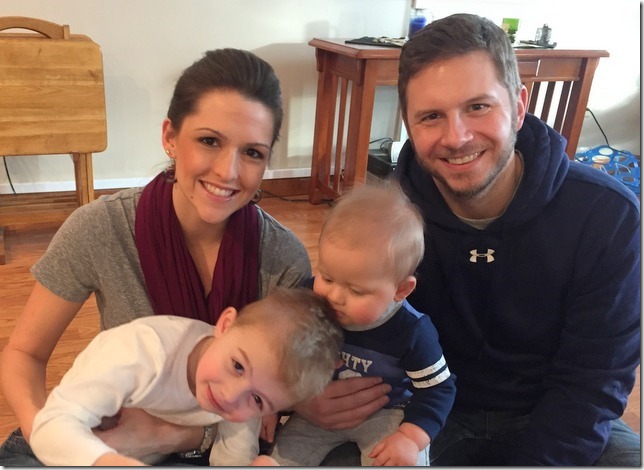 That right there, by the way, was the best picture we could manage to get.

When my mom asked if I had any special requests for birthday dinner, her homemade chicken parmesan immediately came to mind. She makes the absolute BEST. 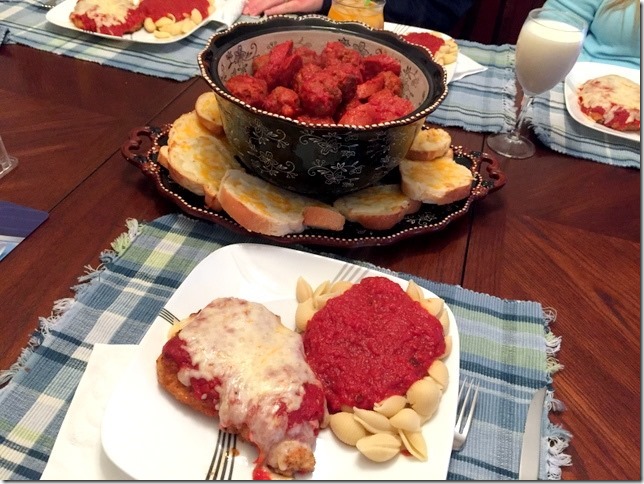 I ate my way through about half of it all but had to save room for the important stuff…aka, cake. 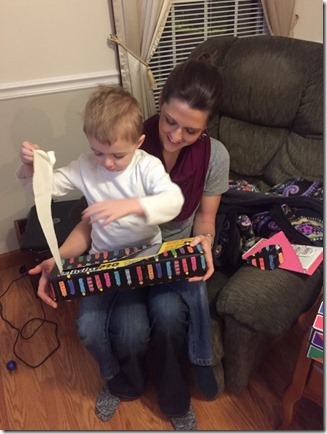 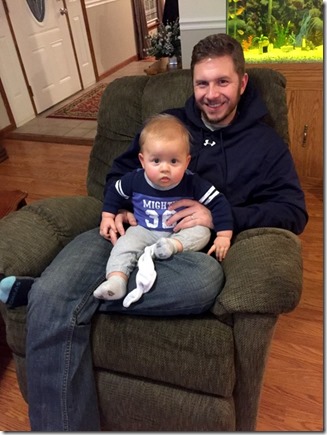 After informing my mom that my current hairdryer was blowing more cold air than hot, I got a new hairdryer AND a new curling iron! 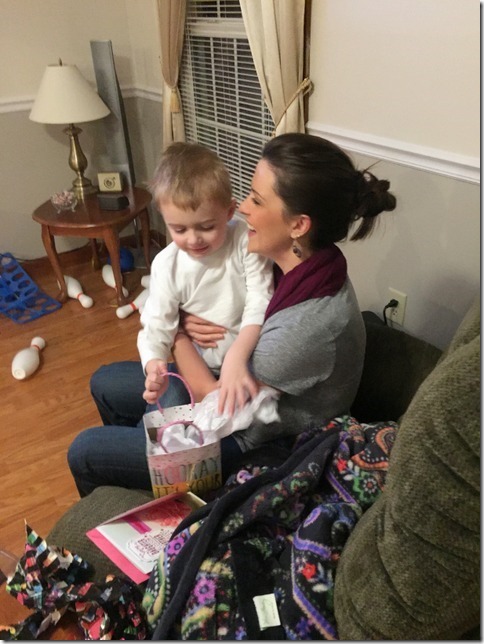 Then, of course, it was time for cake! 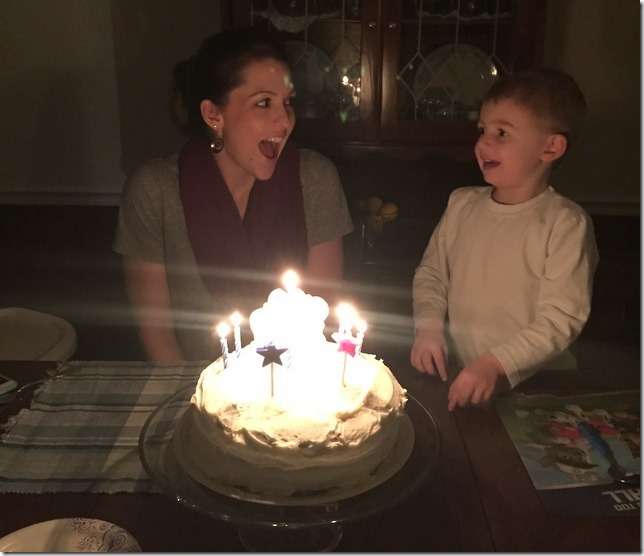 My mom made a delicious cake with my all-time favorite, almond buttercream frosting, and it was everything.

As for today, I actually took the day off of work, both kiddos are at daycare, and I have the entire day to myself. I am SO pumped! I’m planning on a little quiet time, a little shopping, a free Starbucks birthday drink, and who knows what else!

*I’ve actually turned comments off on today’s post for now, while we’re still trying to resolve the issue of all comments getting posted to everyone’s Bloglovin’ newsfeed…so sorry about that, guys! We thought we had it resolved but apparently not…so hopefully that’ll get taken care of later today! So for now, thanks for reading along and I’ll catch ya tomorrow.