Well it has certainly been a busy few days since we last chatted.

On Thursday (his actual birthday) Jay and I both took a half day from work so we could have a special morning together…which started out with some new presents (and a few new Usborne Books, which he LOVES!). 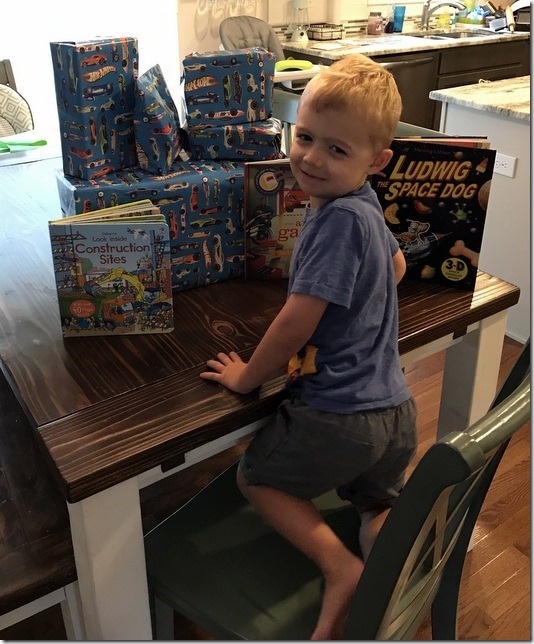 After opening presents, we told Lucas that he could pick anywhere he wanted to go for a special birthday breakfast. 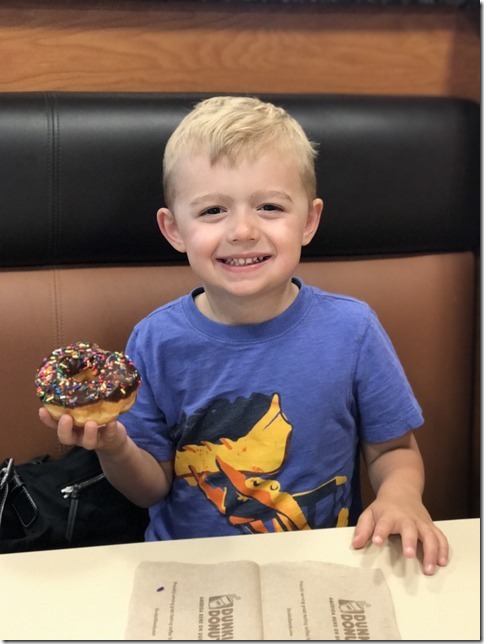 I mean, not that I was complaining (hello, iced coffee + munchkins!) but I was sort of hoping for a big ol’ plate of pancakes. Maybe next year. ; )

After breakfast, we brought the birthday boy out for a couple games of bowling (one of his favorite activities!) and it was a perfect day for it since it rained all morning long. 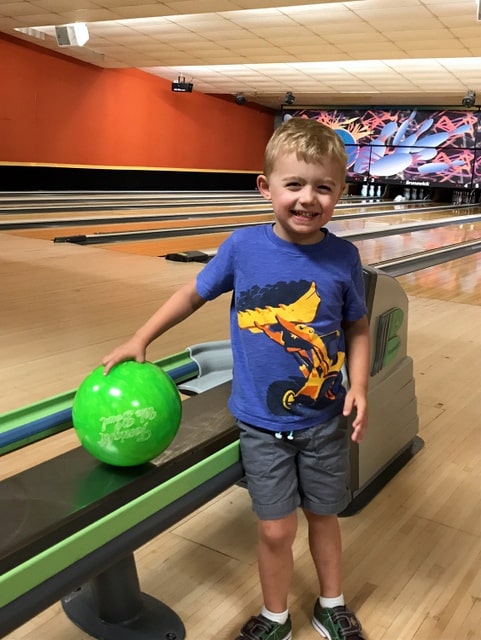 Lucas is somewhat of a “regular” at this bowling alley, since he goes quite often with my mother-in-law, and the girl working was so sweet to not only give him free bowling that day, but even put up a special birthday message for him. 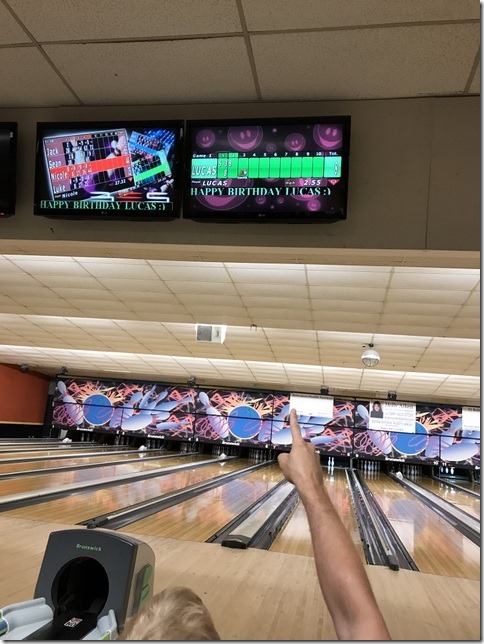 We worked a bit on practicing his form, which he was into for about three frames. : ) 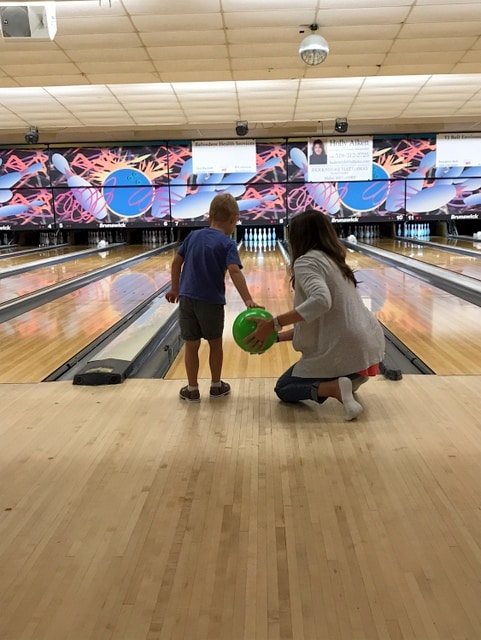 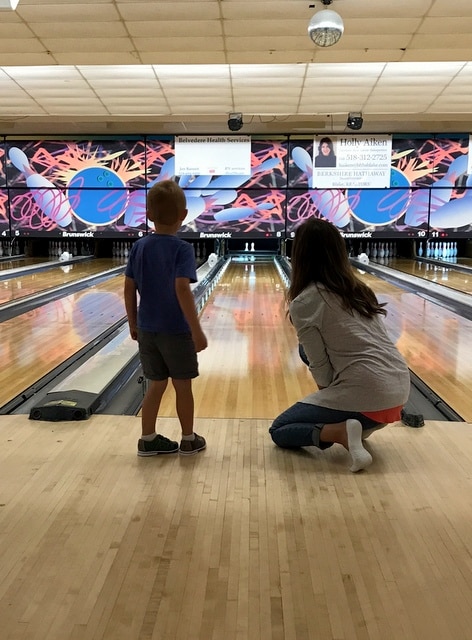 After bowling was over, we headed back home and I finished decorating Lucas’s birthday cake (he requested chocolate + my favorite homemade vanilla buttercream) before my mother-in-law came over to watch him for the afternoon and Jay and I both headed back to work. 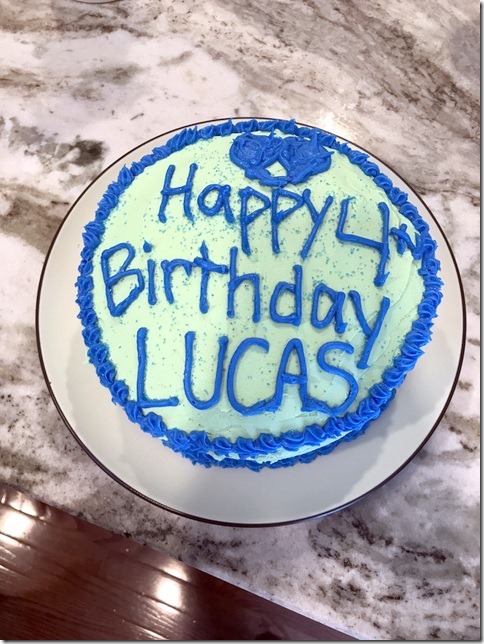 Later in the evening, my parents, brother, and mother-in-law were all there for a simple dinner (burgers + hot dogs), presents, and cake + ice cream! 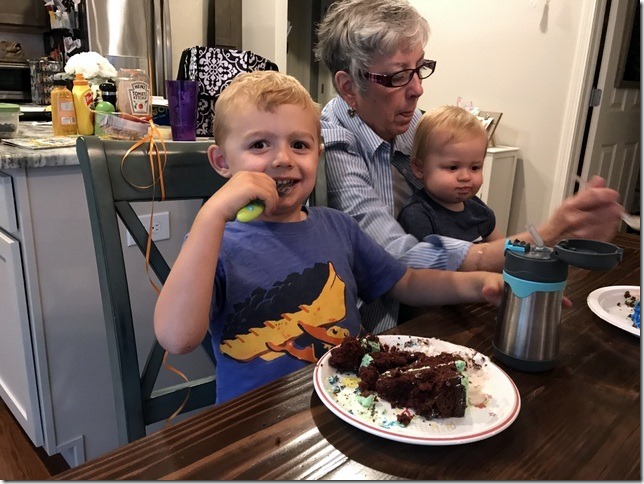 Lucas was spoiled with all sorts of Monster Jam trucks (I’ve lost count on how many we have…!) and fun games, and it was just a really fun evening. 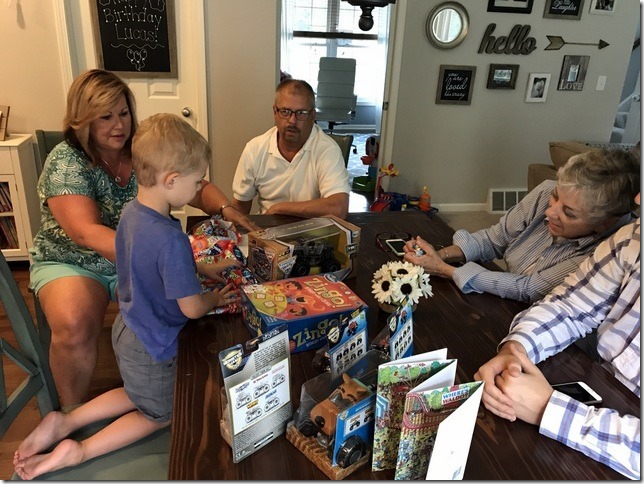 On Saturday, we actually had a picnic to attend at the boys’ daycare. 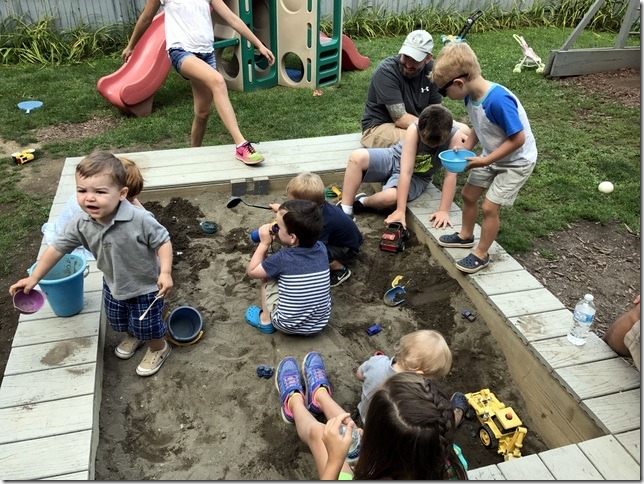 All of the kids had a great time playing, while the adults (sort of) got to chat (as much as you can when you’re chasing around kiddos, right?). 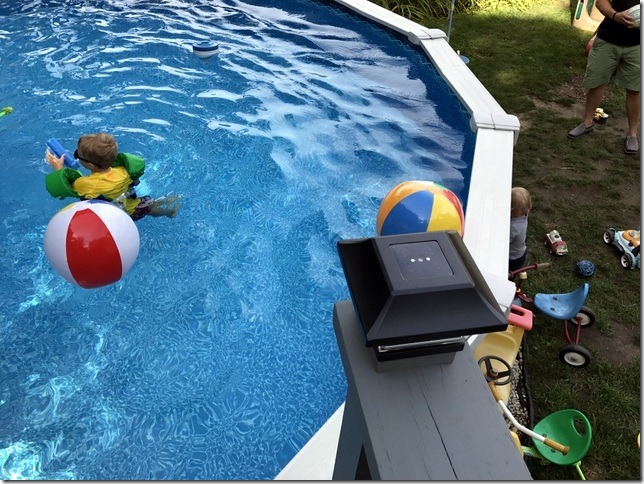 And Lucas even got to have a little special birthday song and cookie cake at the party, too. He was so excited to celebrate! 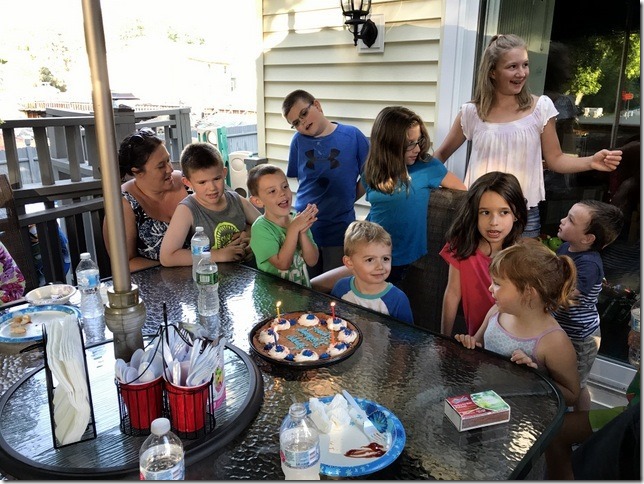 Then on Sunday, we had a low key gathering with some of his neighborhood buddies + cousins. 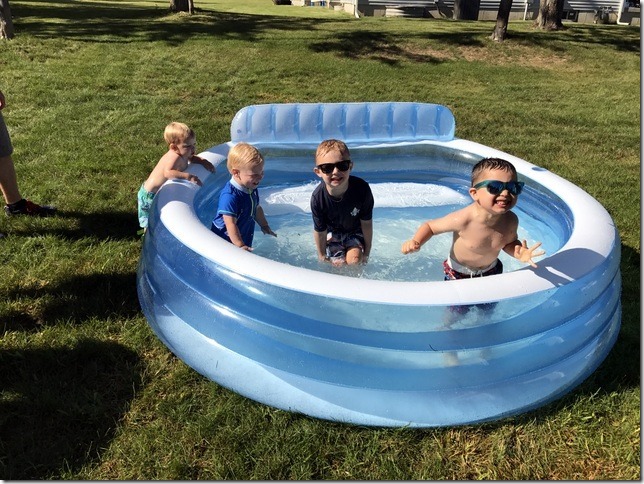 The weather was perfect all weekend, and really couldn’t have asked for anything better! 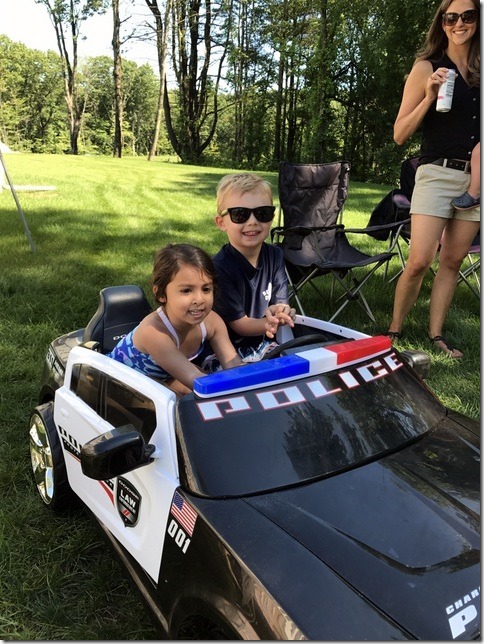 I kept the food super simple by ordering a bunch of pizza and throwing together a couple of quick side dishes, including this wedge salad dip. It was SO easily, and I would highly recommend it!! 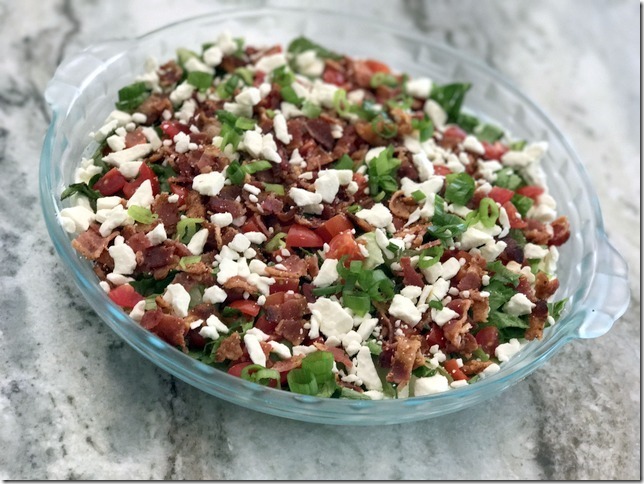 After dinner, it was time for cake once again (so. much. cake.) and the last singing of the birthday song (as he told me later that night, “mom, no more birthday songs anymore, right?!” HA, what a kid…). 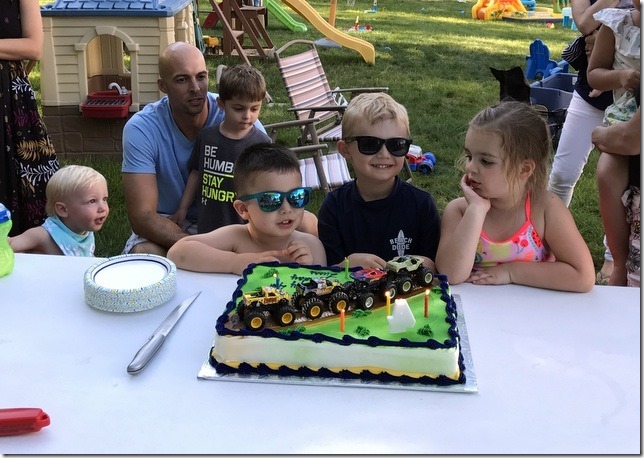 The kids all thoroughly enjoyed their frosting and then had some fun helping Lucas open up his gifts. 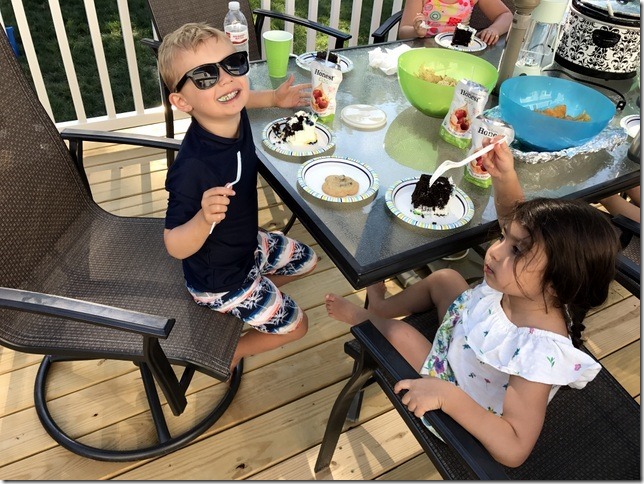 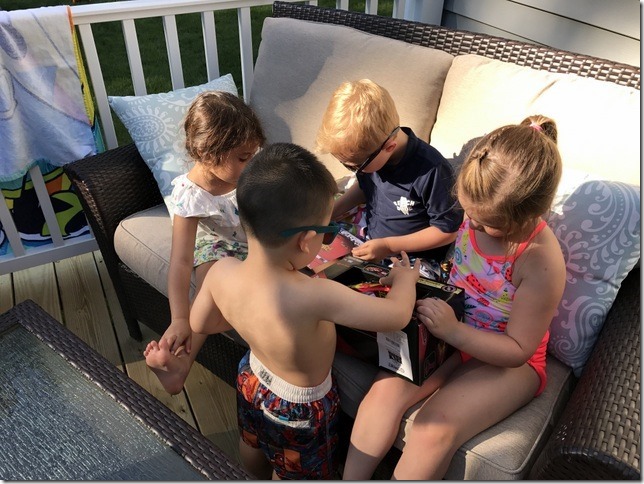 It was a busy and fun-filled few days, and I think this kiddo definitely started off his fourth year with a bang! Now it’s back to reality…that is, after Jay’s birthday tomorrow, of course. ; )

Hope you all had a great weekend! <3

« Lucas Turns 4! {Reflecting on This Past Year}
My Balanced Body Labs Kit Results {+ a Giveaway!} »