Last week was a tough week, and was one that I think we were all ready to put behind us.

After my father-in-law’s funeral on New Year’s Eve, we stayed fairly low key that evening. We had no plans of doing much of anything, but wound up having our cousins Sarah, Jeff, and their little boy Chase over for a few hours to hang out and have some food. I didn’t wind up taking any pictures, but we all had a really nice time and it was so great to be able to focus on something different and positive.

I’m pretty sure they left somewhere around 9pm, we put Lucas to bed, watched an episode of Making a Murderer (ARE ANY OF YOU WATCHING THIS ON NETFLIX?! OMG…), and were both asleep before midnight. Neither of us had any desire to stay up to watch the ball drop…we were just wiped.

A few days before, I had asked Jay if he’d be willing to let me bring him somewhere to celebrate our anniversary, which was on January 2nd. I obviously would have completely understood if he wasn’t going to be up for anything, but he surprised me and said he thought it would be nice to get away for a bit. So that’s exactly what we did. 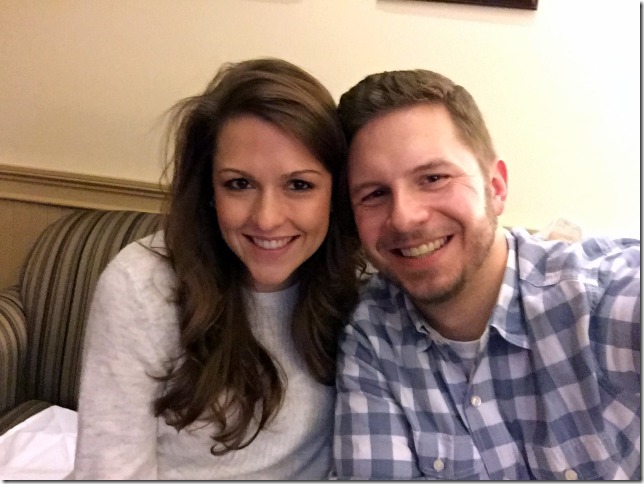 On Friday afternoon, my mother-in-law came over to stay with Lucas, and Jay and I headed up to Saratoga for the night for a stay at Longfellows. I honestly cannot believe we’d never been there before, with living only 30-40 minutes away, but I was SO glad we did. Plus, being given fresh cookies upon check-in is always a good sign. 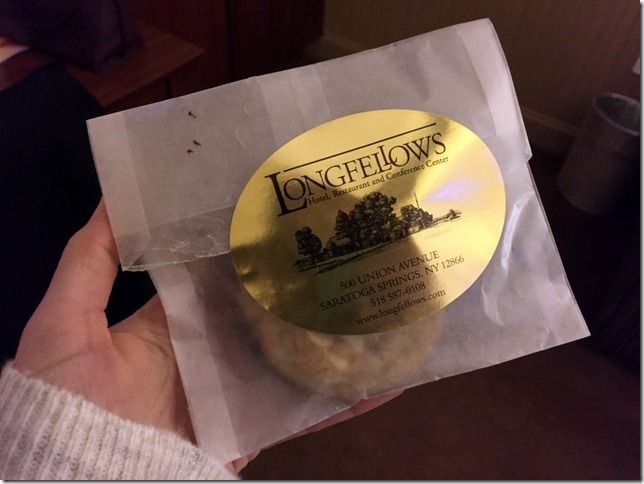 We had a simple but great room, complete with a loft. 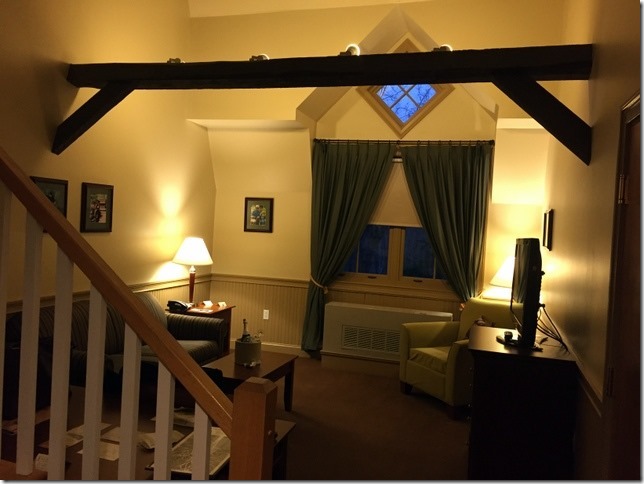 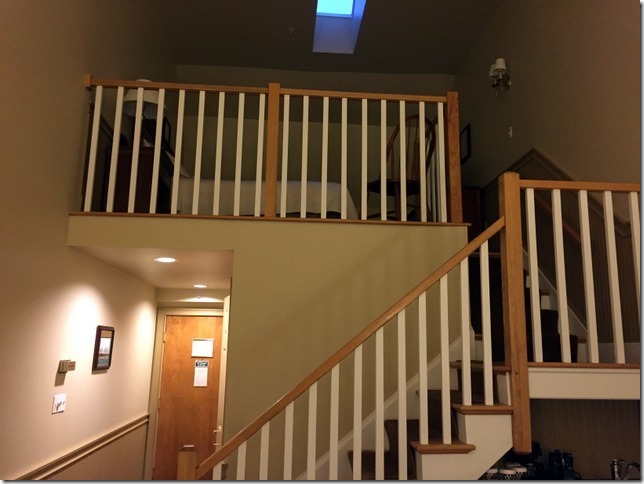 And upon entering the room, we were also greeted with chilled champagne and chocolates. Hey, at least one of us got to enjoy it… 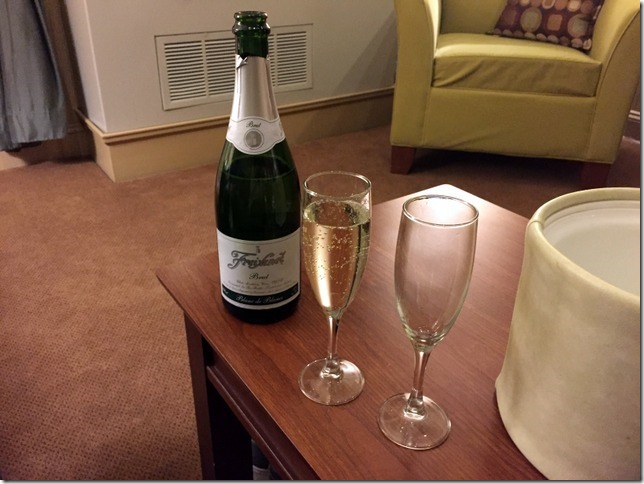 I ended up booking one of the packages that they offer, which comes with a four course dinner. I had made dinner reservations for 7pm, but since we arrived shortly after 4pm, we decided to get settled in, watch a movie, and order our appetizers up in the room. 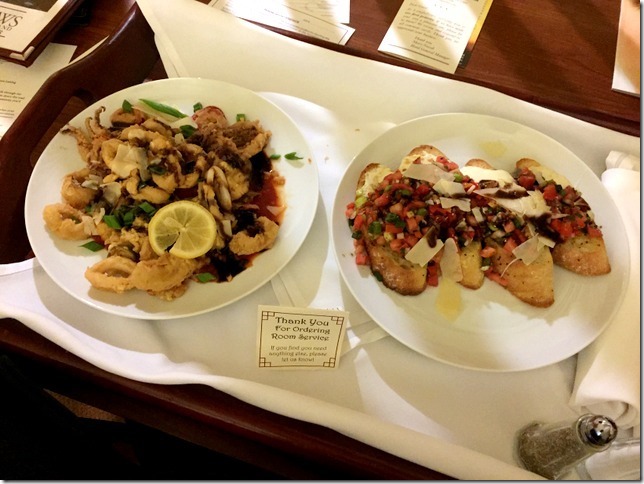 The calamari was good, but the bruschetta was AMAZING. Seriously, so good! Almost as good as my attempt at this pic. 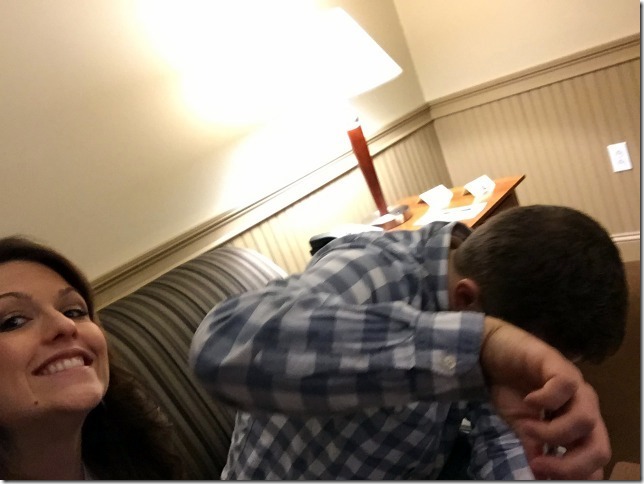 A little while later, we headed down to the restaurant for dinner. There was a wedding reception going on in another area, and we joked all night long that we would have crashed it if we’d had enough to drink. Maybe if my drink wasn’t a mocktail, I would have had the guts to do it. 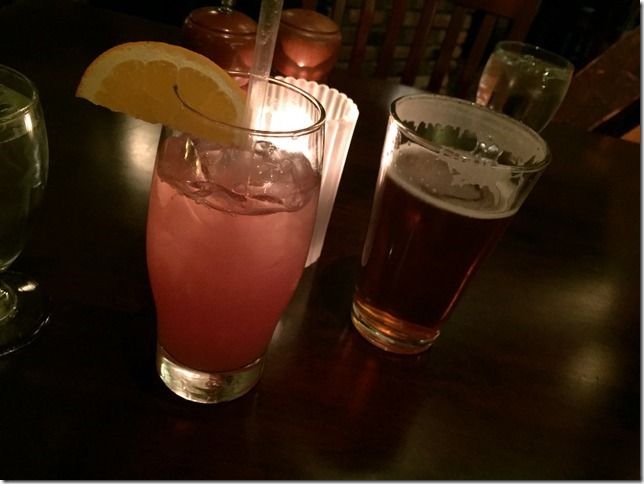 The second course of our dinner included soup or salad, and I kept things simple with a house salad which was great. 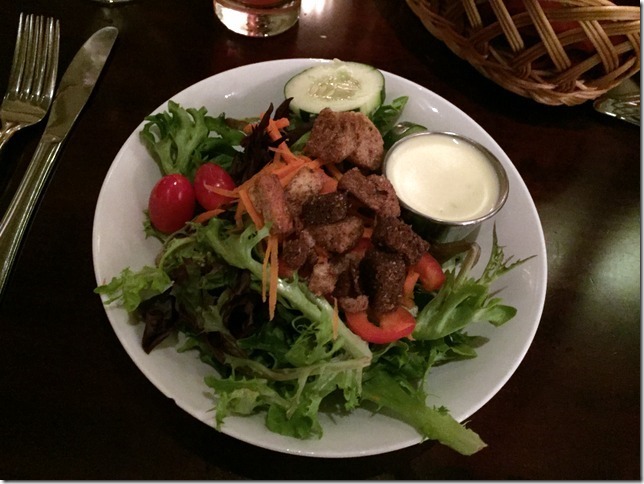 The dinner though? Oh. my. god. My iPhone picture will never do this dish the justice it deserves, but mannnnn, it was incredible. A filet mignon topped with feta cheese and a smoked bacon sauce of some sort which was unlike anything I’d ever had. Pure perfection. 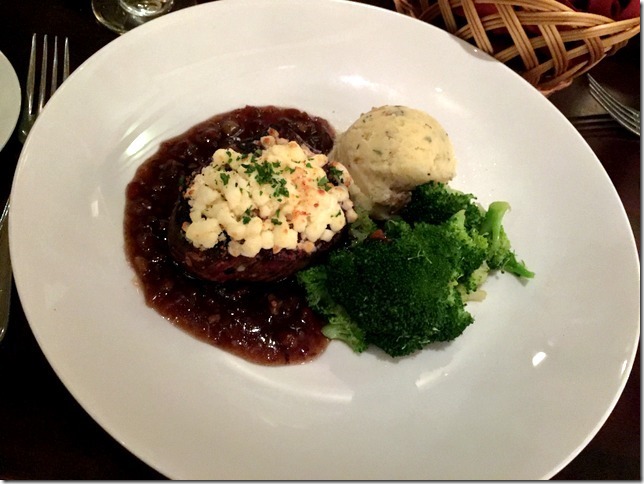 For our final course, we were each able to choose a dessert, even though we were both already feeling like we were busting from the seams at this point. We shared some bites of a brownie sundae and an apple crisp a la mode, before finally throwing in the towel. 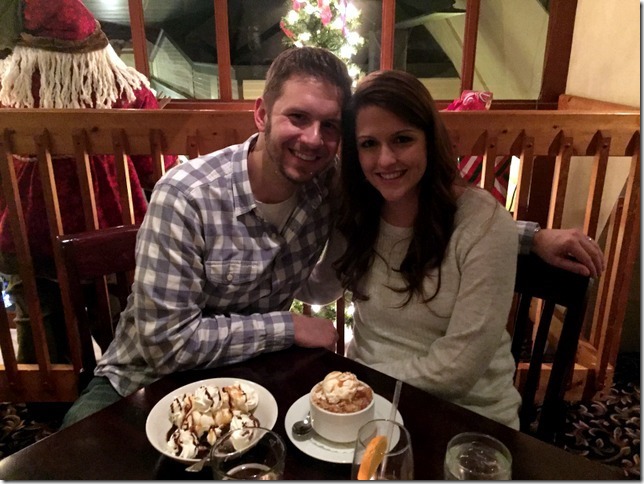 The night was honestly just so great. We were able to sit and really talk, which I felt like we hadn’t been able to truly do in weeks…maybe months. With everything that had been going on lately, much of our interactions had been very surface level; but that night, I felt like we were able to really connect again and it was just awesome. Definitely a great way to celebrate six incredible married years together. <3

On Saturday morning, we woke up, got ready, then stopped at the continental breakfast before departing. The breakfast spread was fairly simple, but it filled us up and worked just fine. 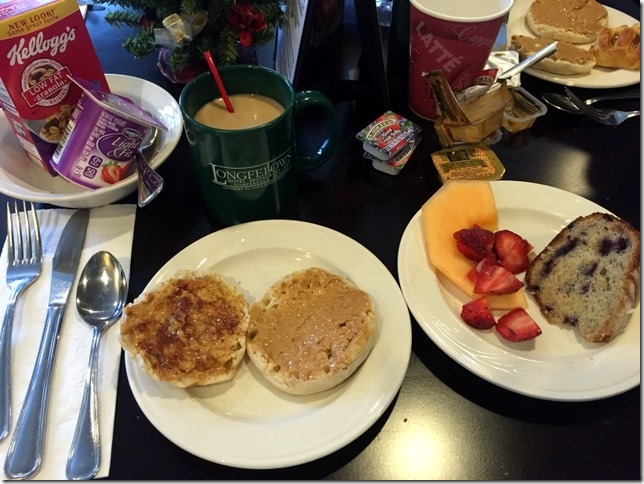 Once we left there, we went and ran a few errands before heading home to relieve grammy of her duties and hang with Lucas. As great as it was to get a bit of a recharge and have some time to ourselves, we’re always excited to get back to see our little guy!

The rest of our weekend wasn’t all that exciting, and I realized I don’t have too many pictures to account for the rest of it either, but sometimes it just happens.

In the next few days, I’m looking forward to sharing some of the different goals that I have for 2016, and I’m hoping to be able to hear some of yours, too!

I hope you all had a great New Year and have started 2016 off on the right foot. Here’s to another great year, and I look forward to spending it all with you! <3

« Reflecting
2016 Goal: Give Social Media a Time and Place »